Toronto, ON – Mitsubishi has been clear about its plan for the next several years: increase the number of SUVs on its roster, and move towards greater electrification in its product offering. The new Mitsubishi Eclipse Cross is a symbol of this plan to renew the brand, and the timing of its arrival is impeccable given that the industry as a whole is turning ever-greater attention to the red-hot utility segments.

The 2018 Mitsubishi Eclipse Cross was the last vehicle to be developed before Mitsubishi became part of the gigantic Renault-Nissan conglomerate in 2016 in the wake of the fuel-consumption scandal in Japan. It slides into the brand’s roster between the RVR and the Outlander, two older models that follow a more traditional approach to the utility genre.

Mitsubishi delved into its own past to come up with the Eclipse name: for some 25 years, the company produced a sport coupe that captured the attention of many driving fans in its lifetime. Now it will be up to consumers to decide if they embark on this new chapter for the Eclipse… Cross!

A sprinter at the starting line
In comparison with its two Mitsubishi stablemates, the Eclipse Cross sports a more dynamic silhouette, with dramatically-shaped windows on the flanks, and especially with a rear end that really starts all the way up at the front doors and runs along the vehicle’s sides to the rear lights. What’s more, the two sets of rear lights are connected by a band that crosses the vehicle’s rear, almost as if to give the Eclipse Cross a second spoiler to complement the one sitting on top of the rear window.

Mitsubishi says the design of its new ute is inspired by that of a sprinter crouched in the starting blocks. You can argue whether it actually evokes that or not, but you can’t really argue with its originality. The front section is not quite as striking as that “twin-spoiler” back end, but originality is at play there too, what with the front grille supported by a gloss-black plastic panel placed between the headlights, which themselves are suspended above chromed branches that extend to the anti-fog lights. All of it rides on standard 18-inch alloy wheels that properly fill the space under the SUV’s muscular wheel arches. These design elements are part of the automaker’s wish to infuse each of the model’s trims, even the entry-level ES, with as much charisma as possible.

Improvements inside
Mitsubishi could have taken the easy route during the development process of the Eclipse Cross. That the new SUV rests on the same platform as the one underpinning the RVR would have made it possible to simply borrow the latter’s interior environment. I’m glad to say that the design team worked from a blank slate… or almost!

The dashboard, while unlikely to win any awards for originality, does present differently than other models in Mitsubishi’s stable. Its soft-touch surface is another pleasant surprise, while the 7-inch touchscreen follows the trend by inserting itself directly within the dashboard. I actually found this one hard to access, and it explains why there’s a touchpad to the right of the gear lever. Although, it feels like it was added in at the last minute, and it’s not as ergonomically friendly as the one you’ll find in a Lexus, for example. Plus, this “integrated mouse” forces the driver and the front-seat passenger to be careful where they place their fingers, lest they do something unintended with smartphone-type gestures. In other words, best use that touchpad only when the vehicle is stopped.

In its costlier GT version, the Eclipse Cross comes with standard head-up display, a useful gadget for maintaining a constant speed and likely to help you avoid speeding tickets. One more point: the glossy black finish sure adds to the appearance of the dashboard, but over the long haul it could well start to look worn.

Panning back to look at the Eclipse Cross in its entirety, the new SUV fits into the compact category; it also offers drivers an easily optimized driver’s position thanks to the many ways they can power adjust the seat as well as the steering wheel. That wheel is pleasant to hold, while the paddle shifters are large enough to allow for good times when hitting those winding country roads.

The front seats provide support conducive to sporty driving, and second-row space is actually quite remarkable for a compact SUV. That both sections of the rear bench can slide forward helps increase the cargo space available in back, and even better creates more legroom for passengers. I’m also glad to report that headroom in the back is adequate.

A new engine
The Eclipse Cross is also the first vehicle from Mitsubishi to benefit from a new 1.5L 4-cylinder turbo engine with direct injection. Maximum power output is 152 hp, while torque can hit 184 lb-ft starting at 2,000 RPM. The only available transmission is a CVT, and all trims get the manufacturer’s excellent all-wheel drive system. Like many other models currently offered on the market, the Eclipse Cross offers a manual mode accessed via paddle shifters on the steering column (or the gear lever); unfortunately, there’s nothing really sporty about the eight “programmed speeds”. Another element the Eclipse Cross shares with other CVT-equipped models is the number of decibel produced by the mechanics that produce increased RPM when you floor the accelerator. Happily the engine does settle down noise-wise once you get up to cruising speed.

At the wheel
In spite of the predictable effects created by its powertrain, the Eclipse showed a lot of good things during the road test. Sound insulation inside is exceptional; we took it over gravel roads and we could still carry on a conversation… at least when the engine was not revving at high RPMs.

The steering was also pleasantly surprising, proving quite precise in accordance with the road conditions. Even better, the firmness of the chassis helps the vehicle absorb much of the road’s imperfections, despite running on 18-inch wheels. The S-AWC all-wheel drive has already proven its worth and provides extra reassurance when at the wheel of the new Eclipse Cross. During our test week we even thanked Mother Nature for having sent us a spring snowfall to allow us to test out the capabilities of the small SUV.

Conclusion
With a starting price of $27,798, the Mitsubishi Eclipse Cross does aim itself at consumers with some financial means. While the manufacturer insists that its target market is young professionals, there’s no guarantee that that’s who will buy the thing.

Mitsubishi, in its presentation, also mentioned as targets the Hyundai Tucson and Mazda CX-5, two well-entrenched SUVs. It will be interesting to gauge the reaction of consumers when the new Eclipse makes its case (by the way there’s no point holding your breath for a revived Eclipse coupe, the company has no plans to bring it back).

Our first contact with the new Mitsubishi Eclipse Cross was an overwhelmingly positive one, and don’t forget the manufacturer’s 10-year new-car warranty, one of the best on the market. But will these selling points be enough to carve a place for the model in its competitive segment? Time will tell… 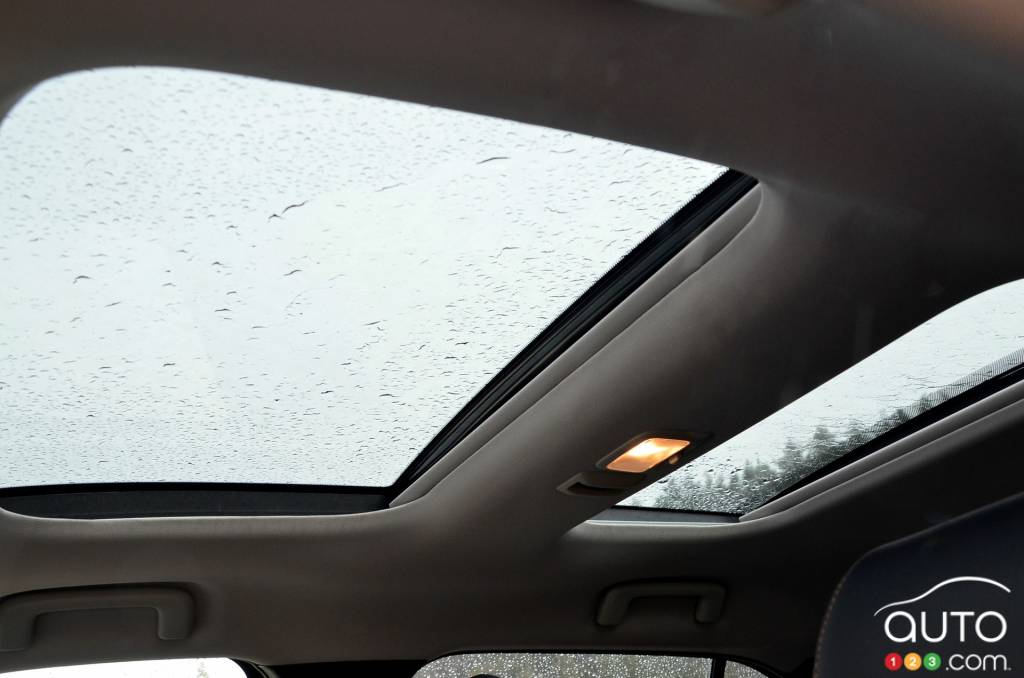 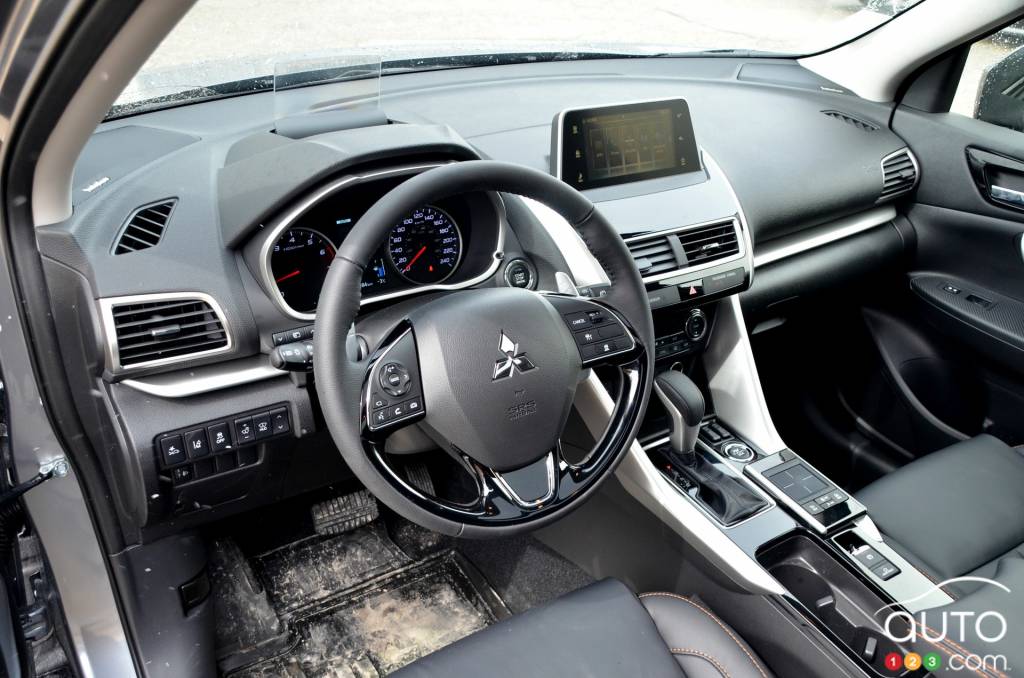 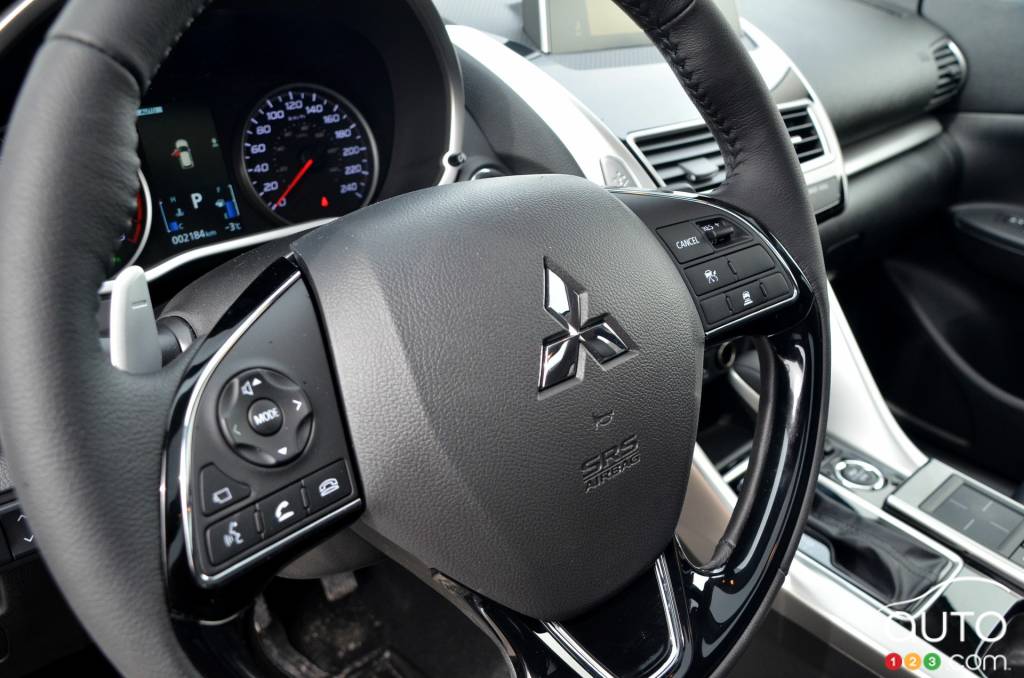 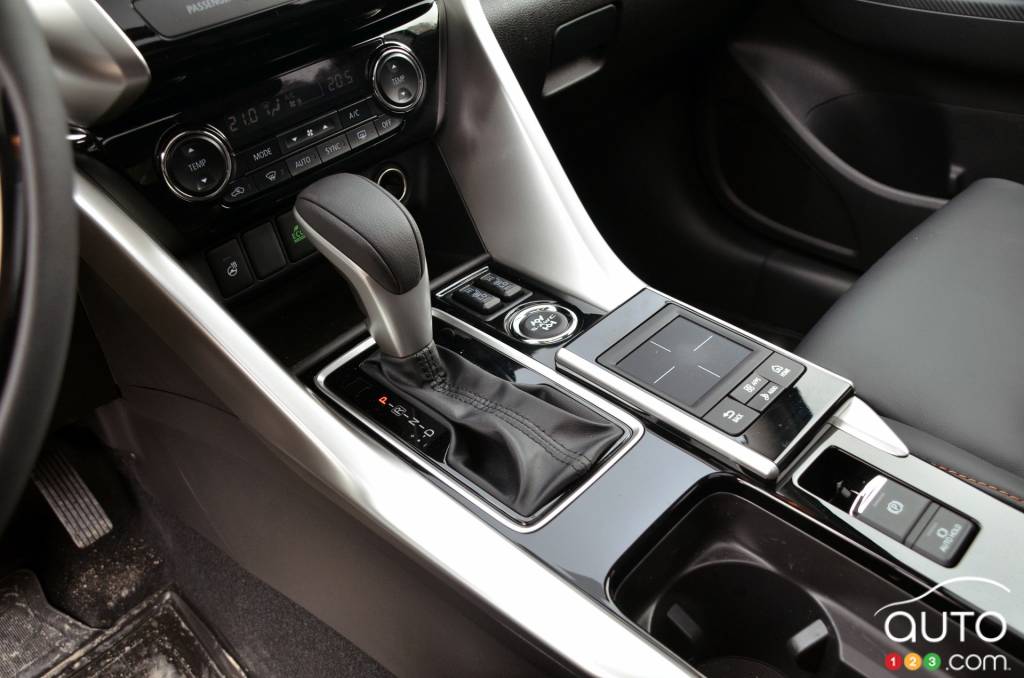 Contrary to earlier speculation, the new Mitsubishi Eclipse Cross will not be replacing the automaker’s RVR in its lineup, but rather slot in between that SU...

Articles By
Vincent Aubé
Top 10 Vehicle Interiors in 2020 According to...
Article
Speed Dating: We Spend an Hour With the 2021 ...
Article
The Vehicles with the Best Retained Value, Ac...
Article
More from this author