Alright, quick show of hands: What is the third most powerful model in Porsche’s current lineup, after the 887-hp 918 Spyder and 700-hp 911 GT2 RS? We know there technically isn’t a 2018 model year of the former, but we’re including it here for reasons that will become clear in a moment.

It can’t be the Cayenne Turbo S, right? As successful as Porsche’s big SUV has been, there’s no way they’d allow it to keep a spot on the Porsche power podium. Well, you’re right about that, but we’re willing to bet that the bronze medallist here will still surprise you, and may even have you raise your eyebrows a little.

The third most powerful model in the Porsche lineup is not rear-engined, it’s not rear-wheel drive and it doesn’t even have a traditional powertrain. Instead, it has a hybrid powertrain (hence the 918 Spyder connection), albeit one that’s pretty far removed from your Toyota Prius or Hyundai IONIQ, consisting in a twin-turbocharged V8 and a 100-kW electric motor. Getting a better picture now? It’s—wait for it—the new 2018 Porsche Panamera Turbo S E-Hybrid, which produces a combined 680 hp and 568 lb-ft of torque. Oh my!

I guess you could say that it’s a bit of heresy that the third most powerful model in the Porsche catalogue is a hybrid, but since the company’s latest hypercar was a hybrid itself, it makes total sense.

The future or Porsche performance

At the launch of the Panamera Turbo S E-Hybrid on Vancouver Island, the Porsche folks on hand basically said that they know hybrid and EV technology is the way of the future, and as a performance brand they have to show that their models could work in these circumstances (an all-electric Porsche is coming, too). To push the point even further, during the event it was announced that Porsche would be putting a stop to their Le Mans prototype racer program to focus on developing their entrant for the FIA Formula E Championship.

It seems that everything is coming up EV and hybrid at Porsche. So what does that do for the Panamera?

Well, on the surface, not a whole lot as it gets many of the same “Hybrid” styling touches as does the standard E-Hybrid such as acid yellow brake calipers and badging. With the Turbo S E-Hybrid, however, you get the addition of standard ceramic brakes, air suspension and 21” wheels for a more grounded stance. Asked if any braking power would be lost due to having to compensate for regenerative braking, the reps assured us that the massive 10-piston brakes up front and 6-piston brakes in the rear are more than up to the task. We would soon find out as we’d be putting the 2018 Porsche Panamera Turbo S E-Hybrid through its paces on both road and track.

The first impressions you get when you start up in either environment, however, is that it’s not all lip service; this is a seriously fast car that will get the better of you if you don’t give it your attention.
The electric motor is great because it not only allows you to cruise up to 140 km/h without burning a single fuel particle, but it also comes into play when you consider the more performance-oriented aspects of the car. In addition to making a bunch of power on its own, this motor steps in once the throttle is depressed to help alleviate the turbo lag felt by the V8 engine. Further, throttle response changes depending on how aggressively you depress the throttle, and how far down. It’s a neat trick Porsche has pulled, and while it works for the most part, I still didn’t quite get the immediacy I thought I would on tip-in. It makes for smoother progress while cruising, though, and for an executive car like this one, that suits just fine.

On the other hand, when you find an empty road to open it up, get past that slight throttle delay and just sit back—well, you don’t sit back so much as you’re forced back by the swell of torque you’re unleashing—as the scenery begins to blur at a faster and faster rate, quite unbecoming of what is essentially a 4,000lb luxury monster.

For the moments you aren’t going full chat, Porsche has included a number of creature comforts. The centrally mounted 12.3” infotainment screen is massive and includes so much information that it will take you a while to get a grasp on it all. The audio and navigation controls are straightforward enough, but this particular Panamera’s E-Hybrid designation means it gets a whole other sub-menu for the various EV drive modes: EV, Hybrid-Auto, EV-Charge and EV-Hold. The last one manipulates the climate and powertrain to ensure that the battery charge is maintained at whichever level it was once EV or Hybrid-Auto was activated, done so by spinning a wheel attached to the steering wheel hub. EV-Charge does what it has to do to return full charge to the battery, while Hybrid-Auto is there to provide the best of all worlds, using both the gas and EV motors to travel as efficiently as possible.

It’s a lot to take in, but you’ll find out as we did that it all has a noticeable effect on your progress. EV range, meanwhile, is rated at 50 kilometres from a full charge, which requires 2.4 hours using a 240V outlet. Indeed, we found during our brief time with the car that the range was pretty accurate, with the odometer ticking at about the same rate as the EV battery would drop. Of course, a few clicks in traffic in EV-Charge mode would reverse that. Pretty slick stuff.

Open road conquered, time to hit the track!
The Vancouver Island Motorsport Park resides about an hour’s drive north of the B.C. capital of Victoria. Not only is it a serpentine route, but one with some drastic elevation changes and the camber changes that inevitably come with that. It’s not typically a place for a big car like the Panamera—the Porsche instructors themselves admitted that during our pre-game briefing—but that’s precisely why it was selected: to show just how capable this big, beefy car is.

It’s particularly the case when you have the available rear-wheel steering installed, which is standard on the long-wheelbase Executive model and optional here. Basically, the rear wheels are given 1.5 degrees of rotation to keep you stable when changing lanes and speed, and making it easier to navigate tighter areas.

As we found out, however, they’re also there to add extra agility to the car even in extreme track conditions. If the system senses you’re coming into a turn too quickly, the rear wheels work in unison with the torque-vectoring system to help swivel the car through the turn. It’s quite something to feel like you’re running out of track, only to have the rear wheels step in and actively swing that big rump around.

The hardest part was finding just where the limits of the Panamera were on the track. Even after numerous laps, I was sure that the fast turn 1 sweeper could be taken quicker, quicker and quicker still, so planted, responsive and confidence-inspiring was the E-Hybrid’s chassis. Even with the extra 130 kilos added by the lithium-ion battery back, this is a car you can hustle thanks to that massive power output.

More excitement to come
How Porsche has managed to siphon some hybrid tech from a halo car like the 918 Spyder and apply it to a mainstream model like the Panamera is a masterstroke, if for nothing more than to show that hybrid need not mean “efficiency above all and driving dynamics be damned.” That’s the real take home with the 2018 Porsche Panamera Turbo S E-Hybrid, and it sets the stage for what could be a very exciting next few years in the world of hybrid and EV power at Porsche. 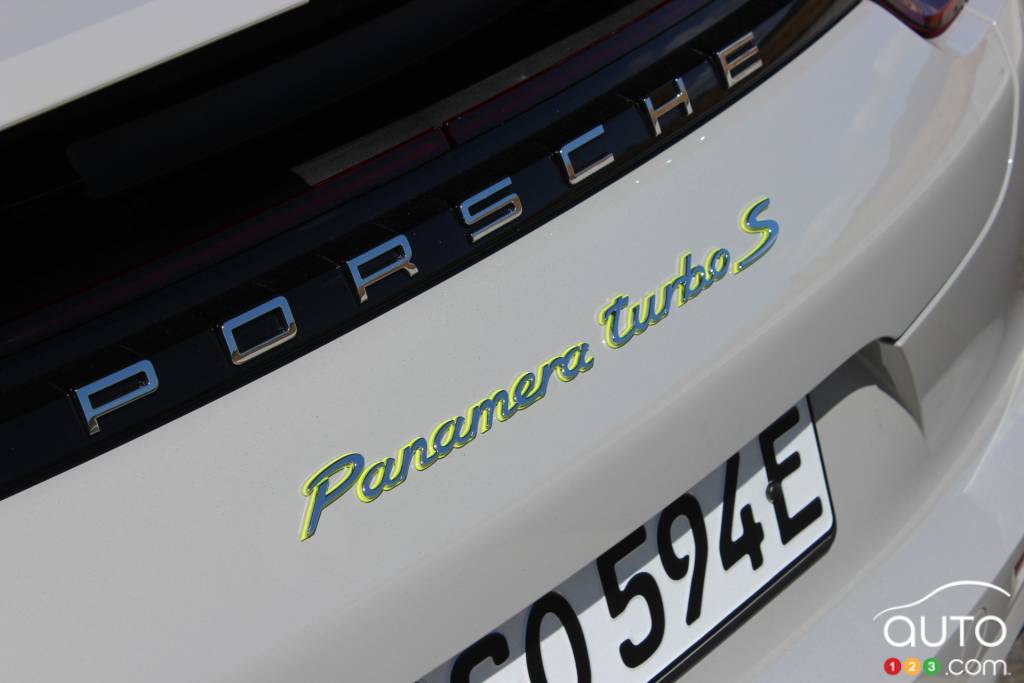 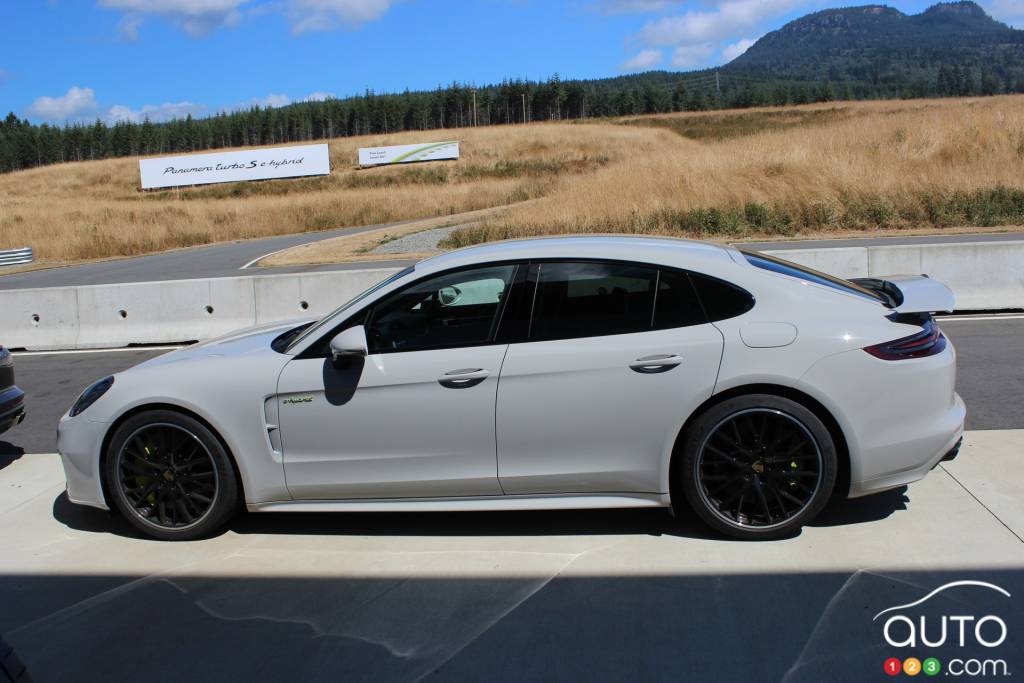 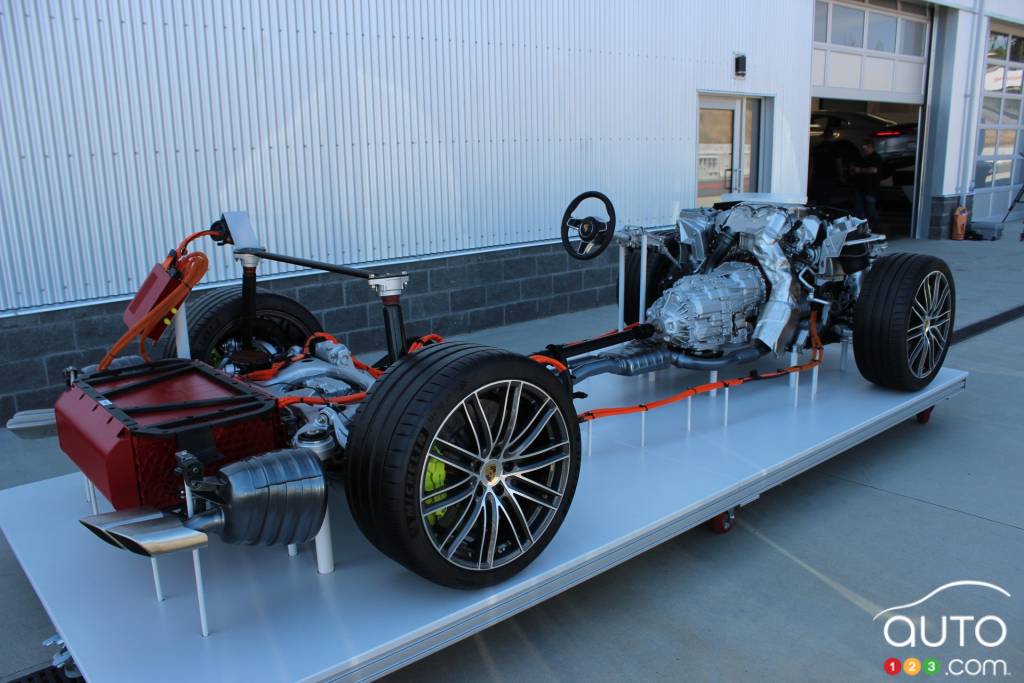 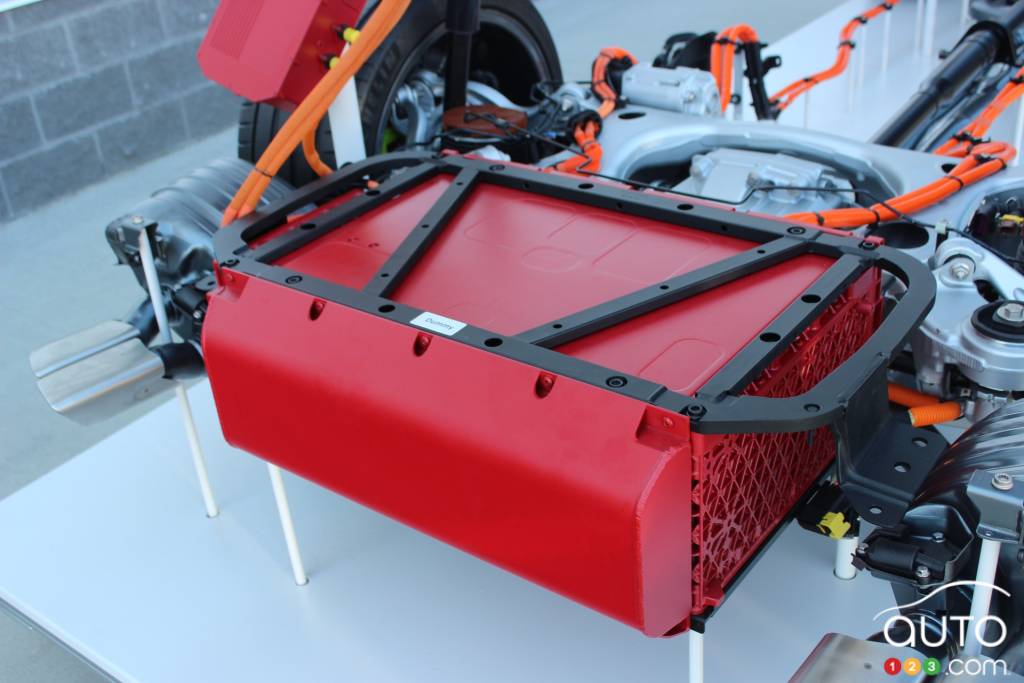 In 2018, the 911 Carrera T is among the brand’s most affordable models, yet it still manages to outdo the base Carrera version, thanks mainly to a few modifi...

680 hp and amazing acceleration in a fuel-efficient package? Porsche has announced another addition to its lineup of hybrid models, with the Panamera Turbo S...

Are you a fan of the Porsche Panamera? The German automaker is bringing you Christmas in March, at the 2017 Geneva International Motor Show. The new Sport Tu...