Mont-Tremblant, QC – History repeats: Porsche’s engineers have once again found a way to enlarge the 911 family in 2018. 50 years after the introduction of the first 911 T, the new 2018 Porsche 911 Carrera T takes its inspiration directly from that model, which at the time served as the 911 lineup’s entry-level variant, equipped as it was with a less-powerful engine and a “lightened” load in terms of equipment.

In 2018, the 911 Carrera T is among the brand’s most affordable models, yet it still manages to outdo the base Carrera version, thanks mainly to a few modifications that enabled engineers to reduce its weight while increasing the driving experience. It didn’t take much arm-twisting to convince me to venture from home for a special drive between Ottawa and Montreal, with a stop in Mont-Tremblant, Quebec along the way.

Here’s what came out of that exciting drive.

So, what is a 911 T?
The “T” designation signifies Touring, which is a sure indication of the automaker’s intent to render the driving dynamics of the car sharper by at least a notch. Not that the other 911-badged models are boring to drive, mind you, but the willingness of Porsche’s brain-trust to produce models that push the envelope just a bit farther is clear, and salutary, as is the company’s attention to detail.

The thickness of the side and rear windows, for example, has been reduced, while the door handles have been replaced by belts, like in the RS versions of the 911. In addition, the insulating material is not as heavily used here - which means that those who can’t handle hearing the tires when driving at high speed should probably stay away from the 911 Carrera T! In fact, we should be clear that this car is not really recommended for daily use, especially in heavy-traffic urban areas.

The standard-issue version of the model comes without a rear bench, or a PCM (Porsche Communication Management) entertainment system, though Porsche will be happy to add either one of those options, at no extra cost. Not having these elements, though, means the 911 Carrera T drags some 20 kg less around than a similarly equipped 911 Carrera.

The particularities of the model don’t end there. The side stickers on each of the doors are obvious enough, as is the small spoiler sitting at the base of the front shield. On the flanks, the Agate Grey mirrors provide an extra splash of distinctiveness, while the rear badge is also anthgracite-coloured. The sport central exhaust system comes standard, as do the 20-inch alloy wheels borrowed from the Carrera S. Take note that the model we drove on this trek into the Laurentians was equipped with Carrera Sport alloy wheels, optional on this variant.

Inside, the more eagle-eyed observers will notice the smallness of the gear shift lever that controls the 7-speed manual gearbox. In this model, the stick is shorter – a detail that actually helps make gear-shifting more efficient. It’s also possible to dress up the Carrera 911 T with Alcantara leather on the steering wheel (for an extra $1,040), while the option of adding carbon-fibre moulded seats clearly is aimed at purists who will on occasion take their Porsche on to a closed track. These $5,940 buckets are pretty incredible when cornering, but the trade-off is that they’re less fun to get into or out of.

Porsche also offers the possibility of including the rear steering system, not offered on the base-model Carrera. Add to the equation the lowered (by 20mm) suspension as well as the Sport Chrono package, and you’re just made your ride that much more delectable.

The basic architecture of the 911 T is unchanged, the Carrera T being based on the regular Carrera. This means the 3.0L flat-6 twin-turbo engine remains in place. It delivers identical power (370 hp) and torque (331 lb-ft) as what you get from the Carrera.

However, because of the shorter ratio of the rear axle and mechanical limited-slip differential, the Carrera T is actually slightly fleeter of foot: it can accelerate from 0-100 km/h in 4.5 seconds, 0.1 seconds faster than the base coupe. The optional PDK transmission takes another 0.3 seconds off this time, though it will set you back another $4,250.

At the wheel of a special 911
We don’t need to point out that every 911 is special, but when you’re talking about a re-issue, there’s added sentiment that comes in on top of the emotion felt driving the only sports car available on the market that runs on an engine placed behind the rear axle.

As mentioned, getting into this 911 and its moulded seats requires some acrobatics. But once ensconced, the driver and passenger are firmly anchored into their enveloping cocoons. No additional adjustment is required, with the exception of setting the optimal distance between the seat and the pedals. The steering column is also adjustable, making finding the ideal driving position that much easier. As in the 911, this aspect is primordial in the eyes of the manufacturer.

At startup, the boxer engine roars to life like a beast, and in fact it can be made even more expressive thanks to the little control knob integrated on the steering wheel. I’m talking about the one that allows the driver to instantly modify the car’s character. Normal mode keeps the car’s adjustments at their most gentle (best for in-city driving), while Individual model enables setting the type of suspension, of steering and of mechanical response preferred. The Sport and Sport+ modes sharpen the car’s reactions.

I don’t need to tell you that on the winding itinerary we followed on our day trip, those last two were the most common modes used. The steering is heavier, the suspension is firmer and the mechanics are more incisive and produce sweeter music than ever. With the sport exhaust and the shorter gear knob, driving the 911 Carrera T is downright seductive, and makes you want even more. Alas, posted speed limits put a brake on that, so to speak. You’re left feeling like there’s another level of speed-and-road-handling nirvana that remains untapped.

The last word
My colleague sitting to my right made the point the 911 Carrera T is not as fast as the 911 Turbo, and he’s right; that higher echelon is designed for seriously outrageous acceleration. But just to be contrary (and for the fun of it), I took the car down to third gear and punched down on the accelerator, and in the blink of an eye we had attained an outrageous speed. Not quick, the Carrera T? I’m not ready to say that! Besides which, on our crowded roads, 370 horses is more than enough to have some serious fun, the kind that turns you into a grinning 6-year-old. 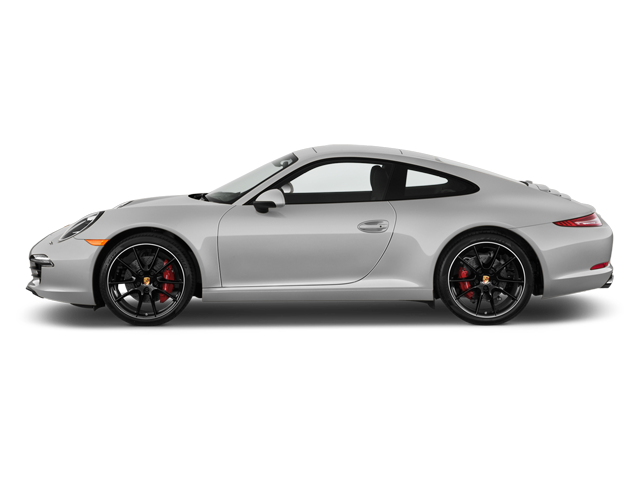 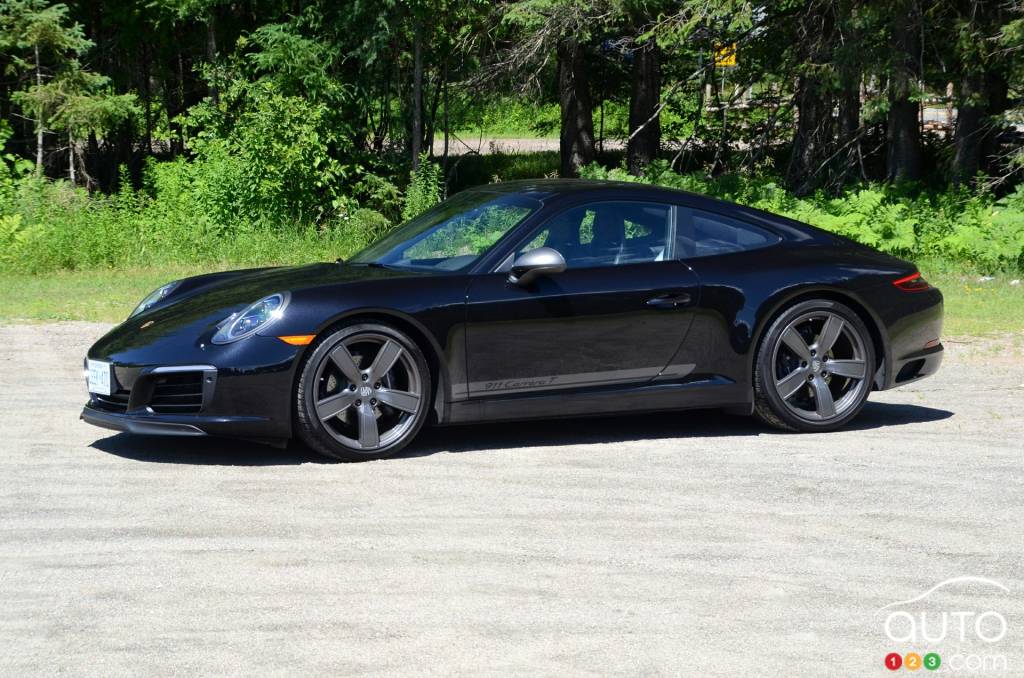 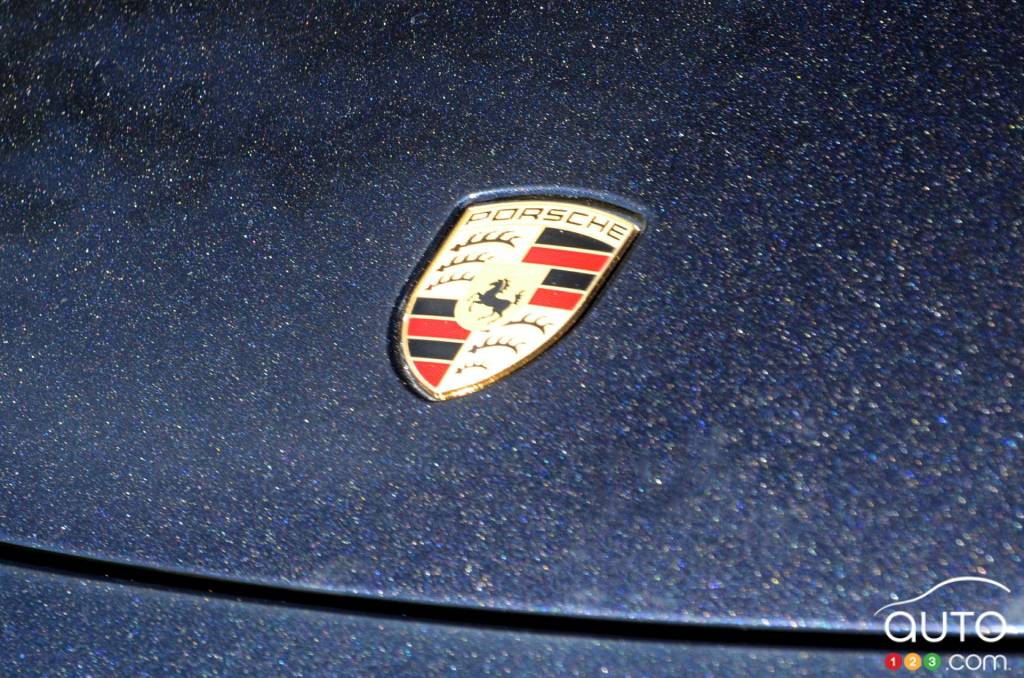 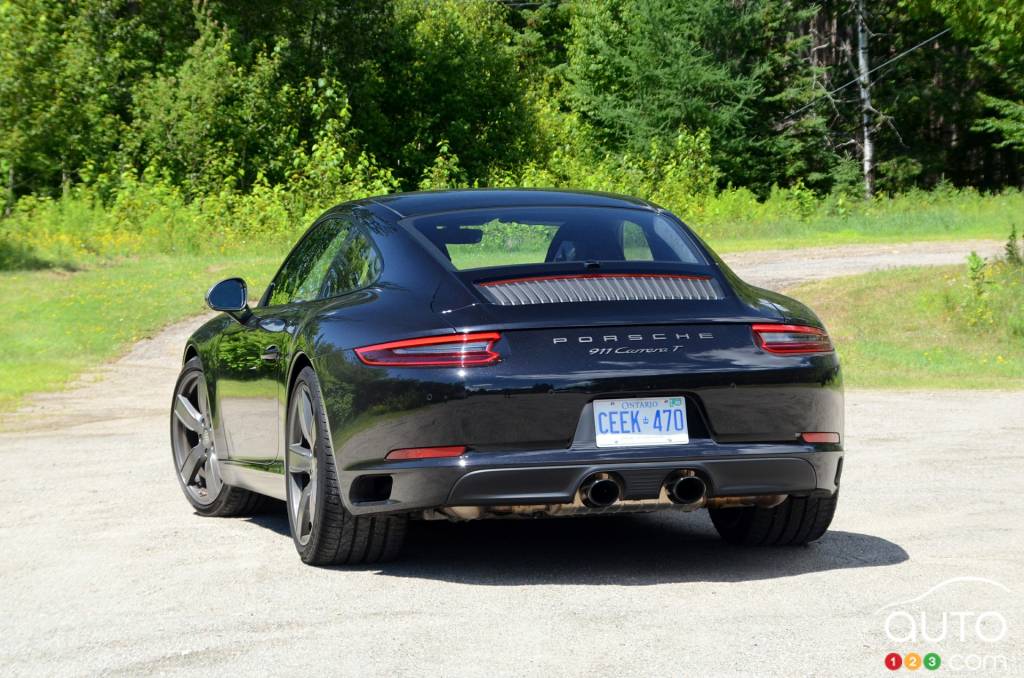 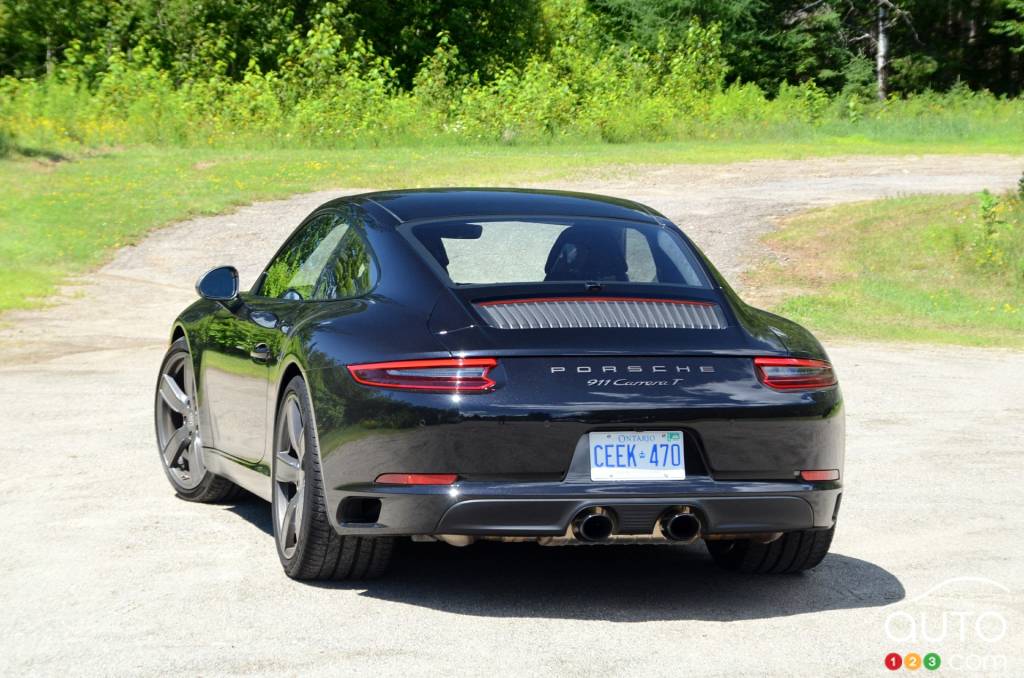 Lighter, more performance-minded and more stimulating to drive - the new version of the 911 takes inspiration from a classic introduced back in 1968. It feat...

How Porsche has managed to siphon some hybrid tech from a halo car like the 918 Spyder and apply it to a mainstream model like the Panamera is a masterstroke.