Let’s indulge in a bit of revisionist history and imagine a world in which the Porsche Cayenne has not been a success. The Stuttgart-based manufacturer, stung by the setback, decides not to pursue the venture. Maybe the Panamera sedan doesn’t then even see the light of day. The ramifications of the German company’s failure spread further afield in the automotive industry to competitors as well.

Fortunately for Porsche, the Cayenne did succeed, and the carmaker has successfully introduced utility models like the Cayenne and the Macan, but also the Panamera sport sedan. In the past year we’ve even seen introduced a wagon form of that model, the Panamera Sport Turismo.

Here’s a review of a prestige car that now ventures onto the turf of the wagon, or as they say on the Old Continent, shooting-brake.

For 20 or 50 litres more?
The appeal of a wagon lies of course in the rear, where the stuff goes. Cargo space is generally substantially larger than in other formats. In this case, however, the Sport Turismo is not THAT much more generous: cargo space is boosted by 20 litres in this long-roof version. When the rear bench is folded down, that goes up to 50 litres more.

The takeaway from this is that the fastback form of the sedan is not in the end all that penalizing when you compare the two car bodies. This could be why the automaker estimates that the Sport Turismo makes up only 10% of Panamera sales.

For some, the era of the wagon has long since passed. Since its heyday in the 1970s and 80s, the form has gradually given way to first minivans and then SUVs. Still, in the view of some hardy purists – and possibly a majority of automotive journalists, by the by – the utilitarian aspect of a wagon combined with its sedan-like behaviour makes for a combo that’s hard to beat.

In this case, we’re talking more specifically of the marriage between a comfortable and superbly designed premium wagon and the monstrous power of a hot rod equipped with a 550-hp V8! So as a car that can be used to ferry the kids to school during the wheel and then take off through the mountains come the weekend, Panamera Sport Turismo turbo is in a class of its own.

A shape without artifice
We should mention that the highest-performance member of the Sport Turismo clan – if you set aside the Turbo S E-Hybrid, for those who want even more – displays a wonderful sense of discretion. Apart from the rectangular exhaust tips and the special badging on the lid of the trunk, there’s not much to give away the fantastic capabilities of the 8-cylinder engine lodged under the hood.

The car we got for this test drive was equipped with a set of optional 21-inch wheels, which adds $4,920 to the price tag, and with black contouring on the windows (an extra $680). Also included in this model were the tinted adaptive LED position lights, good for another $960.

Tried and tested recipe under the hood
At the same time as Porsche continues to prepare the long-awaited Taycan, its entry into the all-electric vehicle segment, this turbo variant makes use of the good old 4.0L twin-turbo V8 delivering a wholesome 550 hp and 405 lb-ft of torque. Like all Panameras, this iteration gets a very effective 8-speed PDK dual-clutch transmission, while all-wheel drive is another welcome piece of equipment given the cavalry raging under the hood.

Meanwhile, the available rear-axle active steering is a more-discreet bonus that you won’t notice in daily driving but is worth mentioning, even if it does entail forking over another $1,840.

Cozying up to perfection
As the years go by Porsche just seems to get better and better at producing very high-quality interiors. Life is good aboard the Panamera, in other words. The materials are of premium quality, even if in my opinion the over-abundance of black throughout the cabin can make for a lacklustre ambience on road trips. Fortunately, my tester had the optional carbon fibre package ($1,140), which adds some verve to the dashboard and steering wheel and to the space between the front seats.

In back, access to the “2+1” seats is made a bit easier thanks to the elevated roofline. Porsche gives that second row a “2+1” designation, which is a bit of stretch; the +1 will have a rough go of it being stuck in the middle over the transmission tunnel.

At the wheel
The Panamera delivers an impressive drive, no doubt about it – especially when stacked up against other Porsche utility models. Not that the Cayenne and Macan are dull to drive, but the low centre of gravity of this shooting-brake gives it more in common with the 911, the standard-setter for what a Porsche should drive like since the 1960s.

As it happens, Mother Nature was kind to me during the time I had the Panamera Sport Turismo. A fresh dump of snow was my chance to see just what the car’s all-wheel drive system was made of. First order of business was to deactivate the anti-skid system, which loosed the car to slide a little. This was a simple affair to control (translation: it’s hard to lose control when doing drifts in a car this long!).

Also, need I point out that a 550-hp V8 is a great solution to the problem of getting a 2,035-kg vehicle moving? The transmission is a marvel, except maybe when you’re driving in the city where some standing starts require a bit more pressure on the accelerator. Once in motion, however, this German wagon goes like a train. Big, comfy and quiet (except when passing), the Panamera Turbo Sport Turismo has the quality of inspiring confidence at all times. There is of course the slight inconvenience of the lack of an Autobahn and its lack of a speed limit in Canada to take it out on…

The incident
Unfortunately, my otherwise faultless test drive was marked by a rather impressive malfunction. On pushing the button to open the power hatch, the panoramic sunroof broke into a thousand pieces. And not only did the glass roof shatter, but the hatch itself came off its hinges. Impossible for me to determine the exact cause of the malfunction, though I suspect that a piece of ice probably got lodged between the hatch and car’s chassis. When the hatch started to open, that ice accumulation forced the hatch and the glass sunroof, causing some significant damage to this superb piece of German engineering.

It’s not the first time that our Canadian winter has gotten the best of a vehicle, and it certainly won’t be the last, but still I was surprised by what happened to the Panamera. All the more so because two hours earlier I had opened the hatch without any problems. The Sherlock Holmes in me deduced that the ice had formed in the intervening two hours. In any case, here’s hoping this was an isolated freak incident, because notwithstanding this freakish event this is one of the best super-wagons available on the market! 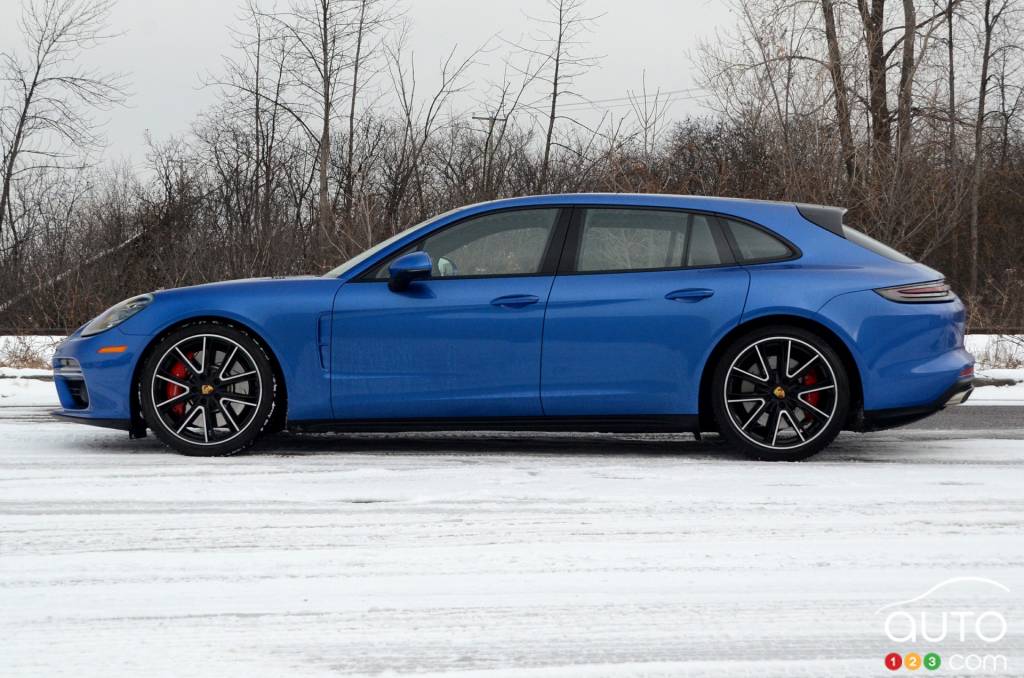 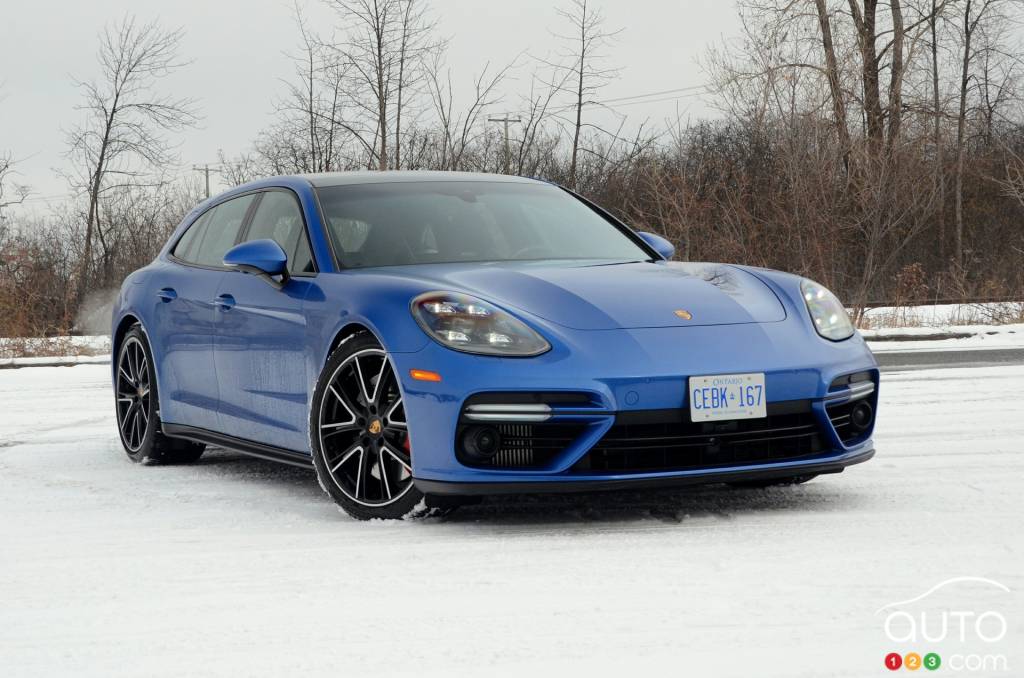 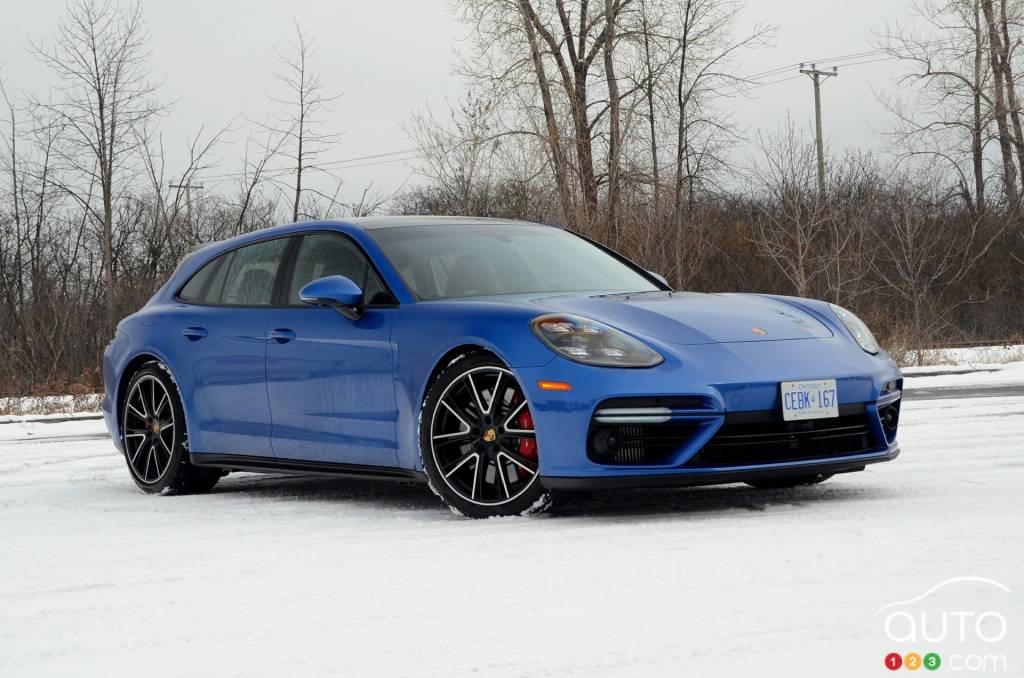 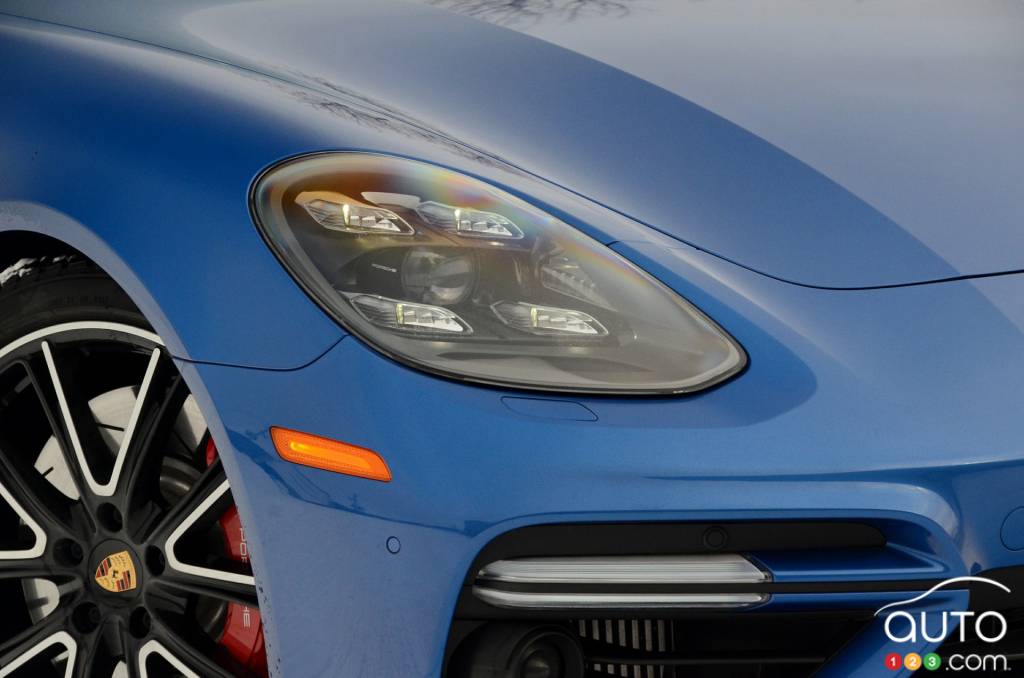 Are you a fan of the Porsche Panamera? The German automaker is bringing you Christmas in March, at the 2017 Geneva International Motor Show. The new Sport Tu...

Articles By
Vincent Aubé
All-New 2022 Volkswagen Taos To Get an All-Ne...
Article
Polestar Confirms Production Version of the P...
Article
75 Percent of Reservations for new Bronco wil...
Article
More from this author