Plano, Texas — Over the years, the successive editions of the Toyota Camry all had one vexing point in common: they were uniformly dull to drive. They were reliable all right, and well-assembled, and durable as heck, but if you were looking to take some real pleasure from driving, you were always left wanting more.

Things did improve when the current generation now heading for the exit hit the market. The folks at Toyota were so proud of their accomplishment they invited automotive journalists to the track at Charlotte, in South Carolina, so that we could test the new edition in depth. They even brought in NASCAR driver Kenny Wallace to help us discover the virtues of the car as passengers at high speed on the track. The exercise was a useful one, largely because the new Camry did perform more dynamically than its predecessor.

Now, that model’s successor, the all-new 2018 Camry, has been with us for a few weeks, and once again the company set out to show us just how sporty a car its mid-size sedan has become. Same formula, then, though this time our test session took place at Texas Motor Speedway. It’s worth noting here that the car’s contours were designed to optimize the aerodynamics of the Camry participating in the NASCAR Monster Energy championship.

Futuristic look
At Toyota, and at Lexus for that matter, the main focus of designers has been on vehicles’ front ends, for example with the addition of more-aggressive-looking grilles. Now it’s the Camry’s turn to get its very own pugnacious snout. The motif on the grille is minimalist, its V shape largely open, adorned by the brand badge front and centre and bookended on either side by tapered headlights. The visual impact is accentuated by openings at each end of the bumper, which itself incorporates a large air-flow grille. We should point out that the new Camry’s hybrid version sports a much more sedate front section.

This silhouette, with its peculiar elements, is designed to convince us that the 2018 Toyota Camry has performance on its mind and in its guts. And yet, some doubt sets in when you sit down inside it. The dashboard is fairly conservatively designed, in spite of its V-shaped centre section that groups together the main commands. The multimedia screen is pretty small. Still, the quality of the finishing and materials is impressive, with more soft surfaces than in the previous Camry, and the cabin is quite spacious.

On the track
Once out on the impressively large track of the Texas Motor Speedway, we were given the opportunity to drive the different versions of the new Camry on the road circuit located inside the main oval. This was actually my second go-round behind the wheel of the 2018 Camry. In Montreal I had previously tried out an LE version, which is fairly minimally equipped and powered by a 2.5L 4-cylinder engine delivering 203 hp. Given the aggressive contours and the new TNGA (Toyota New Global Architecture) architecture the new model is built on, I’d been disappointed that time by the performance and driving experience it gave me. In fact, it the car itself wasn’t actually at fault, it just fell short of my personal expectations that had been boosted by the radical design changes made to the 2018 Camry.

Now, out on the track, my perception of the 2018 Toyota Camry changed considerably. Why? Because under the hood of the XLE I was now piloting lurks a 3.5L V6 able to generate 301 horses. After a few laps the Camry had convinced me it could lay down very good acceleration, maintain reassuring stability and brake with more-than-adequate power. The steering, for its part, proved to be far less disconnected than in previous versions.

Overall, the next-generation Camry, a significantly more interesting creature than its predecessor, was developed in line with the directive laid out by Toyota head Akio Toyoda, who instructed his designers and engineers to be more creative and make cars that are less sleep-inducing. His wish was their command, apparently.

By offering several engines (including a hybrid powertrain), versions and features, the Camry is well-placed to respond to a wide variety of needs and tastes. And for once, those looking for an agreeable driving experience have not been neglected. The question now is whether the Camry’s eternal rival the Honda Accord (also totally redesigned for 2018) will be able to challenge it in terms of performance and road handling.

Toyota adopts Texas
The Japanese automaker just recently took possession of its new operations centre located in Plano, Texas, which is replacing its old headquarters in California (the company’s North American design centre will remain at that facility). At first glance the move may seem an odd one, given the attraction of the west coast lifestyle. On a practical level, though, the more-central relocation allows Toyota to optimize communications across the breadth of the continent.

They say everything’s bigger in Texas, and the new Toyota campus is no different. The facility’s engineering, finance, research and development departments are spread out over seven different buildings, all of which meet the latest work-environment and ecological norms. The complex cost over $1 billion US to build, and will be able to accommodate at least 4,000 workers once all of its departments are fully up and running. On the ecological front, the complex includes over 22,000 voltaic panels installed on the roofs of four multi-storey garages; together they produce more than 30% of the energy required for the entire facility. The rest of the needed energy is provided by electricity generated by wind farms located nearby.

The Toyota complex in Plano is in essence a small town unto itself; it has its own doctor in residence, a spa, a gym, more than one grocery store and even a pharmacy. Work spaces are open concept, with variable-height work stations (for those wanting to work standing up), while the multitude of meeting rooms allows employees to hold meetings without disrupting others.

Ed. note: Need another opinion on the 2018 Toyota Camry? Read the review by our contributor Vincent Aubé. 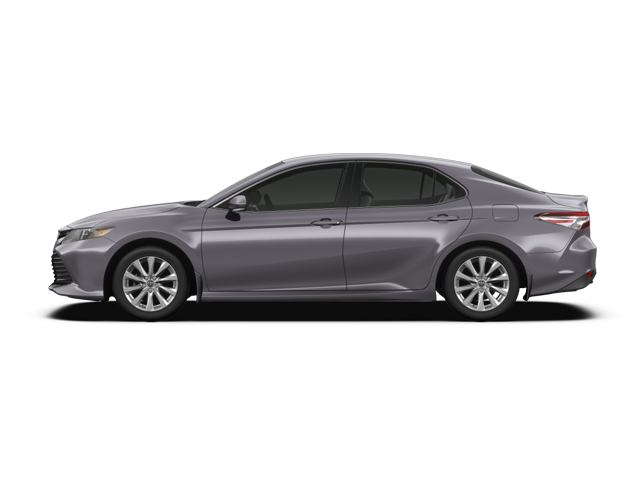 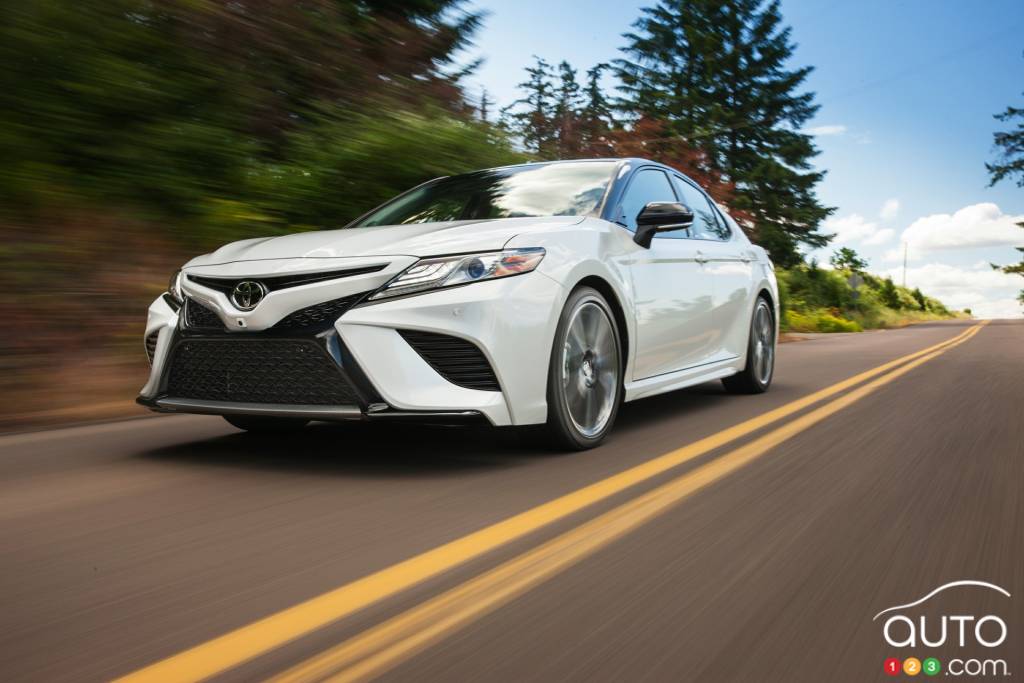 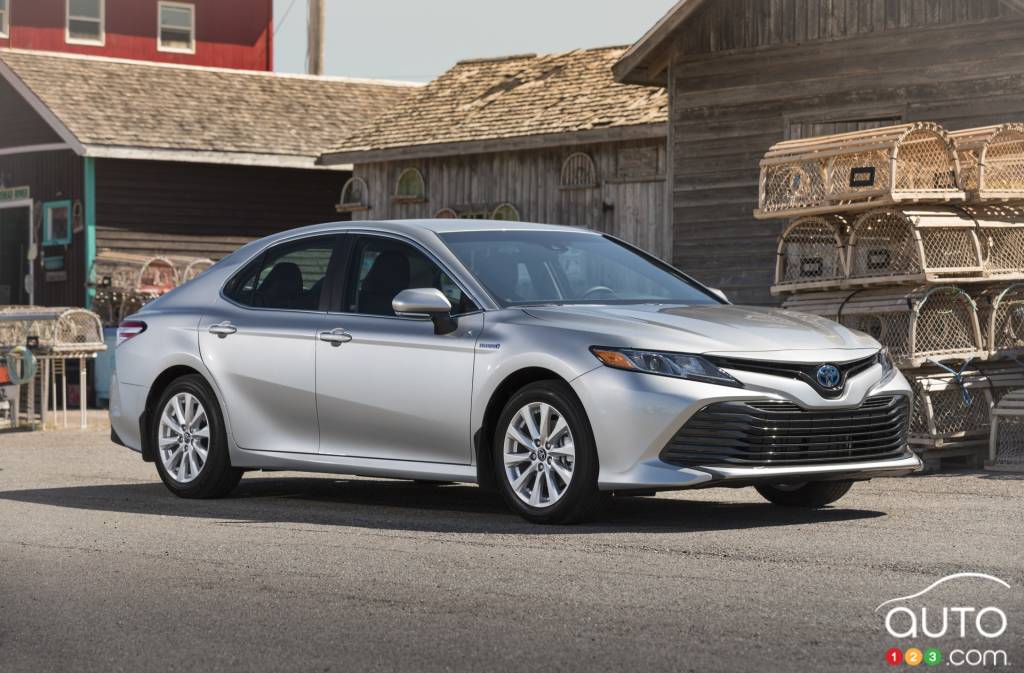 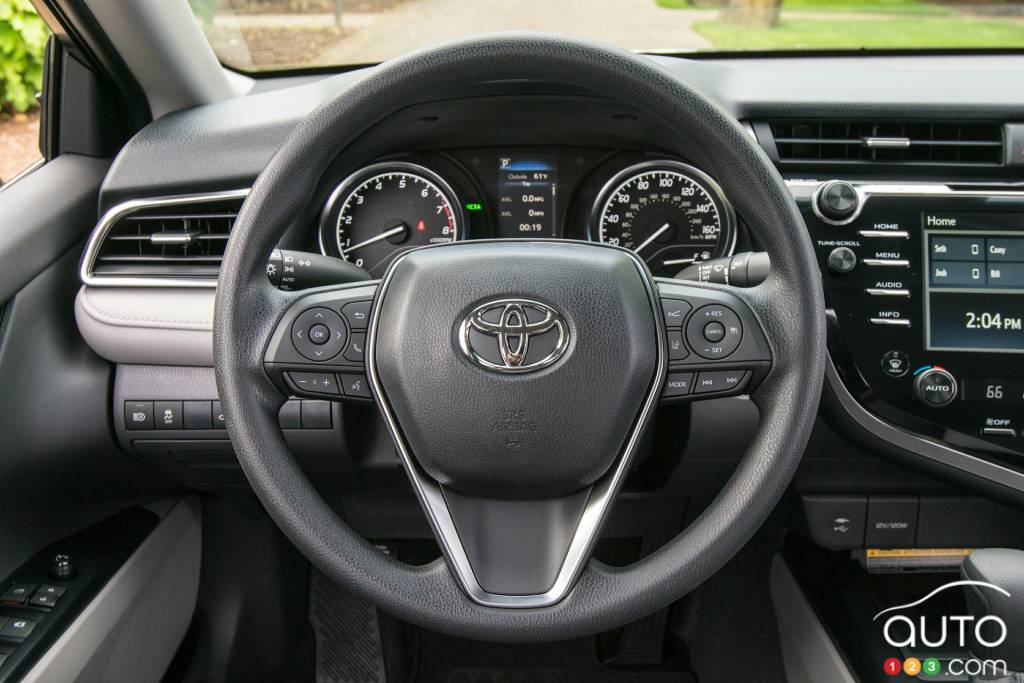 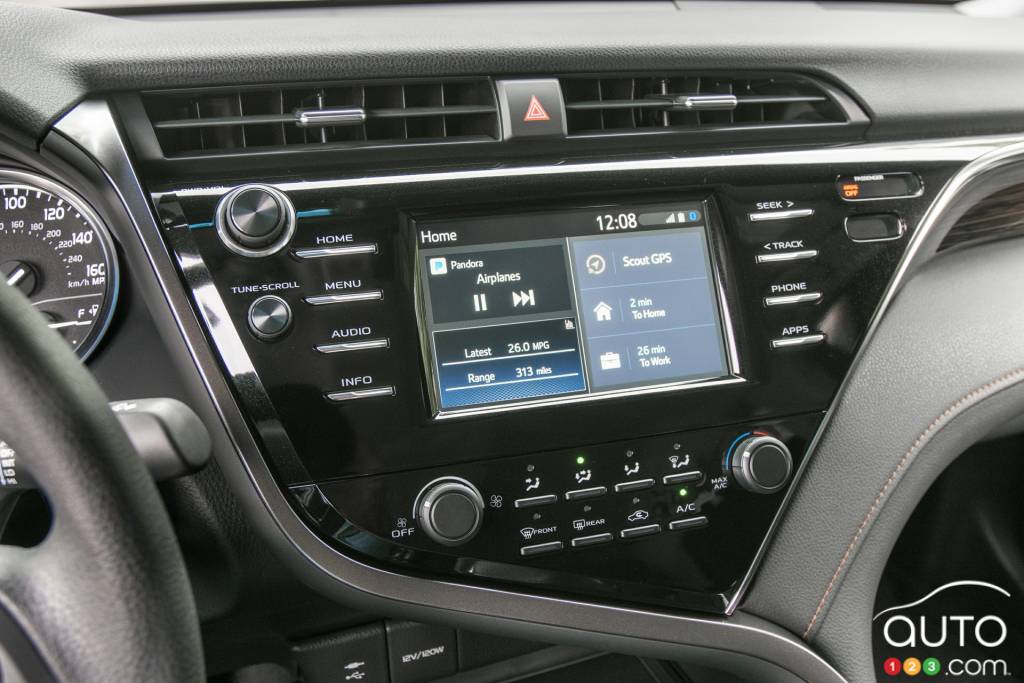 The Honda Accord and the Toyota Camry renew their battle for supremacy with dueling next-generation models, both more sophisticated and attractive than befor...

Far from neglecting its popular mid-size sedan in the age of the SUV, Toyota is offering a multitude of trims, colours and engine setups for the eighth-gener...