You’ll be forgiven for forgetting that the Acura ILX is still part of the automotive landscape. Sedans in general are having a rough time of it in recent years, but beyond that, Honda’s high-end brand has not really succeeded in making its smallest sedan competitive vis-à-vis the likes of the Audi A3.

There’s also the fact that the ILX occupies a particular spot in the hierarchy of premium sedans available on the market. Its level of luxury and standard equipment and its price point place it somewhere between the two stools that are the mass-market compact cars like the Mazda3 and the Honda Civic and the more-luxurious German offerings.

Now, thanks to several well-conceived revisions and tweaks in recent years and again this year, the new 2019 edition of the ILX could finally find its audience.

Acura has been gradually renewing its roster of car products, successfully I should add. Considerable changes were brought to the TLX and RLX models last year, and it was the turn of the brand’s runt of the litter to get updated and prettied up.

I had the occasion to drive the revised 2019 ILX, a premium sedan with a tall task outlined for it: tempt small-luxury-car buyers and convince budget-minded consumers to shell just a little more. 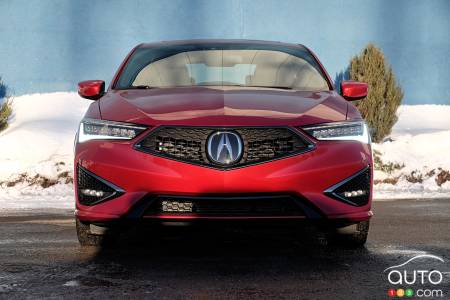 Eyes peeled frontward
The changes brought to the 2019 ILX are mainly esthetic in nature, aside from the new high-performance tires and 17-inch wheels (or 18-inch, in the event you opt for the top-end A-Spec version, which is the one I was given for my test drive).

The aging schnozz of the ILX is no more, replaced by a new, much more contemporary-looking pentagon-shaped front grille; it’s the same one we see on a number of recent iterations of Acura SUVs and cars. It does a lot for the car and better reflects the brand’s status as a premium marque.

Jewel-eye LED headlights are now in place and the new rear lights add an element of aggression, which in passing helps the new ILX look a little less like the old Civic. The trunk has also gotten a mild change to bring the back end’s look up to date as well.

Overall, the new ILX looks sharp and spiffy, and best of all it’s clearly recognizable as an Acura once you shoot it more than a quick glance. It was about time. This Acura wears its skin much more comfortably and has snipped the umbilical cord with its Civic cousin – at least visually.

A-Spec
All new Acuras now come in an esthetically buffed-up version, and the A-Spec treatment really does wonders for the ILX. You get “shark grey” 18-inch alloy wheels, a small piano black spoiler, LED fog lights and the option for red leather seating inside. 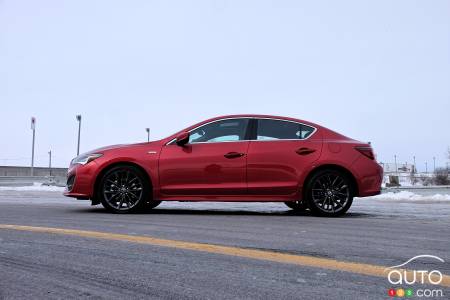 Nice new interior touches
That red leather treatment inside with the top-end A-Spec might be a bit much for some, of course, but it’s still a refreshing step forward in comparison to what was available before. In my case, the tester I drove was red on the outside so got a black leather motif inside. Either way, the quality of finishing is evident and we’re clearly a step up from the Civic here. Is that enough to pry consumers away from their beloved BMWs, Audis and Mercedes? Probably not, although Acura has now made the ILX more tempting for those in that group who are worried about the size of their monthly car payment.

In any event, the ILX provides a very comfortable, upscale environment, and Acura has smartly included a larger number of standard pieces of equipment. The comfortable seats, for example, are power-adjustable and heated.

Space in the front half of the cabin is ample enough given the segment the ILX fits in; in back let’s say the space offered is about on a par with others in its class. 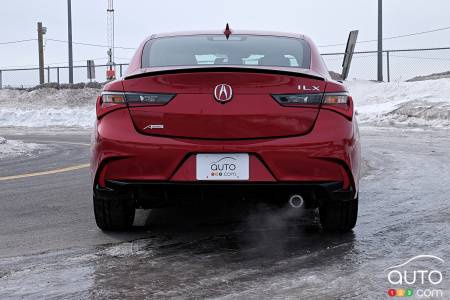 What else do you get? A power sunroof, push-button start and dual-zone climate control, plus there’s a dual-screen interface that uses software that Acura promises makes the system 30% quicker in its responses.

The central screen is 7 inches, which is fine if not huge, and one of the nicer updates is the inclusion of Apple CarPlay and Android Auto integration.

Luxury automakers sometimes have a tendency to overcomplicate things with their tech and interfaces, but Acura has managed to offer a lot but keep it simple. The screens are intuitive to use. On the other hand, maybe putting 19 different commands on the steering wheel was a case of over-enthusiasm. Yes you read that right, 19… 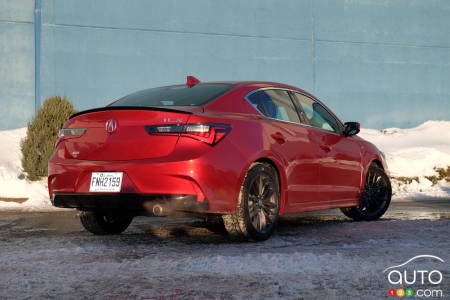 The mechanics
Acura has kept the same powertrain for its ILX for 2019, starting with the 2.4L i-VTEC engine. You could say the automaker is standing still here, but keep in mind that in 2015, the model’s then-2.0L engine only delivered 150 hp. Now, output is 201 hp and 180 lb-ft of torque. This is serviceable, but it’s clear that if Acura decidesto bring out a new generation of the ILX, it will have to boost its arsenal if it wants it to measure up to its rivals, especially those above it who are engaged in an ongoing arms race.

The manual transmission is no longer an option for the ILX, the only unit now available being the 8-speed dual-clutch automatic. But that transmission does excellent work, ensuring shifts that are responsive yet quite smooth.

On the road
That transmission goes some way to explaining why I feel that, for an entry-level sedan, the driving experience the ILX delivers is very impressive. It leans confidently into turns, and it supports its weight well for a front-wheel drive car. 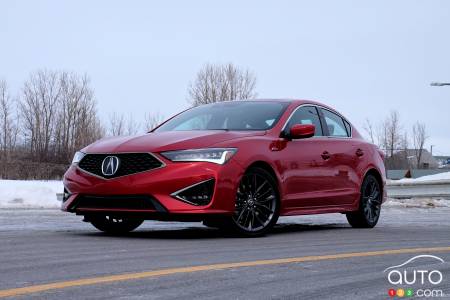 The brakes grip like they should - I found the pedal nice and firm - and the Sport mode makes the transmission more dynamically responsive without affecting the fluidity of the shifting. Needless to say I spent virtually my entire time with the car driving it in Sport mode. What you gain in terms of performance, you don’t really lose elsewhere. The suspension, for example, gets firmer without making life hard on your body.

One thing I did find was that the interior was not particularly quiet, and this is one area in which it clearly falls short of what the German luxury sedans accomplish. This despite the fact that the ILX has, since 2016, featured special acoustic glass and other sound-insulating materials. The sound of the tires still managed to infiltrate the cabin space. To be fair, the car was riding on winter tires, and it was shod with bigger tires on the A-Spec’s 18-inch wheels. Maybe in the summer, on regular tires…

Competition and pricing
The Acura ILX, especially in its A-Spec version, has put distance between itself and its more “pedestrian” Civic cousin, at least in terms of its appearance and level of luxury, and that’s a positive change. But the fact is the 2019 edition is still built on the platform of the previous Civic. Which really means that for the consumer to accept paying more for the Acura (the best-dressed Civic costs just a touch less than the base-model ILX), the ILX has to offer more in terms of refinement and equipment.

And that it does. But while the ILX no longer has to look in the rearview mirror, in front of it, still some distance ahead, are the Audi, BMW and Mercedes-Benz small sedans, which offer a lot more refinement and luxury, along with an extra layer of prestige. In these areas, the Japanese brand doesn’t yet make the grade with what it currently offers. 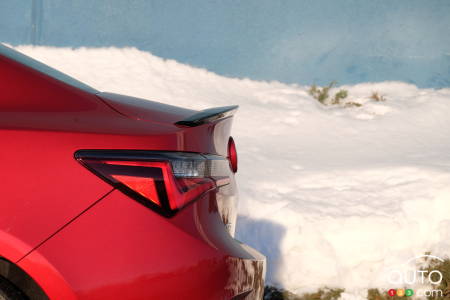 The updated 2019 Acura ILX constitutes an excellent compromise choice between the more high-falutin’ German models and the mass-market sedans like the Mazda3 and Honda Civic. It’s a sporty small sedan that comes well-equipped and is practical to use day in, day out. And it’s prettier than it’s ever been. 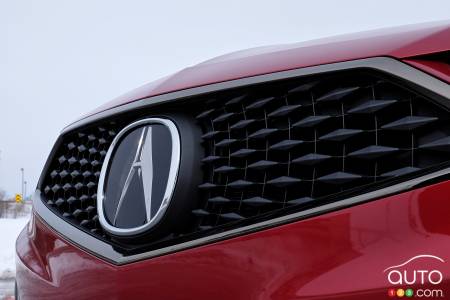 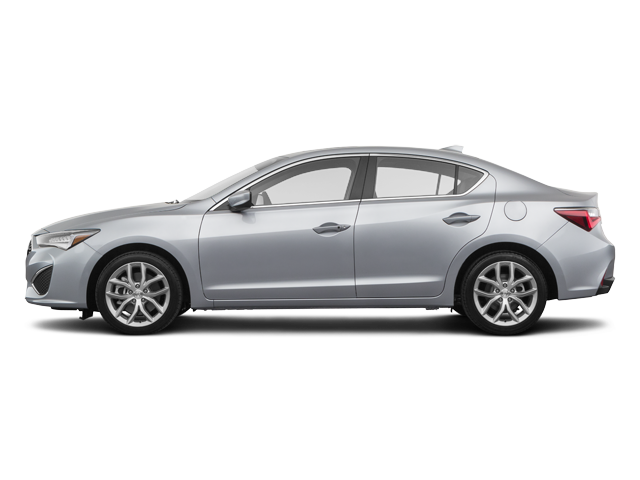 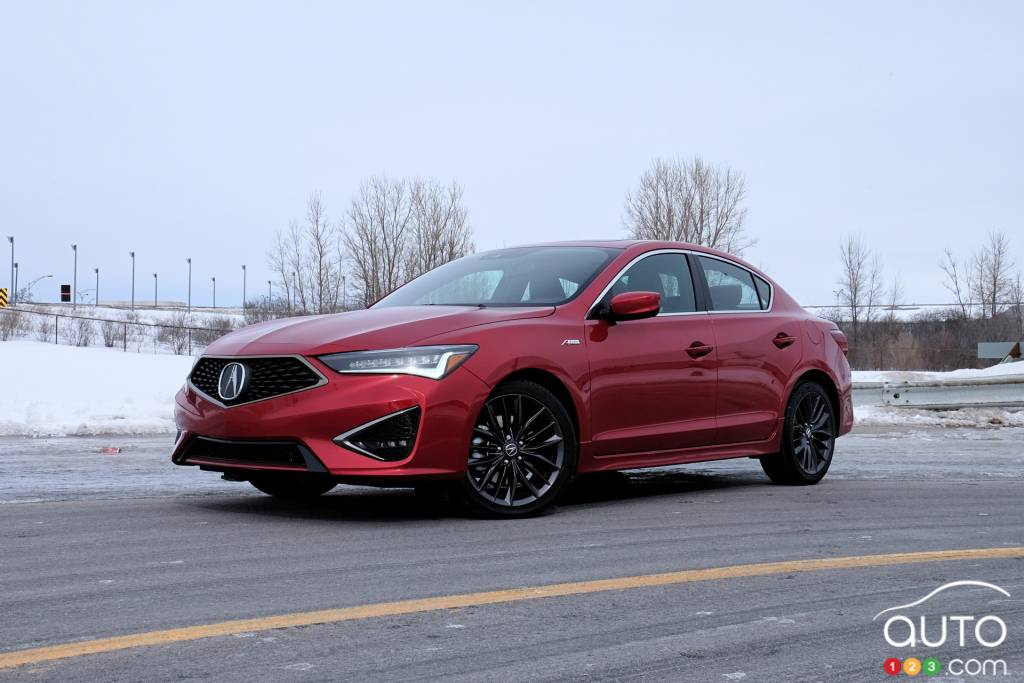 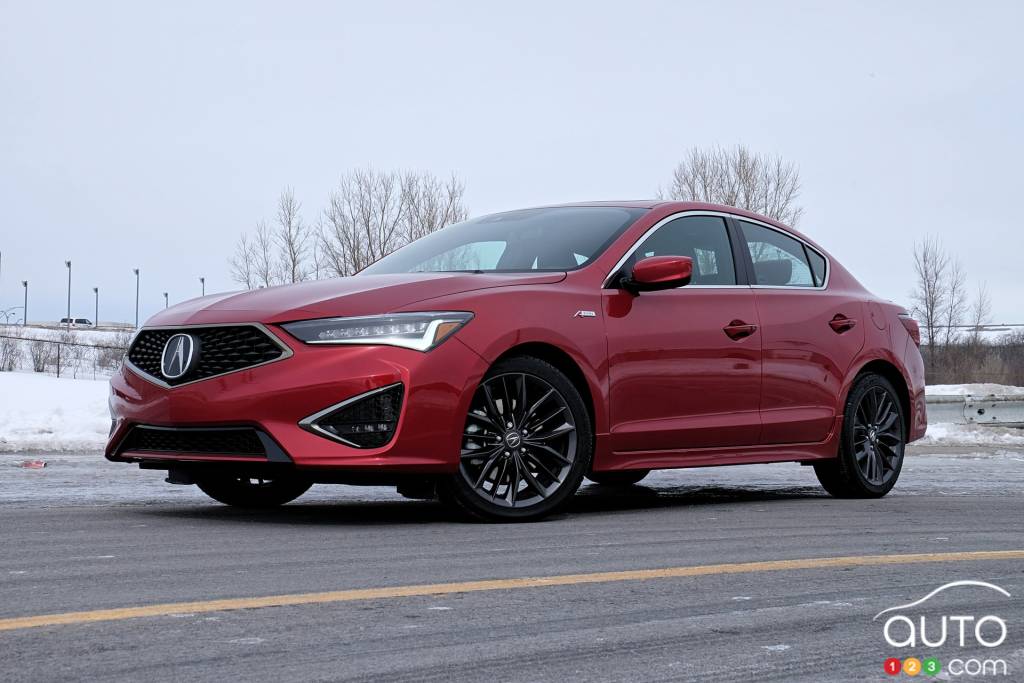 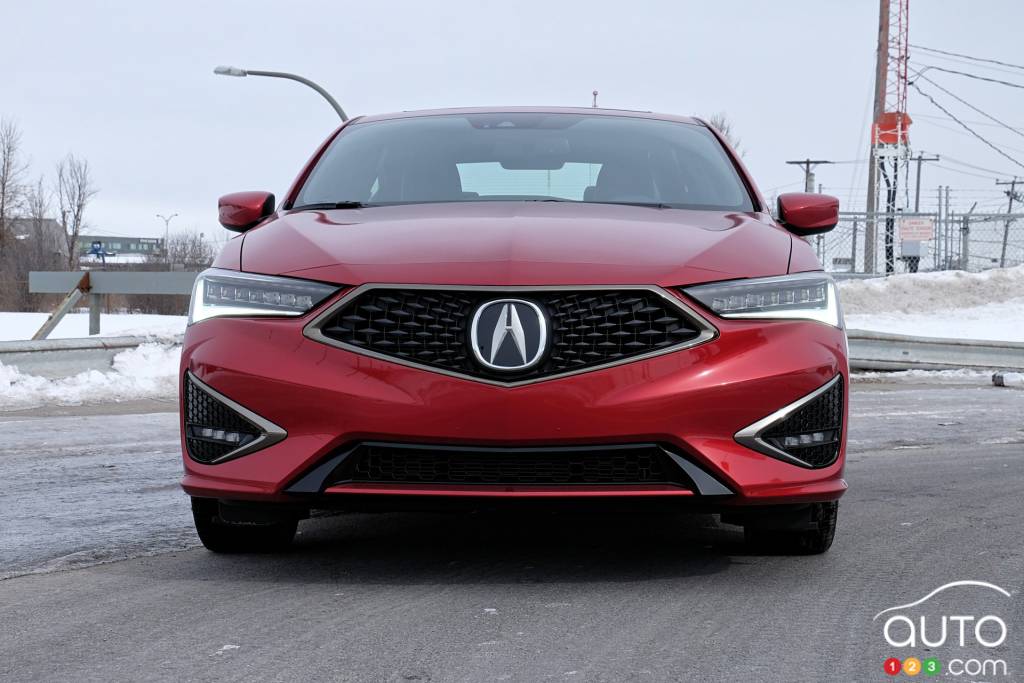 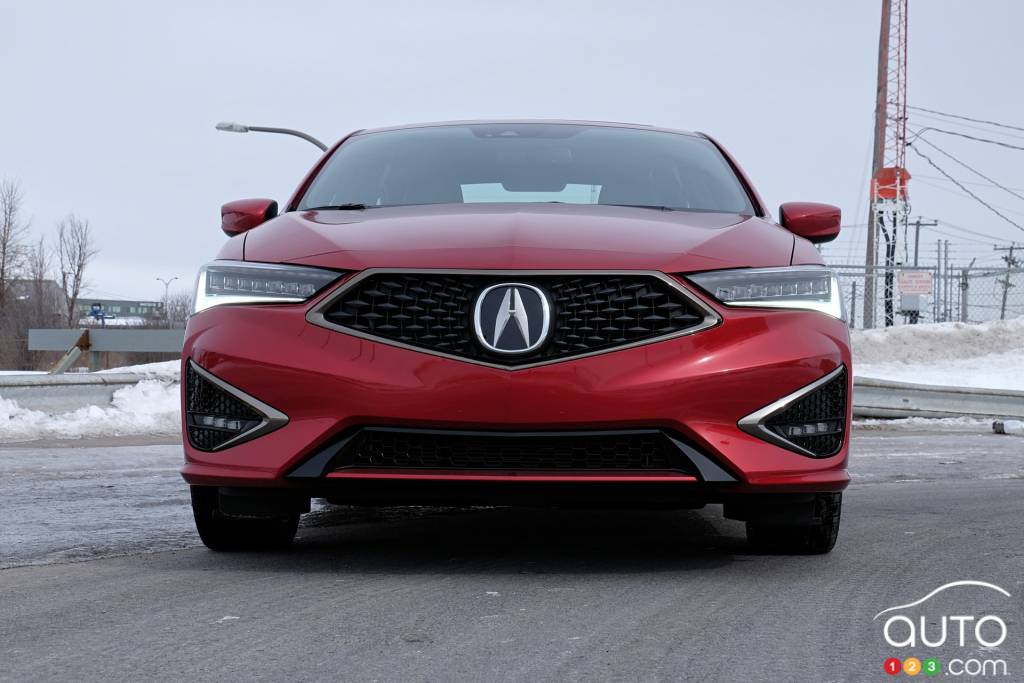 Acura has released details of the changes being made to the ILX for 2019, ahead of the model’s market launch in October. The entry-level luxury sedan is gett...

The 2020 Acura TLX takes a last lap before the second generation of the model replaces it next year. For those not enamoured of the new design previewed with...