German automaker Audi did not invent the idea of the coupe-sedan – that was the brainchild of Mercedes-Benz with its CLS – but the Ingolstadt-based manufacturer does get credit for the creation of the Sportback designation, which adds a rear hatch to the equation in the category of super-sleek sedans.

In fact the Audi A7, redesigned for 2019, picks up where it left off with its last iteration and comes with a purified silhouette, refined interior and, I exaggerate barely at all, performance that could make the Audi A8 blush.

And while the love affair between consumers and utility models continues to grow in intensity, this practical sedan option demonstrates that it is still possible to get around in total comfort in a vehicle that hugs the ground much more than do the brand’s range of Q models (Q3, Q5, Q7 and Q8). I say practical because I happened to use the A7 on an errand to a certain Swedish-owned large-surface furniture store to pick up some pretty big and odd-shaped boxes. This is a five-door sedan that gives little ground to SUVs when it comes to every-day practicality!

More mature
True to form, Audi Canada provided me with a suitable discreet Audi A7 decked in Daytona grey, all the better to melt into the urban jungle. Unlike the Q8, which I happened to drive just a week earlier, the A7 didn’t attract all that much attention on the road, maybe because this elegant grand dame has been around on our market for several years already; the ghost-like exterior colour only reinforced its relative anonymity. And yet, to my eye the optional 21-inch alloy wheels really helped give it a je-ne-sais-quoi charm. ‘Look at my car’, I kept thinking but not saying out loud because who wants to admit they like that?

I would be derelict in my duty If I didn’t mention the superb position lights at the car’s four corners, which are notable for the dynamic animation of the LED turn signals - pure show-off material vis-à-vis other cars on the road. For the rest, the new A7 stays true to the first model’s philosophy with its sharp edges and fenestration that ends in a point as it reaches the back.

A supercharged V6 - it’s all you need!
In contrast with the bigger and heavier Q8 I drove just before this, the Audi A7 delivers a much more pleasant drive on the strength of the exact same powertrain as the big SUV. The unit had some trouble properly propelling that big lug, but that’s not the case with this five-door sedan.

The 3.0L supercharged V6 provides adequate power - 335 hp to be precise – and torque (369 lb-ft) that’s better adapted to this vehicle. Audi’s trusted and near-omnipresent 8-speed automatic transmission is in service here as well, along with the Quattro all-wheel-drive system that is so useful in a big sedan like th A7.

Fitted with an adaptive suspension (available as a $2,400 option) that can be set to the preference of the driver and the $2,550 Dynamic package that brings to the Quattro system a sport differential as well as four directional wheels, the A7 may be lacking the prestige of the S7 or RS 7 versions, but it’s no slouch in terms of road handling. This less-sporty variant is made to offer fantastic road grip, twelve months out of the year.

Pleasant inside
You would expect nothing less from Audi, and the Audi A7 Sportback delivers on the expectation of a superior interior environment. This is a cabin designed to be a pleasant place to spend even several hours. The first-row seats get heating and ventilation but also a massage function – oh and they’re extremely comfortable to begin with, offering enough support to overcome the bumpier moments on the road.
You can say the same for the second row of seats, where legroom is decent but headroom a little short of that – the lot of a Sportback. Taller rear-row passengers won’t enjoy longer rides too much, I would wager.

As for the bench seats, they can be folded down for fitting in longer objects, but they won’t form a totally flat floor together with that of the trunk. The latter is nice and big however, so much so in fact that I still fail to see the advantage provided by SUVs when it comes to meeting most people’s daily needs. When it comes to fitting in the piles of supplies from your Costco run, a versatile sedan like the A7 is up to the task.  Maybe it comes down to the higher ride…

As welcoming as the interior environment is in general, what about the driver’s seat specifically? The sedan’s design is more streamlined than in the outgoing version of the model, with the three screens hoovering up many of the commands that used to be physical buttons arrayed here and there.

One of those screens sits in front the driver and the other two are placed one on top of the others on the centre of the dashboard. I have to admit that the more I use those screens (and those of other manufacturers), I find that the infotainment system offered by the Volkswagen Group is one of the best in the business.

The ideal driver position is easy enough to find thanks to the many ways you can power-adjust the seat and the steering column and wheel.

At the wheel
It’s clear from driving the Audi A7 for week, family often in tow, is that it is a formidable grand tourer. Super-comfortable, nimble like an A4 and gentle on acceleration, the five-door Audi adheres strictly to the standards of what a German limousine should be. Steering is light but still manages to give the driver decent feedback from the road, and the braking is perfectly calibrated, offering just enough bite to be reassuring but not so much that it’s jarring for occupants.

Here’s another discovery I made: the first curve I took at speed left me near-speechless. I stopped a little further along in a parking lot and made a point of checking the rear wheels… which were pointed in a different direction than the front ones. That all-wheels directional steering helps explain why the sensation at the wheel of the A7 is of driving a car with Velcro on its wheels.

On the down side, I feel like the thickness of the side windows is not sufficient to block out external noise or even the sound of the tires – especially when the A7 is shod in winter boots. I mention this in comparison with that Q8 I had the week prior, the double-paned windows of which transform the cabin into a silent cocoon.

This is pale criticism indeed, because the A7 delivers quite a quiet ride to begin with. But thse external noises mean the V6 is sometimes hard to hear. Personally I’d enjoy getting more of a conversation going with the engine, but to be fair that’s more the job of the model’s sportier variants.

The last word
Sporting with a very modern silhouette, the 2019 Audi A7 is not the most extraverted car on the road. At the risk of repeating myself, that grey colour really erases the model from public attention on the road. And yet, it’s one of the German automaker’s finest creations, and not just in terms of its design. The drive it offers is just sporty enough to charm motorists who can’t quite treat themselves to an S or an RS.

Then there’s the cavernous trunk that’s able to swallow up small furniture (though only when the kids are at daycare or school!). The 2019 Audi A7 is just as practical as an SUV 90% of the time, and it’s far more enjoyable to drive. Another chapter is thus added to my futile quest to understand the widespread appeal of utility models for so many. 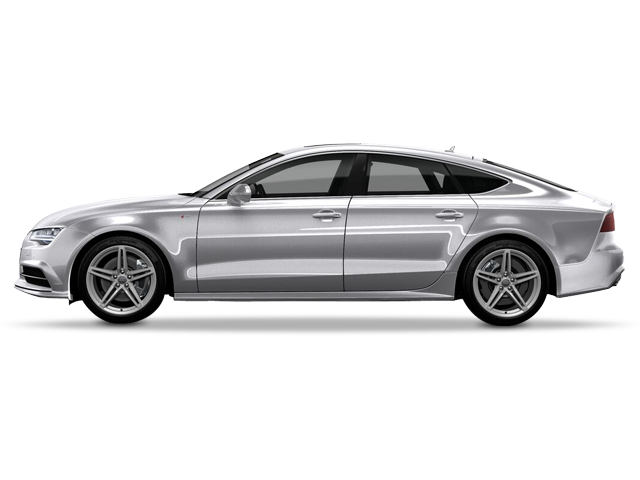 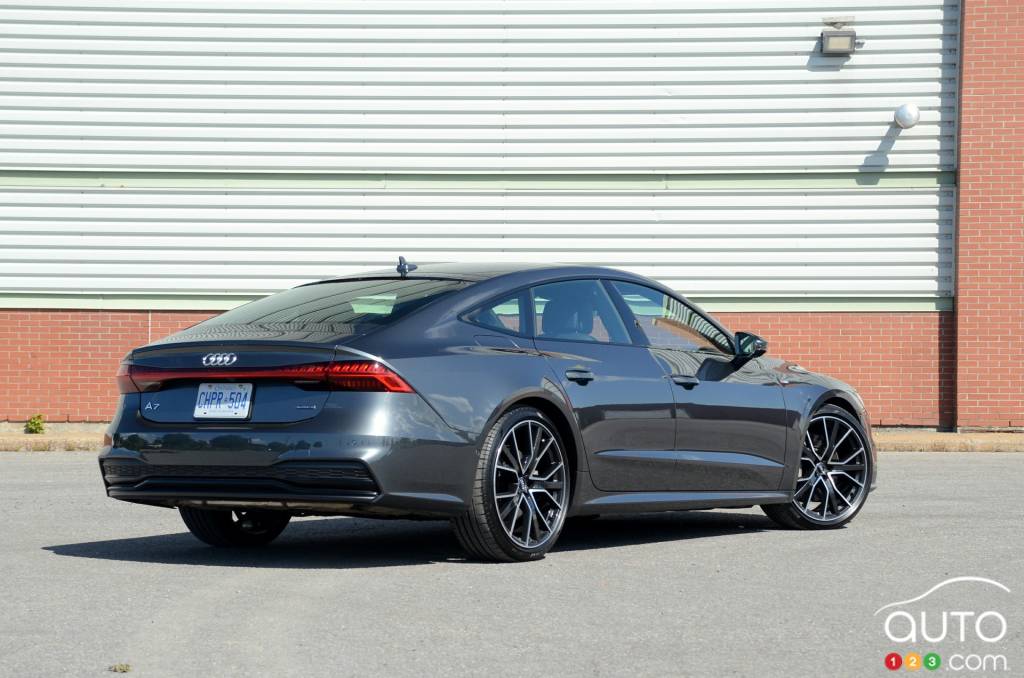 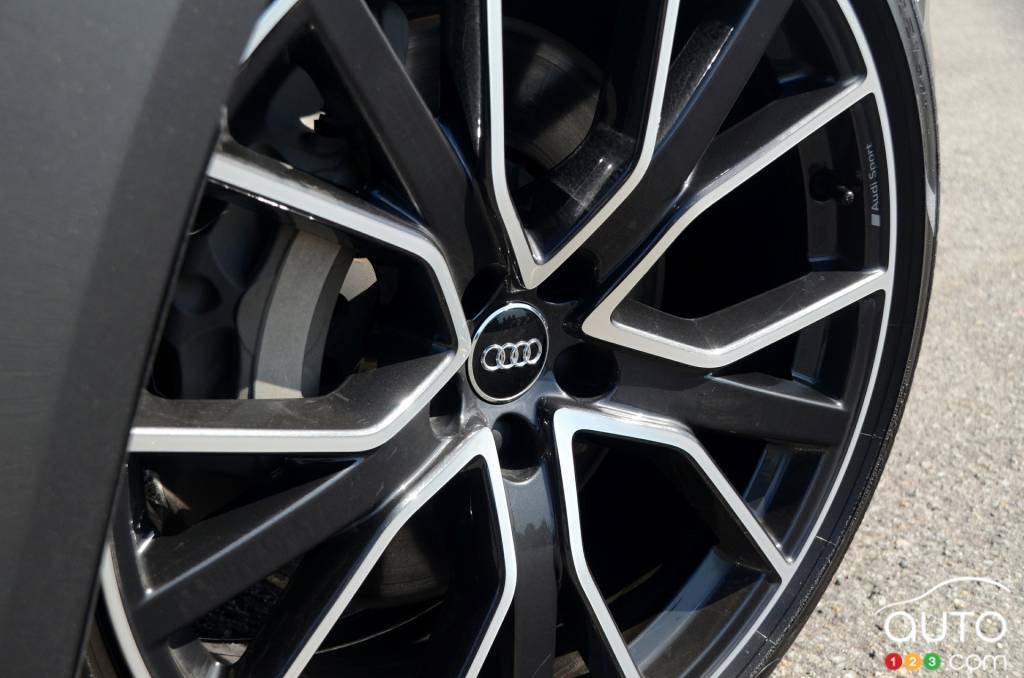 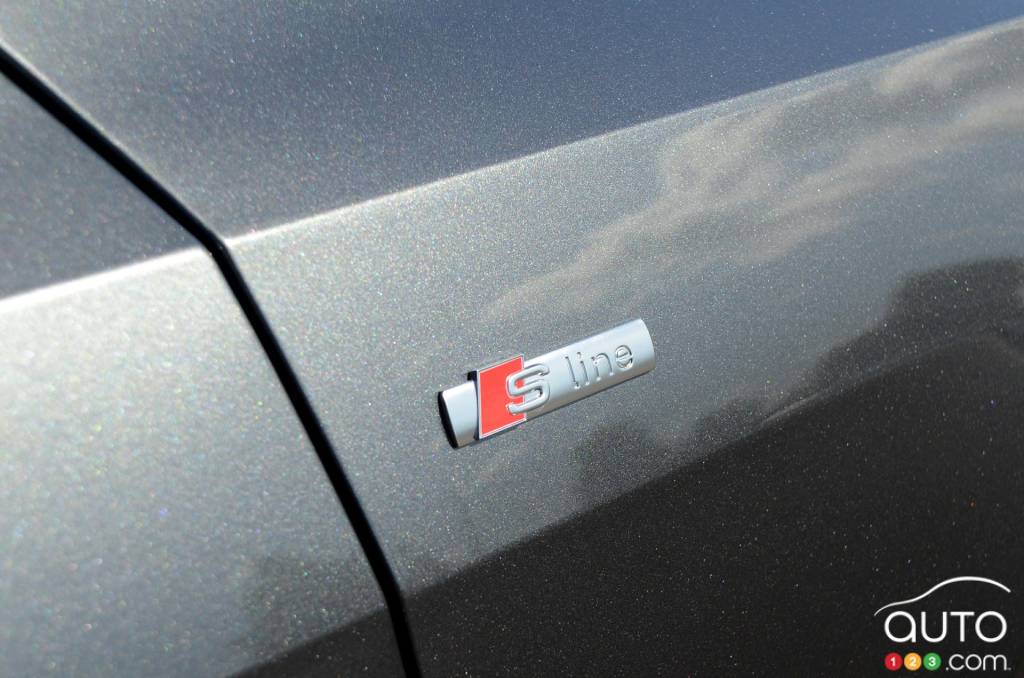 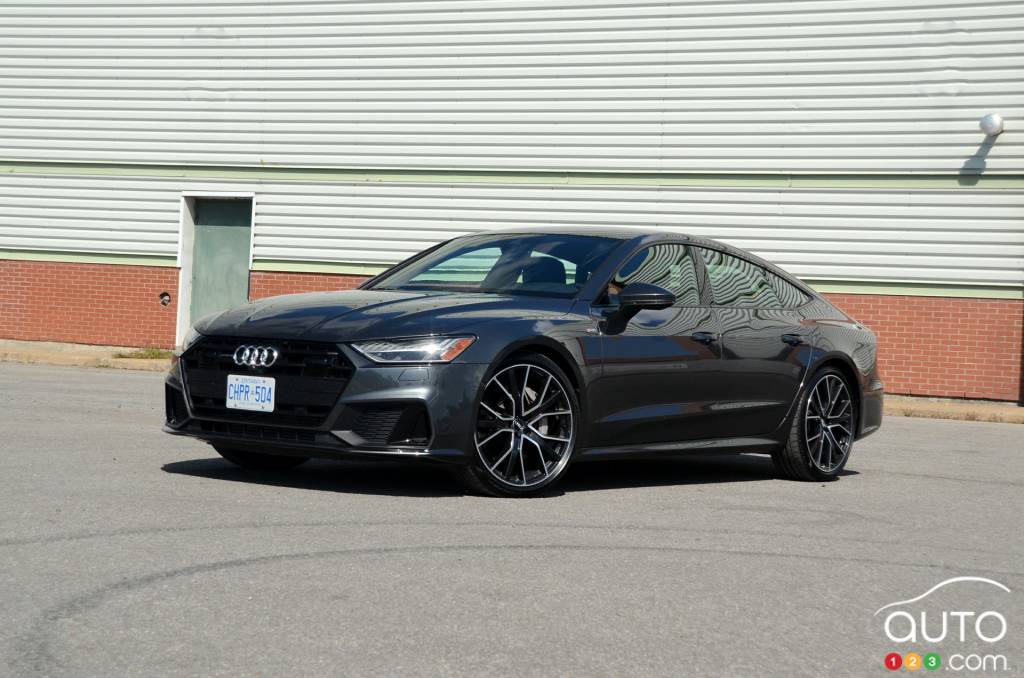 The Audi A4 Turns 25: Silver is Golden

Audi’s A4 sedan is celebrating its 25th birthday this week. Over its lifespan, the popular model has sold more than 7.5 million units, including nearly 350,0...