Mont-Tremblant, QC – Genesis chose the backyard of one of the best closed tracks in Canada to introduce its new 2019 Genesis G70 sport sedan. Not only is the Circuit Mont-Tremblant a truly mythic spot rich in history, but the roads that surround it are tailor-made for a car with this kind of sporty character.

The folks at Genesis have set out an ambitious goal for the 2019 G70: convince consumers weaned on BMW, Mercedes-Benz, Lexus, Audi, Infiniti, Cadillac and others that escape me at the moment to turn their attention to the now-separate luxury brand of Hyundai. For a few years now the South Korean automaker has been making forays into the market with the Genesis sedan (which became the G80 in November 2016 when the brand officially launched as a stand-alone entity), as well as with the Genesis coupe, a rear-wheel-drive sport model that has showcased the Seoul-based company’s performance chops since 2009.

The G70, however, signals the luxury brand’s desire to make its mark as a serious player in a segment whose buyers tend to be purists who steadfastly refuse to get behind the wheel of anything that smacks of sport utility.

Will these consumers get behind a manufacturer that has everything to prove, and has the nerve on top of it all to attempt a new online-only sales strategy (mixed with a handful of boutiques spread out across the country, staffed by a few representatives to advise potential clients)?

Available in five flavours
First thing to know about the 2019 G70 is that it’s already available in our market, whereas American consumers will have to wait a few additional weeks.

There’s no change in the general recipe used by Genesis, which is founded on an aggressive strategy. Which means the five available versions are rich in equipment at the same time that the prices are lower than offered by competitors. See for yourself:
-2.0T Advanced AWD at $42,000
-2.0T Sport RWD at $45,500
-2.0T Elite AWD at $47,000
-2.0T Prestige AWD at $52,000
-3.3T Dynamic AWD at $52,000
-3.3T Sport AWD at $57,500
Genesis is also boasting of its transparency towards buyers. The prices listed on its website include preparation and delivery costs, and are not negotiable. By pricing its products upfront the company thus wants to eliminate that part of the shopping process that most stresses people out. Do keep in mind though that the prices do not include the different taxes that apply in each Canadian province.

Patrick Danielson, Manager, Product Strategy & Public Relations for the brand, explained that once an order is placed on the website, the wait for home delivery of the vehicle should be no more than 10 days. A customer wanting to buy a Genesis will thus not be constrained by the inventory available at a dealership, and will instead be able to choose from among all the models available in Canada.

A winning design
This new sales approach aside, the 2019 Genesis G70 is a sport sedan not radically different than any other, and its primary challenge is to be up to snuff. From the first look at it, it’s clear that the design team took this to heart.

The front portion still features that prominent grille decked with the winged badge. The light cluster is also well-designed, but it’s actually the openings carved into the bumpers that give the car some real character. They serve to direct airflow to the front brakes and along the sides of the vehicles. Related to that, the sedan has panels under the chassis that help make the car as aerodynamic as possible. Even the rear spoiler serves a purpose in this regard!

Speaking of the rear, the design of the lights there may appear simplistic, but it serves to highlight the width of the model. The G70 is actually the largest and sits the lowest to the ground of any car in its segment. The trunk, meanwhile, ends in a duck’s beak just to add an exclamation mark.

To distinguish the Sport trims from the other, more luxurious versions of the G70, look at the alloy wheels. The Sport models get 4-piston Brembo brakes and anthracite-coloured 5-spoke 19-inch alloy wheels, while the more sumptuous editions get 18- or 19-inch wheels and single-piston calipers up front. Another real nice effect unique to the Sport version is the addition of a few dark-coloured accents.

A well-dressed interior
An appealing exterior design is one thing, but how does its cabin compare to those of its rivals? In a word, favourably!

The dashboard is functional, with Genesis’ designers having taken care to split the touchscreen, mounted above the central ventilation ducts, and the primary day-to-day commands, located beneath them. To add a distinguishing note, a wheel is placed to the right of the driver, close to the gear knob.

The Genesis G70 comes with leatherette, real leather or Nappa leather seating, depending on the model chosen.

In every aspect of the interior, after a day spent driving one or the other trim of the G70, it was clear to me that the quality of construction is excellent. For example I heard no body noise during the first few kilometres of driving, even when at the wheel of the manual-transmission model that still bore the “pre-production model” tag.

While the front row of seating definitely offers high quality overall and ample space for two adults, in back things are a bit tighter. So that if the people sitting up front are tall, life gets worse for those sitting behind them, with legroom being in short supply. The G70 is hardly alone with suffering this, of course; many other models in the category have the same issue.

On the road and on the track
Quebec drivers certainly complain a lot about the condition of the province’s roads, but the fact is that the Laurentians region abounds with small, winding roads. On these roads, the full benefits of a rigid chassis, like the G70’s, make themselves felt.

Luck was on our side as well that day in May of 2018, because the only manual-gearbox-equipped G70 available for the road portion of our test drive was reserved for my colleague and me. Genesis knows fully well that this configuration won’t sell much in comparison with the others, but in a gesture sure to please those fans of three-pedal driving, the manufacturer decided to take the plunge. Hear hear!

I can tell you right off that the G70’s manual box is the most precise ever offered in a vehicle of Hyundai origin. Shifting is easier to control than on older models of the brand. Our first drive also revealed to us a firm suspension that still managed to negate most of the road’s imperfections. Equipped with Brembo brakes, the G70 certainly has bite when it’s on the road!

As for the mechanics, at the heart  of which is a 4-cylinder turbo generating 252 hp (255 hp in the Sport model) does it job commendably, although it’S true that the 365-hp V6 is a veritable ticking bomb, especially when taken onto the Circuit Circuit Mont-Tremblant track. You can also “enhance” the sound being produced via the electronic system found on the touchscreen. Purists may turn their noses up at this module, but I have to admit that the symphony you get inside the car is far from unpleasant, and hey, you can just turn it off whenever you feel like.

I also had the opportunity to try the other editions equipped with the 8-speed automatic transmission and the H-TRAC all-wheel drive – this combination will likely appeal greatly to Canadian consumer. The automatic box showed no weakness during the few kilometres I used it; shifting is not as efficient as with a dual-clutch box, but on the other hand the 2019 G70’S performance in this aspect is as smooth as any entrant in the category.

For me, the twin-turbo V6 calls to mind the engine powering INFINITI’s Q50 sedan, with one difference being that the power the G70’s offers is somewhere in between what you get in each of the two 6-cylinders offered by the Japanese manufacturer. In general, I found the 3.3L twin-turbo V6 to be pretty darn exceptional in both the INFINITIs, but thanks to the 2019 G70’s lighter weight (the model also registers less on the scale than the Kia Stinger, with which it shares the same engine), the results you get from the powertrain are more explosive – and that’s all to the good!

Last word
It’s true that Genesis has no laurels to rest on, no “glorious past” to give it a running start. Very possibly the prestige of the German, American and even Japanese luxury brands will help tip the scales away from the South Korean upstart, and towards the segment’s safe bets. Still, Genesis does inherit Hyundai’s deserved reputation for reliability, and the undeniable quality and driving dynamics of the new G70 gives it the potential to seduce buyers who couldn’t care less about the history of the name on the trunk of a car. This Genesis is well-built, fun to drive… and it’s even affordable! 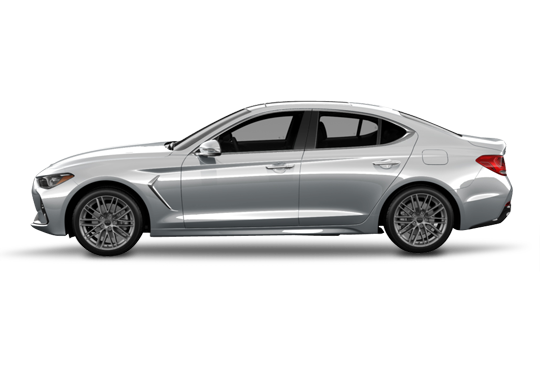 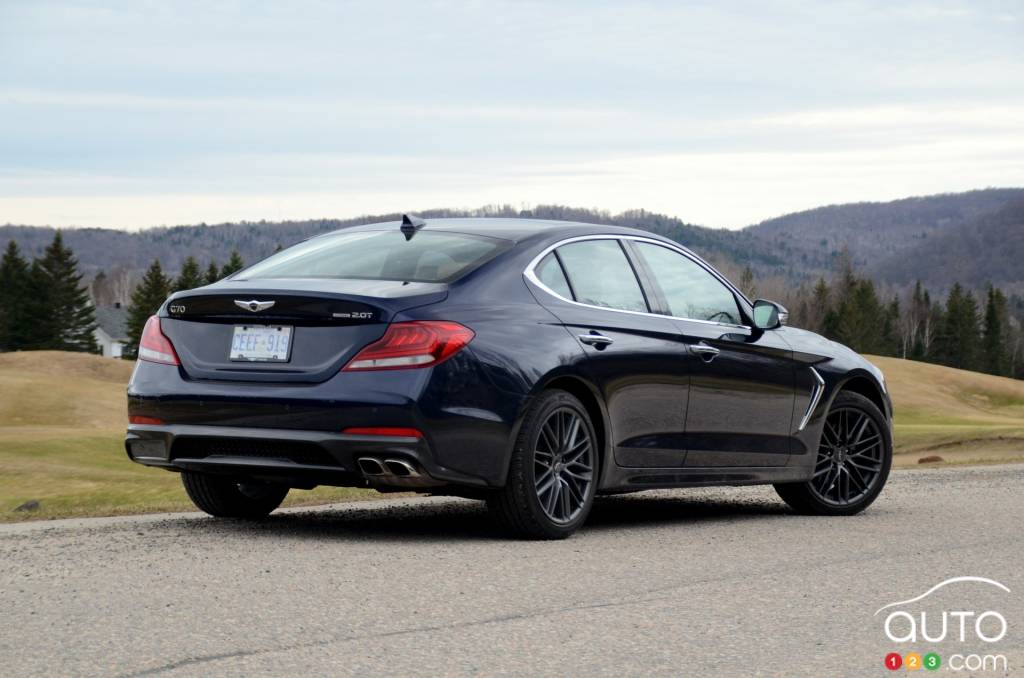 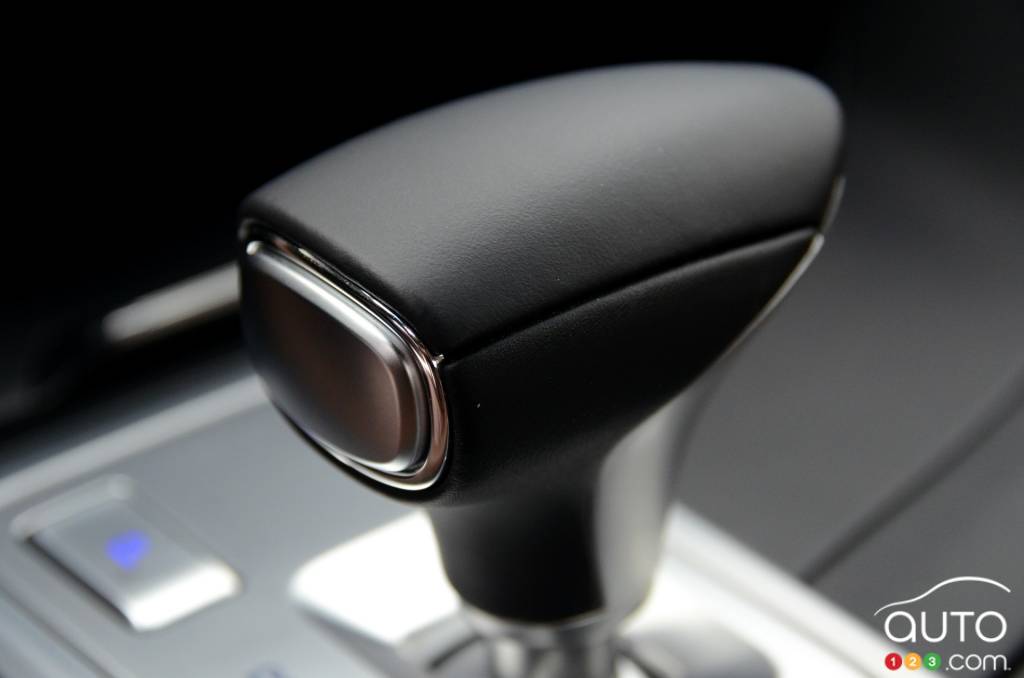 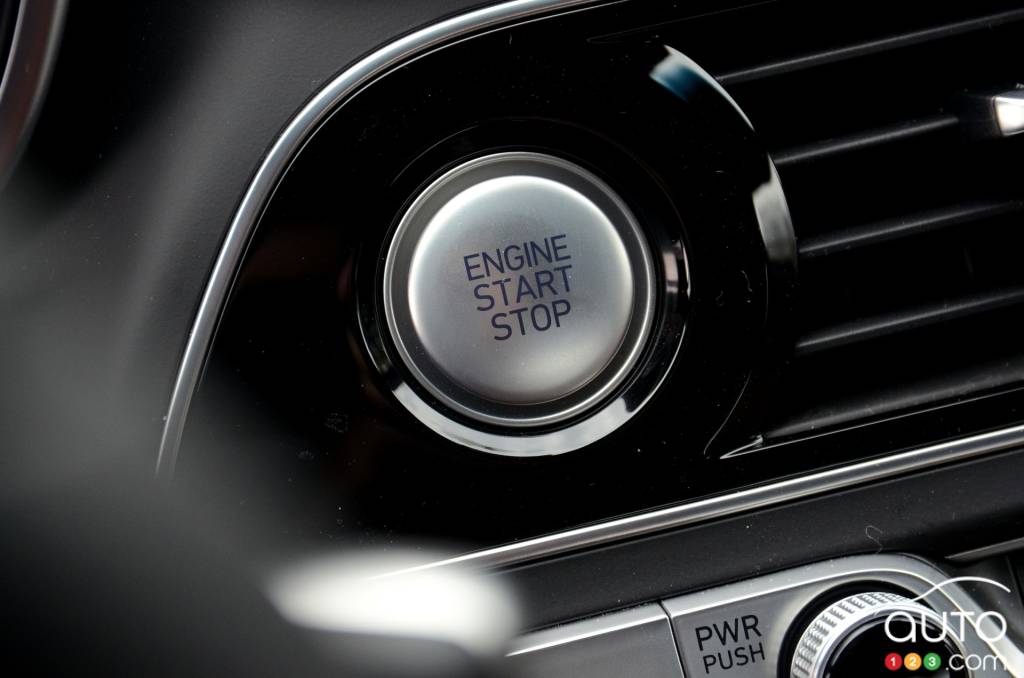 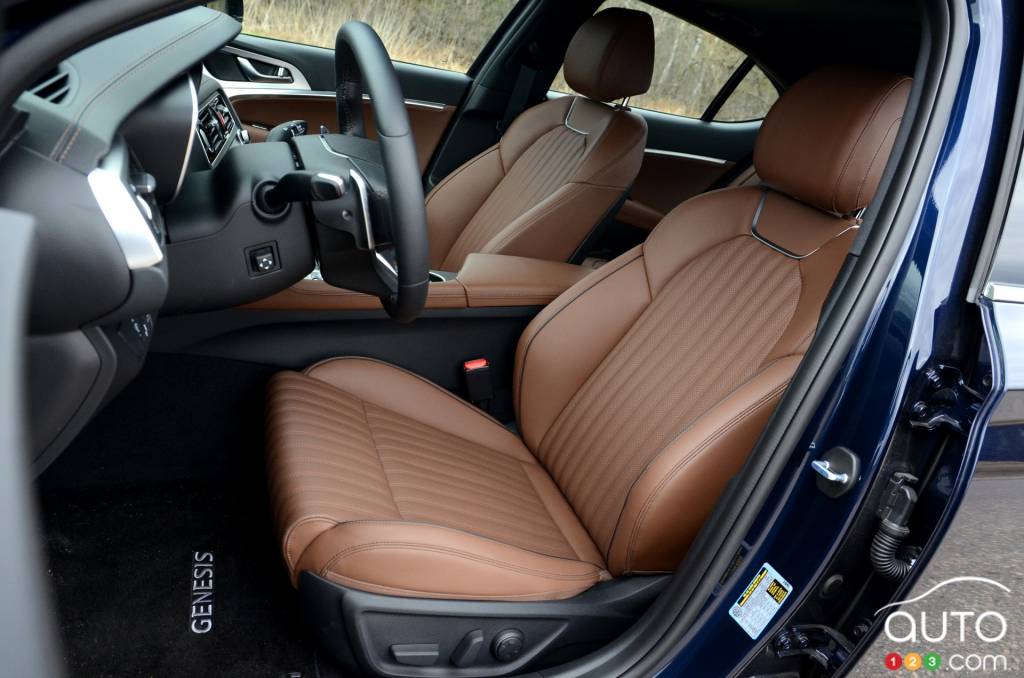 The sporty new 2019 Genesis G70 is set to send the automaker’s sales figures skyrocketing when it goes to market this coming spring. Its main consumer target...