The 2019 GMC Sierra is a very important model for General Motors Canada. Unlike in the American market, where the Sierra plays a distant second sales fiddle to the uber-popular Chevrolet Silverado pickup, north of the border the full-size truck often pushes past its in-house rival in terms of units sold on a yearly basis.

This makes the vehicle's 2019 redesign strategically important in more ways than one. In a country where the Sierra calls the tune and the Silverado falls in line, GMC obviously needs to put its strongest foot forward. More to the point, rivals such as Ford and Ram have certainly not stood still over the course of the past five years, putting pressure on the Sierra in terms of style, features, and performance.

That the Denali is the leading edge of the spear for the new Sierra makes sense - it's the best-equipped and most capable version of the pickup. After spending time with the 2019 GMC Sierra Denali in Newfoundland, however, I discovered that the truck is relying more on flash than substance to carry it through battle against the current crop luxury trucks.

Keep On Truckin'
That's not to say that the 2019 GMC Sierra Denali isn't an excellent option when it comes time to get actually truck stuff done. With a towing capacity hovering around 4,500 kilos, a wider cargo bed, and a larger platform that has pushed out the pickup's interior dimensions to offer startling amounts of rear seat room, the redesigned Sierra is a rugged and ready jobsite companion.

This litany continues under the hood, where a pair of familiar V8s  - a 5.3-litre motor good for 355 horsepower and a 6.2-litre that generates 420 horses - remain in place (to be joined by a 3.0-liter turbodiesel V6 later on in the model year). An eight-speed automatic transmission is standard with the Denali, while ordering the 6.2 snags you a 10-speed autobox.

It's the latter that was on-hand for me to sample on the undulating, narrow coastal roads that linked Newfoundland's capital of St. John's with the hamlet of Heart's Delight. Paired with the carry-over magnetic ride control suspension system, the Denali's 460 lb-ft of torque and respectable grip on the road made for a comfortable cruising companion - if not one that had me regularly turning to the vehicle's new 'Sport' driving mode, which added no discernible spice to the experience. 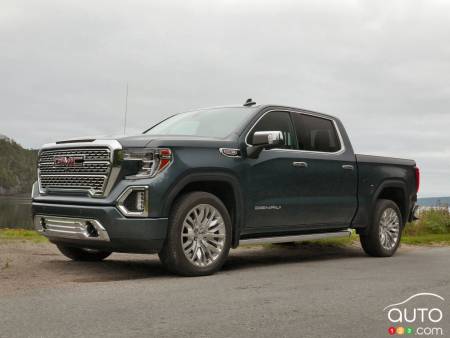 Luxury What?
As much as I like what the 2019 GMC Sierra Denali has to offer in terms of practicality and powertrain, it’s the luxury side of the coin - and I do mean coin, given the truck's projected $70k price tag - that loses a lot of its lustre.

The biggest disappointment, to me, was the lack of substantial improvements inside the cabin as compared to the previous-generation truck. Yes, there are gadgets to play with, including a huge head-up display and a revised infotainment system, but the uninspiring materials used throughout the passenger compartment, combined with their uniformly black and grey palette and the interior's conservative overall design failed to feel like a step up for the Denali.

This is a considerable problem, because both the Ford F-150 and Ram 1500, when found in their (identically-named) Limited trims, offer a much more immersive luxury experience. More importantly, they convince the driver that yes, it was worth spending so much money on this particular model rather than settling for something more reasonable.

It's this lack of 'special' that keeps the new Denali from crossing over into the true luxury truck realm. GMC has done its best to try to distract from the good, but not great interior by way of a fancy tailgate that can be used as a bench, table, step, or bed extender, as well as a full carbon fibre box option, but neither of these features are all that high on the list of 'things buyers want in the most expensive truck I can buy.' What's more, I can't see that tailgate's internal mechanisms lasting through too many winter seasons before corrosion takes its toll.

Premium Fans Look Elsewhere
Don't get me wrong: the Sierra is a capable and modern truck, especially when taking into account advanced gear like its new in-depth trailering app and mag-ride suspension. As a range-topper, though, the Denali circling just below the summit, with puzzling omissions such as a lack of adaptive cruise control compounded by a pedestrian interior presentation and equally plain infotainment graphics.

Do yourself a favour: before signing for the Denali, spend some time in an SLT trim, or indeed, any of the more affordable versions of the 2019 Sierra, to decide for yourself whether the extras it's packing are enough to boost your monthly payment. If the answer's no, and you're still keen on a premium pickup, then you'll likely be better satisfied at a Ford or Ram dealership. 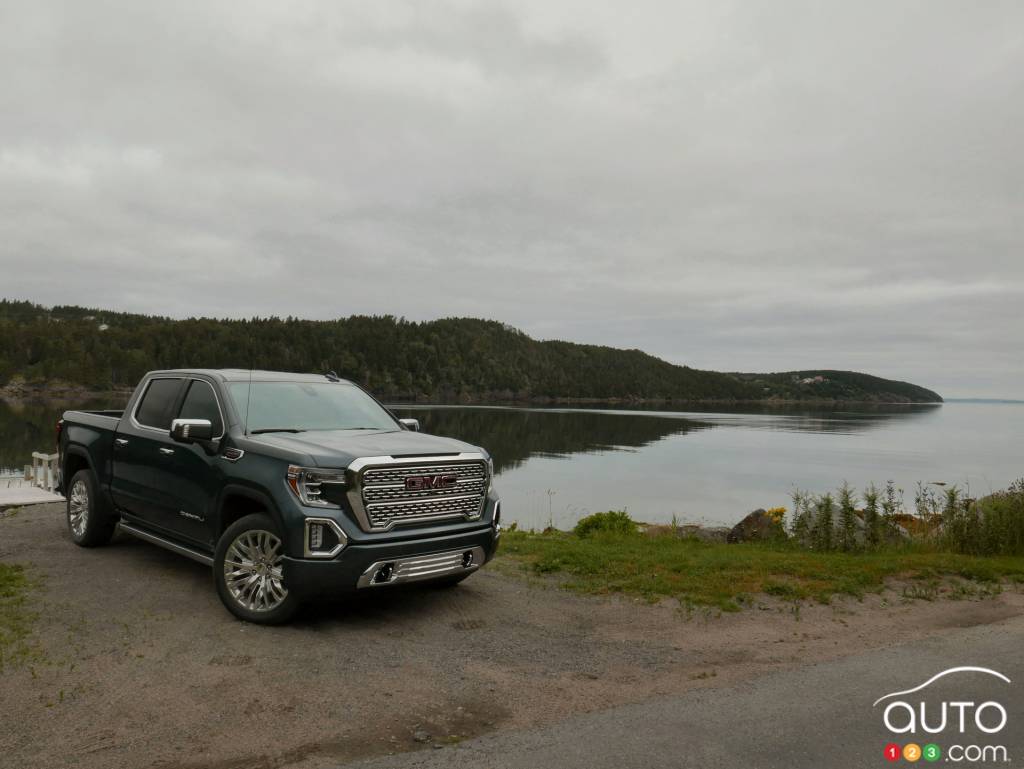 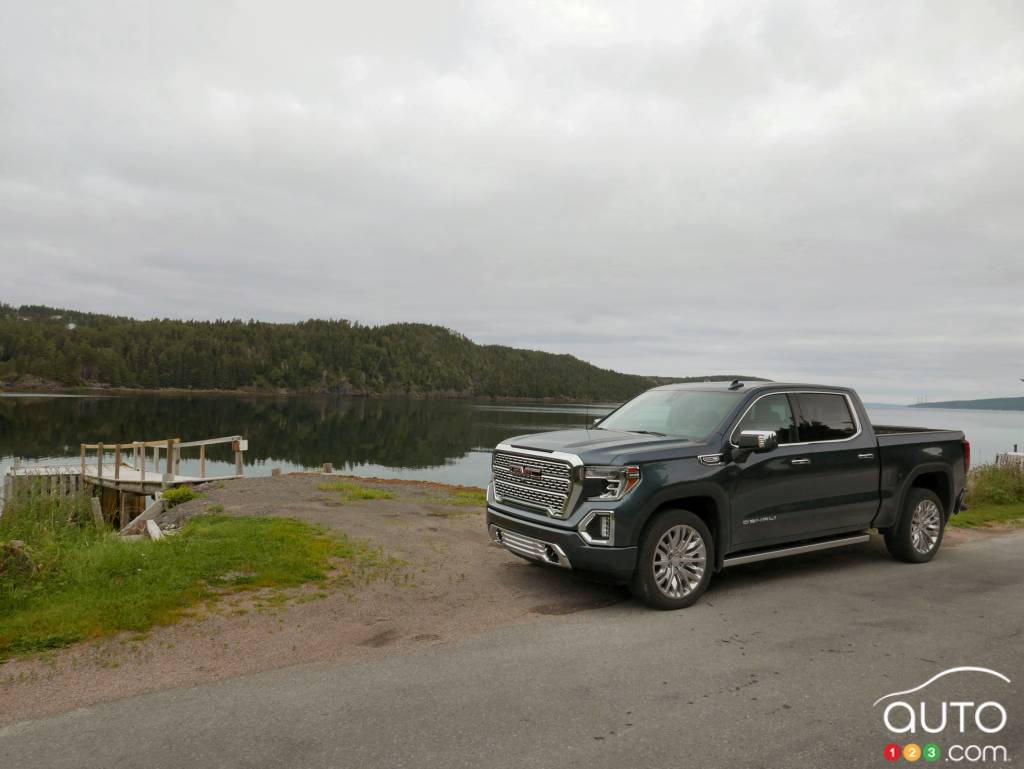 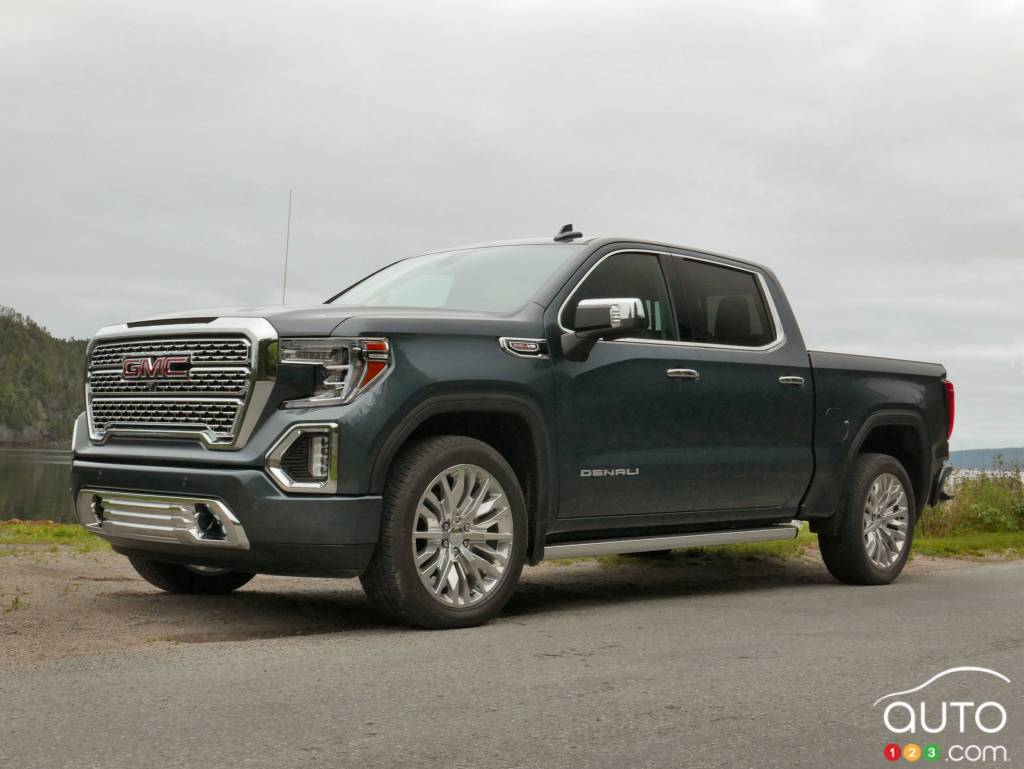 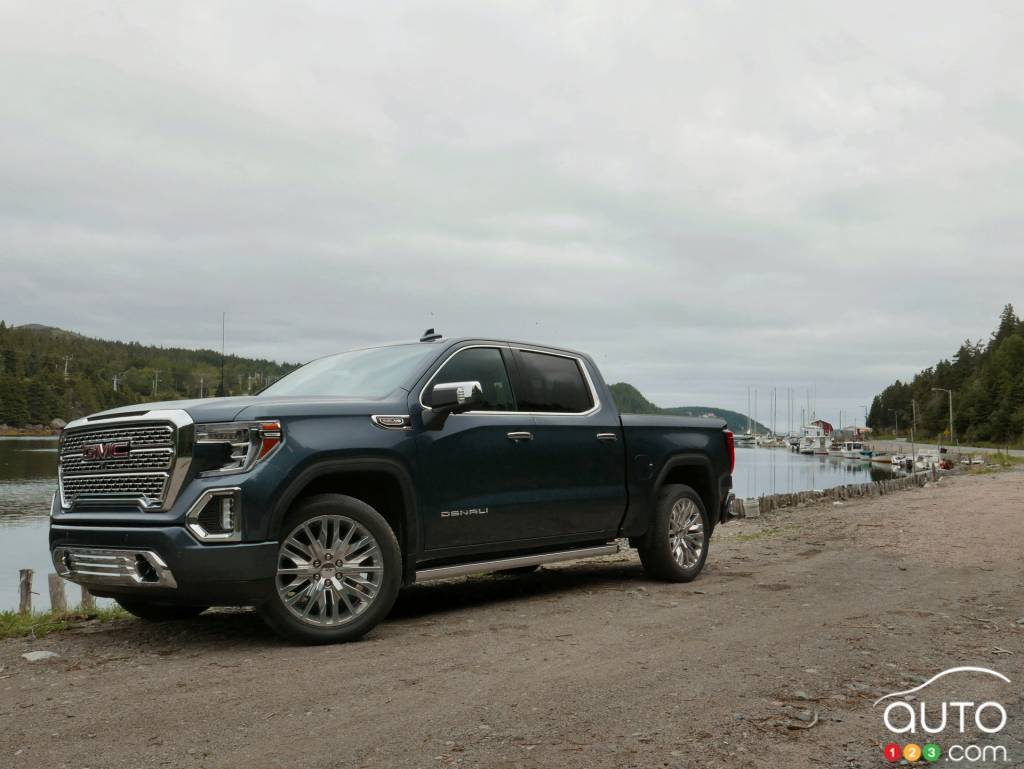 The GMC Terrain and its twin the Chevrolet Equinox held down the fifth spot in their segment for sales in 2018. Which tells you something of their quality, b...