When setting about creating the third generation of its Insight hybrid sedan, Honda begin with the understanding that it couldn’t just rely on great fuel-consumption numbers and the eco-consciousness of buyers to ensure the model avoids the fate of the Civic Hybrid, left behind and forgotten before it was gone.

Clearly, Honda has given much thought to a ton of details in designing the 2019 Insight, in order to deliver to customers a car that’s elegant, well-equipped and practical, while still wowing its audience with that impressive fuel economy. In so many ways, the next-gen Insight hits its targets dead-centre.

A touch of high end, good interior space… and a hybrid system
Lest we forgot, the previous iteration of the Insight as built on the platform of the Honda Fit. The new edition borrows the architecture of the Civic. In contrast with the Toyota Prius, which never lets you forget it’s a hybrid, the exterior styling of the Insight says sedan, period. The shape and contours make for a dapper but fairly conventional car; the top-end Touring version is probably its most fully realized form.

Specifications for the 2019 Honda Insight 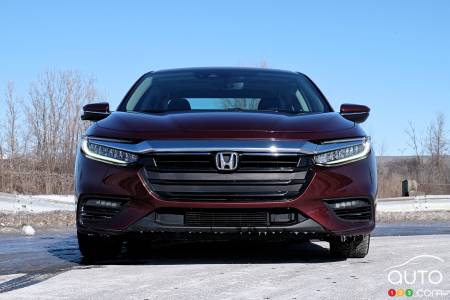 Settle inside the Insight, and you can’t help but note that there’s quite a bit of the Civic in there, though as a whole it feels a little cozier and welcoming. The cabin environment is a highly ergonomic space, the seats are plenty comfortable and the generous helping of leather with contrasting stitching (on the range-topping trim) is a welcome touch.

Tagged starting at $27,990, the base LX version gets cloth upholstery, power adjustable driver’s seat and heated front seats, as well as dual-zone climate control, automatic high beams, automatic LED headlights, assisted engine start and a 5.0-inch infotainment screen. That last feature is perfect for those who don’t want a big screen dominating the central console, but will, in 2019, seem pretty puny to everyone else. 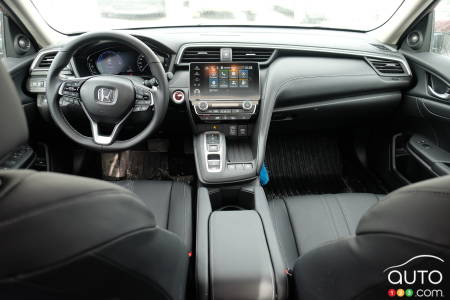 Verging on luxury
The version provided for my week of testing was the top-end Touring trim. With this I benefited from heated front and rear seats covered in perforated leather, leather-wrapped steering wheel and leatherette-covered door panels and passenger-side dash. I could just about forget I was driving an economically priced hybrid car.

That feeling of near-luxury was further enhanced by the power sunroof and the 10-speaker, 450-watt audio system which sounded to my ears like every bit the equal of a luxury-car system.

A quick ride sitting in a back seat confirmed for me the spaciousness of the second row, which frankly I didn’t really expect. Designing a hybrid vehicle without nibbling into passenger space is no easy task, so kudos to Honda for its use of a few technical sleights-of-hand to manage it. The battery, for example, is tucked under the gear shifter, while the fuel tank is located under the back seats. As a result the cargo capacity is the same as in the Civic (416 litres), and of course it can be increased by folding down the rear seats. 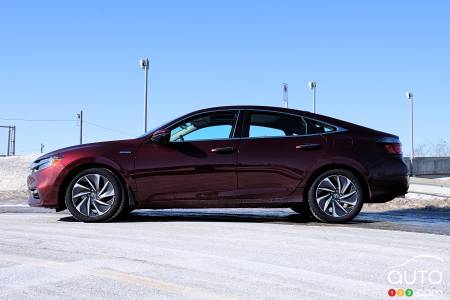 The mechanics
First things first: The 2019 Honda Insight is equipped with a combustion engine combined with an electric motor; the latter is the only power source used when driving at slow speed. Don’t bother looking for a plug to charge the battery pack. The electric component of the powertrain recovers energy via active methods, such as recouping braking energy.

The Insight’s hybrid powertrain produces 107 hp and 99 lb-ft of torque from a 1.5L L-4 engine on the one hand, and 129 hp and 197 lb-fit from the electric motor, working on the front wheels. Combined output is officially 151 hp.

The transmission wedded to this powertrain is actually the same as found in the 2018 Honda Accord, and it’s part of the third generation of Honda’s hybrid powertrain, slightly different from what we saw in the last version of the Insight. 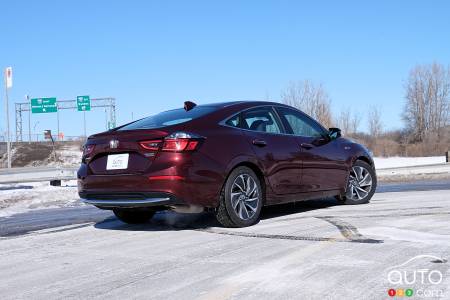 An excellent road partner
Fuel economy is all fine and good, but the 2019 Honda Insight is also actually fun to drive, especially when you hit winding roads away from the city. The car’s responses are dynamic, in terms of its relatively crisp steering, road grip and acceleration coming out of curves, for instance.

Drivers can choose from three drive modes. Normal provides a good balance of performance and fuel economy, while Eco mode tips the scales more to the latter part of that equation.

Then there’s Sport mode, which kick-starts the reactiveness of the Insight’s accelerator pedal and makes for a livelier (though more energy-sapping) ride. While it doesn’t turn the car into a speedster by any means, it is the most appropriate mode when you need to merge into highway traffic or make a passing manoeuvre.

Lastly, EV mode, which will give you all-electric power for as long as the system will allow it, i.e. when the battery pack is sufficiently charged and when you’re moving sufficiently slowly. Even then, the powertrain will revert back to the combustion engine pretty quickly. This kind of system is not really meant to be driven in all-electric mode; that electric motor is there to provide extra power and nibble away at what the regular engine has to do, so you can get to those attractive fuel-consumption figures Honda is pitching. 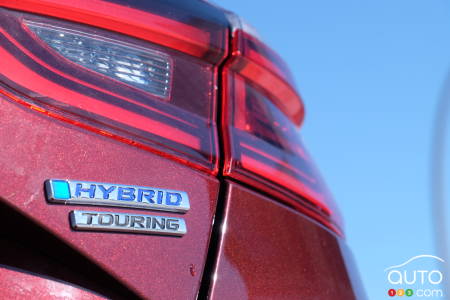 One of the benefits of the electric motor’s presence is that initial acceleration is snappier, so that even at reduced speed you feel like you’re driving a sedan that’s livelier than it really is. But as mentioned, you’ll have to work the accelerator harder when hitting the highway. Sudden accelerations and hill ascents taken at speed do make the engine complain a little. As I said, remember there’s that Sport mode…

In the city, though, the 2019 Insight is a valiant companion. It rides very quietly, the energy-recovering brakes are linear, and gears shift smoothly. The hybrid system’s drive components work very effectively, and Sport mode is very useful even if it doesn’t exactly turn the Insight into a Civic Type R.

Pricing, and the competition
The main rivals of the Insight are the Toyota Prius and Hyundai IONIQ, and frankly the Honda holds its own against them quite well. True, those two hybrid models are hatchbacks so they offer cargo capacity that the Insight can’t really compete with. But if you’re more concerned about offering a spacious, comfortable environment to your passengers than fitting in X number of golf or hockey bags, the Insight fits the bill better than its competitors. 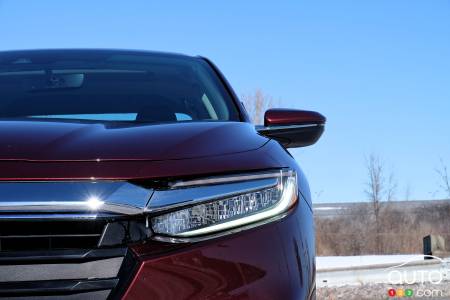 In many ways, third time’s a charm for Honda’s hybrid sedan. The new Insight is on track to avoid the fate of the largely neglected Honda Civic Hybrid.

This car not just fuel-efficient, it’s effective as a practical, comfortable, spacious sedan that nudges up against premium status without ever really getting there. It’s one of the still-rare breed of hybrid cars that consumers are as likely to buy because they’re a pleasure to own and drive as because they’ll cut their gas expenditures almost in half. 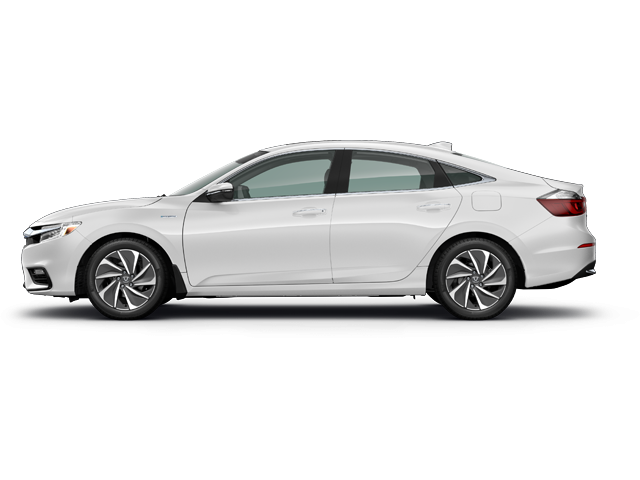 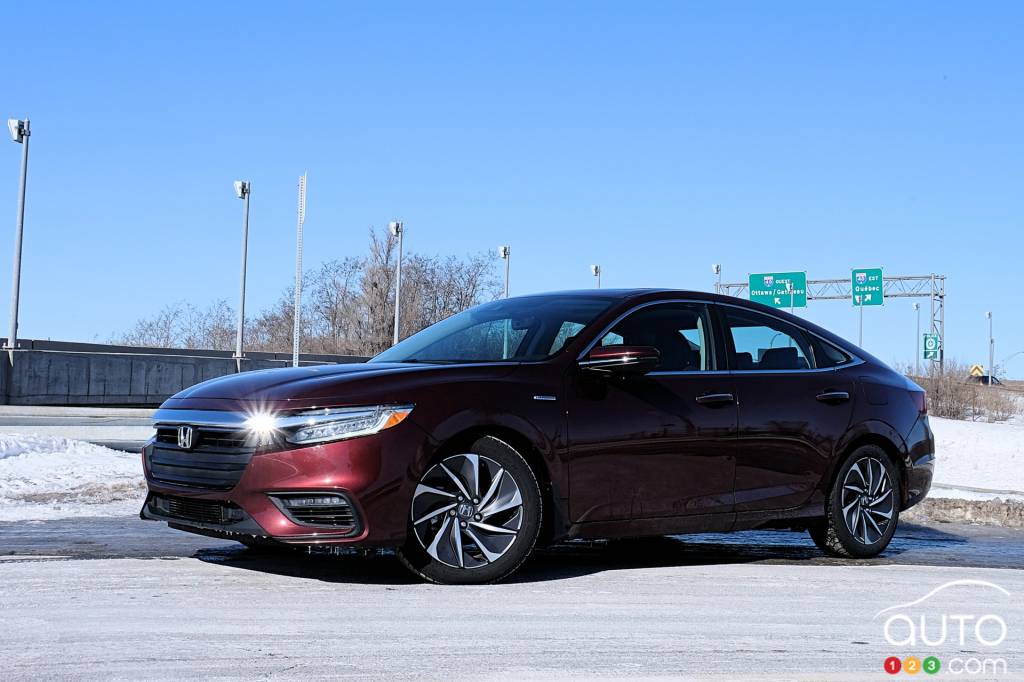 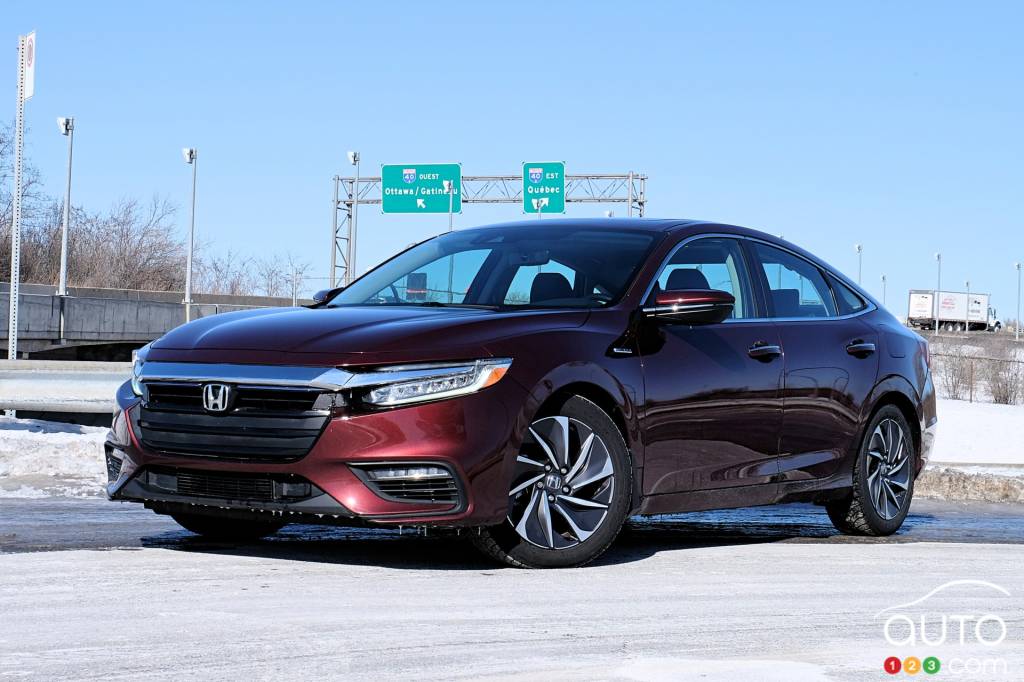 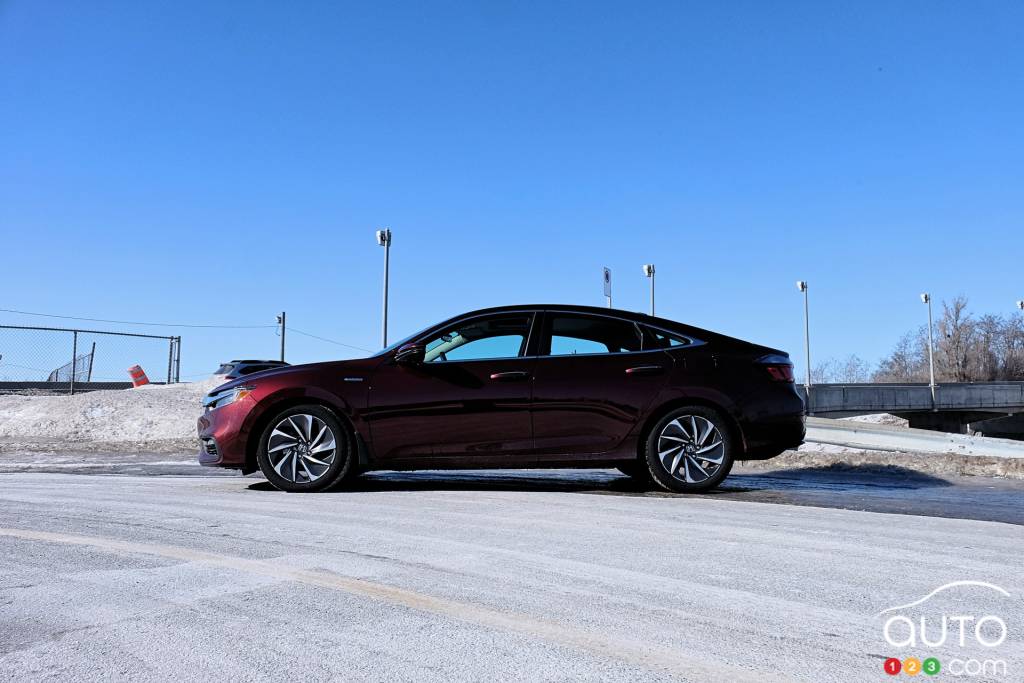 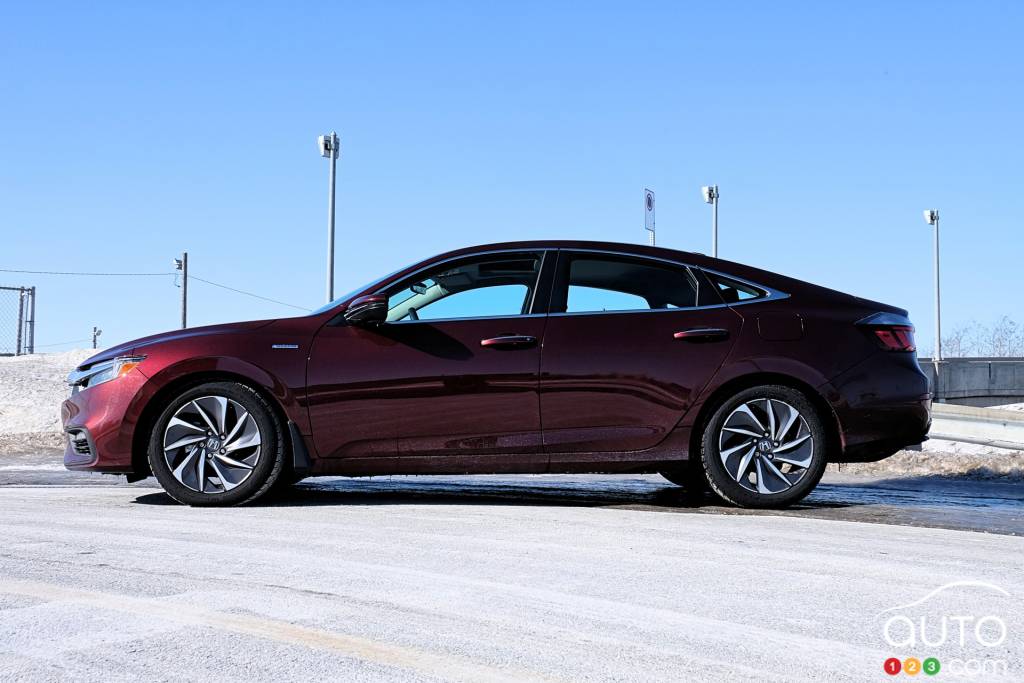 Articles By
Derek Boshouwers
Consumer Reports’ Most Reliable Models in 202...
Article
Mercedes-Benz E-Class Car of the Year for 202...
Article
Volkswagen Confirms Production Version of the...
Article
More from this author