Mont-Tremblant, QC - After seeing Ford, GM and even Mitsubishi virtually obliterate their car lineups to devote themselves almost exclusively to crossovers and SUVs, you might think that the future of the sedan is in jeopardy.

Nissan doesn’t think so. The Japanese company is betting part of its future on the revival of sedans by making a big investment in its new Altima, which arrives all-new for 2019. It is in fact the sixth generation of this model which started discreetly in 1993 almost as a small car before becoming a nearly full-size model in its most recent version.

More than just a redesign
Nissan says the inspiration for the new Altima's styling comes from the Vmotion concept that was introduced at the 2017 Detroit auto show. Overall, it has a more athletic style and more generous proportions. By which we mean, it’s 2.5 cm longer and 2.8 cm lower to the ground, and the wheelbase is extended by 4.8 cm.

The new chassis uses a larger amount of high-tensile steel that offers the dual benefit of providing greater rigidity to the chassis while saving 19 kg in the process. Visually, it’s by standing in front of the Altima that you see the most important changes. The hood is wider and the V shape grill is more expressive, and the car gets have projectors and LED fog lights.

In addition to white, black and gray, the 2019 Altima comes in a deep scarlet red that changes hue in the light, and in a blazing orange sunset made of a unique reflective pigment that further emphasizes the sculptural peculiarities of the exterior.

Aerodynamics was a focus as well, and the drag coefficient has been improved to 0.26. This low air resistance is always an asset for onboard silence and fuel economy. 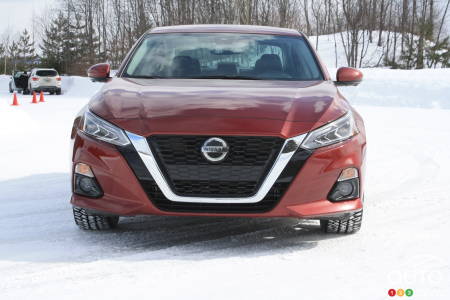 For the comfort of the driver and front passenger, you get zero gravity seats either in fabric or leather depending on the version with an optional Bose audio system with 9 speakers, including a new digital amplifier with 8 channels for setting the sound equalization and a more generous space with better soundproofing for a quieter cabin. Same displacement, new engine
As for the mechanics, you’d be forgiven from looking at the specs for wondering why Nissan left the same engine under the hood for an all-new generation. Except that they didn’t. The unit is actually 80% new and Nissan says they put the emphasis on lowering noise, vibration and harshness while reducing fuel consumption. In the end, of course, this 4-cylinder engine is still 2.5L as before; it delivers 182 hp and 178 lb-ft of torque.

Nissan continues to trust in its CVT transmission, which has recently gotten some iffy press in terms of reliability and is not universally loved among motorists, let’s put it that way. 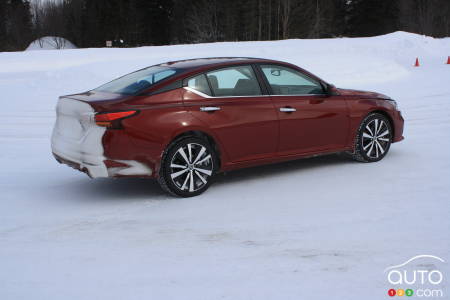 AWD
Of course the other big news that will probably put sales back on track for this Altima in Canada is the arrival of all-wheel drive on all models. It works by automatically redistributing the torque between the wheels (fully forward or evenly distributed at the front and rear) according to the road and driving conditions.

On a dry pavement, the Altima runs in 100% front wheel drive mode to ensure better fuel economy; this distribution can go up to 50/50 depending on the conditions of the road.

On the road/in the snow
A few first minutes behind the wheel was all it took for us to notice both the greater quiet of the cabin and a rather playful engine capable of good acceleration. Unfortunately, the CVT gearbox is still there to spoil the day and cut your driving pleasure in half. That’s a shame because overall, it has quite good low-speed acceleration; it’s just that you feel the pain in the engine bay every time you put your foot down with purpose. Like I said, a shame. All the more so because the steering has also gained in precision.

Despite the biting cold conditions near Mont-Tremblant north of Montreal, we maintained an average of around 8.0L/100 km with the all-wheel drive, which is pretty impressive. The driving responses are intuitive and the systems are predictable. The new, stiffer chassis also instills great driving confidence. In short, if it wasn’t for the CVT transmission, you could consider this new Altima to be almost perfect.

Conclusion
The 2019 Altima is already at dealerships now. The base version will cost you $27,998, with the damage rising to $31,498 for the SV version and $34,998 for the Platinum. This is a very interesting car that, with the addition of four-wheel drive, will undoubtedly tempt those Canadian motorists who buy utilities mainly because of their AWD capability. Certainly the car proved itself exceptionally able on this day of testing it on the snow and icy roads.

Here’s hoping that Nissan will inspire other manufacturers to follow its lead. 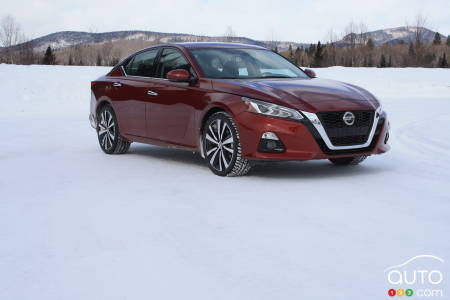 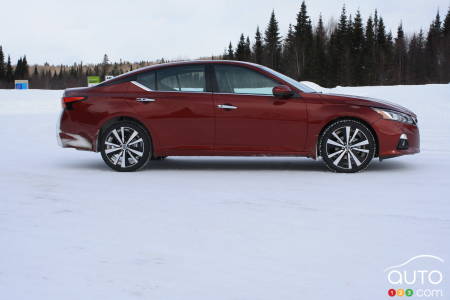 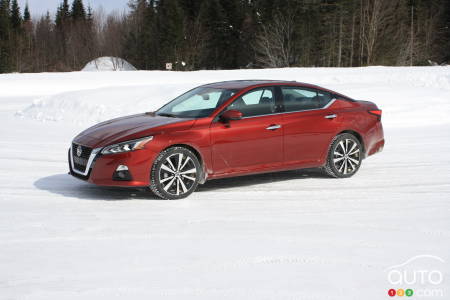 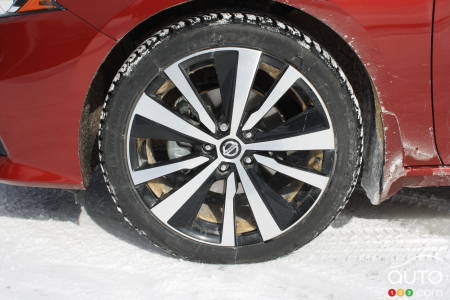 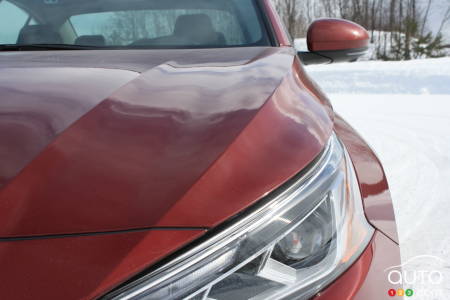 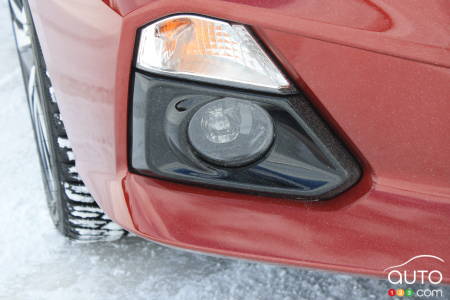