Porsche entered the highly lucrative luxury compact crossover market in 2015 with the Macan but since then, it has done little or nothing to it. True, the German automaker’ strategists have multiplied the number of variants available in the catalog (Macan, Macan S, Macan GTS and Macan Turbo), and they did bestow a modest "facelift" on their core SUV model, but beyond this bit of marketing so typical of Porsche, the Cayenne's little brother hasn't evolved in any significant way.

The Stuttgart-based manufacturer didn't really need to make any changes to its all-terrain athlete because sales are robust and the vehicle as is is still relevant after six years of service. There is, however, another explanation for this status quo: Porsche is actively working on electrifying its nimblest SUV.

We don't yet know all the details surrounding this second act in the story of the model, but whatever they are, the electrified version of Porsche’s best-selling model will be a central figure in the company’s plans when it has definitively begun its electric shift. Will it be superior to its gas-powered predecessor? Time will tell.

While we await this turning point in the history of the brand, well-to-do consumers can always fall back on the not-electric-but-still-electrifying Porsche Macan Turbo, the fastest galloper in the Macan herd. I was able to reconnect with it recently, and here's what I took away from this trim which by the way lists for about the same price as a basic 911 Carrera!

$22,660 worth of options!
Let's talk about the price demanded ($116,860 before preparation fees and applicable taxes) to get access to this Macan Turbo decked in Domolite Silver Metallic, a shade that adds $790 to the starting price of $94,200. Porsche is known for its impressive list of options, and in this case, our tester contained the equivalent of a base-model Mazda3 in added equipment. Alrighty then.

As you can see, it's a surreal experience to itemize the available options for a Porsche model!

This "à la carte" way of doing things will certainly not change anytime soon, as the brand's clientele generally has the means to remain unperturbed at the astronomical prices bandied about. It is surprising to see some equipment on the Macan’s options list that you’ll find standard on some mass-market models, but then, Porsche is not alone in this regard.

A sports car interior
Let's put aside for a moment the dollars extracted from Porsche customers and focus on the environment that awaits a Macan driver, whether or not the model comes with a turbo engine. When you open the doors, you'll immediately notice the sport seats, recognizable by their horizontal central inserts. These bucket seats are very comfortable, but they also envelop the driver nicely - perfect for attacking winding stretches of road.

Quality of construction is also evidently high, as is the quality of the materials used to dress the interior. However, the heart that beats at the centre of this car, like of any Porsche, is the famous driving position, so dear to Porsche designers, along with the perfectly sized GT steering wheel that can be positioned precisely where the driver wants it, and the PDK dual-clutch transmission's gearshift lever, which is used and abused by the right hand when shifting gears in manual mode... if you prefer this alternative to the paddles behind the steering wheel.

As a sign of its slightly older age compared to some other models, the Macan still comes with a multitude of physical buttons between the two front-row occupants. It’s a detail I don't dislike, even though it might be harder to keep clean over time. The 10.9-inch wide centre touchscreen delivers impressively clear imagery, and its responsiveness is as quick as the car that surrounds it. However, it does sometimes take a few minutes to navigate through the many menus and applications to get to what you want.

Despite its compact crossover size, there's plenty of room in the second row of the Macan, sufficient really for two tall adults. For two children, it's the ultimate in luxurious roominess. Where it loses a few points is in the trunk, though to be honest this deficiency is likely not going to dissuade or even matter to most buyers of this type of vehicle.

Driving pleasure 101
I'd be lying if I told you that you absolutely have to aim for the Turbo model to have fun behind the wheel of the Macan. The base model is already very competent, but then the upper trim levels (S, GTS and Turbo) are all abundantly equipped to stick and freeze a smile on the face of the user.

I admit, the Macan GTS is still my favourite, notably for the sensations it delivers, but the Turbo is second on my list. Of course, with a 2.9L twin-turbo V6 engine delivering 434 hp and 406 lb-ft of torque, accelerations are those of a sports car, the 6-cylinder engine answering loud and clear when the right foot demands more. Unsurprisingly, the excellent dual-clutch transmission takes care of shifting gears at lightning-fast speed, whether you’re in manual mode or not.

On-board electronics also help change the character of the SUV, with the Sport Plus mode in particular sharpening the vehicle's handling to razor-sharp levels.

Steering is also a core source of the driving pleasure this Porsche delivers. The Macan Turbo's steering is very precise whether in the city or on the highway at high speeds. As well, the vehicle’s explosive dynamics would be useless if the ride itself was uncomfortable, but fortunately, the Macan Turbo pampers its occupants rather well.

As for fuel consumption, it's quite reasonable provided you don't spend your time behind the wheel thinking you're Walter Röhrl.

The last word
SUVs are the flavour of the decade, it now goes without saying, and many of them now being produced deliver performance similar to those of cars, the actual driving experience they offer is still not generally as sensation-inducing. While I can’t say the Porsche Macan Turbo manages to make itself an exception this rule, I will say it delivers a drive worthy of the badge installed at the tip of its hood.

For those who want a sports car, but absolutely need the interior of an SUV, the Macan Turbo – and the other trims, all very good as well – really should be on your short-list. Drive it and you'll understand.

Sporty temperament
Quality of execution
The sound of the V6

The price of the options (!)
Rear visibility
Smaller trunk space than other competitive SUVs 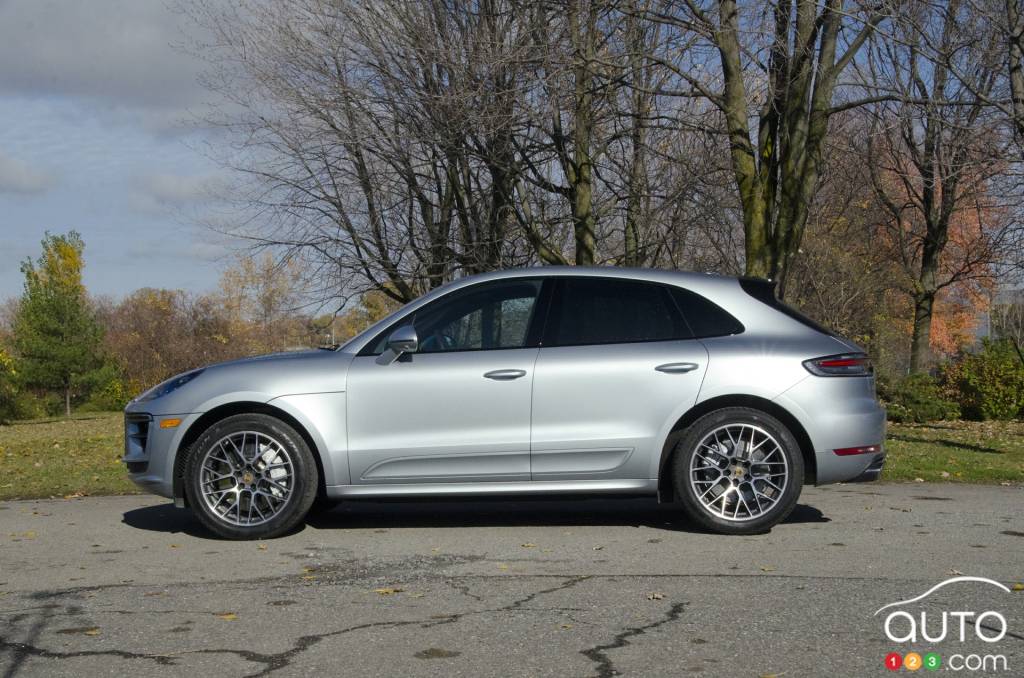 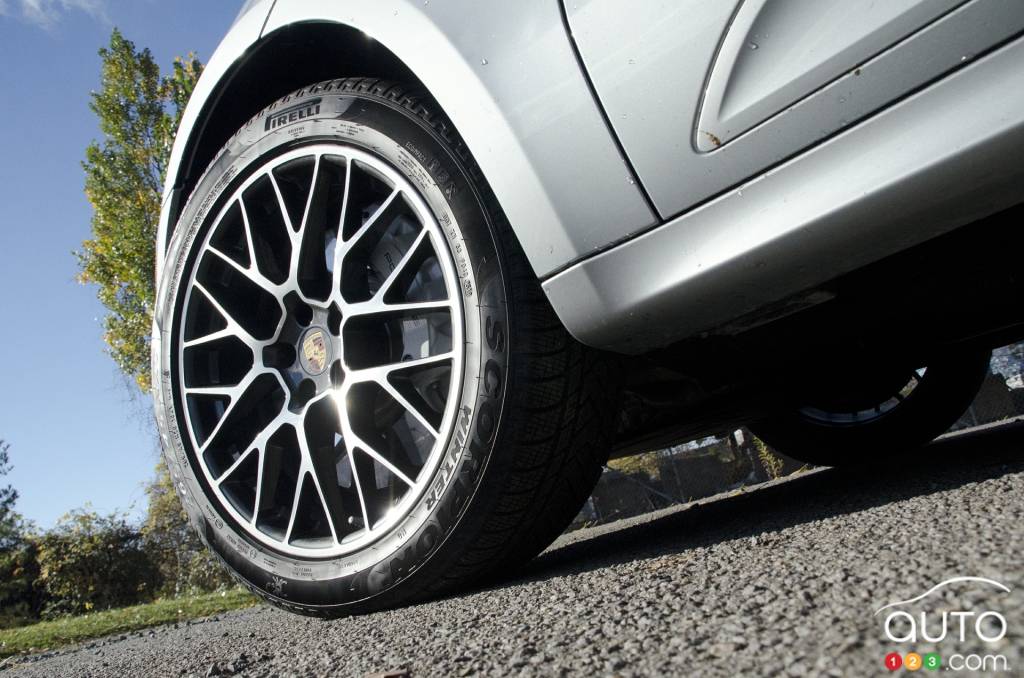 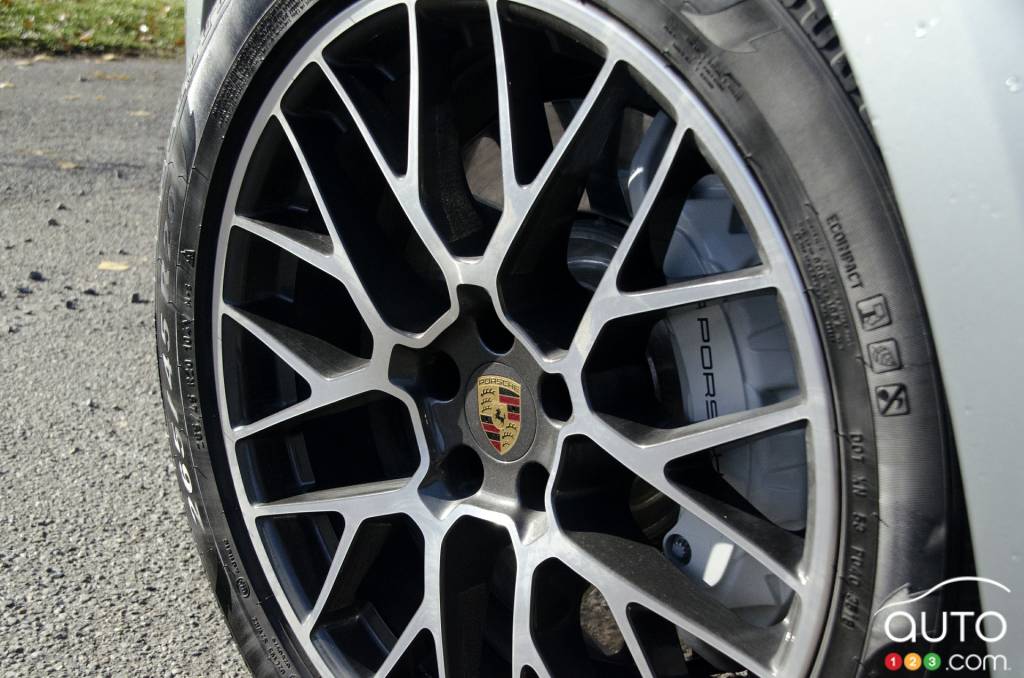 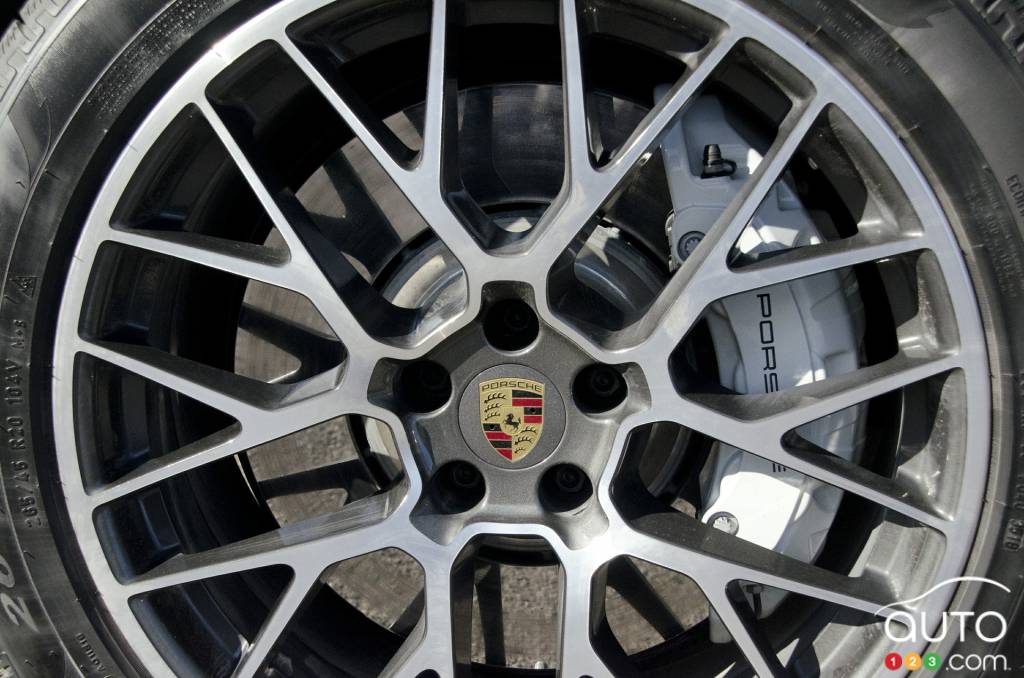