As it did with the 6 Series, BMW has added a Gran Coupe model to the new 8 Series lineup, which will take on models like the Mercedes-Benz CLS and Mercedes-AMG GT sedan, the Audi S7 and RS7 and the Porsche Panamera. This model, as tested, lists for over $136,000, and is thus clearly intended for that infamous top 1% of the wealthiest consumers.

More practical
From a design point of view, the Gran Coupe is undoubtedly the most user-friendly model in the 8 Series family of models; and in part that helps makes it the most practical. Compared to the 2-door version, the Gran Coupe is almost 23 cm longer, 3 cm wider and 5 cm higher.  This has made it possible to offer a slimmer roofline in the style of a "fastback".

You have 4 doors and room in the back for two adults. LED headlights wrap around the large, one-piece grille, and the aggressive bumper openings are in place to let the 523-hp turbo engine breathe. The highly sculpted rear end features large LED taillights that add character to the overall design.

A panoramic glass sunroof extends from the windshield to the rear window, but know that the M850i also comes with an available lighter carbon-fibre roof that also lowers the car's centre of gravity. 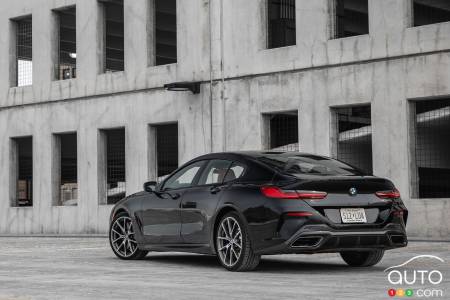 The Interior
The cabin exudes luxury through every orifice. The longer wheelbase compared to the coupe version make it possible to have rear seats worthy of the name. The entire interior is wrapped in Merino leather that comes as an option ($3,500) in our tester. The rear seat is 40/20/40 split fold down to provide more cargo space.

Because this is a Beemer, the environment is of course sporty as always. You can see it in the comfort of the tight, highly adjustable seats. The standard lighting comes in different moods that change from blue to orange by simply choosing the mood you like from the menu on the centre screen. That 10.25-inch touchscreen with central controls and a BMW iDrive multimedia controller with buttons and knobs also comes with a standard navigation system, as well as a configurable 12.3-inch instrument display and head-up display.

Needless to say, in the driver's seat, your torso inflates quickly; you feel important behind the wheel of such a car. 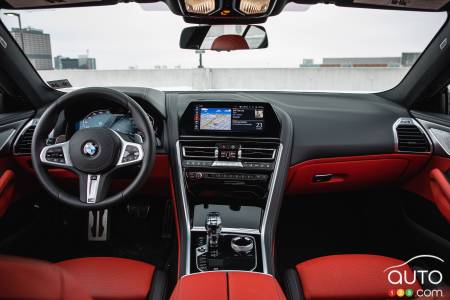 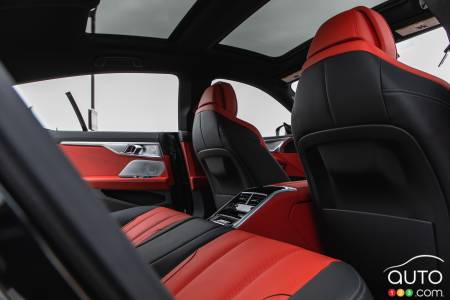 Fast-paced V8
The M850 Gran Coupe uses the same 4.4L turbocharged V8 found in other models of the family. Here, it offers 523 hp and 553 lb-ft of torque, delivered through an 8-speed automatic transmission and all-wheel drive. Our test drive took place in the middle of winter, and we can tell you that despite the car’s fairly low ground clearance, the all-wheel drive system works with great efficiency.

We weren't able to verify BMW's claim that the M850 is capable of doing 0-100 km/h in 4 seconds, but judging by a few accelerations on highway on-ramps, we have no doubt that it's possible. If you want to make your presence felt, this V8 comes standard with a controlled flapper sport exhaust system, suited to either the quiet or sporty driving modes of the 8 Series. Be warned, the exhaust note in Sport Plus mode is likely to disturb your neighbours.

High-end technology
As per German automotive tradition, technology is a major part of the driving experience here. You have, for example, an electronic transmission control system capable of using data from the navigation system to modify gear-shifting characteristics according to current driving conditions. If you come to a roundabout, the engine will downshift earlier as you approach an intersection or minimize unnecessary gear changes between sharp turns on a winding road. 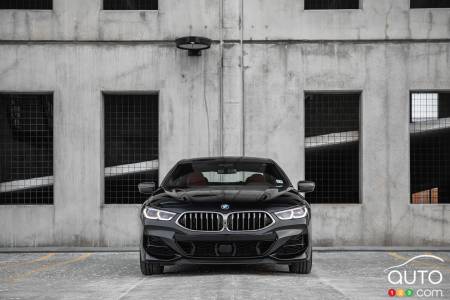 BMW also uses navigation data and sensors that read the movement of other vehicles to avoid unnecessary activation of the stop-start system. The all-wheel drive system, like all BMW products, gives priority to the rear wheels for a sportier drive. The M850 has an electronic clutch that fully transfers torque between the front and rear wheels and adaptive shock absorbers as standard.

Then there’s what BMW calls its "Extended Traffic Jam Assistant", which allows you to drive semi-autonomously in traffic jams on limited-access motorways at speeds below 75 km/h. 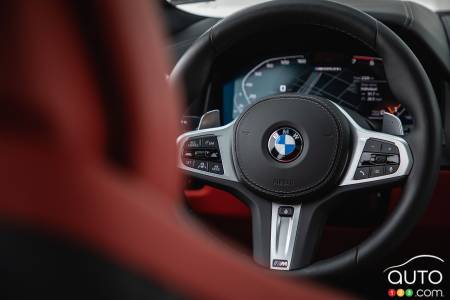 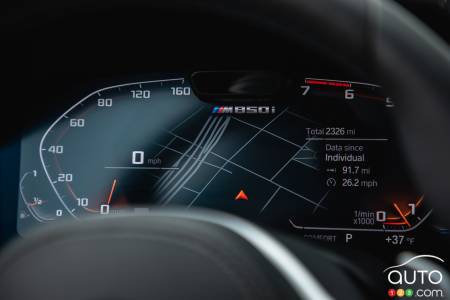 A German GT
You’ll find sophistication pretty much everywhere in the M850, even in the driving position, thanks to an adjustable electronic suspension that allows you to switch from a living-room to a race-car vibe without actually changing the seats. Keep in mind, though, that you're driving a car that's over two metric tons and makes its weight felt on the road - though electronic driving aids are able to neutralize much of that excess weight.

If you want a ride that's not too firm, you need to go into Comfort mode, which alleviates the harder pothole-caused smacks. In this mode, the engine is smooth and benevolent. It's the perfect mode for everyday driving or getting to work in morning traffic. Shifting to Sport or Sport Plus mode considerably tightens the suspension and causes an angry rumble in the exhaust, especially if you press the throttle firmly, and you then get a more-vivid idea of the potential of the 523 horses under the hood.

The icy conditions of our week-long test also showed that the all-wheel drive system is efficient and allowed even on very slippery surfaces to pass the test with flying colours. So, even though for some it may be sacrilege to put such a car outside in the winter, no problem adapting. 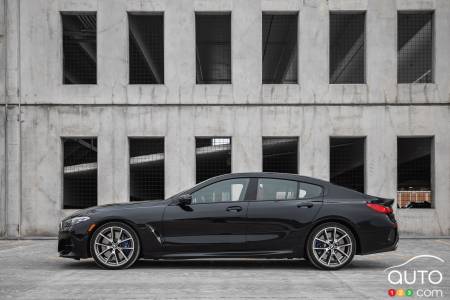 Conclusion
The M850 cultivates balance by promoting a positive driving experience and making itself comfortable at all speeds. Mechanically, it's a machine built to go to war, but it won’t forget that the crew you’re bringing along with you doesn't want a pure sports machine. In other words, this BMW fits the right definition of a Grand Touring car. 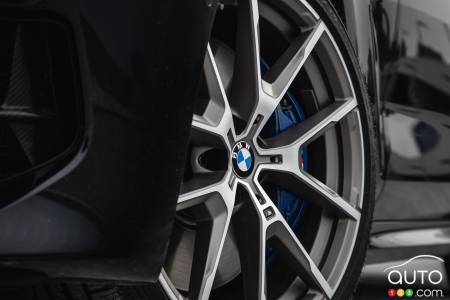 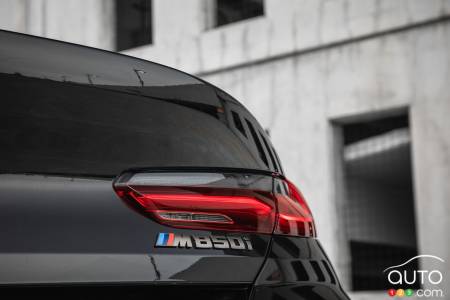 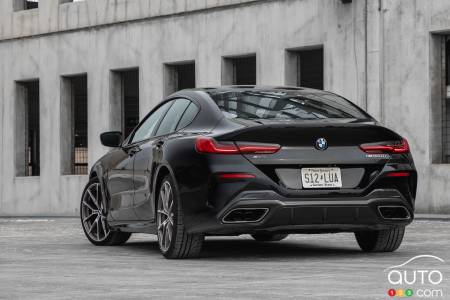 BMW has finally unveiled the new 8 Series Gran Coupe version. Although this version is largely without surprises, it will be a fearsome opponent for its riva...