Powell Butte, Oregon – Over the past decade, the long-simmering battle being waged in the pickup segments between the American Big Three has erupted into all-out war. This applies to both the light-duty and heavy duty (HD) categories. Each generation seems focused single-mindedly on offering more power, more torque and more towing capacity than before and, especially, than the competition.

And so it is with the new harvest of HD trucks from Chevrolet. This time, the automaker’s big, blunt argument to win over consumers is their massive towing capacity of 35,000 lb.

In so doing, Chevrolet once again overtakes Dodge in the My Dad Is Stronger Than Your Dad sweepstakes.

Beyond this mind-bending number, however, is a product that’s been entirely overhauled to better serve those who need heavy work done, reliably. Little if anything has been neglected, and the result is an overall exceptional product – except for a couple of notable missteps. We’ll get to that. 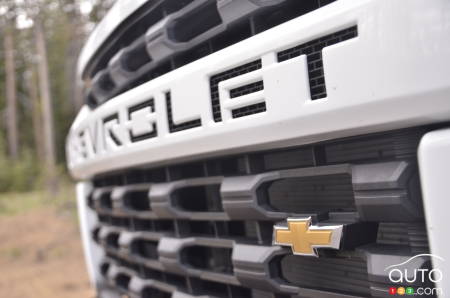 The styling
The looks of a vehicle can be a subject of endless debate, and since personal tastes are entirely subjective that debate can be fun but it’s ultimately futile. That said, there are exceptions. In the case of the new Silverado HD, rarely have I witnessed such a strong consensus regarding the looks. More specifically, how hideous this thing looks. Distinct this truck certainly is, but I think it’s safe to say it won’t win any beauty contests.

I can easily imagine that over at Chevrolet HQ they’re discretely crossing their finger hoping sales aren’t affected by the ugly mug of truck. Not many of us would be happy driving around in a vehicle that’s the object of raspberries and ridicule – especially in the Heavy Duty universe!

Now that that’s out of the way, know that the 2020 Silverado comes in five different flavours. They are, with expected percentage of sales of the model to individual buyers in parentheses, the Work Truck (5%), Custom (10%), LT (25%), LTZ (40%) and High Country (20%). There are a few distinctive visual features on each, notably as concerns the front grille and the wheels.

Then of course there are the 2500 and 3500 double-axle variants of the HD series.

Pricing, if you’re wondering, will be announced later, closer to commercial launch date. 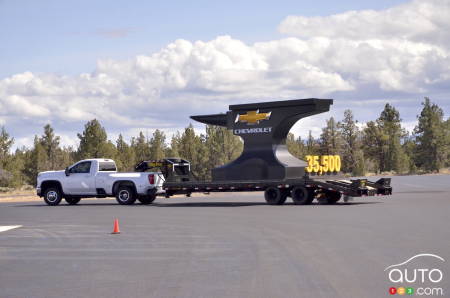 The crux of the matter: the engines
Under the hood we find an old acquaintance, which has gotten some substantial upgrading, plus a rookie still wet behind the ears. There’s both good and bad here.

The good: First of all, the Diesel Duramax engine is back, better than ever. The 6.6L turbodiesel V8 delivers 445 hp and an impressive 915 lb-ft of torque. Most pertinently, its towing capacity is an astounding 35,000 lb. In fact, all double-axle versions equipped with this engine can pull at least 30,000 lb.

On our day of introduction to the HD, we were let loose in a version towing a load of 14,000 lb. The results were frankly impressive; we barely felt like we were pulling anything at all. Slight exaggeration, that, but only slight. You do feel the weight when first getting going, but once in motion it’s child play for the truck.

Part of the credit for that must go as well to the 10-speed automatic transmission.

Our review of the 2020 Chevrolet Silverado 1500 Diesel 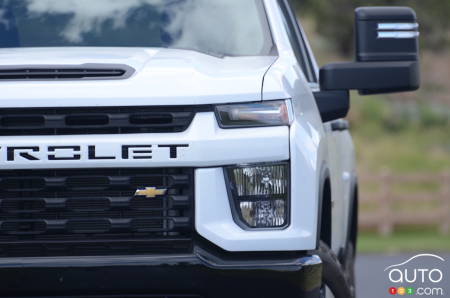 The bad: The other available engine is a new 6.6L V8 fed by gasoline; its specifications give its output as 401 hp and 464 lb-ft of torque. This version was provided to us with a 6,000-lb load attached to it, and this time around our enthusiasm was squashed. Of the 401 horses, we had the impression half of those were chilling out IN the trailer instead of working dutifully to pull it from under the hood of the truck. Worse, even when the truck isn’t pulling anything you never feel like you’re benefiting from all of the advertised power.

The pricing, when it’s announced, will tell a fuller story. But even if it’s scaled to make this second powertrain attractive, I can’t see why I would opt for it in lieu of the diesel engine. Budget would have to be a major consideration. I wonder if Chevrolet even wants to sell any HD with this new engine. Any customer who test-drives both powertrains back-to-back is going to be entirely swayed towards the diesel option.

Each powertrain, by the way, can be configured with regular, double or crew cab format. 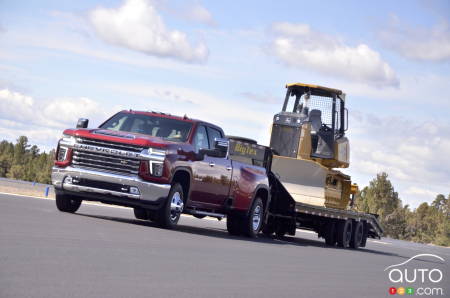 The art of towing
Chevrolet is conscious of the fact that folks who go in for a heavy duty truck like this tend to do a lot of towing. With that 35,000-lb capacity (an astonishing 52% increase over the previous Silverado HD), I can’t imagine this truck coming up short for anyone. So how did Chevy manage that phenomenal increase? Inundating you with technical details might bore you to tears, so suffice to say the company’s engineers redesigned and reinforced just about everything. The chassis, for example, is built to handle some serious stress.

Beyond the massive capacity, Chevy also focused on making towing operations as easy as possible. Internal studies showed the company that 50% of people reported being stressed out by having to tow stuff. Clearly, there’s room for improvement there, and users of the new Silverado HD should feel altogether more zen when operating it.

There is, for example, a system of eight cameras offering up to 15 different views. One serves for securing the trailer, another to help see what’s going on behind that trailer; engage the turn signal and you even get side views. Another nice feature is the camera the user can place behind the trailer to get a better view of the space behind it. That view is shown on the central console camera, so that when you’re at the wheel you can see if there’s another vehicle close in behind you. That wasn’t possible before. 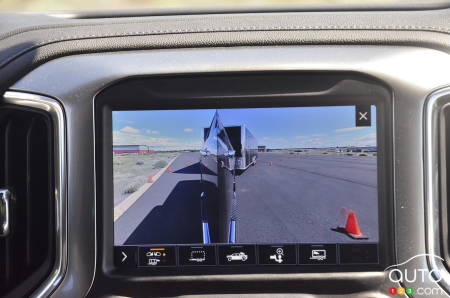 Own horses? A camera can even be placed INSIDE the trailer so you can keep an eye on your precious cargo while you drive.

In this regard Chevrolet scores some serious points. The only thing I can see that’s still missing is a Ford-style system that allows for directing the trailer with a knob when backing up.

The rest
There are far too many new elements and functions in Chevy’s new crop of HD trucks to mention here. We’ve touched on the essential ones, but just keep in mind there are a ton more waiting to be discovered when you take an in-depth, in-person look at the 2020 Silverado HD. Here’s a quick rundown of some of them:

- 21 anchor points in back, including 9 movable ones
- The HD series gets its first power tailgate
- The fascia is designed to allow the installation of snow-clearing equipment without the need for any modifications
- The bloc-heater is integrated in the front grille (no more hanging cords)
- The driver can check the tire pressure of the trailer’s wheels while driving the truck
- And tons more 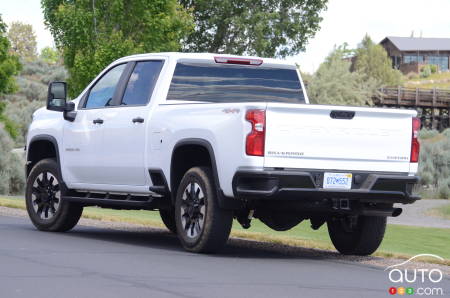 Conclusion
Chevrolet’s HD is a very, very solid product. And if you’re in the camp of those who hate the truck’s looks, you can always wait for the GMC version that will debut soon.

Otherwise, this segment, for consumers, is a question of needs, and Chevrolet has done everything it can to make sure all them are met with its new HD.

Up to you to see if it meets yours. 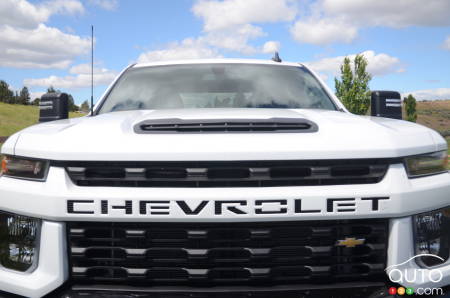 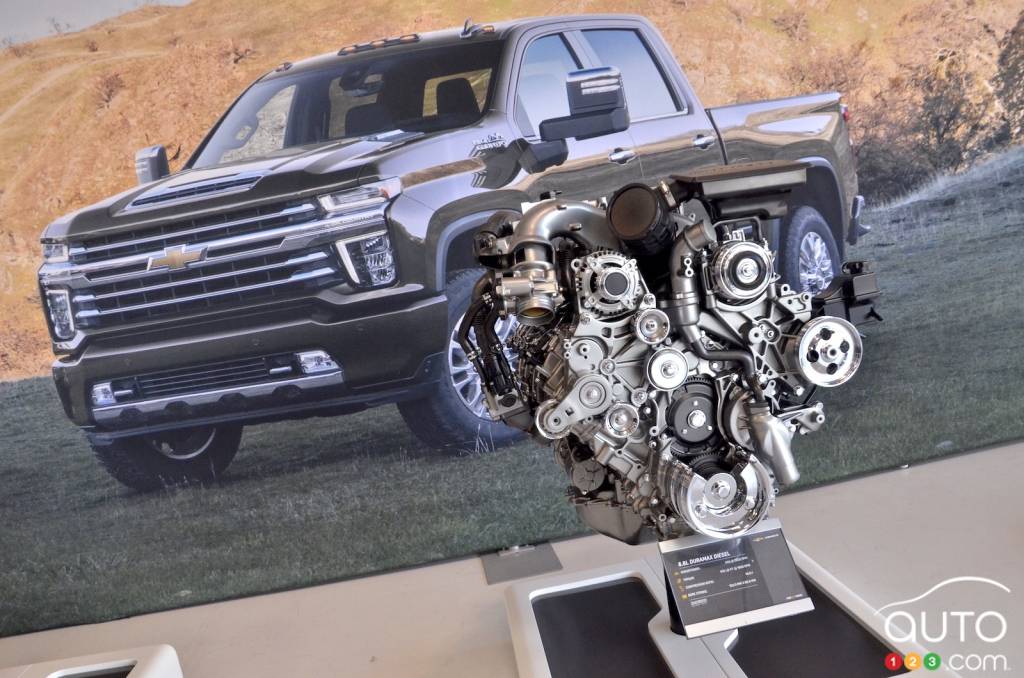 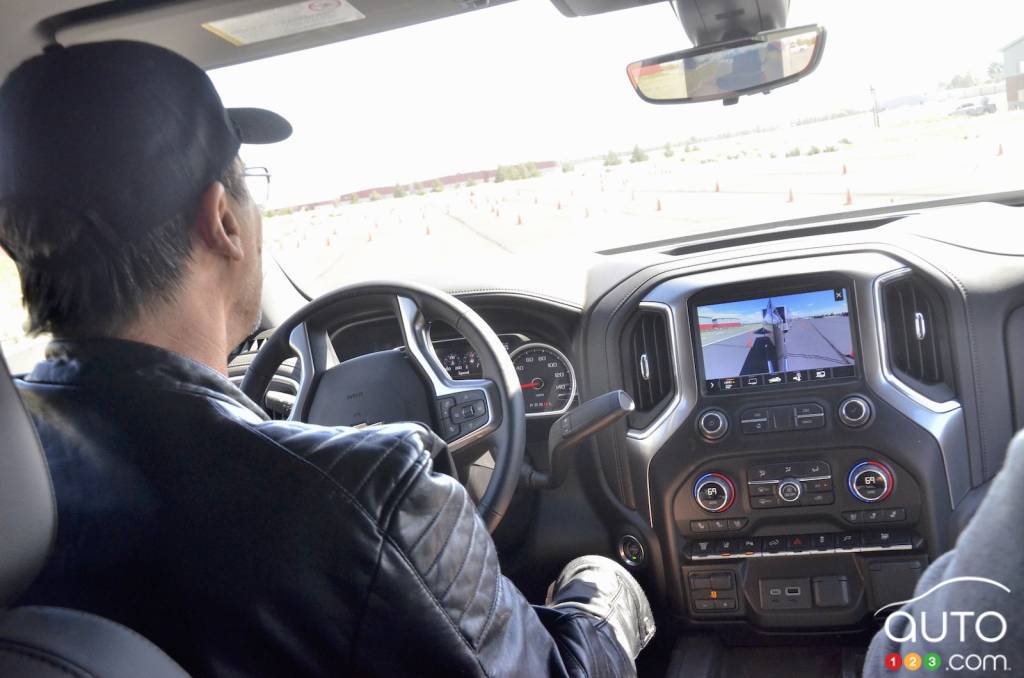 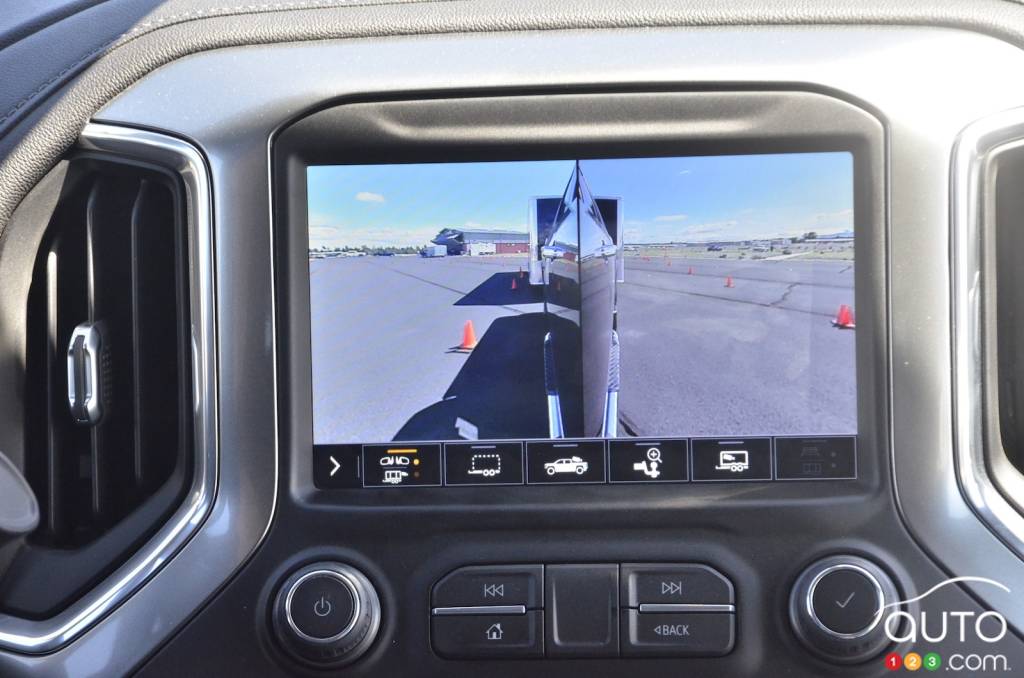 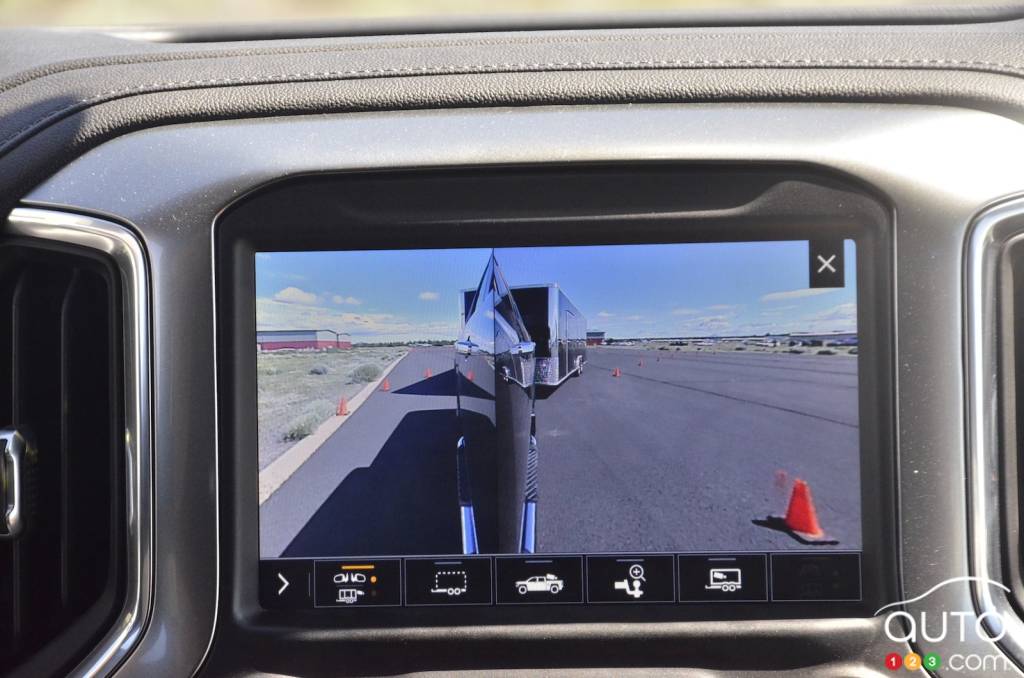 The 2020 Chevrolet Silverado 1500 comes in so many flavours you’ll have to put the time in to figure which is best for you. Across the range, know that the t...

It was Chevrolet’s turn to take the spotlight with the unveiling of its 2020 Silverado HD truck ahead of the Chicago Auto Show, which starts this week. The r...