Powell Butte, OR – It’s been nearly a year since the current generation of the Chevrolet Silverado first debuted. Its launch was accompanied by a promise that we would eventually get a diesel-powered version. That promise has now been kept.

It will be a while longer before the model actually hits dealerships, but Chevrolet gave us the opportunity to test it out during the company’s media launch of the HD version of the 2020 Silverado truck.

Our drive was short in duration but it left us with quite a positive first impression.

Here’s a look at this new variant, available starting in the LT configuration, fourth highest rung on the ladder that includes eight trims in all. 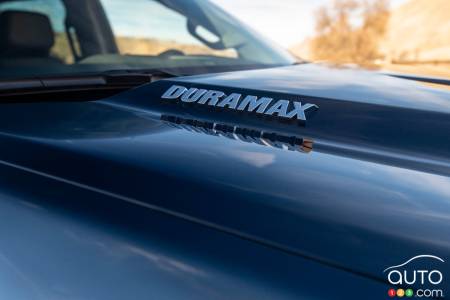 The truck
If you’re a regular visitor to our site and its reviews, you’re probably already well-familiar with the new Chevrolet Silverado as well as its cousin the GMC Sierra.

Review of the 2019 Chevrolet Silverado

12 Chevrolet Pickups That Have Marked History

Over and beyond that much-discussed and controversial styling, Chevrolet delivers an undisputedly competent truck. In short, this is a vehicle that’s rugged and capable, drives solidly, is more reliable than its competitors and comes in a ton of variants.

As for that styling, it certainly elicits a range of opinions, but that’s a question of personal taste. Inside, buyers can get a comprehensive range of equipment depending on how much they’re willing to spend, but you can add as much as you want, the truth is presentation and quality of materials are not the strengths of this product. A passing grade, but not much more.

And of course, that applies just as much whether you have a gas- or diesel-engine version of the model. Fortunately, this version has other qualities helping its cause. What’s more, the timing is right for Chevrolet, which has seen sales of the Silverado slump this year in the U.S., by 15.7% in the first quarter.  What’s particularly worrisome is that the drop comes in the first year of the model’s overhaul. Normally, you would expect to see sales jump in such a situation. 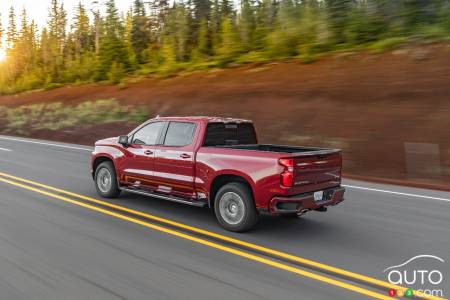 The engine
The turbodiesel engine making its debut is a 3.0L inline-6 unit, and here we see a first difference with what’s happening at the competition. Ford and Ram both use V engines, but Chevrolet’s format allows for a gentler functioning.

In terms of towing capacity, Chevrolet lists it officially at 9,300 lb, which places the Silverado Diesel behind both its Ford (11,400 lb) and Ram (12,560 lb) competitors.

We do yet have official fuel consumption figures, but Chevrolet says this was a prime focus in developing this powertrain. They’ve also made the considered calculation that most owners of 1500 series trucks will rarely be pulling more than 6,000 lb. Those who do tend to gravitate towards HD trucks – check out Auto123 for our review of that version of the 2020 Silverado in the next few days. 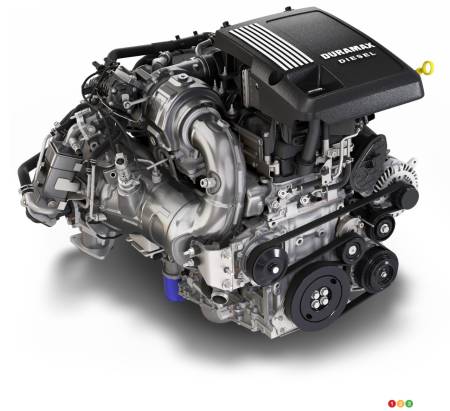 The transmission
The biggest advantage of this engine configuration might be the transmission it’s been wedded to, a 10-speed automatic that ironically was developed conjointly with Ford.

This unit works with impressive gentleness. Transitions all through the range are bump-free, whether moving up or down. More than anything, they outperform many transmissions with so many gears by always seeming to find the right one at the right time.

There’s another advantage: due to the shorter ratio between speeds, there’s less deat time when shifting from one speed to another. In almost all cases the torque and RPMs are in the right place, and responsiveness is improved when accelerating.

At the wheel
The driving experience offered by the Silverado with Duramax engine is no different than by versions running on gasoline engines. There’s a certain added lightness when you engage the steering, which improves the feeling of control when at the wheel. 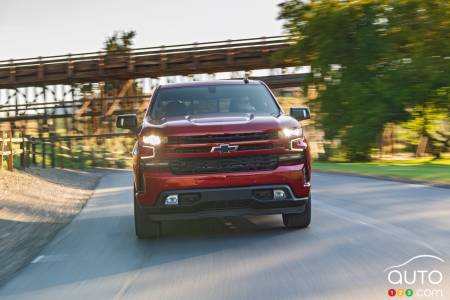 That diesel thing is, obviously, the unique element here. It allows for strong execution off the line. The big Silverado takes off like a hare and proves that the 460 lb-ft of torque is not an idle boast. On the other hand, there’s a certain losing of breath as the speed increases.

Unfortunately, our test drive was limited to driving the truck without a pay load or a weight to tow. We have no reason to doubt the capabilities regarding initial acceleration off the line with, say, 7,000 or 8,000 lb of cargo. But we do wonder what happens when accelerating from 70 to 90 km/h. We would have liked to get the chance to evaluate that…

These figures apply for the two-wheel-drive version of the Silverado diesel. The range when driving a 4X4 configuration is between 6.6L/100 km and 9.8L/100 km.

We’ll have to wait to see what the numbers look like for city driving before we know the average consumption, but these figures do give you the general idea. 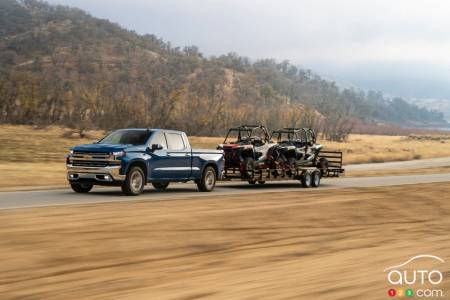 Conclusion
The entry-level diesel-powered trucks from the big Three American automakers all deliver the essential goods to those who want solid payload and towing capacities and decent fuel economy when not pulling or carrying anything except passengers.

Picking between them is not actually easy, but I tend to lean towards the Chevy diesel version. Why? Simply because of the company’s expertise in the category overall, as well as its reassuring record for reliability.

There is reason to be wary, if only because the product is new. Time will tell us more about its true qualities.

Pricing for the 2020 Chevrolet Silverado Diesel will be announced closer to its commercial launch date. 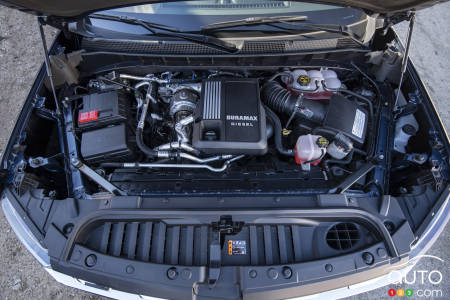 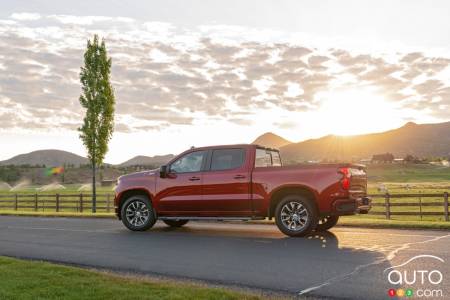 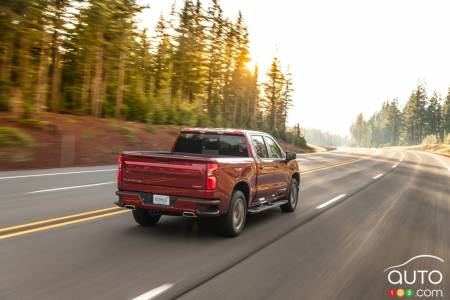 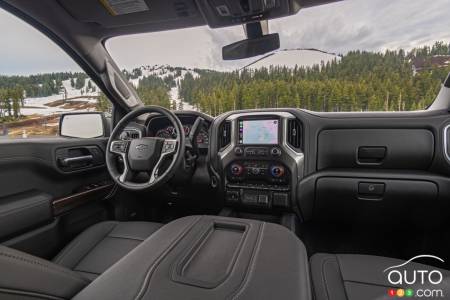 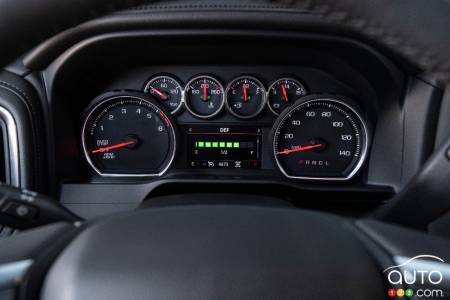