Cœur d’Alène, ID – These days, automakers lookingto advance in the market must be present in all segments. And while Hyundai has grown to become a major player in the industry over the past few years, its lineup still showed a few holes.

The Palisade plugs one of them, in a big way. Very big.

The latest addition to the Hyundai product range takes its place at the very top of the range, above the Santa Fe, the Tucson, the Kona, and the other rookie hitting the market for 2020, the upcoming Venue.

And like all those other models that have been introduced or updated by Hyundai in the last few years, the new SUV is a high-quality product.

But is it a compelling choice for buyers in the segment? We got to have a close-up first encounter and drive of the Palisade. 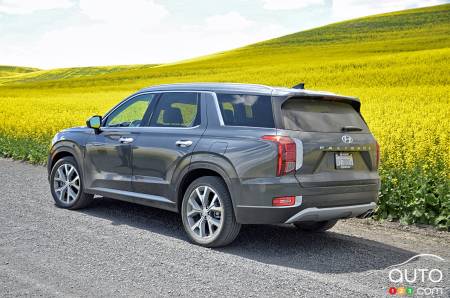 Charm offensive
The Palisade was first unveiled last fall at the Los Angeles Auto Show; the choice of location tells you much about who Hyundai is targeting with this big three-row people mover. Job number one for the Hyundai Palisade, as well as for its cousin the new Kia Telluride by the by, is to seduce North American consumers. Its very conception was handled by Hyundai’s American division, and it’s the largest vehicle ever produced by Korean automaker.

And large it is. In several ways, it wins that contest when compared with the likes of the Honda Pilot, Toyota Highlander and Ford Explorer.

The produce offering includes five variants, four of them configured out of the box to accommodate eight occupants. The exception is the range-topping Luxury edition, which can take in seven due to the captain’s chairs in the second row.

And true to habit, Hyundai has generously filled in the lineup card when it comes to the equipment included in each of the variants; each one comes very well-equipped, thank you very much. This makes it far easier to swallow the high price points for the model. 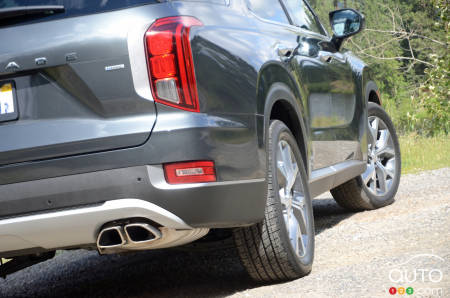 One single engine
No risk taken under the hood, with Hyundai calling on its trusty old 3.8L V6 to power the Palisade. This unit has proven its reliability over the years, and the 291 hp it delivers is solid enough. At the wheel you even feel like you’re getting more output than that. As for torque, it can get up to 262 lb-ft. This powertrain delivers honest acceleration and a 5,000-lb towing capacity, which is the baseline for respectable in this really-big-ute category.

Working with the engine is an 8-speed automatic transmission, which during our day of testing managed to make itself forgotten. I’ve said it before, a transmission is like a good stay-at-home defenceman: you know it’s working properly when you don’t even notice it’s there.

As for the HTRAC all-wheel drive, it comes standard. As well, drive modes can be chosen from, three of them devoted to managing snowy and muddy road conditions. On snow, for example, 50-80% of power can be directed to the front wheels, and the switch to second gear comes earlier to avoid skidding. In mud, distribution is 50-50 and the differentials are locked. 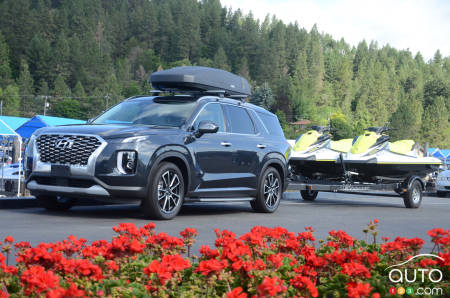 Prices and versions
The ball gets rolling with the Essential model, which comes out of the box with FWD with an option to add AWD ($2,000 extra). This version is equipped with heated front seats and steering wheel, adaptive cruise, the Smart Sense safety suite and Apple CarPlay and Android Auto integration. Price for the two-wheel-drive configuration is $38,499.

Next up is the Preferred starting at $45,499. Added for this version are 20-inch wheels, power sunroof, more safety features such as blind spot monitor and rear transversal traffic detection, proximity lock/unlock and push—button start. Also thrown in are dual-zone climate control and second-row heated seats.

$500 more gets the seven-seat configuration with its captain’s chairs. At the very top, $53,999 gets you a full package of features that includes ambient lighting, wireless smartphone charging and second-row ventilated seats.

Quality
Inside the quality of execution is immediately apparent, in terms of materials and of finishing. The seats are comfortable, though they offer little support. Thumbs up to the integration of the screen into the dashboard – I admit to being quite allergic to those tablet-style screens so in vogue in the industry lately.

And as detailed earlier, the list of equipment included is pretty comprehensive. Hyundai has added a few interesting touches, like a system that allows those in the front row to speak with last-row passengers via the audio system’s speakers. It’s also possible to cut the audio for the second and third row, perfect if there’s napping going on or if your choice of music is meeting with bad reviews.

Just in case you have caught on yet, the Palisade is designed for large families.

The drive
We shouldn’t neglect a few words on how the Palisade actually drives. Hyundai has done good work and the new SUV delivers what you could hope for from a vehicle of this type. The chassis is quite stiff, in fact it’s 40.4% more rigid than that of the departing Santa Fe XL. The ride is exceptionally smooth, as is the steering. Overall, it makes for a very reassuring drive. Just don’t expect much in terms of actual, honest-to-good pleasure. The Palisade’s driving dynamics are neutral to the point of being disconcerting. 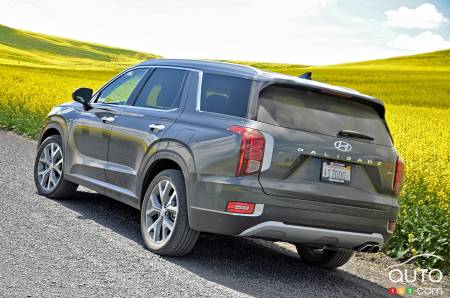 As for sound insulation, Hyundai says it put a lot time and effort into this. And yes, the cabin is a quiet environment. But in one of the two versions we tried, we noted an irritating wind noise coming from the front left corner. Worth making a mental note of before you go for a test drive…

Conclusion
Hyundai says it wants to sell 7,000 Palisades annually in Canada, a target we find just slightly ambitious. The product is pleasing, to be sure, but the price point will make some hesitate. Above all, though, the competition is big and ferocious, and already well-established.

Which makes for a steep climb for the new Palisade. The automaker is betting that consumers are more willing to shell out significant bucks for its vehicles than they were a decade ago. Remember the Veracruz? 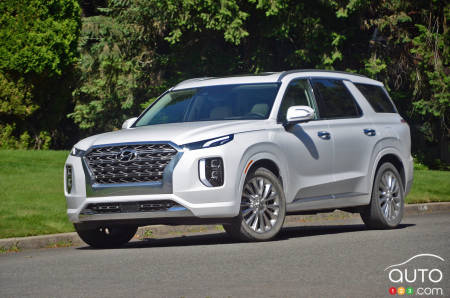 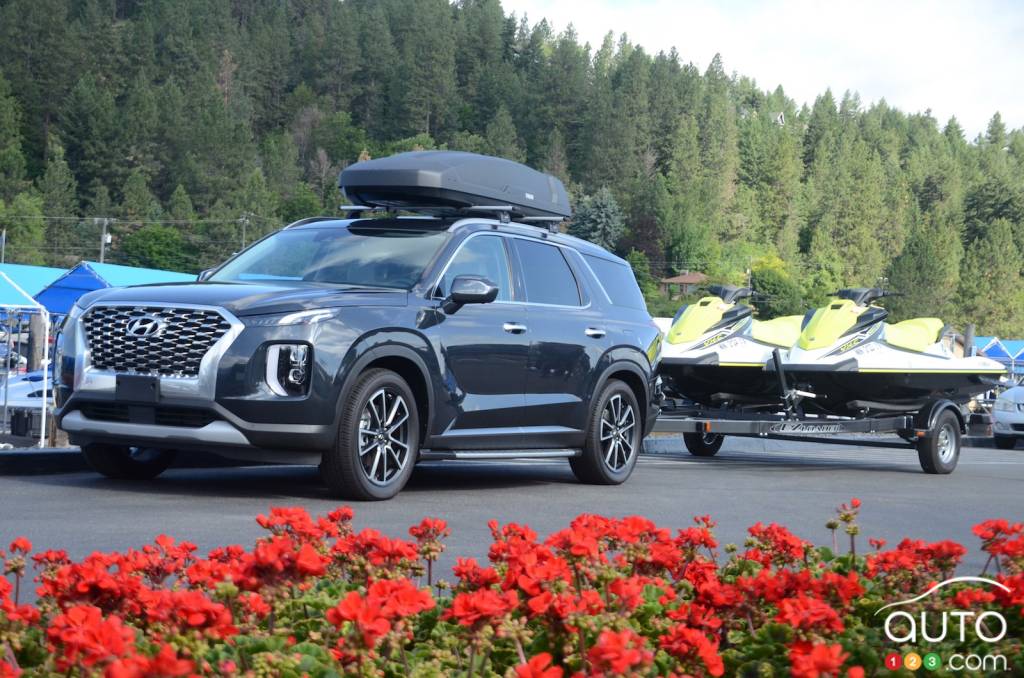 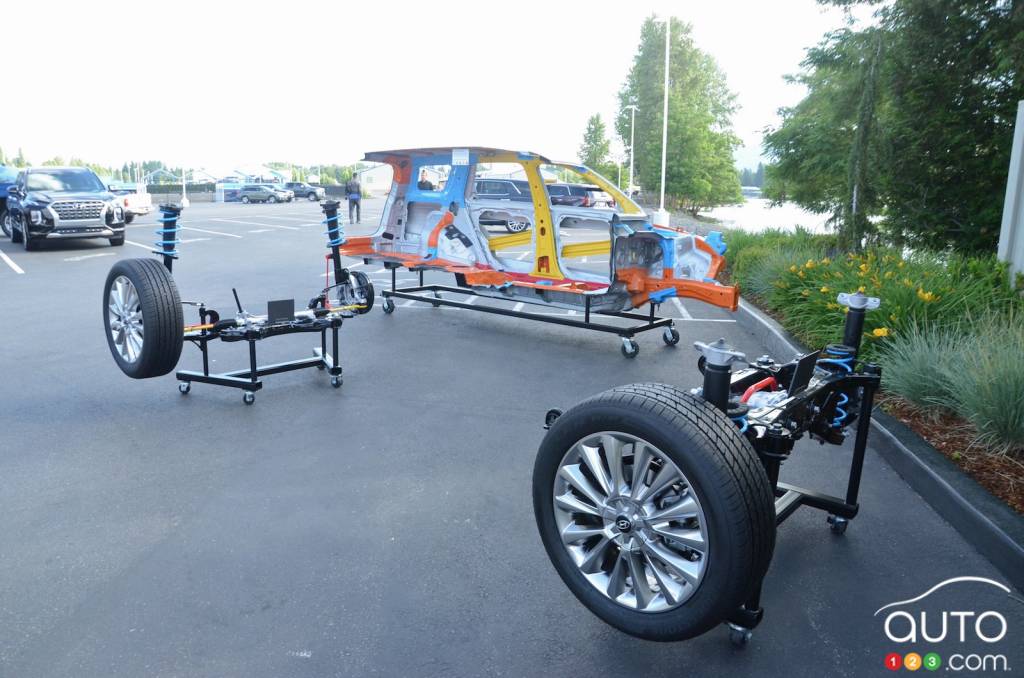 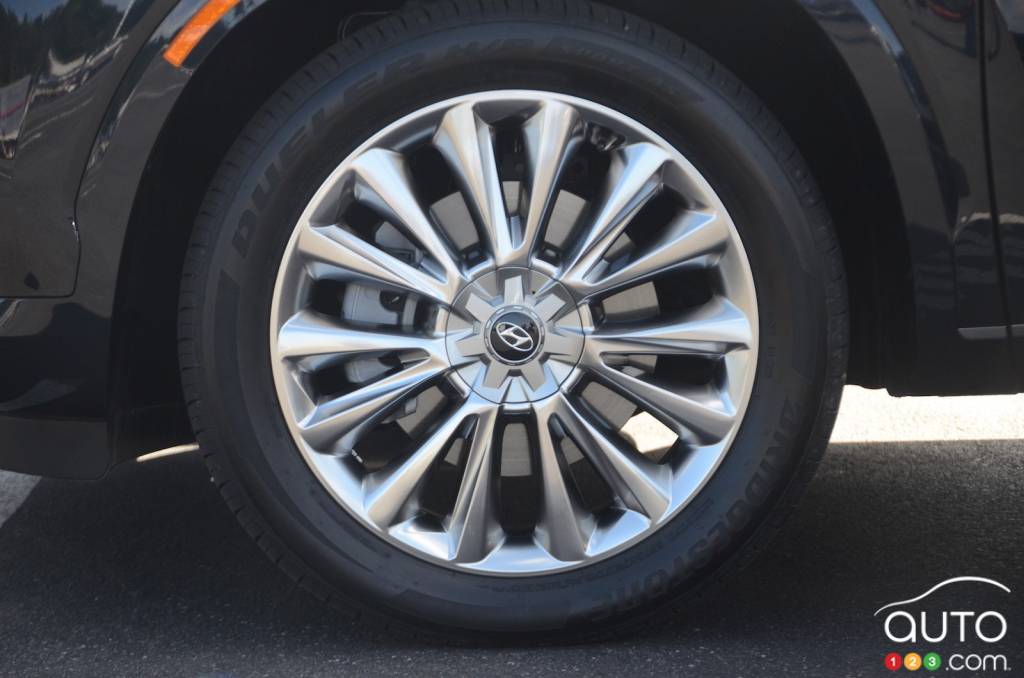 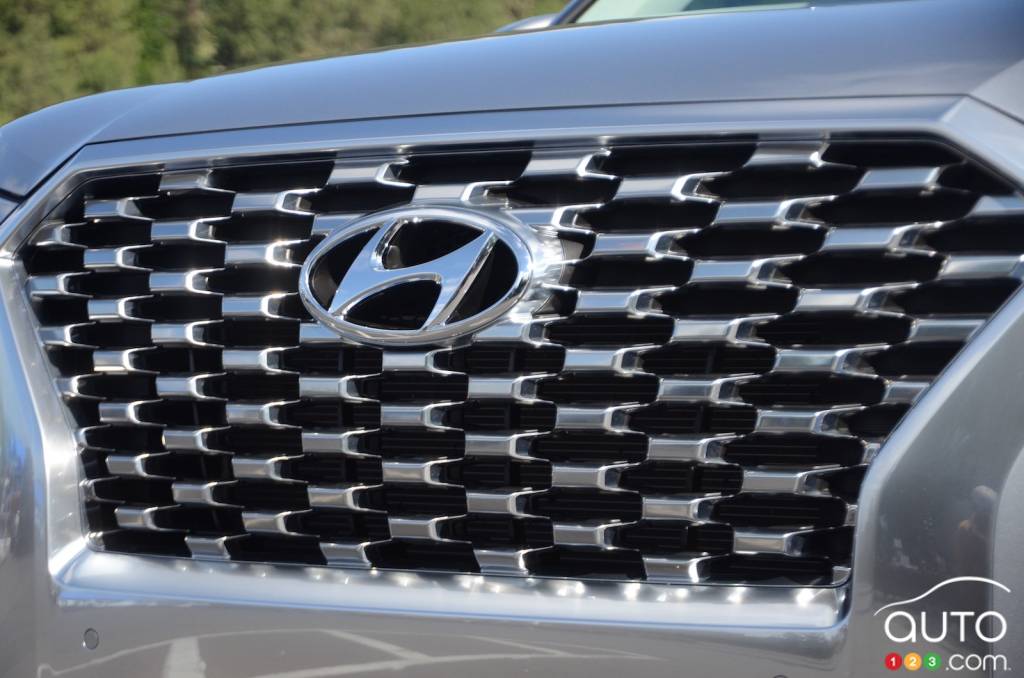 Cause of Bad Smell in Some Hyundai Palisades Identified

Hyundai has identified the problem that was causing a bad odour in some Palisade SUVs, pointing the finger at the Nappa leather covering of the headrests. Th...

Hyundai adds a high-end version called Calligraphy to its Palisade model for the 2021 model-year. The automaker hasn’t failed to notice that buyers have been...