Bowmanville, ON - The Mini John Cooper Works GP, a more-spirited version of the British automaker’s John Cooper Works variant of its venerable Mini Cooper, has been with us for a few months now, but it's been very quiet, and for good reason. Only 59 units were made available for sale in Canada of the 3,000 that will be built for the world. We recently had the chance to - briefly - get our hands on unit number 2870 at the Canadian Motorsport Park in Ontario.

A true sports car
In the history of Mini models, there have been two other Mini GPs come to pass, both powered by a 1.6L 4-cylinder engine that wasn’t bad but didn’t exploit the full potential to this small car that frankly deserved better.

For this third foray in 2020, BMW decided to take matters into its own hands by installing the 2.0L 4-cylinder turbocharged engine we know from the X2 SUV and other models within the German family. This engine pushes output to 301 hp with 335 lb-ft of torque and gets you to 100 km/h in 5 seconds. Now you’re talking.

The only small disappointment is that Mini didn't bother to install a manual transmission, offering as the only choice the 8-speed automatic transmission in common use across the BMW lineup. That said, this gearbox is flexible and well-spaced, and the various drive modes, including a manual mode, allow you to extract the full potential of the mechanics. Extreme styling
Seeing the beast, you have no doubt about its vocation. There’s a spoiler at the back that could serve as a clothesline, for starters. The bumpers are tapered and the prominent stainless-steel exhaust tips are a real eye-catcher. Add to that the front fender flares, the serial number that reminds you you’re special and the 18-inch forged aluminum rims with Hankook semi-smooth tires, and you have an adrenaline-generating little car.

This racing vibe is just as omnipresent inside. The list of standard equipment includes tinted windows, sport seats, LED lights and cruise control. Our test model offered the Navigation Plus system with touchscreen and Apple CarPlay integration at extra cost.

There’s more: Mini has gotten rid of the rear seats to leave a large cargo area that will allow you to carry your four spare tires if you opt for a weekend of racing. A crossbar behind the seats stiffens the structure. You will also find a metal trapeze under the car that plays the same role. The manually adjustable seats are marked with the GP logo. The removal of the rear seats and the elimination of the all-wheel drive allowed MINI to eliminate a lot of weight. The GP thus weighs only 1,255 kg, which is almost 300 kg less than a Clubman version with the same engine.

To make sure it could survive the torture of a road circuit, MINI installed fixed 4-piston calipers with 360 mm discs at the front, an improved cooling system and the same Torsen limited-slip differential found in BMW. All in a GP that sits 10 mm lower to the ground than other MINI models for improved road hugging. 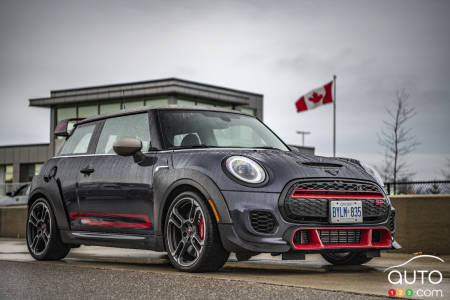 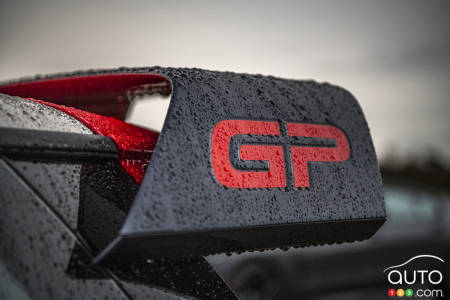 At home on the track
Needless to say that on a circuit, it was by far the most fun of the cars that BMW had supplied to us for our day at the track. It is probably the closest you’ll ever get to feeling like you’re piloting a go-kart when in a car. The extreme rigidity of the chassis makes it possible to launch the car exactly where you want it. Even with a temperature of around 3 degrees on a still-wet track, we managed an impressive run. After 20 minutes when the track started to dry and the tires warmed up, we were positively welded to the ground. It's easy to imagine that on a hot July day this car would be capable of pushing back the laws of physics.

After a few laps in manual mode on the track, we were able to appreciate the gearbox which remains however too comfortable for the extreme character of this little machine. A manual gearbox would add just what is missing.

Conclusion
According to Mini officials, there are still a few units of this $51,990 GP variant left in Canada. Yes, it's a lot of money, but it's also a lot of car. But if you’re going to splurge, it’s best to accompany that with a membership in an auto club that will give you access to a racetrack, where you can really enjoy the car. When it comes to everyday use, it's a model many will find a little extreme. 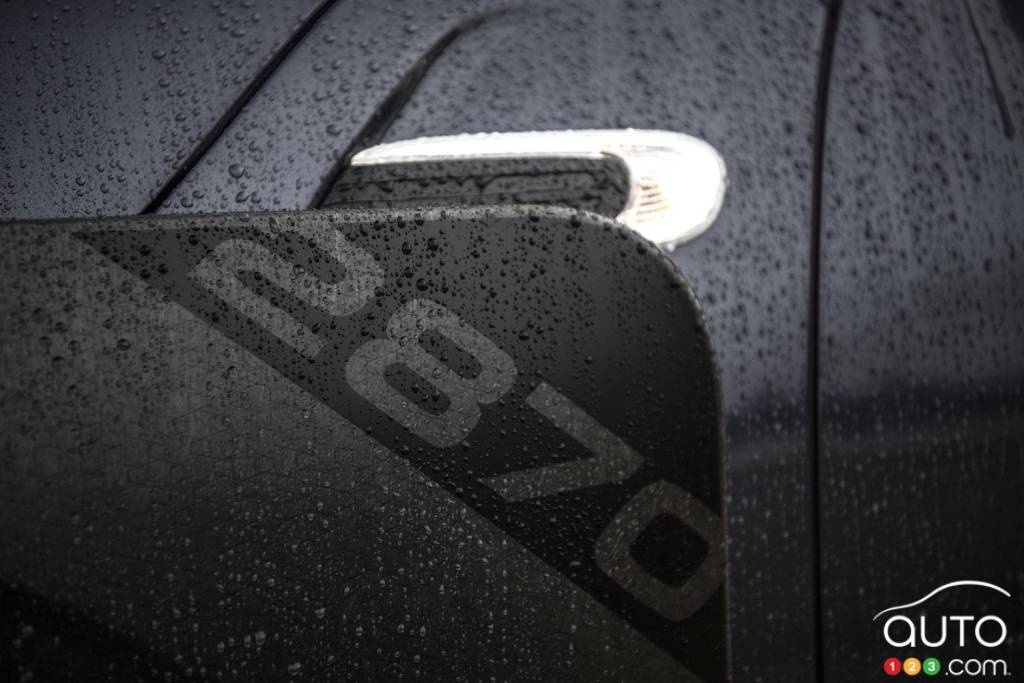 The 2020 Mini Cooper S 60th Anniversary is a special edition of a retro-flavoured urban sprout that continues to do well, or much better anyways than the VW ...