In addition to being short of arguments, this hybrid version is not sheltered from the issues that have bedeviled the new generation of the model Automotive columnist: Daniel Rufiange , Updated: 2021-01-13

The Ford Explorer is a very important model for Ford, especially since the year 2011. That was the year the automaker transformed its struggling SUV, sales of which were in the doldrums, by giving it a unibody chassis instead of the old ladder truck structure. The Explorer was reborn as a much more civilized and fashionable SUV.

Obviously, the model appeals to many. And there’s no denying it has several qualities. But there are storm clouds swirling above the Explorer. The current generation, introduced for 2020, is having a difficult start. The model’s reputation has taken a hit in the face of production stumbles and several recalls.

It thus behooves us to take a look at the issues the new generation has faced, before getting to the specifics of the hybrid version we very recently test-drove. 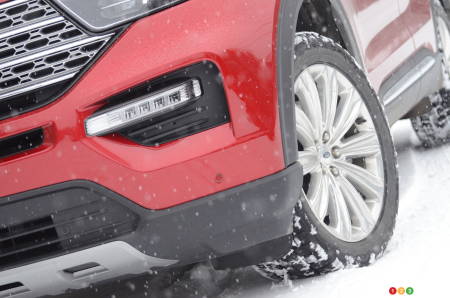 A torrent of problems
The potholes shook up production pretty much as soon as it began in 2019. In fact, Ford soon found itself with a right mess on its hands, the automaker having to deal with several issues before the vehicle even got into the hands of buyers on a massive scale. Those issues involved the chassis as well as the transmission, which could refuse to set in the stop position. At times, the vehicle did not recognize the transmission and automatically applied the parking brake. Conversely, the computer sometimes had difficulty identifying the position of the transmission, refusing to activate the parking brake.

Some climate control systems only distributed heat, and some models even ended up with no logos or a few missing linings; these are things you hardly ever see. In short, it was a false start, one that led to significant delivery delays, frustrating both dealers and consumers. Thousands of models were affected by the resulting recalls, of which there had been 10 as of December 2020. Enough said.

This is major and it is likely to have a serious impact on the model’s fortunes in the short term. More on that further down, but in the meantime, about the hybrid variant we tried… 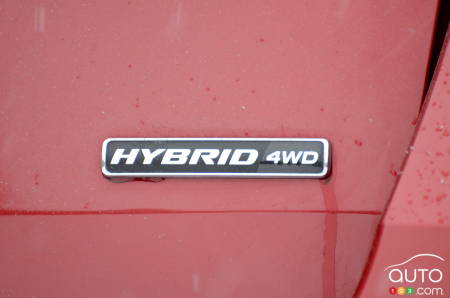 One hybrid version
The Explorer is available in four configurations: XLT, Limited, ST and Platinum. Only one of these, the Limited, is available with a hybrid powertrain.

The Limited version is available for $53,799, before freight and delivery charges ($58,800 as tested). That's $3,000 more than the regular version. Here, I have to call out Ford on its strategy. A few years ago, Lincoln was very happy to pitch its hybrid variant of the MKZ sedan as being offered at the same price as the regular version. A $3,000 surplus is substantial, especially since the gain in fuel economy is rather negligible. Offering both at a single price of $52,799, for example, would have been a savvier approach, in my humble opinion.

And what do buyers get for that price? First, a model that benefits from a unique powertrain, namely a 3.3L V6 delivering 318 hp and 322 lb-ft of torque, working in concert with the manufacturer's 10-speed automatic transmission.

As for the equipment included, it's generous, though not overly so. 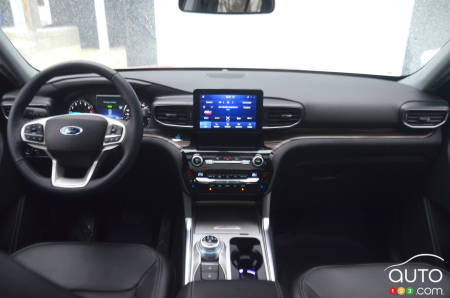 In addition to the XLT version's equipment, which includes a 6.5-inch screen for the multimedia system, keyless entry, push-button start, a rearview camera with cleaning jet, satellite radio and hooks for installing nets in the cargo area, the Limited adds 20-in aluminum wheels (instead of 18-in), rain-sensing wipers, power-folding mirrors, a hands-free tailgate, dual exhaust, body-colour door handles and an auto-dimming rearview mirror.

Let's say that for the price, that’s acceptable. In any case, the bang for buck buyers get is not what worries me about this vehicle. 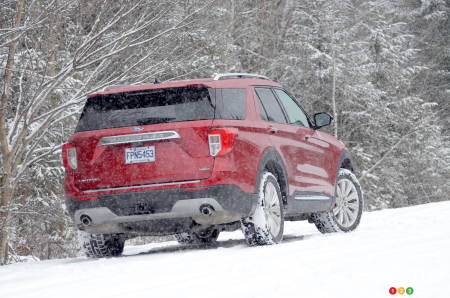 Very mild hybridity
The Ford Explorer Hybrid consumes less fuel than the regular version of the model, but not much less. On the highway, models with the 2.3L 4-cylinder EcoBoost engine use 0.3 litres less per 100 km (8.7L vs. 9.0L). In the city, we're talking about 1.5 litres less. The gains are negligible, and a far cry from those of the Toyota Highlander Hybrid, a direct competitor to the Explorer, which offers an average rating of 6.7L/100 km. The Explorer? It promises 9.6L/100 km. Our result at the wheel of the model: 9.4L/100 km. That's acceptable considering the size of the vehicle, but it's not going to impress a lot of buyers who do their homework.

This hybrid system is so “mild”, in fact, that even Ford doesn't seem too keen on promoting the variant. Visually, only a microscopic logo on the tailgate indicates the presence of a hybrid engine under the hood. When you have a really fuel-efficient product you want to push, you let the world know about it via a shower of emblems, colourful logo on the front, different wheels and other attention-grabbing gadgets. 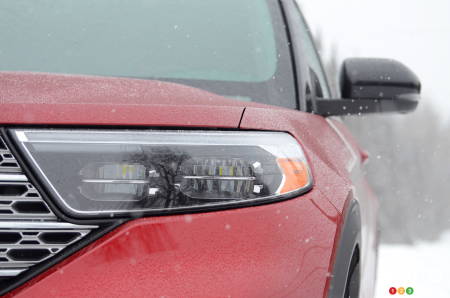 Some strengths
As we said, the Ford Explorer had a difficult birth. Still, it’s not like the model is without strengths, and those are evident, for example, when you’re behind the wheel. Quite frankly, the driving experience is pretty positive. Comfort is excellent, the seats are welcoming, soundproofing is good and the overall handling of the vehicle is reassuring. The chassis is well-calibrated, so that in corners, you never feel out of place, unless you’re abusive with the pedals. The steering could benefit from more firmness, as could the brakes, but overall it's all pretty good.

If there's one element you can’t fault the Explorer for, it’s the way that it handles. The trouble lies elsewhere.

Conclusion
Considering the problems that marred the beginnings of the model and considering the timidity with which this hybrid version not only reduces fuel consumption and even advertises itself, it’S just not a vehicle that can be recommended.

In fact, if you really want a Ford Explorer, of any kind, there's only one suggestion we have for you: lease rather than buy.

And even then. Peruse the numerous online forums dedicated to the model and it’s evident that a large percentage of the Explorer owners would make a different choice next time around.

Ford does has one advantage: the strength of the Explorer name. But that doesn’t work eternally. Right now, time is against the SUV as issues pile up. The company will have to turn things around quickly because the competition is numerous, competent and ready to welcome new customers. We're thinking of Toyota and its Highlander, of course, but also of Kia, which will offer hybrid and plug-in hybrid versions of its new Sorento later this year. 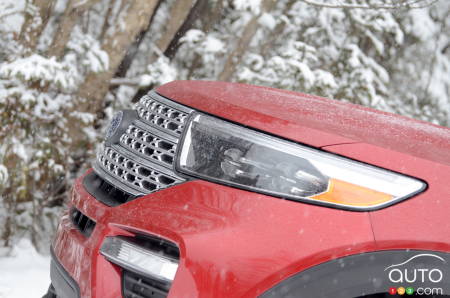 The problems experienced by this new generation of Explorer
The weak benefits offered by the hybrid powertrain
The $3,000 surplus required to buy the hybrid version 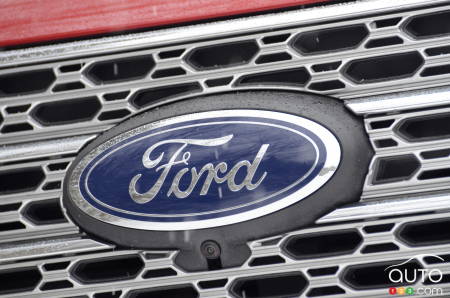 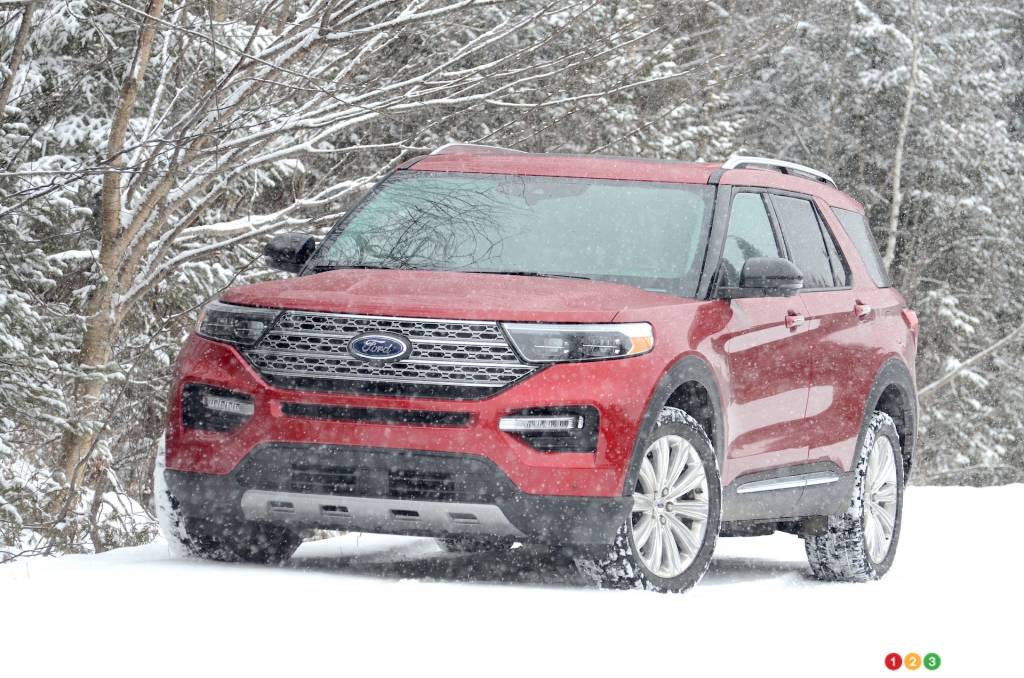 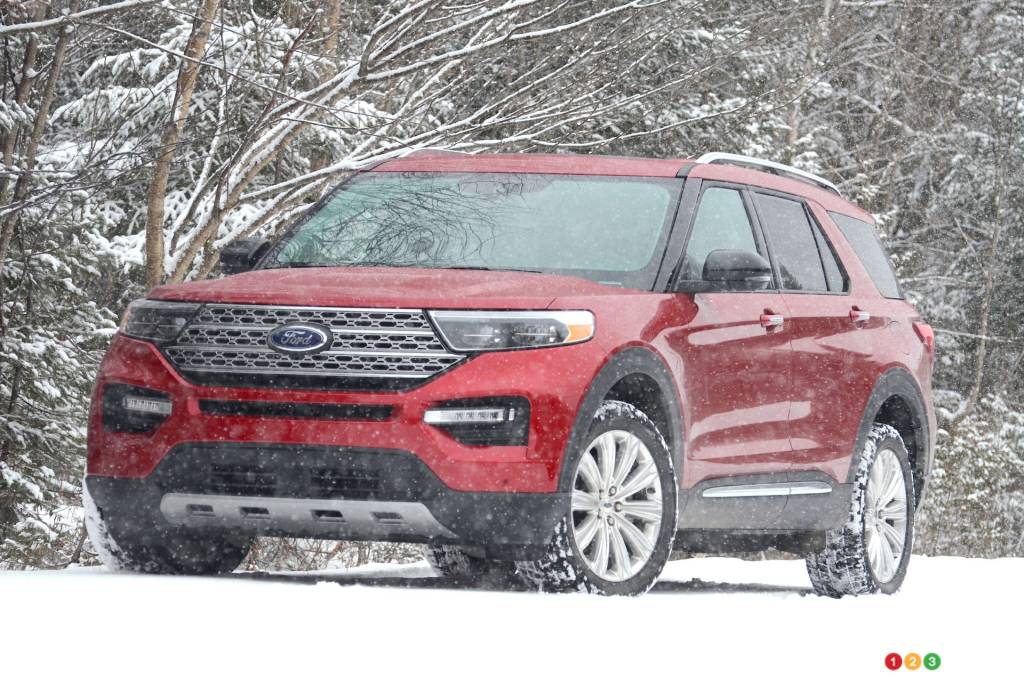 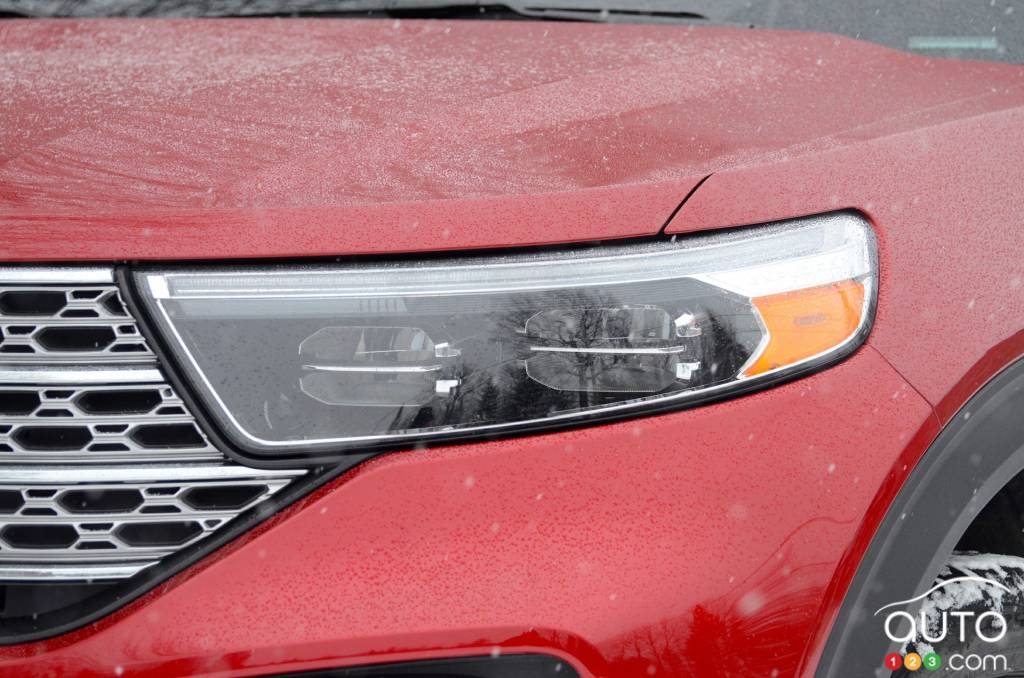 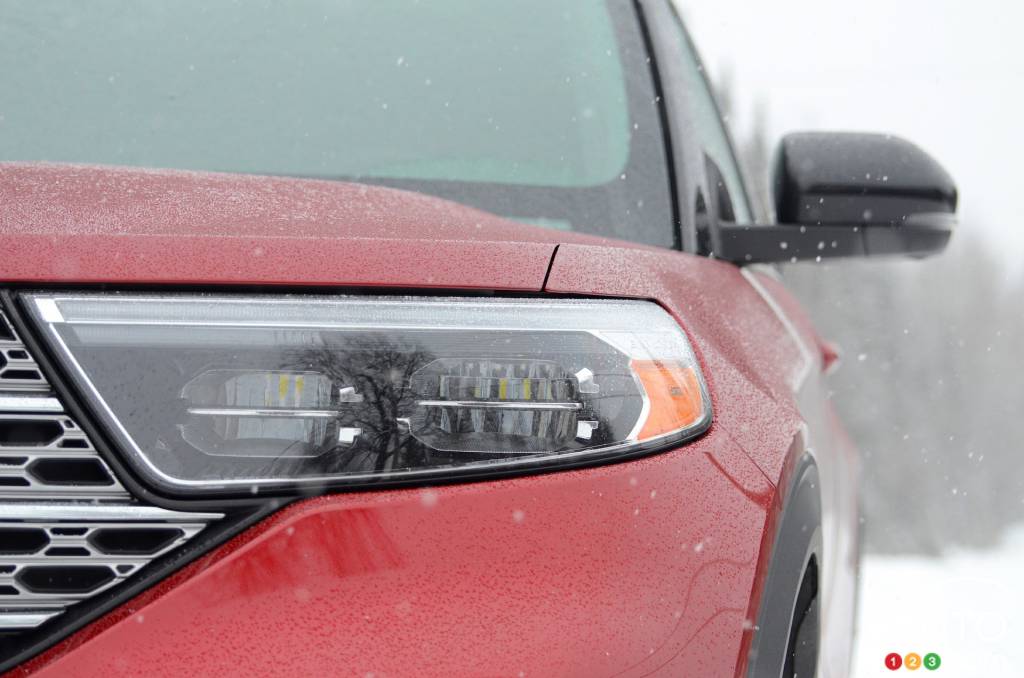