For 2021, the GMC Yukon, like its Cadillac Escalade and Chevrolet Tahoe cousins is an all-new truck. There are new looks, new rear suspension that does surprisingly more than just provide a better ride and a new interior with all sorts of tech goodies and stylistic enhancements.

Speaking of stylistic enhancements: the AT4 version is probably the version that’s benefitted the most when it comes to the new design.

This variant starts at $74,698 (base MSRP for the Yukon is $57,998) and like it does in the Yukon’s Sierra pickup cousin, the AT4 designation means this is the off-road specialist of the group. That means redesigned bumpers for better approach and departure angles, red tow hooks and an underbody bash plate that you really can’t miss when seen from the front. Goodyear all-terrain tires come as standard, (although you won’t see them pictured here as my tester had been fitted with less gargantuan winter tires).

In person, it’s quite an imposing-looking thing, this Yukon AT4, in fact I have to I say its heft and demeanour caught me off guard when I met it. Inside, I would say that GM has finally managed to, if not necessarily exceed, then at least equal most of the competition when it comes to fit and finish. The lighting is good, the big 10.2-inch infotainment display fits well with the big surroundings offered by this full-size SUV, the gauge cluster is a fine mix of the traditional (dual analogue gauges) and the modern (big TFT trip computer screen in-between) and the heads-up display is a massive 15-inch affair – which means it’s the same size as the laptop I’m currently writing this on.

I’m also a big fan of the black interior with tan accents my tester was decked out in. It does a nice job of mixing some luxurious city-dweller vibes with the rough-and-tumble dustiness of the great outdoors.

I do have a few complaints, however, and they have to do with the proportions of some details. The centre stack doesn’t have too many buttons, but the ones it does have – for your climate controls, seat heating/cooling controls, and some of your media controls – are simply too small for such a big truck. Same goes for the sunroof controls above your head; tiny buttons surrounded by huge swathes of plastic. I’d especially like those to be bigger, because having to spend too much time looking up there while driving is just bad mojo. 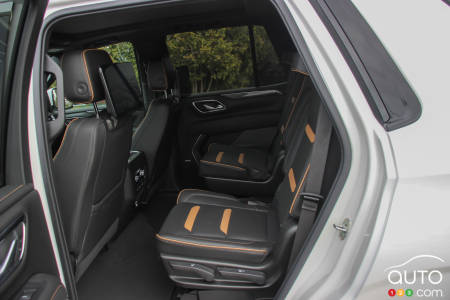 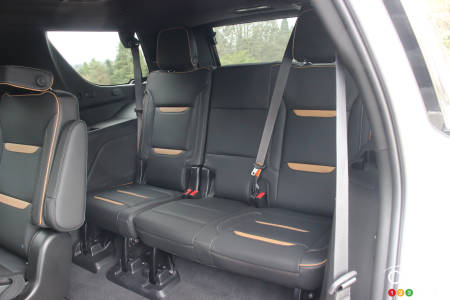 The second row is fine in terms of room and features, for instance heated seats that slide and recline and massive optional rear-seat displays. I the only real issue I found, really, was a slightly narrow bottom cushion. But the third row is where the biggest changes from last year have occurred, and it’s all about the rear suspension.

For 2021, GM has gone to an independent rear suspension set-up, much more compact that the former leaf spring system. It makes the ride smoother (which, in turn, is made smoother still by my tester’s optional air suspension) and together with a longer wheelbase make the back seat roomier to the point where adults could use it for even medium-length drives.

For the AT4 – boy that sounds like a Star Wars vehicle, doesn’t it? – the new IDS and four-corner air suspension makes for some very good performance on rougher terrain, which surprised me as much as the imposing looks. Bobbing over undulating terrain actually doesn’t involve much bobbing at all, because the body is kept in such good control by the suspension it doesn’t hop up and down has you traverse bumps. The traditional suspension does the dirty rebound/compression work, while the air suspension smooths everything out.

Add a two-speed transfer case, electronic limited-slip differential, hill-descent control and 3.23 rear axle ratio and the AT4 is a real treat off the beaten track. Power for the Yukon comes in three flavours: A 5.3-litre V8, a 3.0L turbodiesel and a 6.2L V8; take note the AT4 trim is available only with the 5.3L. That engine makes 355 hp and 383 lb-ft of torque, fed to the wheels via a 10-speed automatic transmission. It’s a good unit with tight ratios and it seems to always work well with the many different applications GM uses it for. Plus it’s nice to have here because I’ve driven a Tahoe with the larger V8 engine, and you can feel the difference between that and the 5.3L found here. I wouldn’t describe my tester as “slow”, necessarily, but it does take noticeably longer to get going than the Tahoe did. The 10-speed auto, then, is the right option because with all those ratios, it can get the most out of the engine and provides good confidence for highway passing and so on.

Along with the cylinder deactivation system, meanwhile, the engine/transmission combo makes for some good fuel economy that saw me achieve 11.3L/100 km in the combined cycle. Not bad for a V8-powered full-size body-on-frame SUV.

It’s worth taking a moment to dwell on the transmission’s push-button activation, because often there’s noticeable lag with these systems. Of course, a lot of that can be attributed to your brain thinking a gear should be activated more quickly than it would with a traditional gearlever set-up, but the bottom line is, I’ve tried many systems like this and any lag they have does feel magnified. Not here, though. The transmission responds quickly to your command and you’re quickly on your way.

Not having a gear lever, meanwhile, creates room for more storage up front, although the vertical bin across the main display from the transmission buttons doesn’t make a whole lot of sense to me. I couldn’t fit my normal-size iPhone in there, and my sunglasses only sort of fit. The angle is off, too, so getting them back out from the driver’s seat is a challenge. So what’s the point? Speaking of seeing the point, though, I very well see the point of the AT4. It’s a great mix of luxury and capability, has the looks to separate it from its internal as well as external competition, and a great new suspension set-up that works precisely as advertised. It’s a job well done by GMC. 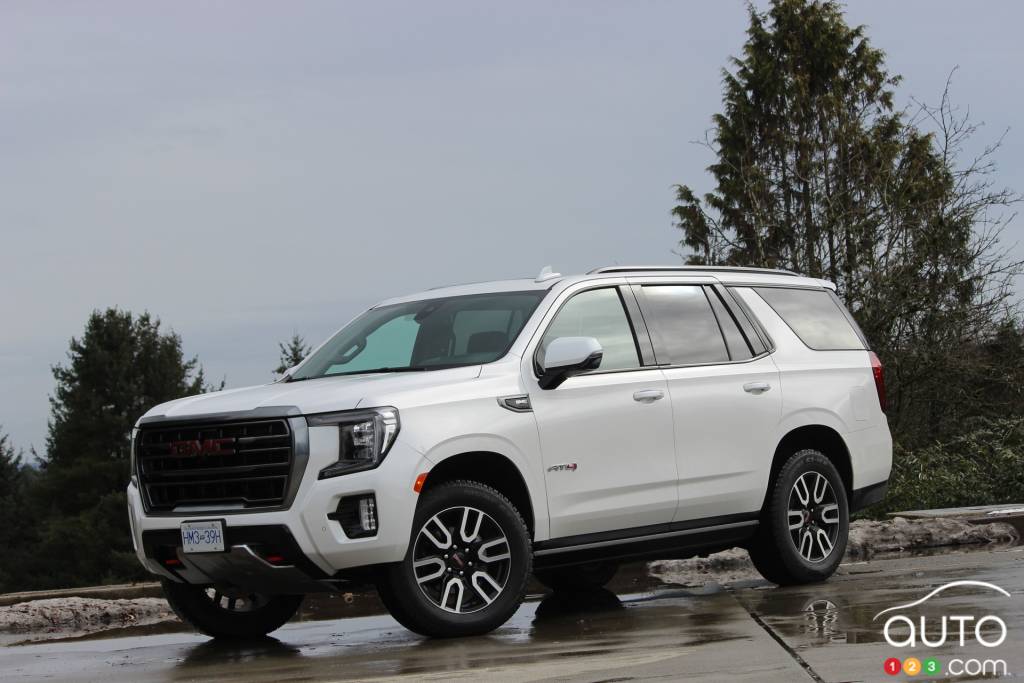 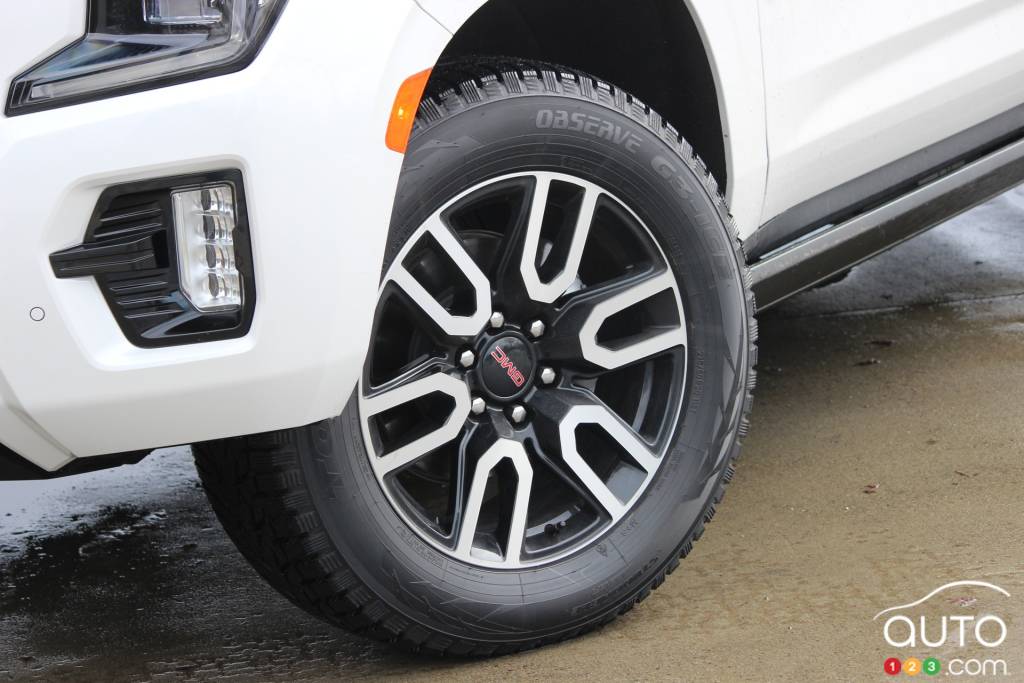 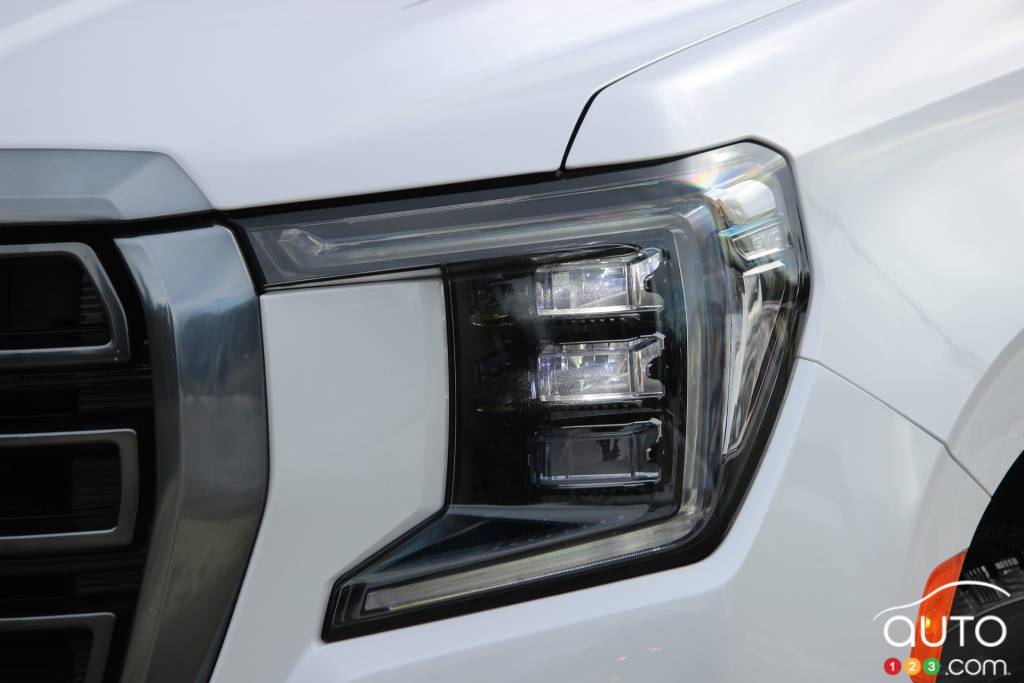 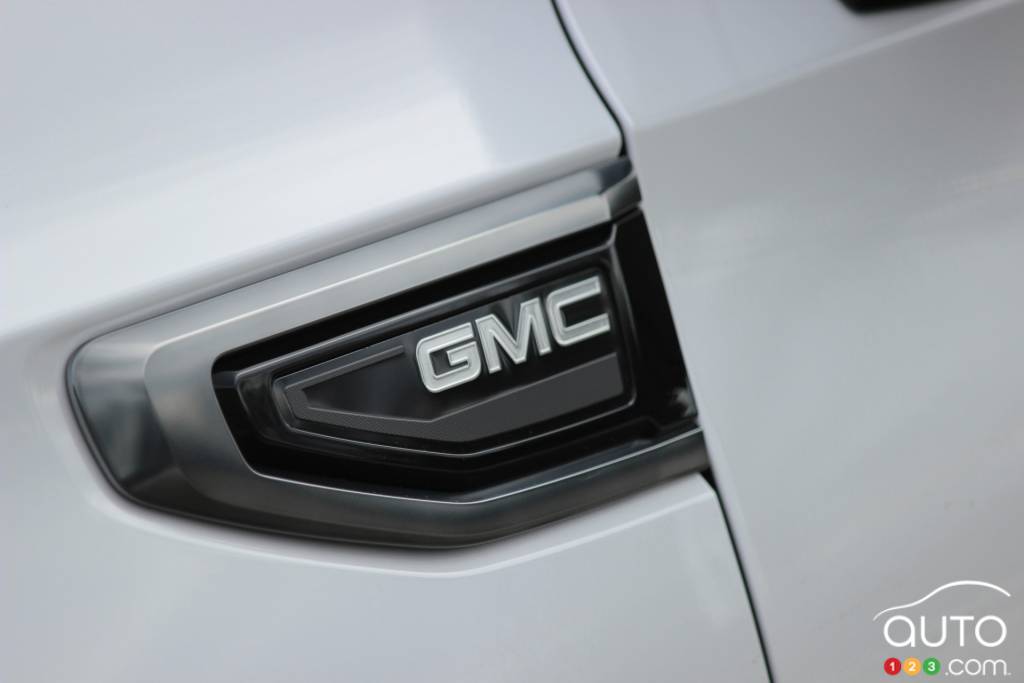 Auto123 gets to drive the 2021 GMC Yukon for a 24-hour period in an honest-to-goodness in-person test drive. Here’s our review of an anachronism on wheels th...