Kia launched the fourth-generation 2021 Sorento SUV over the holiday period. The realities imposed by the pandemic meant that the procedure for test-driving the model was different and unique; the automaker delivered a vehicle to us and left it in our care for two weeks - which gave me ample time to discover its finer details and inner workings.

Major transformation
The first striking thing about this new Sorento is the extent of the transformation it has undergone. That included a completely rethought design, a new platform, two new powertrains, a stiffer structure and a fully revised interior. Basically, only the name has remained the same.

All of these changes translate, not surprisingly, into a greatly improved product. I’d even venture to say this is one very solid offering. Eye-catching styling
The style adopted by a vehicle is always a matter of taste. We won't dwell on that, but not before mentioning that the new Sorento is undeniably recognizable and distinct, both front and rear. That, in itself, is refreshing.

The integration of the rear window wiper in the upper part of the tailgate, sheltered from the elements, is a nice touch. The snag is that the way it deploys, the surface it cleans doesn't provide maximum visibility. Nothing is perfect.

Platform and mechanics
The new platform, dubbed the N3, is lighter and stiffer than what it’s replacing. The wheelbase has been increased by 35 mm, which mainly benefits the second row of seats, to which 93 mm of clearance have been added. The benefits of the change are also noticeable on the road, but I'll come back to that later. 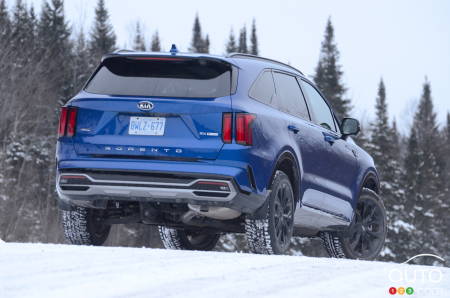 The downside is that the towing capacity it allows is only 3,500 lb, down from 5,000 with the old V6. Kia is clearly banking on the fact that the Telluride is there for those who want that capacity. It's a risky bet, as some won't want a bigger model, especially since the Sorento isn't exactly a small SUV. Kia can expect to lose a few customers here.

Every 2021 Sorento comes with all-wheel drive, three rows of seats and an 8-speed automatic transmission. 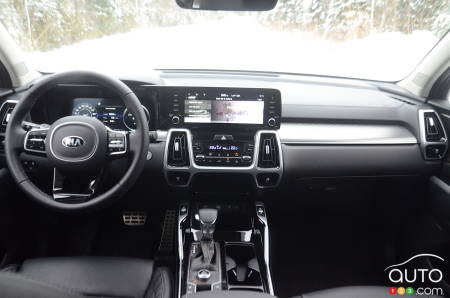 The interior
Inside, Kia has taken a bold route, giving the model a different design, marked notably by distinct air vents that set the tone for the presentation. The visual signature is strong, and while some will like it more than others, personally, I like the change.

Our tester was the SX, which sits at the top of the hierarchy and so of course came with everything but a kitchen sink. It features an all-digital instrument cluster on a 12.3-inch screen, a second 10.25-inch screen for the multimedia system, and a blind-spot monitor that shows the images captured by the side cameras in real time when the turn signals are activated.

Up to eight USB ports can be found inside. As for the multimedia system screen, its size is 8 or 10.25 inches, depending on the version or option selected. The UVO system is also included with all its features and a three-year subscription. Heated and ventilated seats, second-row sun screens, heated steering wheel, and frankly unnecessary ambient sounds delivered via the multimedia system are also part of the package. The list of equipment included here is comprehensive, let’s say. 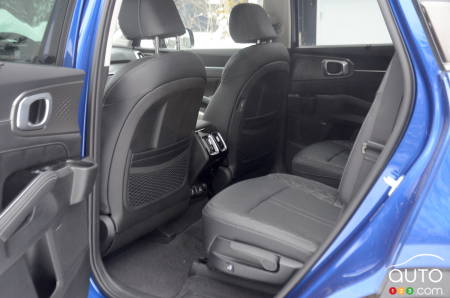 The level of quality overall is generally good in terms of the materials, though you still come across some hard plastics that seem incongruent in a vehicle costing $50,000 or so (full pricing can be found below). I’m comfortable calling the quality of assembly decent but no more than that, having come across a few cracks between components here and there.

As for safety features, two pages of the press release are devoted to them. We won't dwell on them, other than to say that the offer is comprehensive, especially with a semi-autonomous driving function that allows you to leave the steering wheel to itself for long stretches on the highway.

Why? Because as soon as you drive this SUV, you can feel the increased rigidity and lightness of the chassis. It feels like the Sorento is smaller than it actually is. And the turbo engine does the job, with purpose. The vehicle comes out of the blocks quickly, and acceleration, whether from 30, 50 or 80 km/h, is brisk. The feedback from the steering is also great. All in all, this vehicle is fun to drive.

And all this in a very comfortable environment with good soundproofing. In truth, looking for faults in the Sorento's handling is an exercise that quickly becomes futile. Kia has come up with a product that, when it comes to the driving experience, raises the bar in this category. 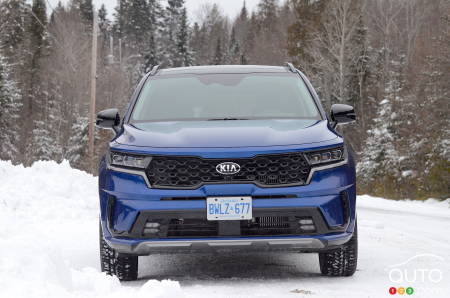 The challenge
The Sorento is currently the Korean automaker’s best-selling vehicle in Canada. The new version is improved in every way, which bodes well for the future. That said, its position in the company hierarchy may be challenged: Kia has high hopes for its new Seltos in 2021. We’ll see if it can outpace the Sorento.

But that’s not the challenge I’m referring to. Rather, I mean that over the past 10 years, the progress made by Kia has been frankly remarkable; personally, I've not hesitated to underline and praise that progress, which is apparent both in terms of quality and reliability.

However, over the last few years, a series of recalls have cast a certain pall on all that. As recently as this past December, some 300,000 vehicles were recalled for fire hazards, including second-generation Sorentos.

Now the automaker is debuting two new powertrains. It can’t help but make one pause and think. And honestly, it would be unwise of me not to urge caution. In fact, for this new model, I would recommend consumers consider leasing before buying. 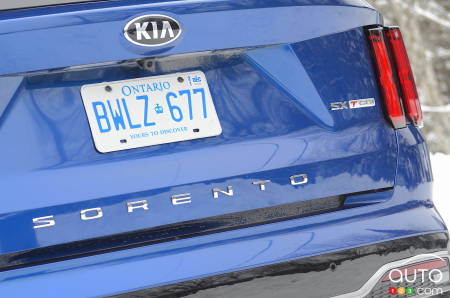 Conclusion
The Sorento has just taken several obvious steps forward, though it also takes at least one step backward due to the model’s lower towing capacity. At the same time, it’s coming equipped with two new powertrains that will have to prove themselves. It’s also worth keeping in mind that there are hybrid and plug-in hybrid versions on the way; they should be with us by this summer.

The model's reputation is solid right now. The challenge will be to maintain it, if not to burnish it further. It’s a real test for Kia, and it's only just beginning, because the automaker surely understands that reaching the top is one thing, staying there is another. 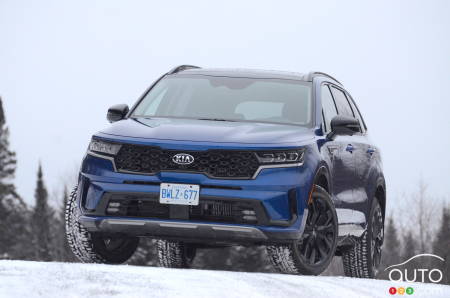 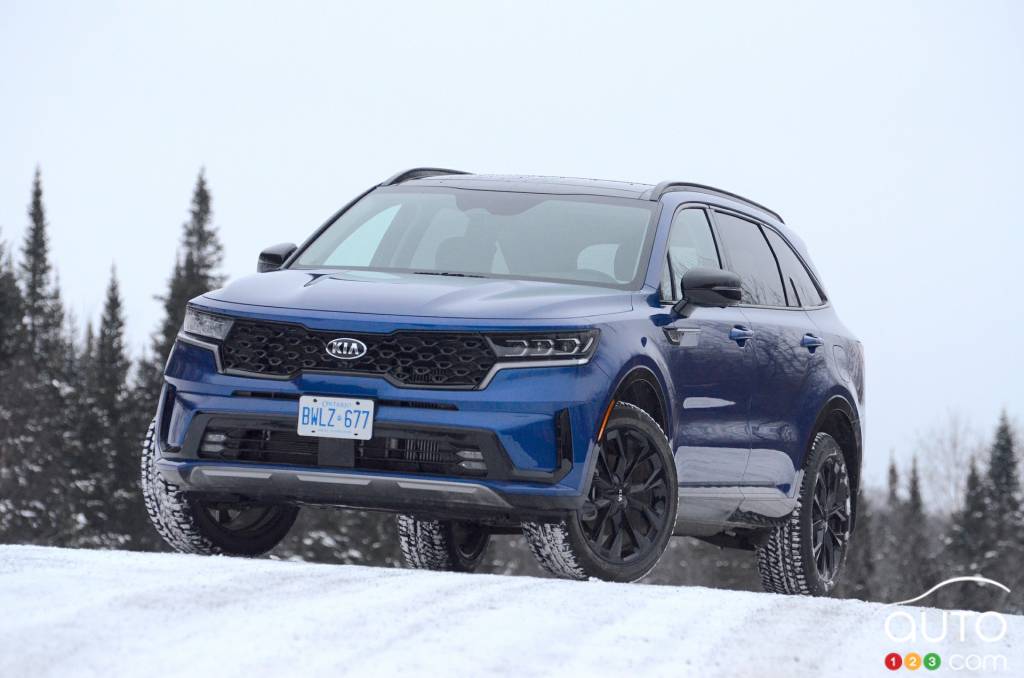 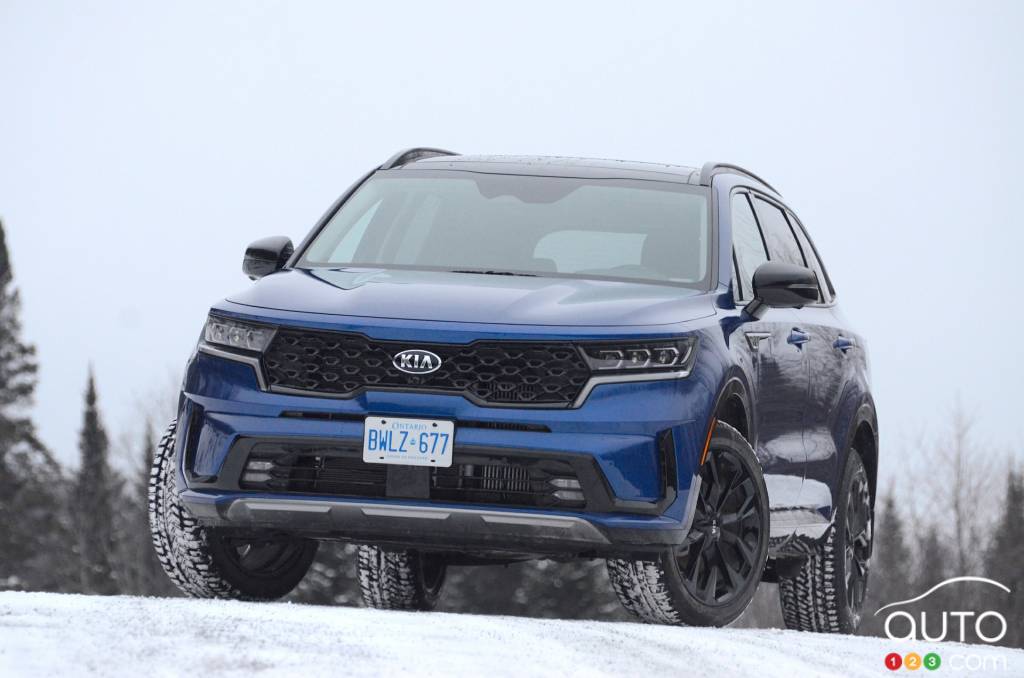 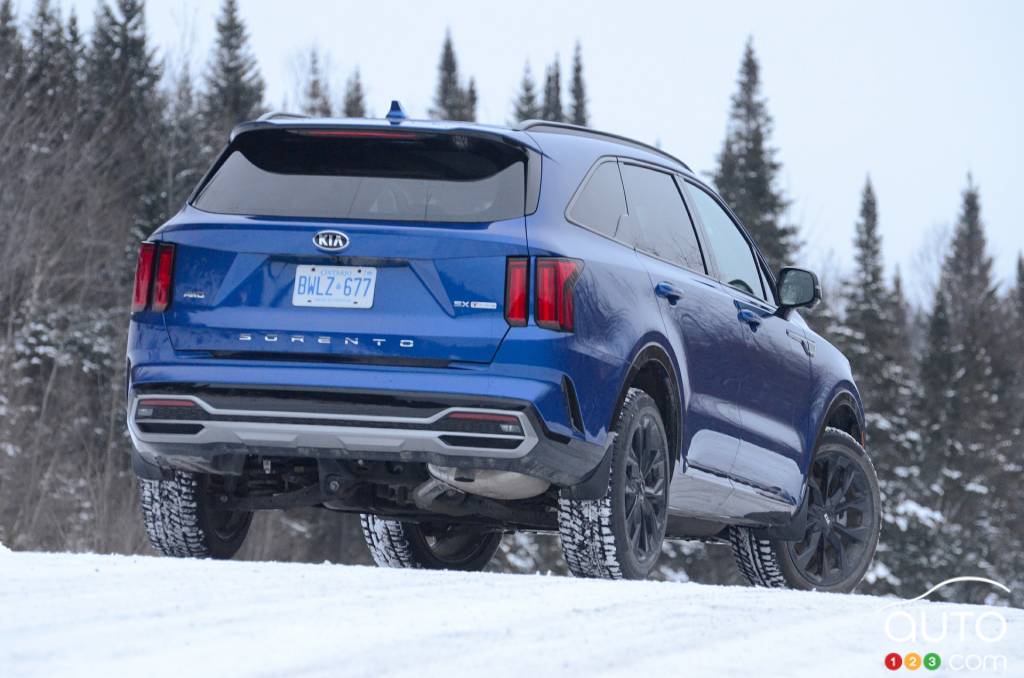 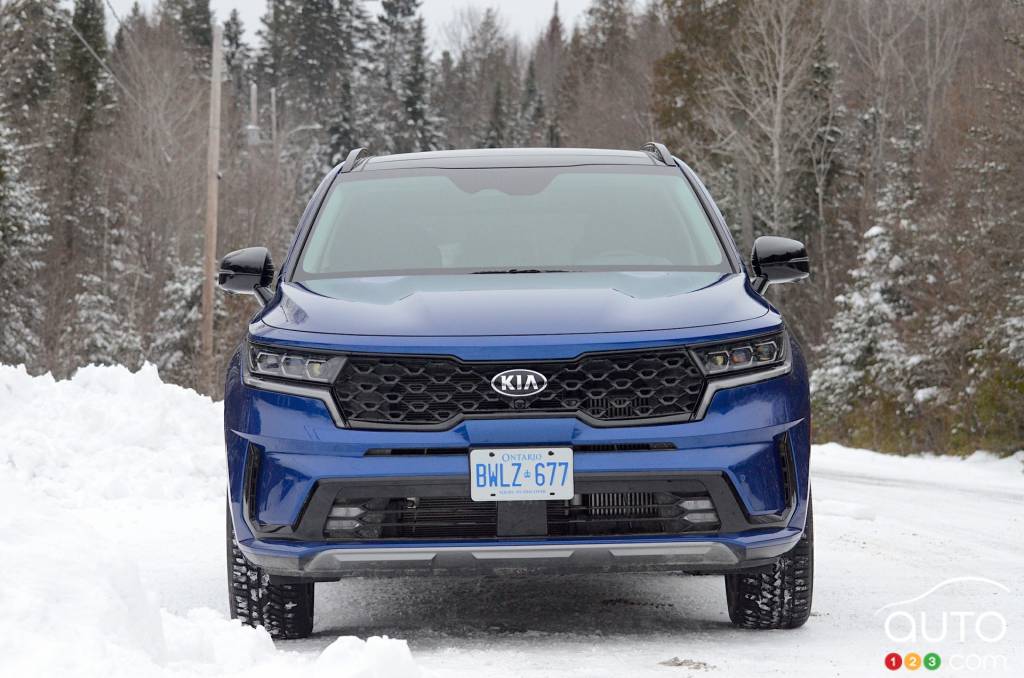 Kia Canada introduced the 2021 edition of its Sorento SUV. The model gets a major transformation for its fourth generation. Here are the juicy details and a ...