Things change very quickly in the automotive universe, especially lately. A mere decade ago, the luxury pocket crossover category was just a gleam in automakers’ eyes. Now, as we drag ourselves over the finish line of 2020, this niche is one of the hottest in the industry. Launched for the 2015 model year, the Mercedes-Benz GLA joined the CLA four-door coupe in the Silver Star brand’s effort at democratization. At the time, the Stuttgart-based giant wanted to broaden its audience by offering more accessible vehicles, and the GLA has largely succeeded in its mandate.

In fact, the German brand has doubled its stakes in recent months with the introduction of a new CLA, but also an A-Class available in two sizes, as well as the GLB, basically a more "macho" GLA. The GLA is the last among this group of little fellas to receive an update, just in time for the new year.

Given the opportunity to drive this crossover that's trying (at last) to break away from its A-Class-on-stilts image, I learned the following from my few days of testing the 2021 GLA.

Crossover looks
This is not a criticism, but the outgoing generation of GLA did look like a high-heeled Class A, in a few ways. The new edition moves away from this "car" image and positions itself more like an actual utility vehicle, this despite its dimensions being almost identical to the outgoing model that has been in service for five years. In fact, only the length has shrunk, and by just a few millimetres; for the rest the new GLA is taller, wider and has a more generous wheelbase, a clue that there's more space inside.

From the first glance it’s clear the brand's designers didn’t go in for fashioning a dramatic silhouette for the new GLA, which remains quite sober, especially in its classic black dress, 18-inch wheels (the smallest available) and beige interior. The bumper is a "copy-paste" of the brand's other recent products, as is the design of the taillights in the rear.

Except for the side windows that end in a spike at the rear, the GLA is likely to blend beautifully into the urban jungle. On the other hand, I doubt it will be a different story with the AMG variants that will eventually be added to the lineup.

No surprises inside
The cabin gives you what you expect if you’re familiar with the brand’s recent models: a dashboard with a really big screen that takes up two-thirds of the front-row passengers' field of vision. It's actually two screens together, both of which are customizable according to users’ preferences.

As with the brand's other models, access to this infotainment system comes via the touchpad located at the bottom of the centre of the console between the front passengers. Also, Mercedes favours a slim stick mounted on the steering column to select the functions (P,R,N,D) of the automatic transmission. This means there's plenty of space between the front passengers.

However, I'm not ready to say that navigating through the numerous on-screen menus is exactly easy or simple. In fact, I found myself using the touchscreen instead. It just seemed more direct.

Beyond the use of all this technology, the GLA is a fun-to-pilot vehicle with a superb multifunction steering wheel and a surprisingly good field of vision for a utility vehicle of this size. However, I found the seats to be a bit hard, a feature that the GLA shares with other German products.

The good news for this second-generation model is that legroom for passengers has increased a few centimetres - and it shows. As for the trunk, it also gains a few litres of cargo space, though I doubt anyone will notice the difference… when the back seats are in place.

A 2.0: turbo engine: par for the course
With the exception of a few marginal models, which make do with their small-displacement engines - the segment standard is to call on a 2.0L 4-cylinder turbocharged engine. This was the case with the previous GLA and it’s still the case with this revised model. The little engine has gained a few horsepower for this go-around, with power now set at 221 hp and optimal torque at 258 lb-ft. Take a look at the technical specifications of the model’s rivals and you'll see that even the statistics related to the mechanics are almost identical.

As with the previous generation (and its platform cousins), the new GLA also uses a 7-speed dual-clutch transmission, the 8-speed unit being reserved for the other two AMG variants.

Behind the wheel
As is increasingly the case these days, the GLA is entitled to its own electronic management system, the vehicle offering three drive modes via the small lever on the left side of the touchpad. With a simple touch of the touchpad, the pocket crossover can go from being a smooth-riding car to something a little spicier. Though it’s not even in spitting distance of the the AMG variants, the GLA in Sport mode still has the advantage of stretching the length of the gears and tightening the steering, even if there's still a blur in the middle. Conversely, Eco mode seems to stifle the powertrain a bit, with the sole purpose of saving a few cents on the monthly gas bill.

For real adrenaline rushes, you'll have to wait for the sporty versions, because the primary mission of this GLA 250 is to give its occupants a relaxing driving experience first and foremost, which it does brilliantly by isolating them from road noise and even absorbing road irregularities rather well. If you're interested in 20-inch wheels, however, take the time to test drive it on a worn-out road - you never know!

The last word
There's no doubt in my mind that Mercedes-Benz's lineup will shrink over the next few seasons; the German luxury manufacturer simply has too many models. However, the future of the GLA seems assured, in fact the Stuttgart-based brand is even preparing a purely electric edition of the model. The format is perfect for the city, and it manages to avoid sacrificing too much of the utility side of the equation, while performance is more than adequate for a vehicle that makes no claim to being sporty at its core.

The asking price is certainly not accessible to everyone, with the base price set at $42,400 (price was $48,150 as tested), but it's the price to pay to enter the luxury and utility segment these days. 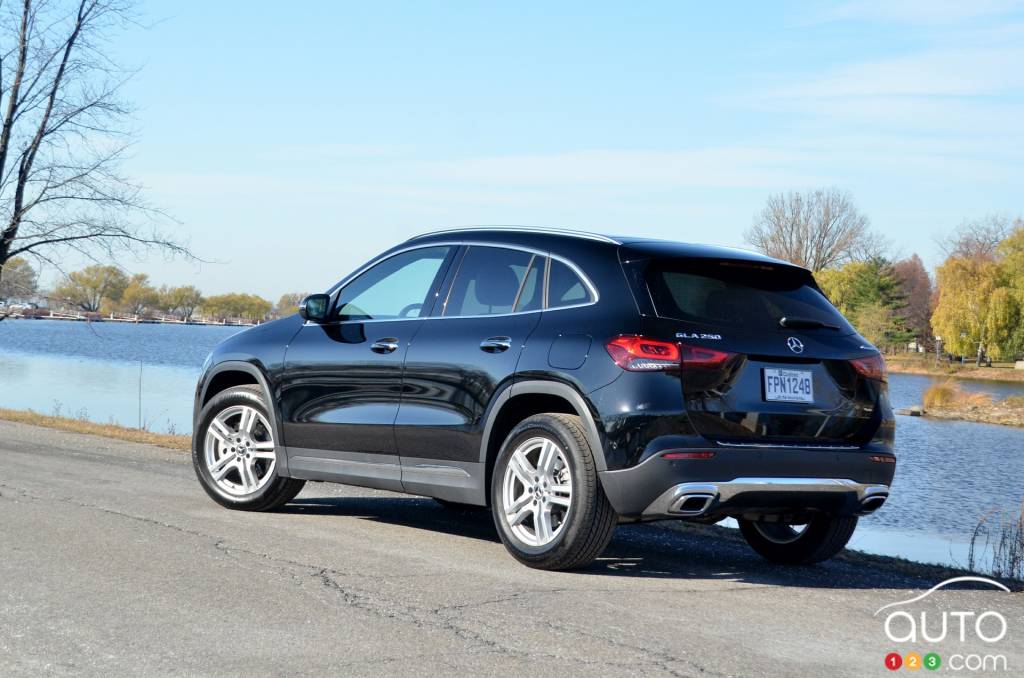 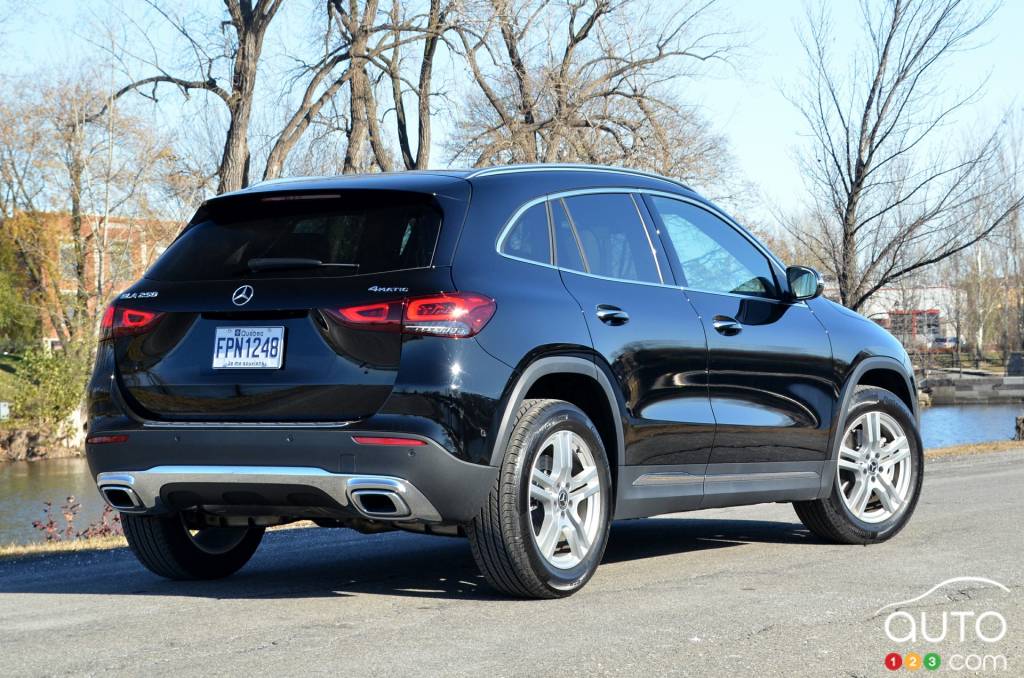 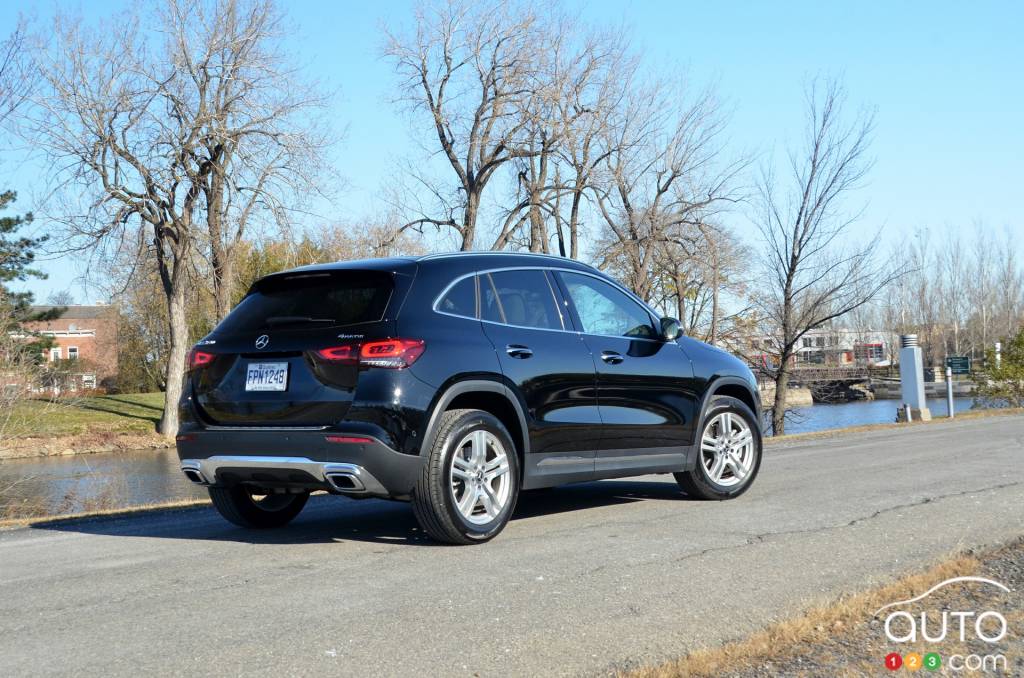 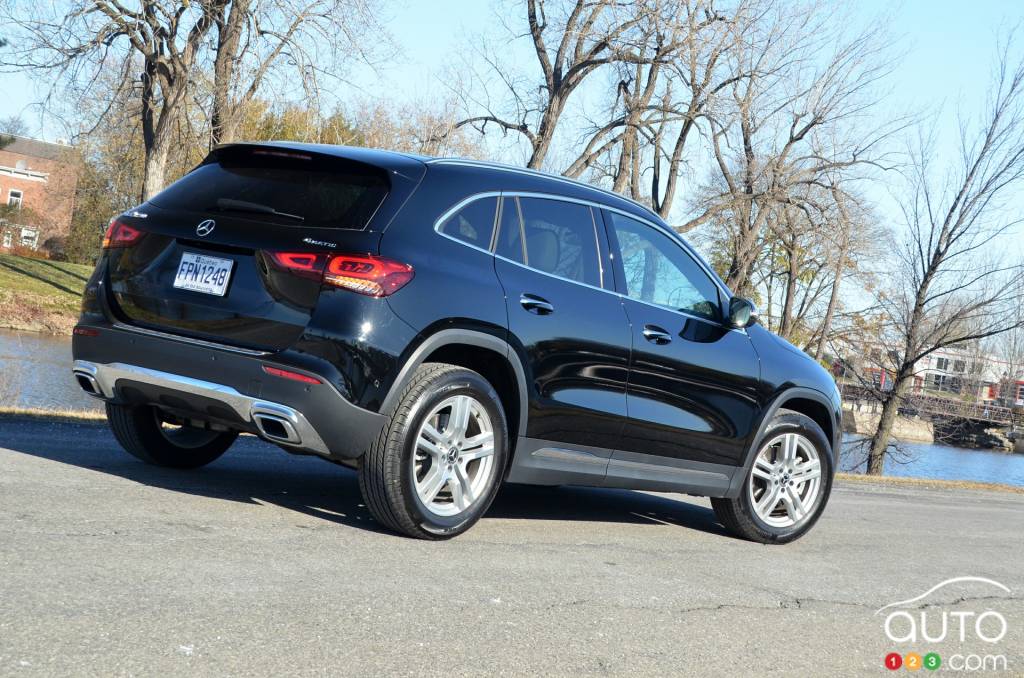