John Newton Cooper was a British engineer who assured his place in F1 history when he founded the Cooper team, the first Formula One team to make use of the mid-engine single-seat format that would become the norm in F1.

Legendary pilots like Stirling Moss, Jack Brabham and Bruce McLaren drove a Cooper, and in fact the stable won the constructors’ championship in 1959 and 1960. John Cooper was also famous for having developed his own version of the Mini that competed successfully on the rally circuit in the 1960s and 1970s. Shortly before his death at 77 in 2000, he and his son were consulted for the new Mini, the sportiest version of which still bears his name: the John Cooper Works. 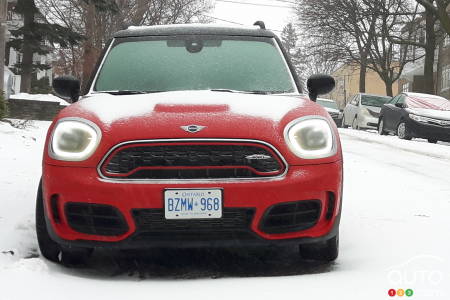 Newfound power
In the last years of his life, John Cooper bemoaned the loss of pleasure in racing. The problem extended to the cars that bore his name. While the JCWs of recent years did deliver some driving pleasure, the difference in power between them and the S versions was not significant. For 2020, however, the Clubman and Countryman models have received a serious boost in muscle, and the difference is concrete.

The small sporty car goes from 228 to 301 hp and from 258 to 331 lb-ft of torque. The new engine that delivers this, taken from the BMW X2, is a game changer. To accommodate the nervier engine, other modifications were in order, and so Mini has fitted the front bumper with a new separator, larger air intakes and an additional cooler - to keep the engine and brakes at a lower temperature, which increases demand for oxygen. 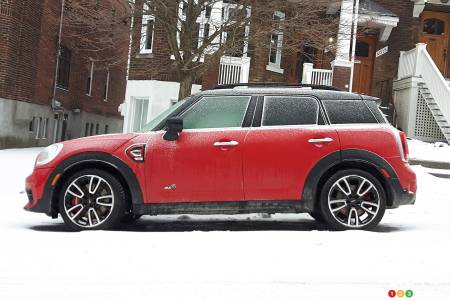 There’s also a new exhaust system with a low frequency rumble with two 95-mm outputs, which offer up a very likeable hum. Then there’s the four-piston braking at the front and rear, which ensures uniform power even under heavy use. Calipers finished in Chili Red accentuate the exclusive standard 18-inch and optional 19-inch alloy wheels. 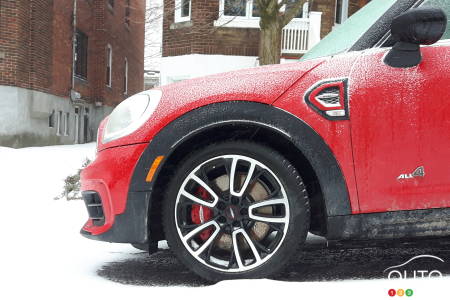 More expressive lines
The grille design is more expressive with LED headlights at the front highlighted by a piano black outline. Ditto for the position lights, which are LED and now integrated in the rear fenders.

To reinforce the distinctiveness of the model, Mini drew the graphic structure of its light source in the form of an abstract pattern of the Union Jack flag. With its striking lines, the flag motif constitutes a unique form of identification, both day and night. The brake light follows the same principle.

Other features specific to the JCW version include the optional red contrast paint finish for the roof and the mirror covers, an individual design for the quarter lights and the John Cooper Works logo on the grille and tailgate. The central air intake has a honeycomb structure. A red cross divides the new grille. 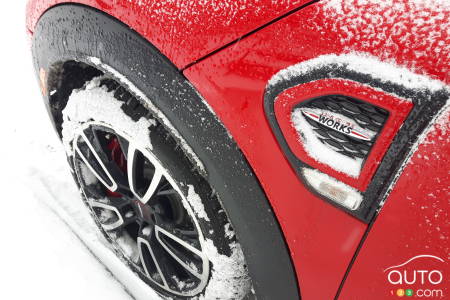 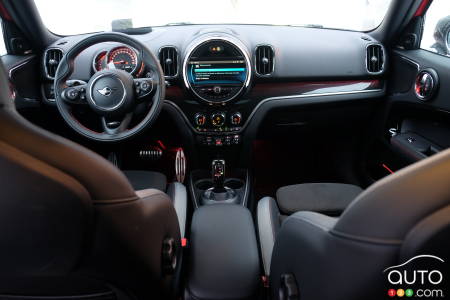 Sporty interior
Wrapped in protruding sport seats, the JCW Mini Countryman offers a good dose of safety features such as a collision warning with emergency braking assist, parking assistance, adaptive cruise control and traffic signs recognition. You can also opt for a navigation system with a large number of infotainment options for online services and an application for your cell phone as well as the use of Apple CarPlay.

Also included standard is push-button start, a 6.5-inch touchscreen and a redesigned graphic display with a halo in several colours. You also have a choice of drive modes that includes Eco, Normal and Sport. 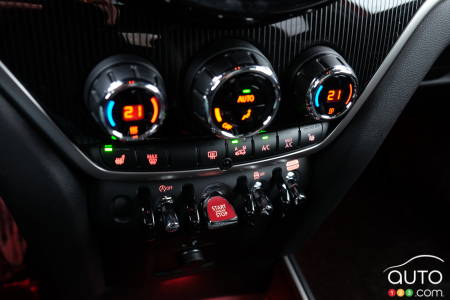 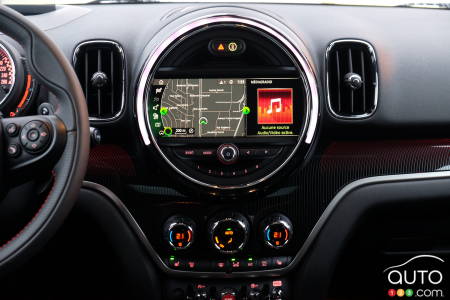 Then you can personalize by choosing between special optional equipment, including connected navigation, with its user-friendly routing function and additional infotainment options, as well as more connected navigation with a larger 8.8-inch touchscreen. The sport seats provide very good comfort and the ideal driving position is easily found.

Nervy and playful
Some purists are bemoaning the absence of a manual transmission, but the truth is that the 8-speed Steptronic Sport automatic transmission, which includes a function for controlling acceleration at start-up and paddle shifters on the steering wheel, is very competent. 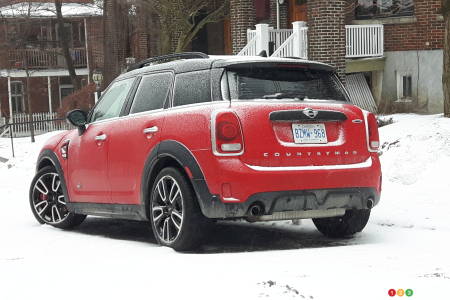 With a mechanical locking differential that transfers torque to the other wheel in the event of slippage, controlling the increased power of the 2020 Countryman JCW remains easy. With 301 hp and 331 lb-ft of torque to play with, and the ability to reach 100 km/h in 4.9 seconds, the new JCW now has the chops to live up to its potential.

The Mini ALL 4 transmission is standard and is a major asset in delivering road handling to match the power now under the hood. That power has also led Mini to modify the braking system, now larger and more efficient. The whole chassis structure has also been revised with extremely rigid engine connections and fixings. 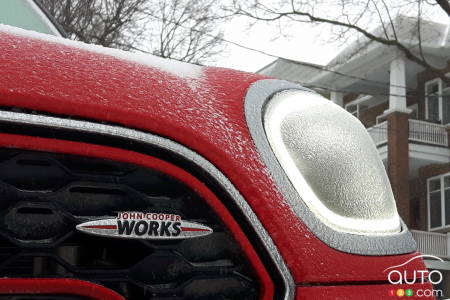 Despite the car’s fairly substantial weight, you can feel the quick responsiveness of the engine. Put it in Sport mode and you’ll feel the itch to head for the nearest race track. (Maximum speed, by the way, is electronically fixed at 250 km/h).

The very rigid structure, the body lowered by 10 mm (compared to the regular model) and the stiffer suspension configuration with our optional 19-inch tires assisted by all-wheel drive ensure that you remain firmly planted on the ground.

All these little performance details that were missing from the JCW version previously are now in place, making the vehicle much more dynamic. What’s more, the steering is fast and precise, and power is present at all speeds. The automatic transmission with its sport configuration is more responsive and keeps pace with the engine. Even the paddle shifters deliver a lot of fun – though I have to admit I still miss the manual transmission a little bit. 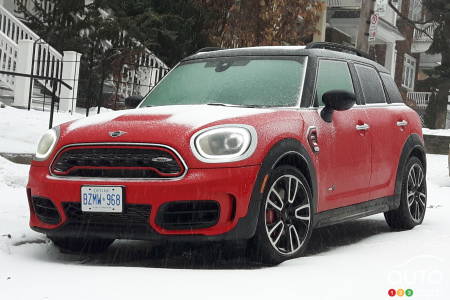 Conclusion
With this new edition of its sportier Countryman, MINI shows its real expertise in the field of small sports cars and can now proudly present itself versus the heavyweights in this segment without blushing. John Cooper would approve. 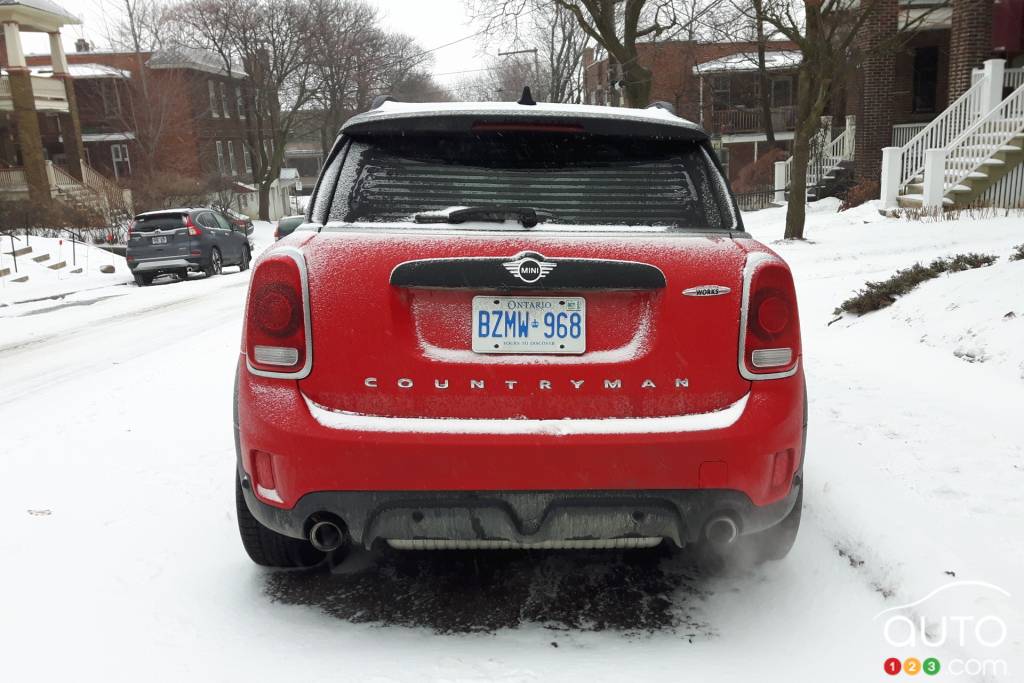 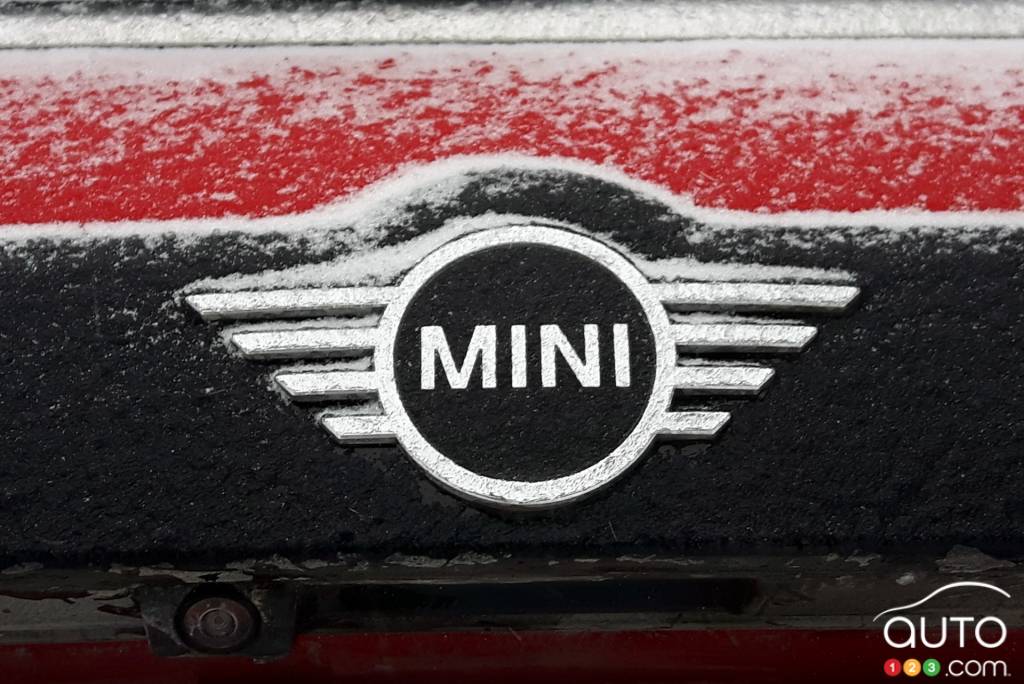 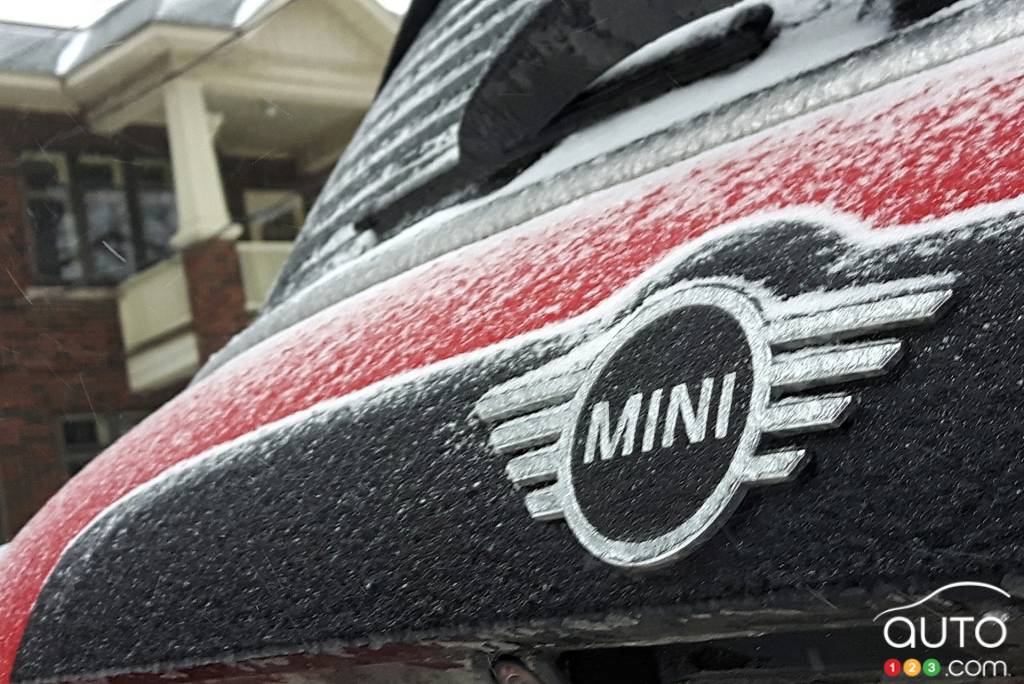 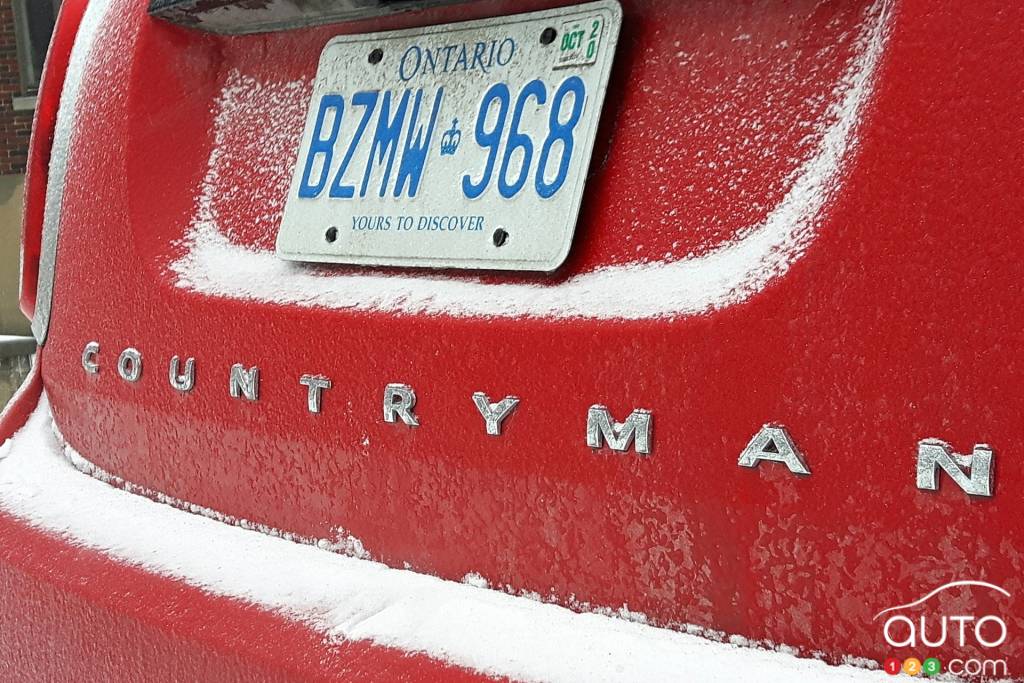 MINI is boosting power of two of its JCW models to 301 hp for the 2020 model-year. The beneficiaries of the extra horses will be the Clubman and Countryman –...