The city car as an idea has been around throughout the world for a long time, but Canada has never really been fertile ground for it. Maybe we just have too much country and not enough city. In any event, since the Mirage launched in Canada in 2013, Mitsubishi has sold about as many units of its city sprite (just under 20,000) in eight years as Ford did of its F-150… in the first two months of this year.

Yes I know, it’s grossly unfair to compare the best-selling vehicle in North America with a small car that's been kind of maligned by the automotive press since its introduction here; but I chose the Dearborn pickup purely to make a point.

If you want to compare apples and apples, the Mitsubishi microcar has only one rival on the market: the Chevrolet Spark. And before I even get to my driving impressions regarding the most affordable car in the three-diamond brand’s lineup, if you're thinking of going with the Mirage, you owe it to yourself to make the time to test drive the Spark - you probably won't be disappointed!

A car is just a car
My first car, bought in 1998, had handles for the windows, a 4-speed manual transmission and a cassette player right in the middle of the dashboard. The Mitsubishi Mirage ES may have a touchscreen (even on the base model), an extra gear in the transmission and power windows, but it reminds me of those good old days, maybe because the rear windows still require arm power to open and close. In fact, my boys exclaimed "What's that?" when they saw the black plastic handles.

This is one of the wacky aspects of the Mirage... along with the location of the jack under the driver's seat! I tried squinting real hard to see if I could conjure up the spare tire sitting over the engine, like it did in the famed Renault 5! No luck.

I’ve said it many times in the past, the Mitsubishi Mirage reminds me of a car transported out of the 20th Century. The bare-bones philosophy informing it contrasts with the so-much-more-fully-equipped models of 2021. A quick look inside reveals dodgy upholstery in both rows, flimsy padding for the seating and almost no support in the front buckets. In the back, space is at a premium, especially when you realize that there is, theoretically, seating for three. I’d pay to see that!

Storage space is only available in the front doors, plus a few cup holders here and there, while the plastic is, no surprise, of lower quality. But that's part of the Mirage experience!

Don't look for a digital screen behind the steering wheel - it's just not in the offer - or touch-sensitive buttons for the climate control. The Mirage is the very definition of an “analog” car, with the exception that you can connect to Apple CarPlay and Android Auto... in the model's more expensive trims! The Mirage ES doesn't even have cruise control, and the manual gear shifter rising up smack between the two front seats is retro to the max. 20th Century indeed. Yes that’s right, the most affordable Mirage even has its driver play with the three pedals on the floor on occasion!

I can assure you that there is still air conditioning (though it hampers the performance of the engine when it's running), plus there’s a USB port so you can connect your smartphone to make or receive calls safely and legally.

Here’s another thing: it takes rather a long time for the door-locking operation to complete, which does serve to make you appreciate the wonderful invention that is the fob. Here, the two front doors have a good old-fashioned lock, as does the tailgate, while the rear doors must be locked using the button on the inside. Which is all retro fun the first few times around if it’s spring, summer or fall. But in winter when you’re clutching several bags of groceries? Maybe it would be a little less fun!

What about the drive?
The picture I’ve drawn of the Mirage ES sop far doesn't make it appear too appealing, I admit. There is other stuff to consider, like the manufacturer's 10-year/160,000 km powertrain warranty and 5-year/100,000 km bumper-to-bumper warranty. And manual this-and-that aside, a car is also about the driving experience and the Mirage is capable of transporting you from point A in the city to point B.

I took the time to coax my wife and two boys into the Mirage to see how the “Ministubishi” handled with four human beings on board. Now, the Mirage is limited when there’s only one occupant on board, but times it by four and things are downright painful - and even a little funny - when accelerating, passing and on-ramping onto the highway.

The little naturally-aspirated 3-cylinder engine screams loudly - especially in first gear - every time the right pedal is depressed into the floor, and even though that sound isn’t bad, exactly, the car struggles to accelerate. On the other hand, while the Mirage's manual transmission is light years removed from the gearboxes you’ll find in a Porsche, a BMW or even a Honda, it does bring an element of fun to a car that is genuinely terrible when equipped with the CVT.

Just ‘cause it’s allowed doesn’t mean it’s recommended
Regardless of the gearbox chosen, the Mirage forces its driver to be vigilant to ensure safety in situations that require power and torque from the mechanics. In other words, even if the little Mitsubishi is allowed to drive on the highway, it's more at ease in the city where it nimbly weaves its around traffic and potholes and out of the way of big SUVs thanks to its size. Did I mention that parking manoeuvres are super easy? Take that, Jeep Gladiator!

The last word
At $15,183 (including transport fees), the 2021 Mitsubishi Mirage ES is not as compelling a choice as its lone rival. The Chevrolet Spark is a fun-to-drive, confidence-inspiring little car, at least when compared to the Mirage. What's more, the Spark sells for less in its base trim. That's the price you pay for having a car with such a long warranty.

Which leads me to ask anyone considering the Mirage because of that long warranty: do you really want to drive this car for a decade?

The manual transmission
The price
The sound of the engine
The parking king!

The interior volume
The painful accelerations
No cruise control 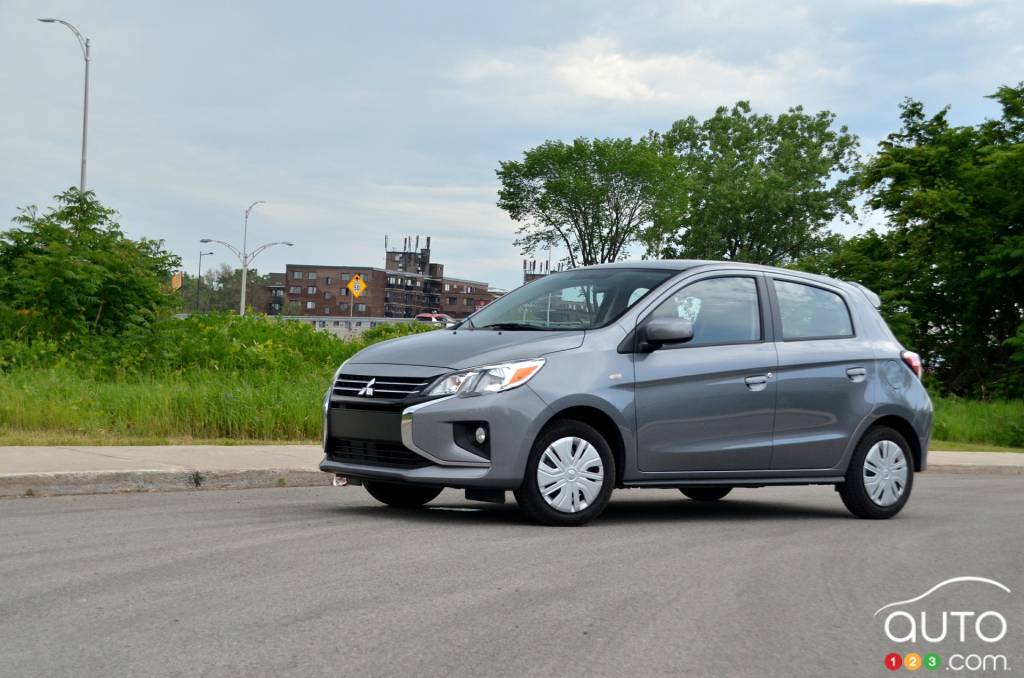 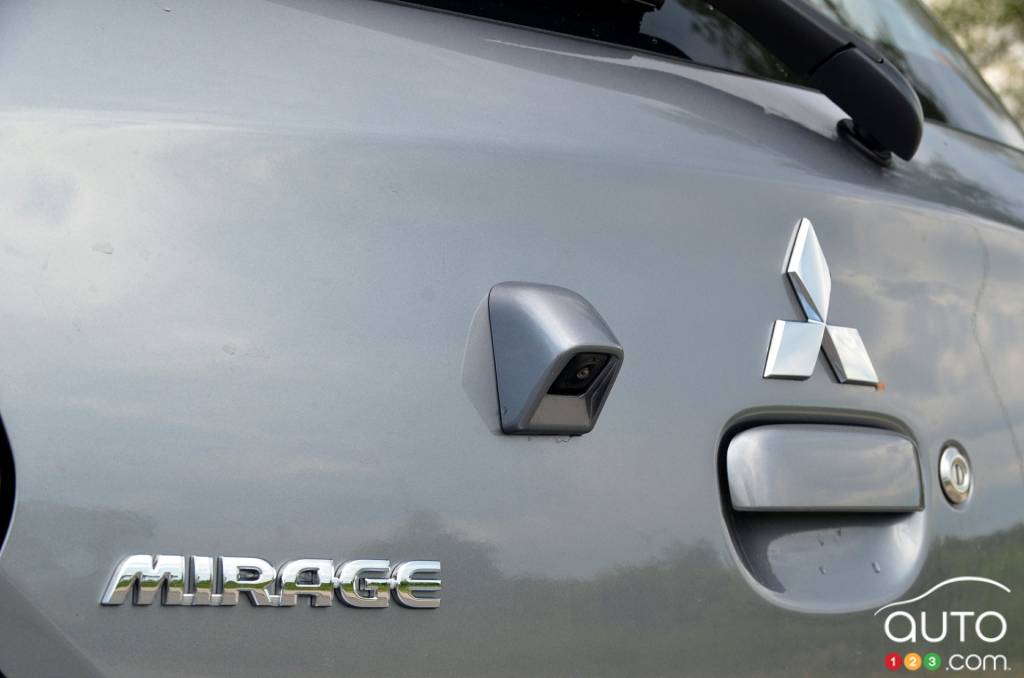 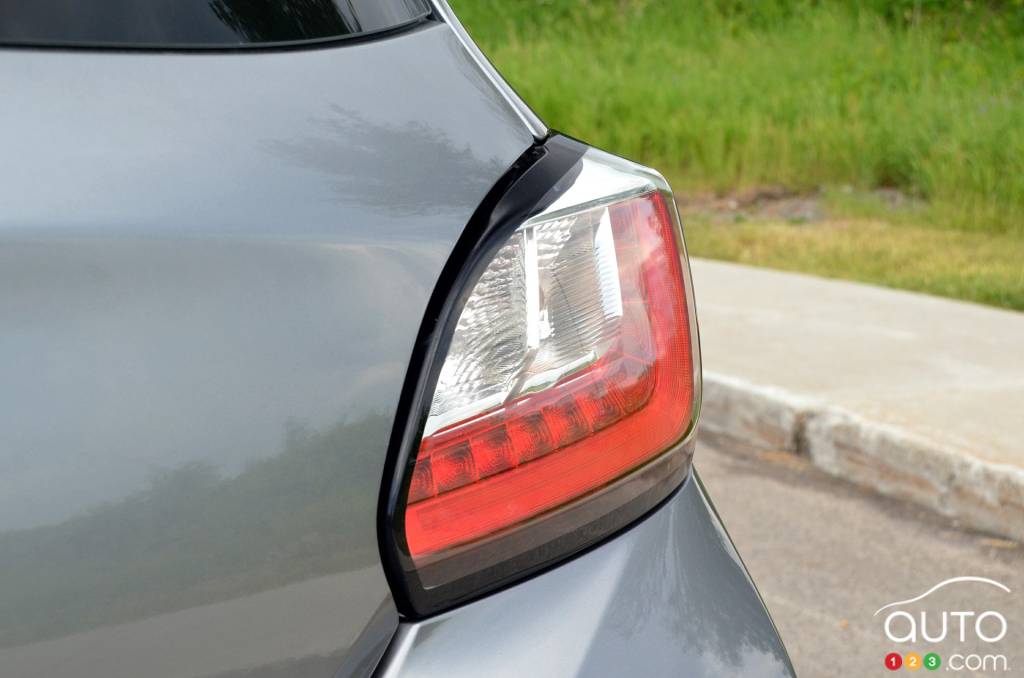 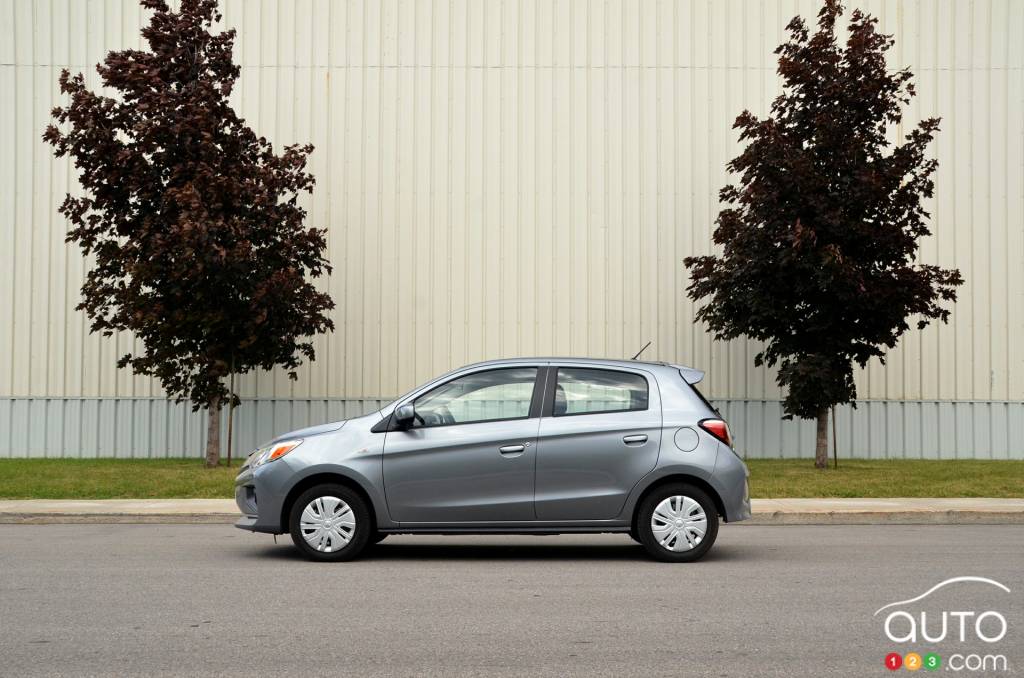 Mitsubishi brings some mild improvements to the plug-in hybrid version of its Outlander for 2021. With the new generation on the horizon, the big changes wil...

Mitsubishi, which previously announced the interior and exterior tweaks it is bringing to its 2021 Mirage, has now confirmed Canadian Pricing for the model c...