Auto123 got its hands on the latest Porsche Taycan: the basic two-wheel drive variant, which is unfortunately not sold in Canada. For the time being, anyways, it can be had only in the United States and Europe. That’s not to say that one day it won’t be available in our market, but for the moment it’s all-wheel, all the time for Canadian Taycan buyers.

A 4th version
After the 4S, Turbo and Turbo S versions, Porsche launched this latest new Taycan variant. Basically, this is an entry-level Taycan with few options available and only two rear-wheel drive. That last point makes it understandable why it's not being sold in Canada, but given Tesla's success in selling its two-wheel drive models here, might Porsche not want to reconsider and offer this Taycan in Canada? FYI, the model sells for $79,000 USD down south, and o would probably go for just under $100,000 in Canada. 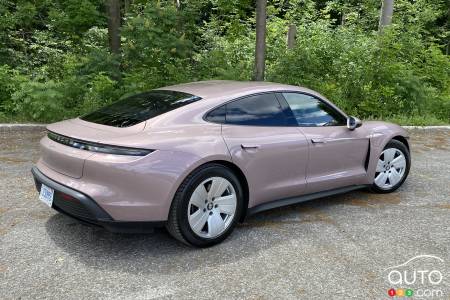 Electrifying?
With only one motor on the rear axle, this Taycan loses about 200 pounds compared to the two-motor models. It offers two separate batteries: a 79.2 kWh battery and an optional 93.4 kWh battery. The first delivers a maximum of 402 hp in Overboost mode with Launch Control and can charge up to 240 kW. The second delivers a maximum of 469 hp and can charge up to 280 kW. Our test model had this optional battery, which costs an extra $5,780 USD.

With both batteries, the 0-100 km/h time is 5.4 seconds and top speed is 230 km/h. The advantage of the batteries, besides the extra power, is the speed at which they recharge. On paper, Porsche claims charging times of 22.5 minutes to go from 5 percent to 80 percent when the battery's state of charge and temperature are reached, and the car is connected to high-speed DC.

Except that there are very few superchargers that have such a capacity. We tested 50 kW fast chargers available in Quebec and Ontario, and we were able to recover 77 km in 25 minutes of charging. That's good, but not great. 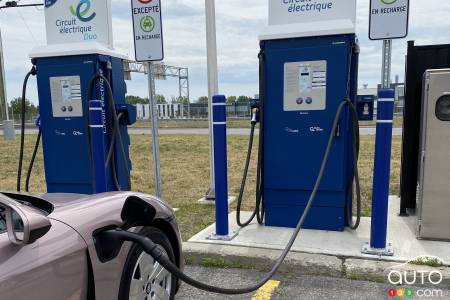 The effect of the rear-wheel drive
Visually, it's hard to tell this version from the other Taycans. Featuring the same fascia and rocker panels as the other variants, the rear-wheel drive version is distinguished by its standard 19-inch Taycan Aero wheels and "Taycan" rear monogram. If you don't like the Aeros, you can always choose from six other different wheel designs.

When it comes to colours, white and black are no-extra-charge options. For only $800 USD more, U.S. buyers can choose from 11 different metallic colours (our model was Cherry Metallic). Upon picking up the vehicle, we had a second of hesitation about this colour. After two days, however, the comments we’d received (mainly from women) were almost uniformly positive. Porsche is to be congratulated for their colour palette, which is off the beaten track and original. 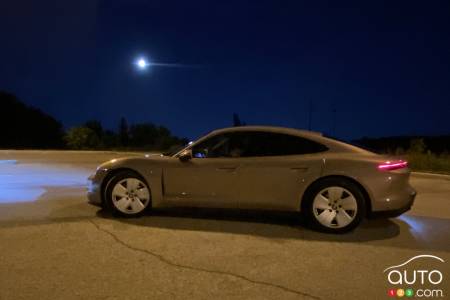 On the road, this two-wheel drive variant is no different from the four-wheel drive version. We did everything we could to get the rear end to get wild. Surprisingly, it was in vain. This car remained riveted to the ground, and even with traction control off, hard acceleration didn't make the back end of our Taycan bolt. We imagine that in the middle of winter, even with very good quality tires, it would have been a different story. But it also means that this car, equipped with all the Porsche electronic systems, can be driven in winter, in principle. Hopefully we’ll get the chance to test that out.

Inside, it's the same story: it's hard to find differences between this entry-level model and the other Taycans. The interior gets the same finishing and equipment (standard or optional) of the more powerful versions.

Instead of the standard passive suspension, our Taycan had an adaptive suspension (a US$2,200 option), both of which can be combined with PASM (Porsche Active Suspension Management). However, only the adaptive suspension allows you to vary the car's ground clearance to make it easier to pass over certain obstacles. 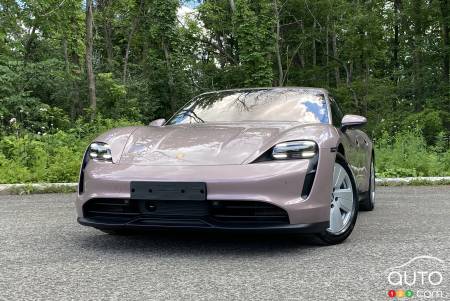 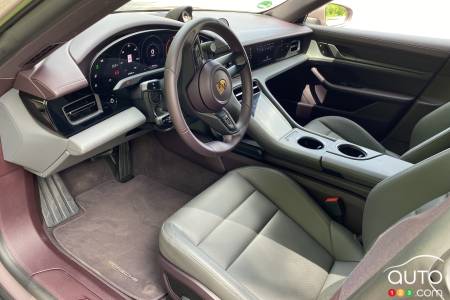 The verdict
Do we go thumbs up on this Taycan 2WD? Yes! Why? Because it drives pleasantly and dynamically and you quickly forget that it's a rear-wheel drive. This entry-level Taycan is a very good product to compete with the Tesla S, which also starts at $79,990 in the U.S. And while the Tesla leaves very little room for options and configurations, the Taycan offers a very varied menu, with 17 colour choices, seven wheel choices and a host of other options. And let's face it, for the same price, would you rather drive a Tesla or a Porsche? 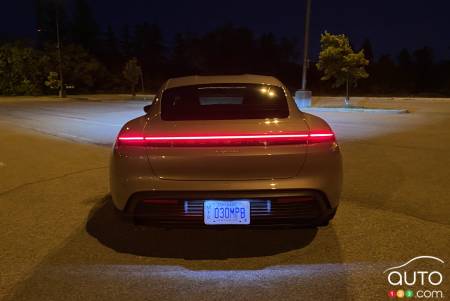 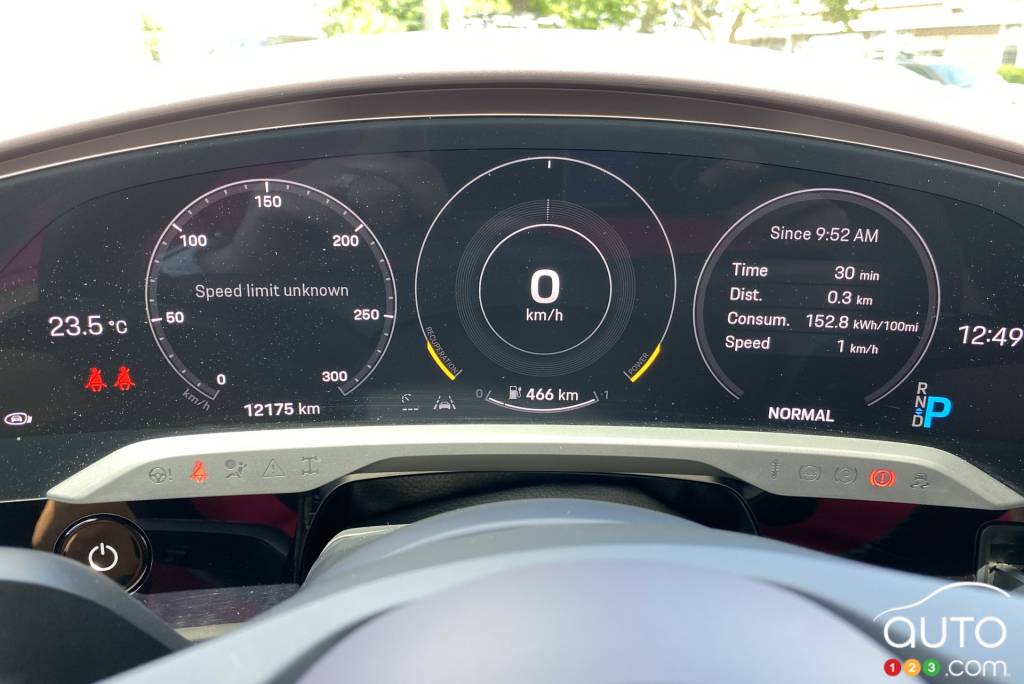 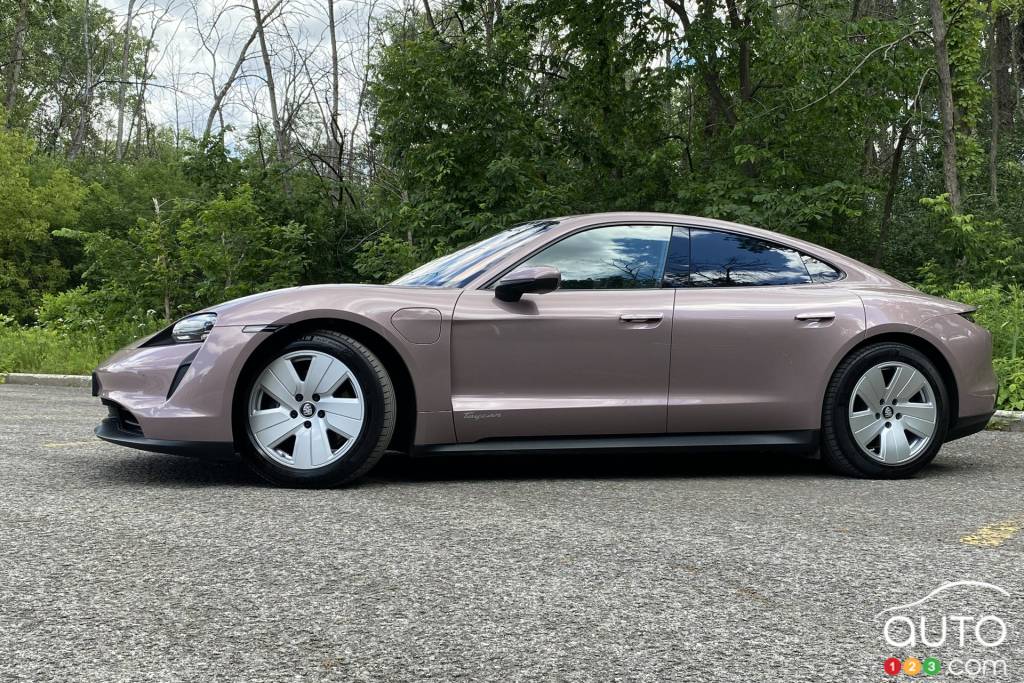 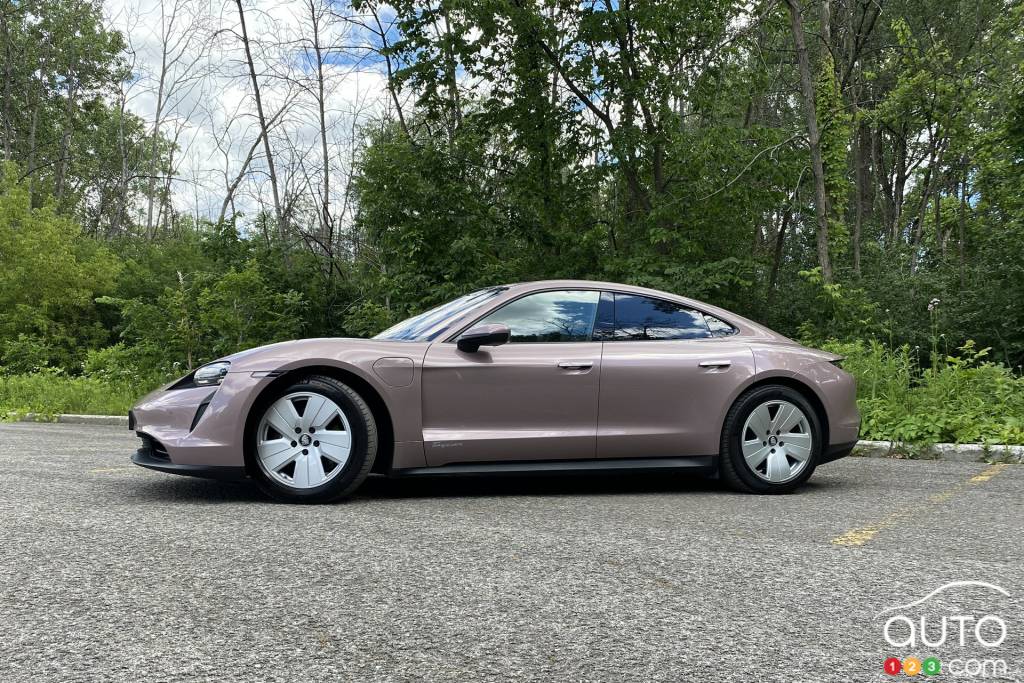 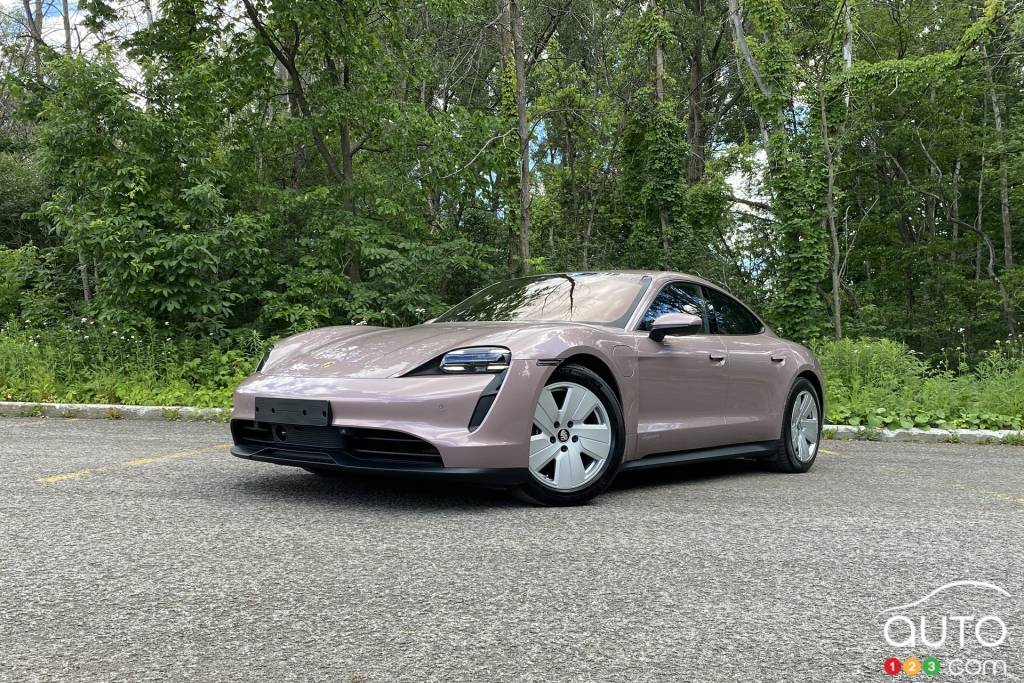