The Prius is still the best-known hybrid car on the market. In good part that's because it was one of, if not THE first car to adopt a powertrain combining a combustion engine and electric motor. Starting in 2004, the Prius made its mark on the automotive landscape. It was the talk of the town, or at least of some corners of it, and its stinginess on fuel was just one of the things that had folks talking - the car's odd shape was a common topic of conversation as well.

Here’s a little anecdote from one of our automotive journalists that relates his first experience with a Prius. He was on a family trip in the United States and when he arrived at the car rental office, he was offered a Toyota Prius. At first, our hero kindly refused the offer. The car rental representative insisted, and finally convinced him. The only condition our hero set was that he could return the vehicle to any branch and take another model if he wasn’t satisfied.

In the event, the employee's vacation went very well. The family fell in love with the Prius because in addition to having all the space they wanted for passengers and luggage in the trunk, gas consumption during their holiday was only 4.6L/100 km after a little more than 2,500 km. The Prius was and is an all-around fuel economy champion.

The arrival of the Prius Prime represented a further improvement. We won't go into all the details of the vehicle, as it's pretty much the same as the 2020 edition; you can read our full 2020 Prius Prime review to learn more. We will, however, note the few new features that are brought to the 2021 model. 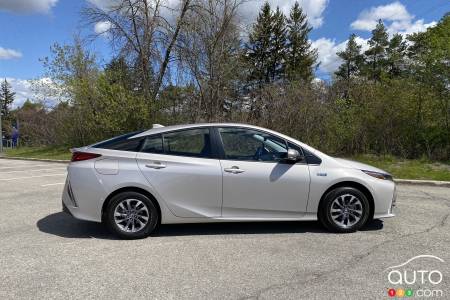 Safety
Toyota adds Safety Sense 2.0, a set of active safety technologies that help the driver avoid or mitigate collisions. Also now includes is the dynamic cruise control, which tracks the vehicle in front of you and can even bring the vehicle to a complete stop. The system restarts the vehicle as soon as the car in front of you starts moving again. It was one of the features I tested and I can confirm its effectiveness.

Technology
Other additions include the integration of Android Auto. This is a welcome add-on, as recall that the 2020 model only had Apple CarPlay. The 2021 edition also welcomes the Smart Key system with push-button start and a 120-volt power outlet. 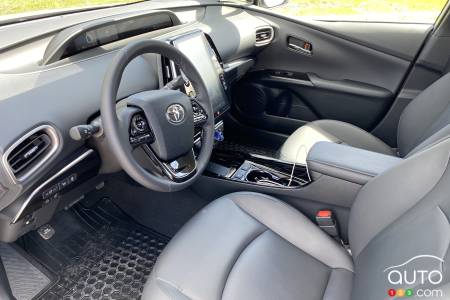 Pricing
Prices increase only slightly from the 2020 Prius Prime. The base model starts at $33,150, followed by $35,990 for the Upgrade version and $38,340 if you add the Technology Package. You can deduct from the totals applicable provincial government incentives in Quebec and British Columbia.

Fuel economy
The Prius Prime offers an all-electric (EV) range of up to 40 km on a single charge, according to Toyota Canada. During our test drive, we reached a range of 52 km on several occasions. After this electric range, the 1.8-litre in-line 4-cylinder Atkinson cycle engine takes over.

The figures according to Natural Resources Canada are 1.8L/100 km and according to Toyota Canada, the Prius has a total range of 1035 km on a full 43-litre tank of gas (and full battery charge of course). We didn’t have occasion to verify this, but we have no trouble believing that owners would get about that.

Overall, we enjoyed the Prius Prime during our week-long test drive. Why? First of all, we drove 530 km in one week and used only 1.9 litres of gas.

Even better, it took under six hours to recharge the battery to get back about 50 km of range. What that meant is that, though I’m still working from home, I could take the kids to school, come back home, recharge the battery, pick up the kids at the end of the day and run a few errands along the way, driving around 90 km during the day, and not use a single drop of gas. That’s what I call a mandate fulfilled! 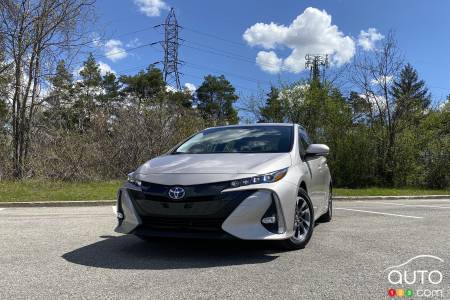 For those not quite ready to switch to pure electric vehicles just yet, the 2021 Toyota Prius Prime is actually a great compromise choice. You get a decent range in all-electric mode, and no stress since the combustion engine is there to take over when the battery runs out.

Of course, its many qualities aside, the Prius Prime isn’t perfect either. You have to get past its shape and overall appearance, which we’ll politely call a bit special. Because aesthetically speaking, let's be honest, it's not beautiful. Neither from the front nor from the back.

Inside, meanwhile, you pay extra for the Upgrade trim, but the 11.5-inch screen and the Softex are pretty frustrating each for their own reason. The former becomes totally unreadable in sunlight, and the latter is a pain because you tend to slide around on it. For these reasons, we think that the base model will offer you the best of both worlds with its ultra-economical engine, 7-inch screen, heated front seats and a heated steering wheel. 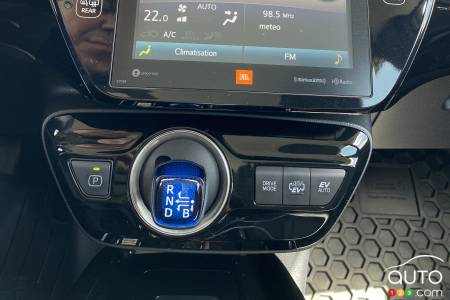 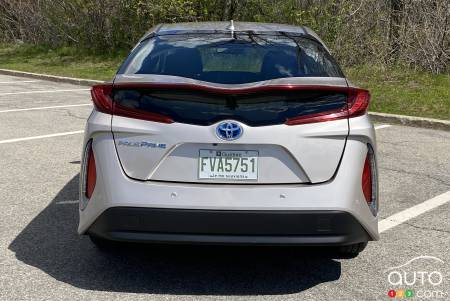 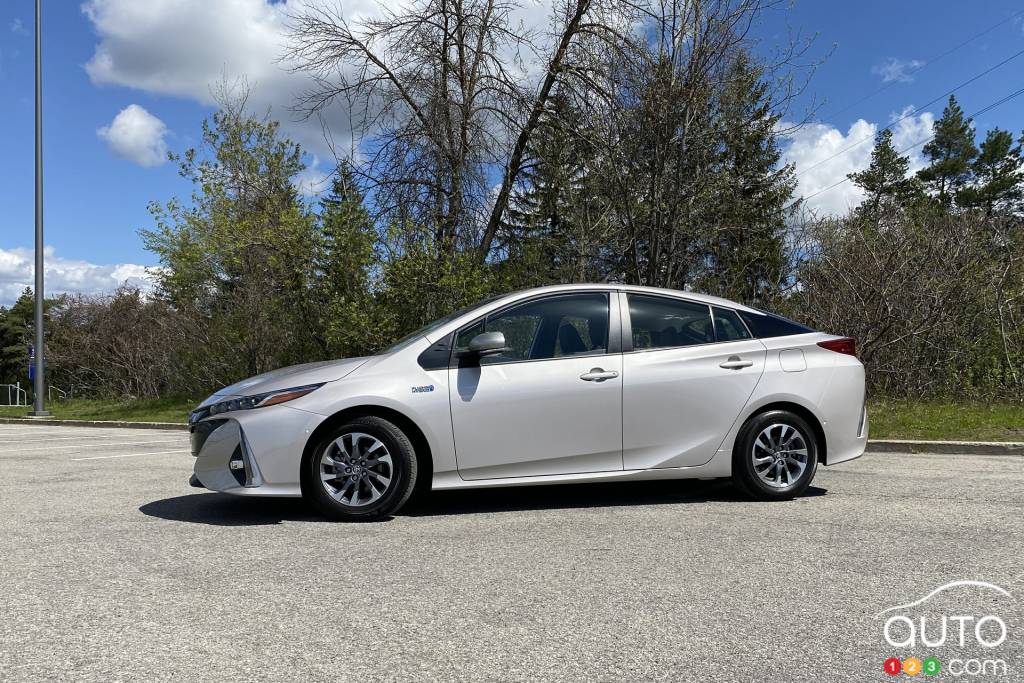 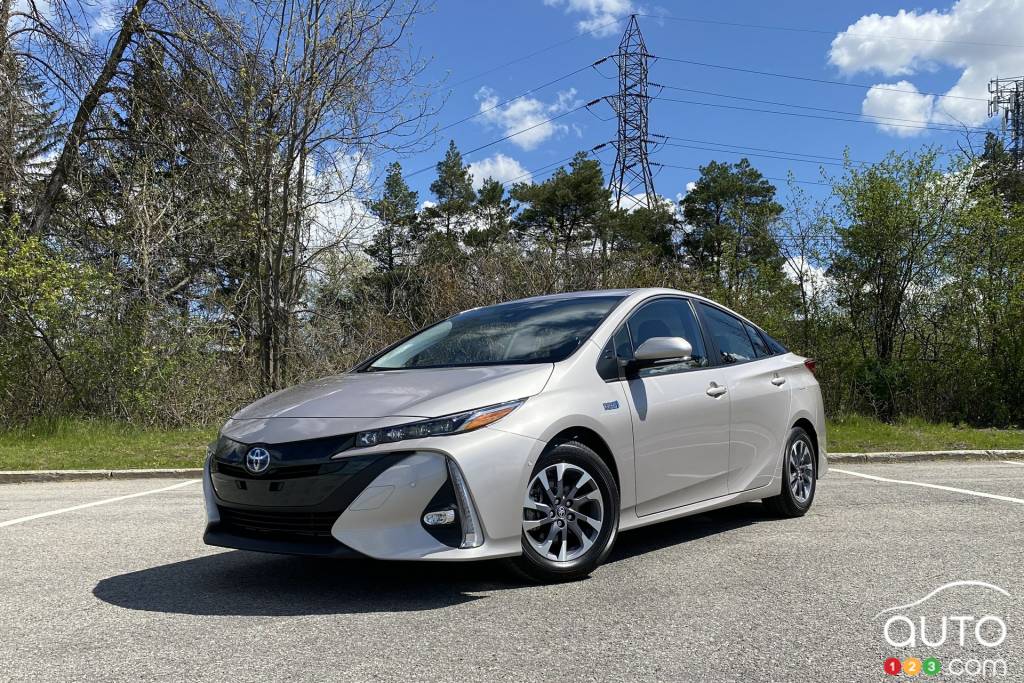 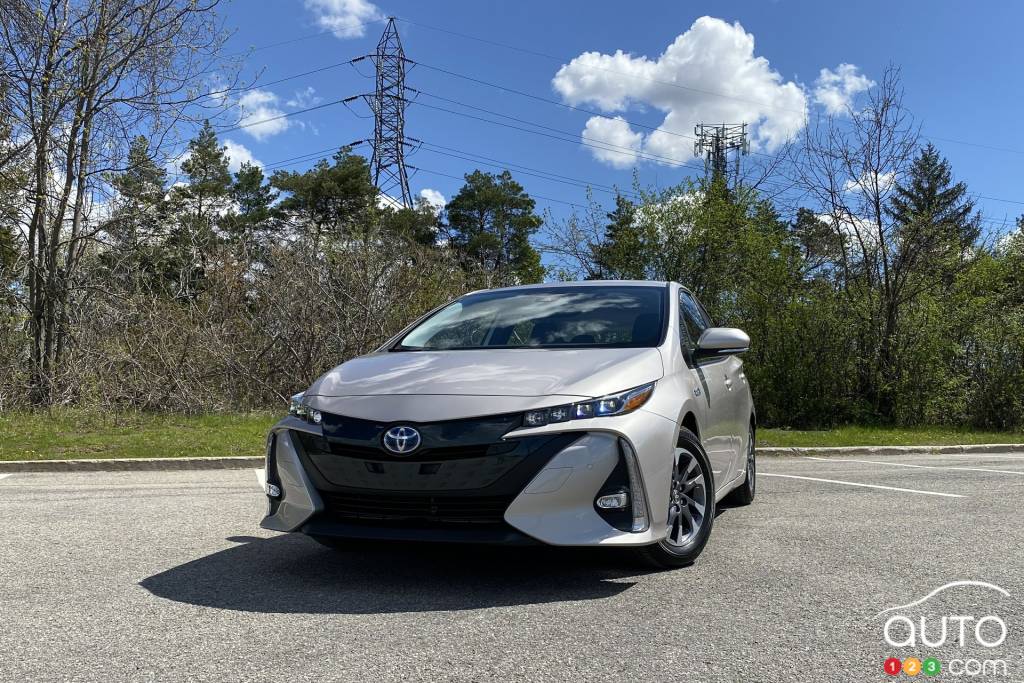 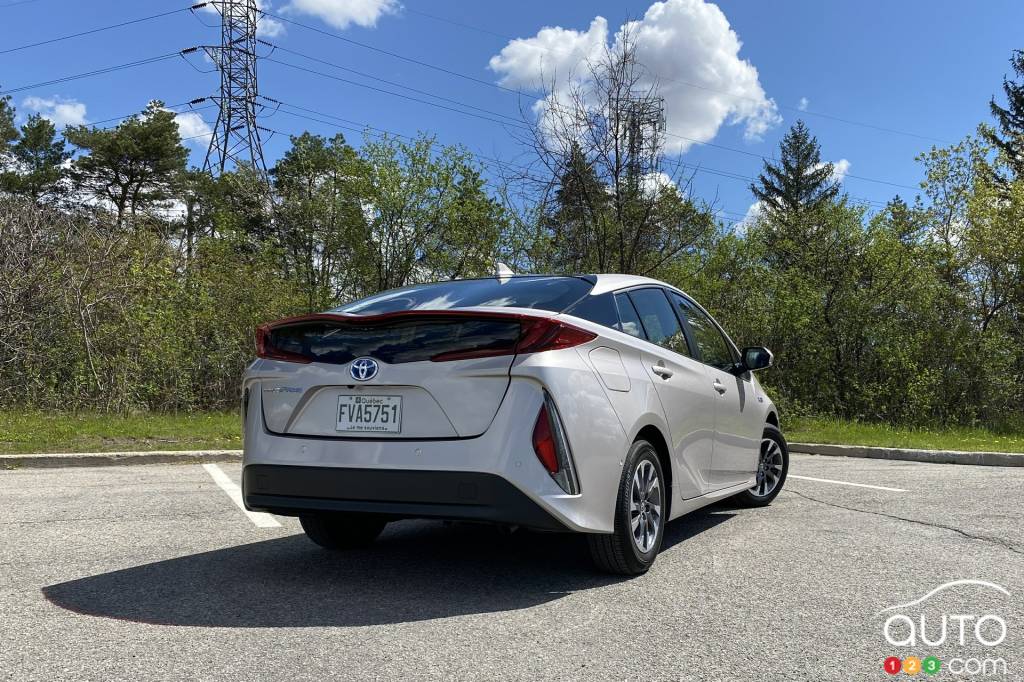