In the class of vehicles that need no introduction, the Toyota Camry is sitting near the front. For one thing, in a world where so many models seem to be merely passing through on their way to the dust bin, the Camry, available continuously since 1983, stands as a paragon of continuity.

But the larger picture is this: a model that’s by any measure better than ever is in a format that consumers just don’t want anymore, at least not in the numbers they used to. The irony of course is that it dominated sales at a time when it was pretty dull to look at. Imagine if today’s excellent product was in a popular category, like the RAV4 for instance.

Still, for those who are still interested in a sedan, it represents the best of the best. And in hybrid configuration, which is what we tested, it combines business with pleasure by serving up on a platter a fuel economy rating that promises real savings.

Sounds great – but are there any flaws to this Camry Hybrid? Read on. 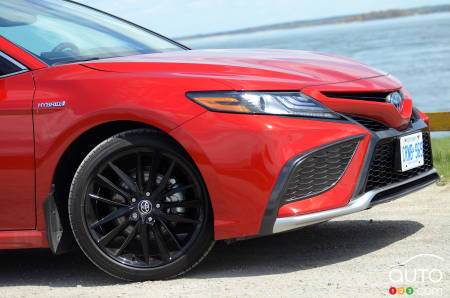 Character
I never thought I'd say this, but the current Toyota Camry's design has a certain... character. The truth is that the dull, bland lines of the past are history with this generation, and overall, the model is elegant. If the front end is a bit of an eyesore with its busy signature, the rear end is eye-catching, with lines that benefit from a pleasing stroke of the pen, including those oblique gaps that run from the lights to the bumpers on either side.

As for the hybrid variant, there's not much to differentiate it from the others, just a few logos here and there, as well as distinct Toyota badging with a blue background. Of note, it’s available with four trim levels, which translates into an interesting offer for the buyer.

The Camry Hybrids
In addition to the LE, XLE and SE models that were already available last year in a hybrid configuration, Toyota has added an XSE Hybrid model this year, and not surprisingly that’s the version Toyota lent us.

In base trim, you get the basics with things like 17-inch alloy wheels, LED headlights and lights, dual-zone climate control, heated front seats, keyless access, push-button start and dynamic cruise control that works at all speeds.

It gets much better with the next two variants (XLE and SE) and tops out with the all-inclusive XSE model. Including some of the amenities of the two aforementioned models, you get a sunroof, heated steering wheel, ventilated front seats, leather upholstery, auto-dimming rearview mirror, ambient lighting, 9-speaker JBL audio system, Toyota's connected services, wireless smartphone charging and 19-inch wheels.

Safety-wise, the Camry Hybrid benefits from Toyota's Safety Sense 2.5 suite, which really does pack in everything you need to drive with a clear head. 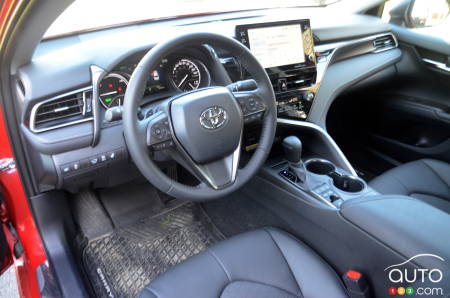 Quality
This is the word that comes to mind when you see the interior. In addition to the big pile of equipment included with our version, most striking is the rigour brought to conceiving and putting together the interior. Everything feels well-thought-out and well-built. We liked being able to adjust the audio system and climate control with physical buttons rather than touchscreen buttons. Of course, for some functions, like applications and the phone, you do have to go through the screen.

One wish for the next generation is that the screen be better integrated physically not its environment, because its positioning atop the console is not aesthetically pleasing.

For the rest, the seats are comfortable and make covering the miles a less tiring affair. In back, space is generous and those not six years old who are assigned to sit there won't ask you every five minutes if you've arrived at your destination.

The heart
Under the hood of this Camry Hybrid is a 2.5L Atkinson-cycle 4-cylinder engine backed by two electric motors. Output is 208 hp, which is enough for the purpose of this model. The horses are relayed to the front wheels via the work of a continuously variable transmission.

Don't look for excitement though, because you’ll be wasting your time. Anyone who wants a more exciting Camry can look to a V6-powered version, or else the TRD variant prepared by the Toyota Racing Development performance division. At which stage, you’ll be in a different universe. 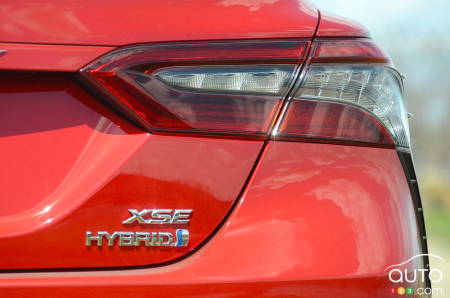 Performance
With such choice, in the end, everyone can have their own Toyota Camry, in a sense. Our hybrid version is definitely for the buyer wanting peace of mind first, and the efficiency of an effective electrified approach second.

And on that front, it’s hard not to be satisfied with the 5.3L/100 km rating we tallied after a series of short trips spanning some 500 km in all. The majority of these were on the highway. This being a hybrid, you can expect even better in the city. I’d say that something around 5.0L is very possible.

As for the driving experience, it meets expectations. And if you’re realistic with those, the Camry Hybrid will satisfy.

Conclusion
There are more models in the Camry lineup than one would expect. There's a Camry for everyone, in fact, although at the same time this car isn't for everyone. But whether you go for a sportier variant, a more regular trim or the fuel-economical Hybrid, the Camry is a safe buy if you're in the market for this type of transportation. 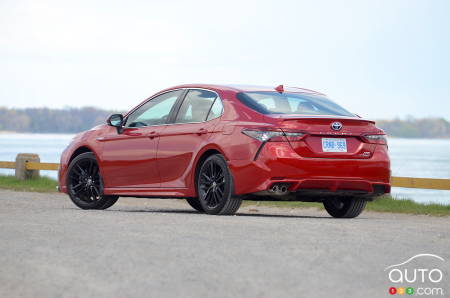 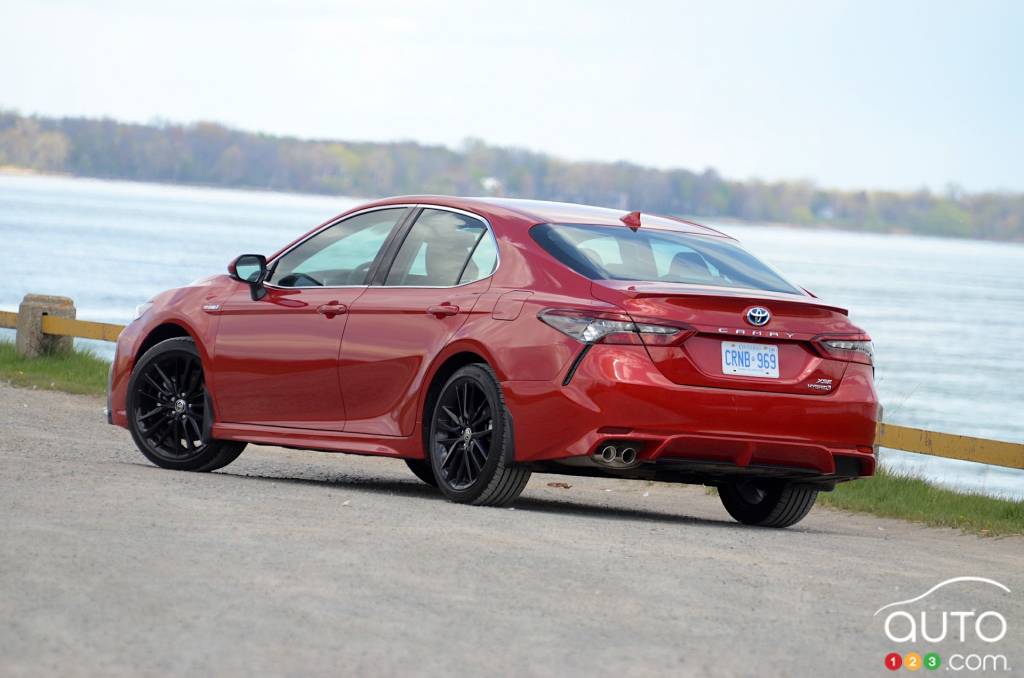 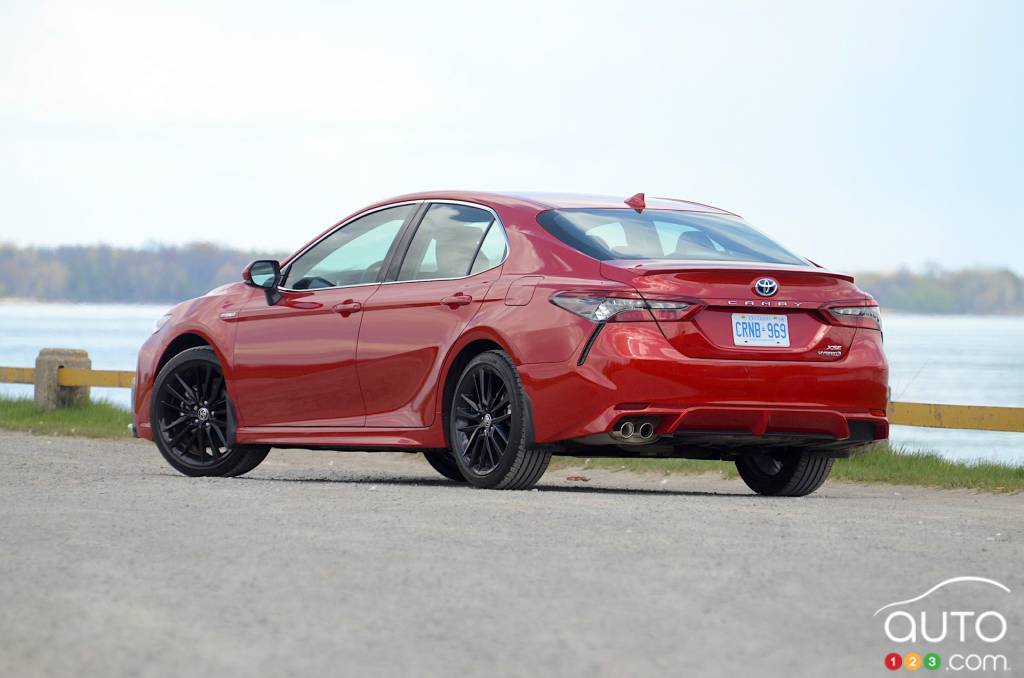 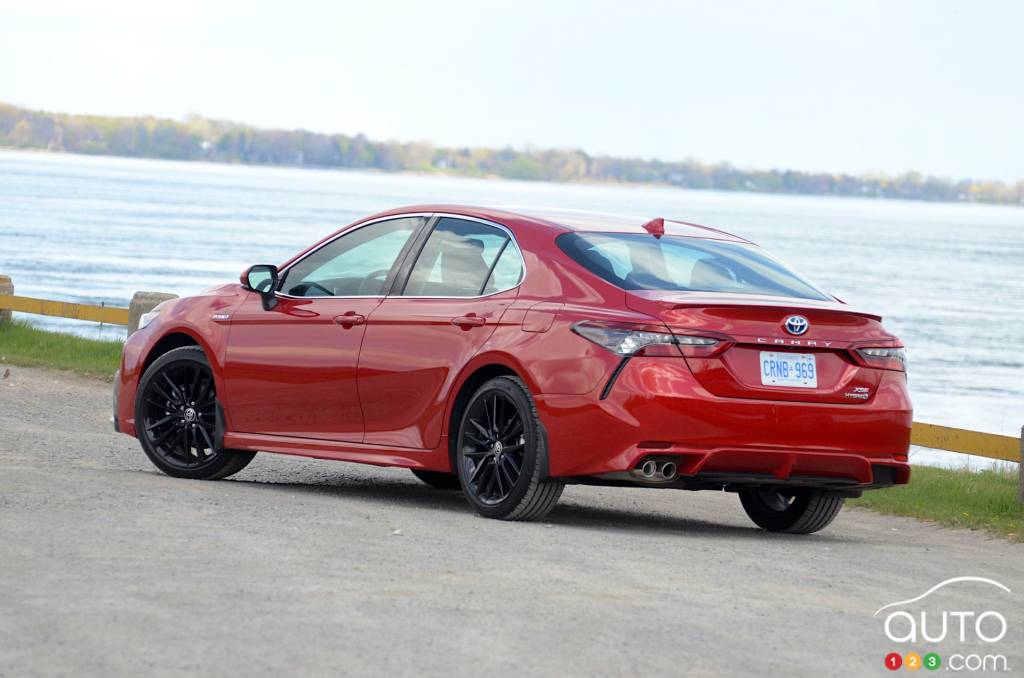 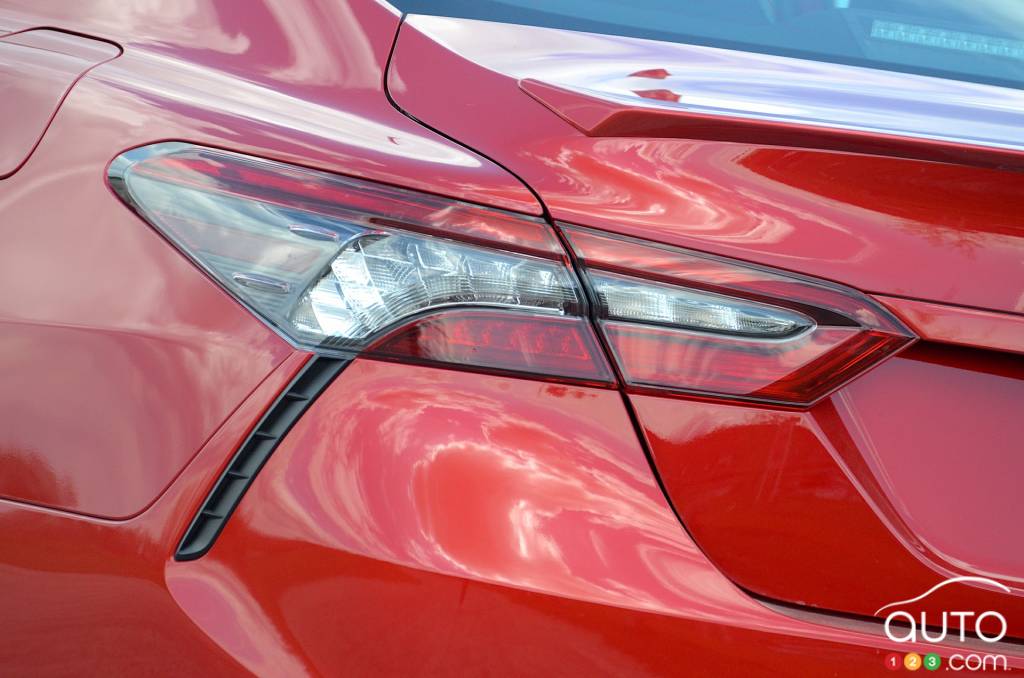 Early this morning Toyota unveiled its new Crown sedan, a hybrid proposition in a format that is both out of fashion and very welcome. The Crown will come in...