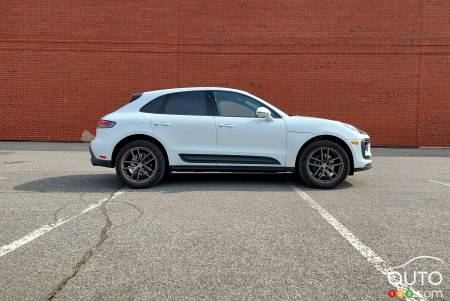 There’s little question about it really: The Macan is one of the most fully and successfully realized SUVs on the market, especially given its status as an entry model into the Porsche universe. But the quality and quantity of its rivals are ever on the rise, so Porsche can’t afford to sit on its laurels or rest on its hands, or whatever. And so it is that the brand’s top-selling model has gotten a modest update for 2022.

We say modest, because for the most part only purists will notice the changes. Beyond the few mild esthetic tweaks and some nipping and tucking inside, the focus for the German automaker here was to work on the performance of the SUV, so it can continue to be the finest-performing entry-level luxury model in its class.

The looks
For this second update to the model since its introduction to the world, Porsche made a few changes to the front end, the black plastic smile of which is more notable than before. In back, we find a new black spoiler. On the side, the “sideblades’ so characteristic of Macan SUVs have been rethought.

In addition, the LED headlights featuring the Porsche Dynamic Light System and the Sport Design side mirrors are now standard across the range. There are seven new wheel designs with sizes ranging from 19 to 21 inches, as well as 14 exterior colour choices, including Papaya Metallic, Gentian Blue Metallic and Python Green; some buyers may find themselves struggling to make a choice. 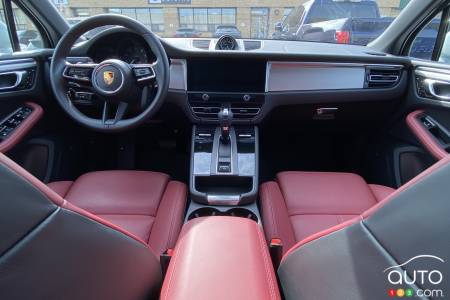 Modified interior
Highlights of the “new” interior of the 2022 Macan include a shorter shift lever and a 10.9-inch HD screen (standard), which now features the new Porsche Communication Management 6.0 interface. We also find an analog clock on the dashboard, always a nice touch.

The most significant change involves the central console, which now has touch commands instead of the multitude of buttons found there before. After using the vehicle and its new commands for a week, our feelings remained mixed. We’re not big fans of touch commands, but visually we have to admit the de-cluttering of the space makes it looks better. Overall, it ain’t worse, and it ain’t better, it’s just… different. That said, there are lot of touch commands, and you sometimes have no choice but to take your eyes off the road to ensure you don’t touch the wrong one. Compound that in winter when you might be wearing gloves… 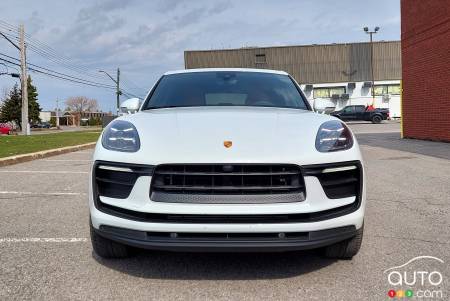 The engine
While our tester was not the least-expensive model in the range, it did have the smallest engine. And in fact, take away all the options it came with, and it IS the most affordable Macan. To wit, according to Porsche, the Macan is the model of choice for 80 percent of buyers who are new to the brand.

For 2022, that base engine, a 2.0L 4-cylinder, has been revisited by Porsche’s engineers. Thanks to their work, the Macan offers improved performance. The 2.0L engine now delivers 265 hp, or 20 more than previous. It still works with the PDK transmission and the Porsche Traction Management AWD system. So equipped, the 2022 “base” Macan delivers 0-100 km/h acceleration in 6.2 seconds and a top speed 232 km/h – relevant, we admit, only if you happen to take your Macan on certain portions of the German Autobahn.

More Power, Other Improvements for the Porsche Macan for ...

Porsche is offering a revised and improved Macan for 2022. Among the changes are an increase in power for each of the three variants on offer, as well as twe...