The Macan made its debut in the Porsche lineup in 2015, and without too much surprise, it has emerged to become one of the roster’s star performers, just as big brother the Cayenne did at the turn of the 2000s.

This will be the model's eighth year on the market, which is a very long time in the industry. Except that Porsche has been constantly tweaking and updating its Macan year after year, so that today’s edition doesn't necessarily feel like you're dealing with an SUV that debuted nearly 10 years ago.

And so it is that for 2022 model-year, the Macan will benefit from a series of improvements that should allow it to sail into its next big renewal with good momentum, and feeling fresh as a daisy.

Aesthetically, small changes are being brought across the range. Most notably, the front end stands out from previous models, especially with its redesigned nose. On the GTS variant, the centre of the nose gets black marking. Porsche also promises a more grounded and menacing look for the Macan. And, refreshingly for Porsche, 14 colours that are not all shades of black and gray appear in the offering. 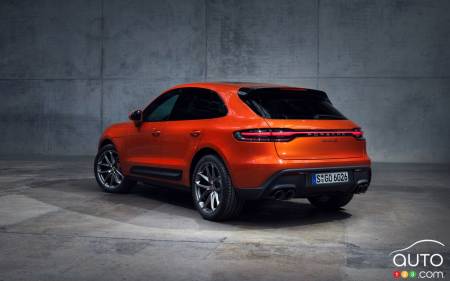 The mechanics
When Porsche tweaks a model, that often also means some improvements under the hood. N osurprise then that the new edition of the Macan is more powerful, right from the base version, which benefits from a new 2.0L turbocharged 4-cylinder engine making 261 hp, a gain of 13. With the S model, the twin-turbocharged 2.9L V6 offers 375 hp, which is 25 more than last year. Finally, with the GTS model, the same engine is tuned to spit out 434 hp, or 59 more than this year.

0-100 km/h times are given as 6.2, 4.6 and 4.3 seconds for the three variants, in order. The Sport Chrono package is required for the latter, mind you. It’s included with the GTS Sport option, which also comes with carbon-fibre appliqués and 18-way adjustable front sport seats. That definitely makes it the Macan designed for racing. 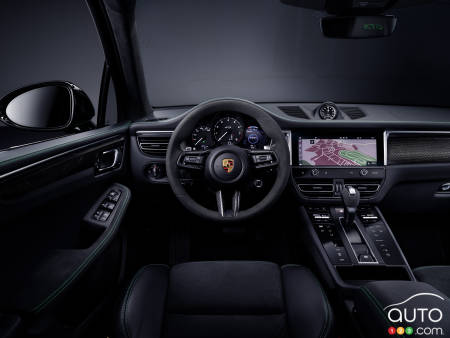 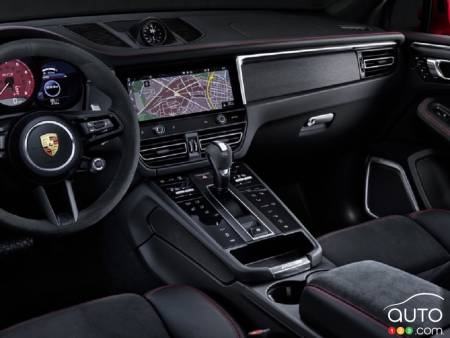 On board, buyers get a new console with a new interface with touch controls replacing touch buttons. On the road, a more-dynamic behavior awaits new owners, thanks in part to improvements to Porsche's PASM (Porsche Active Suspension Management) system. This system is newly configured for the 2022 Macan, an approach that allows for individual management of the dampers at each wheel. PASM is offered as an option with the base version and is standard with the other two proposals.

And it gets even better with the GTS variant, the new sport air suspension of which lowers the vehicle by 10 mm. This model also shows an increased stiffness of 10 percent at the front and 15 percent at the rear. All in all, things sound very promising.

The changes should really allow the model in all its variations to continue its run of success with buyers. Since 2014, 80 percent of the 600,000 who bought one were first-time Macan owners.

The 2022 Macan shows up early next year at Porsche dealerships across Canada. It can be ordered now, however. 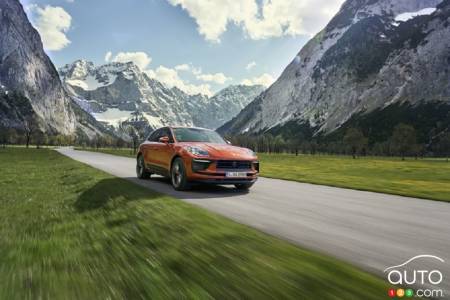 The Porsche Macan was good – very good – but it’s now better, thanks notably to improvements made to the base engine that serves it. What’s more, for what yo...

The Porsche 718 Cayman T 2022 may not deliver as much brute force when the right foot gets heavy as other variants of the model, but what it loses in power, ...