The 2019 Kia Sorento arrives at a unique time in the history of the Korean brand. No longer a hungry challenger to the established automotive order thanks to years of providing consistently excellent options across a wide swathe of vehicle segments, and poised mid-shift between value-oriented badge and style-focused mainstream player, Kia has arrived. It's an exciting moment for anyone planning Kia's future.

It's also exactly the wrong time to make any sweeping, meddlesome changes to the models that have helped the company get where it is - which is why the refreshed Kia Sorento feels like exactly the right direction for a very popular, and capable, SUV to take.

Minor Changes for a Major Player

Make no mistake: the Sorento is one of, if not the most important nameplate in the entire Kia stable, a family hauler that has sold in the six digits for the past seven years in North America, until a shorter 2018 model-year ended that impressive streak.

For 2019, then, there's no point in messing with success, and for the most part the updates that have been applied to the Sorento qualify as evolutionary rather than revolutionary. In fact, if you look quickly enough, you might strain to see the primary visual indicators that separate the new crossover from the old. These include a new set of rims, a revised front fascia, and a different rear treatment. Seen in profile, it's difficult to pick the refresh out of a lineup, and that's not a bad thing given how handsome the outgoing rig was.

Inside it's a similar story, what with an audio upgrade in the form of a Harman Kardon sound system putting in an appearance on certain models, as well as the more useful addition of three-row seating across the board - something you couldn't get with the 2018-and-older version of the vehicle. There's still excellent cargo capacity to be had with the Sorento, too, including 73 cubic feet in total with the rear accommodations folded.

Mechanically, the 2019 Kia Sorento is notable not just for the 'new' that it brings to the table, but also for what it's left behind. It's no longer possible to order the mid-size SUV with a 2.0L turbocharged 4-cylinder engine, a motor that had been presented as the sportiest offering in the Sorento's drivetrain family, and one that I found particularly compelling versus the top-dog V6, which remains in the picture.

Certainly there's nothing wrong with the 3.3L 6-cylinder engine (what with 290 hp and 252 lb-ft of torque), but the turbo felt just as quick in most real-world driving situations and also happened to deliver better fuel economy in the city. On the mountain roads linking one ski town in Colorado to another, however, I was impressed by the frugality of the V6, which came very close to matching its unofficial 9.0L/100 km rating.

A big part of that thriftiness can be attributed to the 8-speed automatic transmission that now comes standard with the 3.3L motor. If you're trying to maximize savings at the fuel pump as well as at purchase time, it's still possible to equip the Sorento with a 2.4L 4-cylinder engine that's good for 185 horses (and which comes with a 6-speed automatic). All-wheel drive is available with both engine choices, and it includes Kia's signature 50/50 torque split button for helping you get through deeper-than-expected snow or mud.

Definitely Worth a Look

It would be easy to dismiss the Kia Sorento as just another SUV in a market flooded with the same - until you drive it, that is. The 2019 Sorento is one of the rare affordable people movers (expected to start around $30,000) that looks great and offers a pleasingly compliant and respectably responsive on-road experience to go with it. Not only does the vehicle provide more features than you might expect for your dollar (another Kia trademark), but it comes quite close to brushing up against the premium segment when ordered in SXL trim, which introduces a new, and quite fetching, leather interior with the new model.

On the road, the 6-cylinder Sorento's passing power and smooth shifting from its 8-speed automatic are well-appreciated with each uphill shoot through Colorado's interior. The cabin is mostly quiet (save for the sound of the motor at higher RPMs), the heated and cooled seats comfortable and supportive, and visibility front and rear is excellent, which is an important consideration in such a large vehicle. Kia's king crossover is a road tripper in its bones, especially if you opt for the affordable luxury of the sub-$50k (est.) SXL.

Kia is getting ready to unveil an all-new, full-size three-row SUV that will likely topple the Sorento from its throne as the most prestigious of the company's family options. It's hard to imagine, however, this gem disappearing from the wish lists of buyers seeking that rare confluence of price, utility, and style. 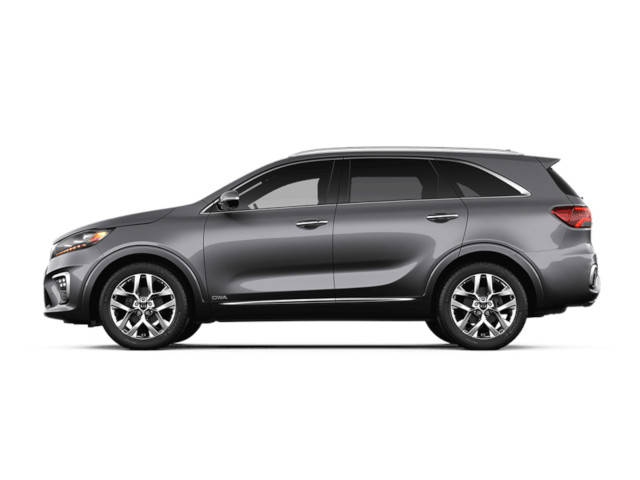 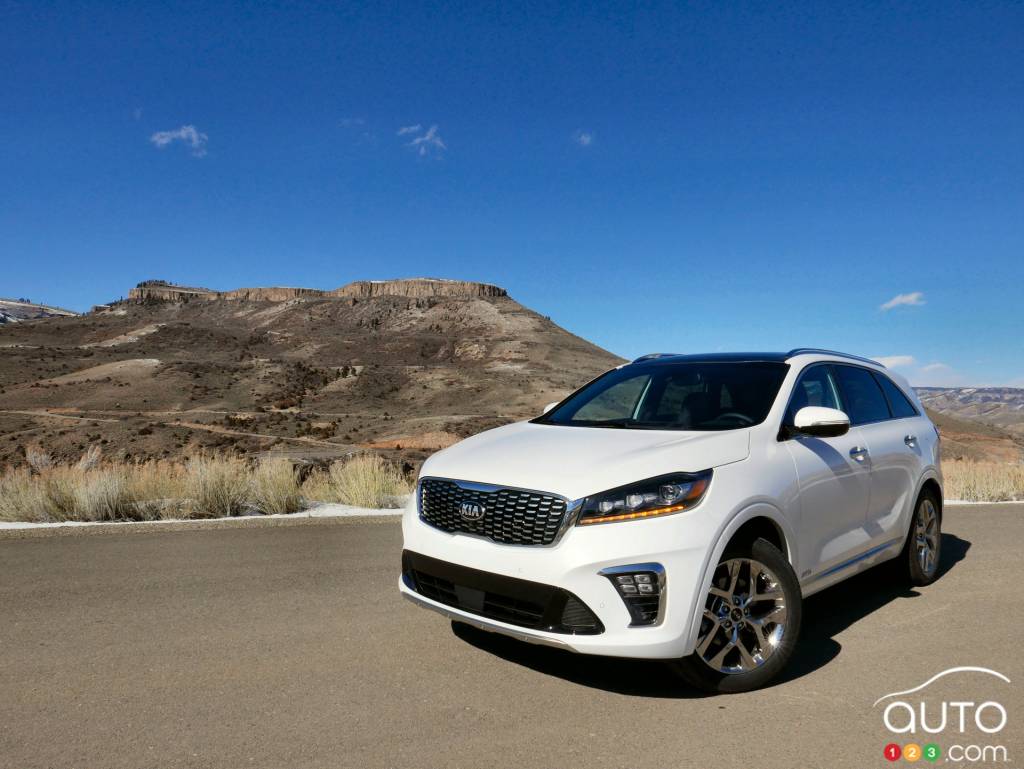 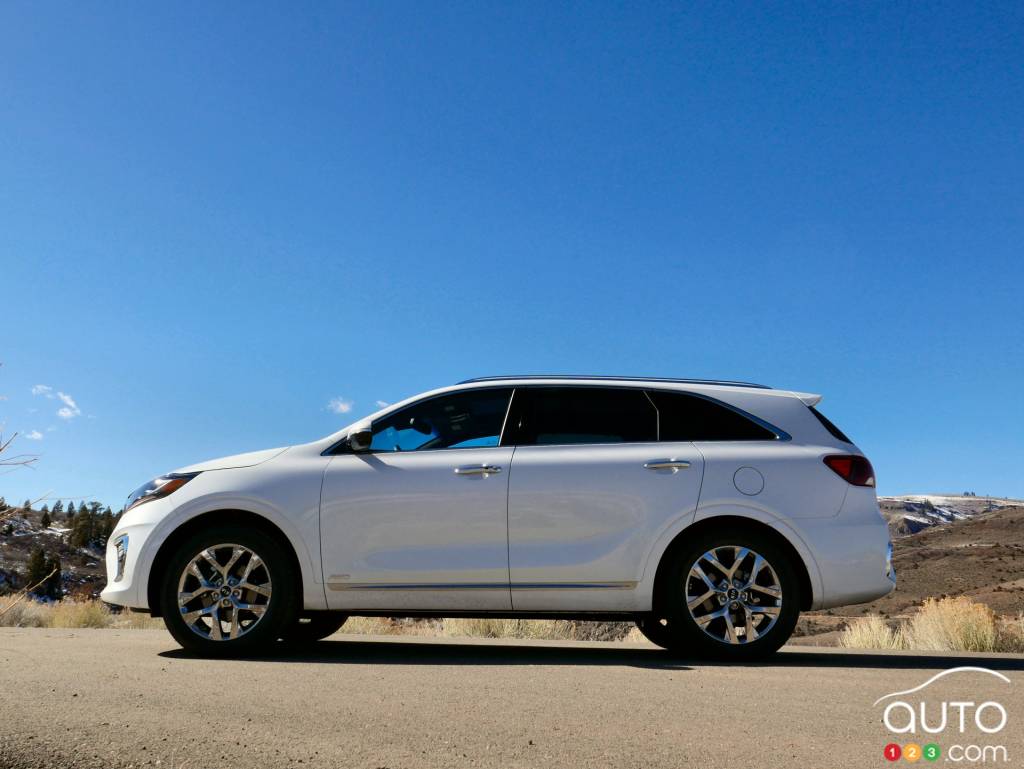 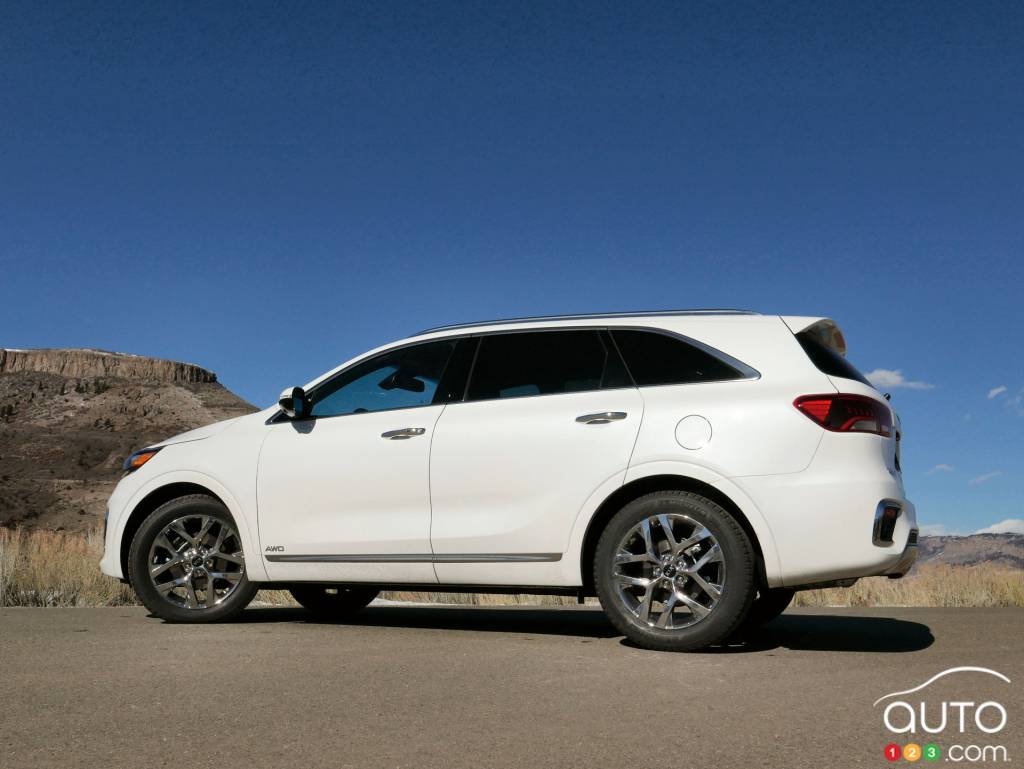 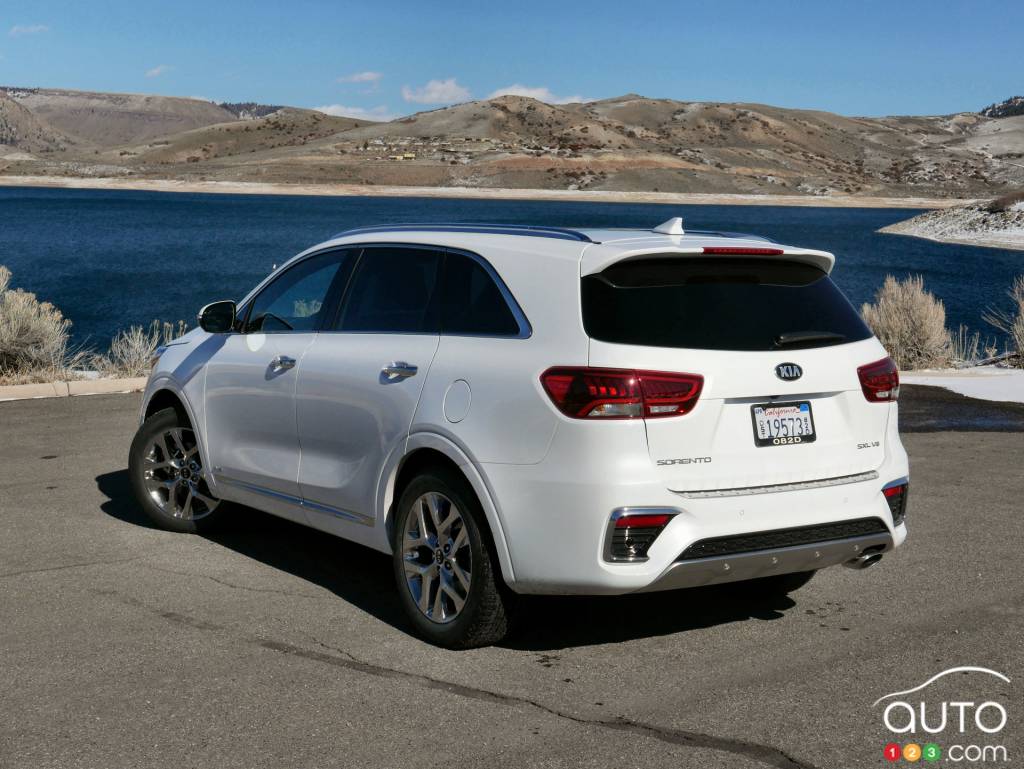 The 2019 Sorento is a spacious compact SUV that definitely offers more than do the others in its class. Given the generous list of standard equipment it come...