The City of Montreal took possession this week of the first of 100 new 2018 Nissan LEAFs it had ordered for its fleet of municipal vehicles. The rest will be delivered over the coming weeks.

Montreal and the LEAF, a longstanding relationship

The City of Montreal acquired its very first electric vehicle in 1999, and as soon as the LEAF made its debut in Canada, it found a home within Montreal’s fleet of municipal vehicles. Today, of the 129 all-electric cars currently in the fleet, 107 are first-generation Nissan LEAFs.

“One of the most important means of combating greenhouse gas emissions includes the electrification of part of the vehicle fleet, and we take this top priority very seriously. For example, the City of Montreal owned 18 fully electric vehicles in 2015, it currently owns 129 and it will own close to 230 by the end of the year. The addition of 100 new Nissan LEAF fully-electric vehicles into our fleet is very good news.” 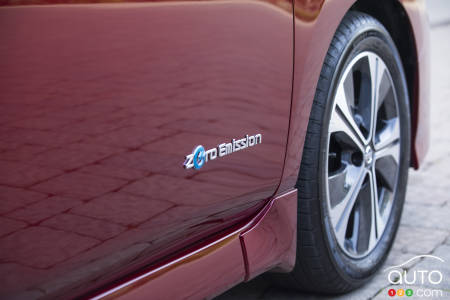 The new 2018 Nissan LEAF has been entirely redesigned, and now offers users a range of 242 km, an improvement of 40% over the previous generation. It also incorporates several cutting-edge new technologies such as e-Pedal and the Pro-Pilot drive assist system.

To date, over 310,000 units of the LEAF have sold worldwide, and the new edition seems set to please large number of consumers as well: it was chosen 2018 World Green Car of the Year by the World Car Awards. Here is our review of the new 2018 Nissan LEAF. 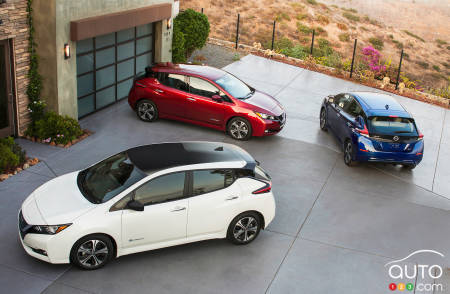