Yountville, California—The Nissan LEAF, arguably the first mainstream electric vehicle of the 21st century, is all-new for 2018, sporting less eccentric looks than its predecessor while using a more powerful motor and offering better EV range. New driver-assist technologies have been added, too, including a unique e-Pedal system that will change the way you drive.

The EV game is all about numbers, so to better understand Nissan’s strategy one must consider five key metrics, starting with 41. That’s the distance in kilometres the average Canadian driver travels on a daily basis, according to Statistics Canada. 41 km. That’s it.

Consequently, Nissan developed the new LEAF with 241 km of range on a full charge. Determined by the EPA south of the border, this number represents a significant improvement over the outgoing model’s 172 km.

When you do the math, you realize that a typical commuter could make pretty much six two-way trips from home to work in a 2018 Nissan LEAF before needing to plug it in. Still have range anxiety now?

A more enthusiastic performer
The LEAF’s new powertrain not only results in better range, but also livelier performance. Consider these other numbers: 40 and 110. The former refers to the fifth-generation lithium-ion battery’s capacity, which is rated at 40 kWh, while the latter indicates the output in kilowatts generated by the electric motor, equal to 147 hp. For comparison’s sake, the old LEAF had a 30kWh battery and an 80kW (107hp) motor. You can bet acceleration is now quicker, with roughly eight seconds required to reach 100 km/h from a standstill versus 10 seconds previously!

All of the above serves to paint a clearer picture of where the 2018 Nissan LEAF fits in a market segment that will expand quickly and substantially based on recent announcements by EV manufacturers. Right now, it is positioned between the Hyundai IONIQ Electric and Chevrolet Bolt EV. The Korean rival is cheaper at $31,999, but its range is limited to 200 km. Meanwhile, our reigning Green Car of the Year costs a lot more ($43,095), yet it boasts a more potent engine (150 kW) and allows a range of 383 km. Nissan thus claims the new LEAF represents a best-of-both-worlds solution.

Styled to please more down-to-earth folks
Of course, performance is only part of the equation. When it comes to styling, Nissan listened to customers and eliminated that polarizing Saurian-like nose flanked by a pair of bulging eyes. The Star Wars-inspired dashboard is gone, as well. The new Nissan LEAF sports a more elegant and mature look, a sign that EVs no longer have to be different to draw interest and gain acceptance.

The drive can be just as pleasant as an ordinary car, too. This observation is supported by the finely tuned and beautifully heavy electro-mechanical steering, plus a suspension system that delivers a smooth ride without it feeling too soft.

Since the 2018 Nissan LEAF is essentially the same size as the old one, interior space hasn’t changed. The front quarters are roomy, while the rear bench seat is more ideally suited to a couple of children, especially if long-legged adults sit up front. Again, the steering column offers tilt adjustment, but nothing in terms of depth. SV and SL models now feature a 7” touchscreen with Apple CarPlay and Android Auto compatibility as standard, though base S models make do with a less sophisticated 5” display. As for cargo, the aforementioned rear seat doesn’t fold completely flat like the IONIQ’s and you can’t fit as much stuff in the LEAF as in a Bolt EV (849 L versus 1,602 L), but the trunk’s opening was smartly designed making it easy to load big and cumbersome items.

Those familiar with the LEAF will also notice that the charge port now resides higher and is more upright, facilitating the plug-in process.

The e-Pedal revolution
It’s time to talk about three other innovations of the 2018 Nissan LEAF. The first and the most important is the e-Pedal system, which lets you accelerate, brake and even immobilize the car using only one pedal.

As soon as you ease off the gas pedal, regenerative braking kicks in. And when you completely remove your foot from the throttle, the LEAF slows down to a stop and remains stable, even on a hill, until you apply pressure again. The e-Pedal is so effective and user-friendly that Nissan claims you could rely on it 90% of the time. In fact, our test drive confirmed it. This system is fortunately not as aggressive as the BMW i3’s and it’s also a lot more intuitive than similar setups in the IONIQ and Bolt EV.

The 2018 Nissan LEAF introduces a technology called ProPILOT, available on SV and SL trims. It allows you to follow the car ahead at a preset distance or stay centered in your lane without any intervention. However, the markings on the road need to be clear for the cameras to detect them and the system to work properly. Also, you can’t totally let go of the steering wheel. Nissan says that ProPILOT reduces stress and makes driving easier and more pleasant, but based on our experience this is an overstatement.

There’s one more upgrade you should feel happier about: a portable charge cable with 120V and 240V options that comes standard with the new LEAF. It’s easy to use, plus you no longer need to install a dedicated charging station at home, just a 240V power outlet similar to the one you plug your oven or dryer into.

A very good commuter, indeed
Until we get a LEAF with a 60kWh battery, which should come in about a year or two to seriously challenge the Chevy Bolt EV, this new 2018 model remains closer to Hyundai’s IONIQ.
Both work great as a household’s second car for running errands, driving the kids to their boy-scout meetings, visiting grandma and so on. This makes the LEAF a natural substitute for the gasoline-powered Nissan Versa Note, which is somewhat the same size.

Given the range, the 2018 Nissan LEAF won’t be your first choice for long trips, say the 256km trek from Montreal to Quebec City. It’s still possible, but you’d have to be not in a rush and prepared to make one or two stops along the way to charge the battery. Using a DC fast-charge station (400V), 30 minutes would give you 142 km of range and 40 minutes would increase it to 169. Finding such a station that’s not being utilized by someone else precisely when you need it could pose a problem, however. Further evidence that the new LEAF is an EV primarily designed for the urban life. 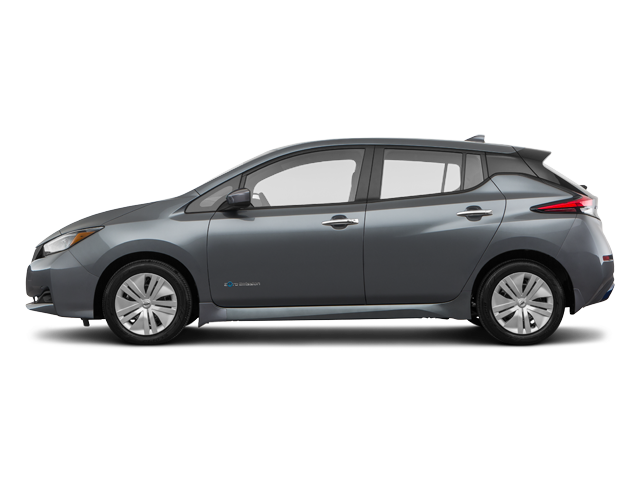 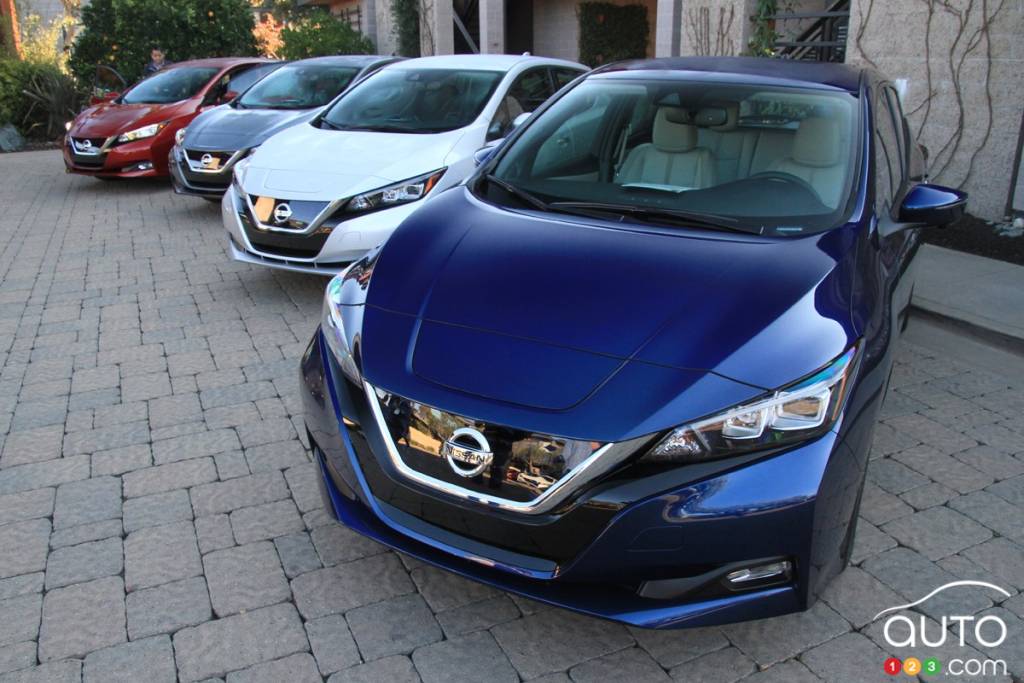 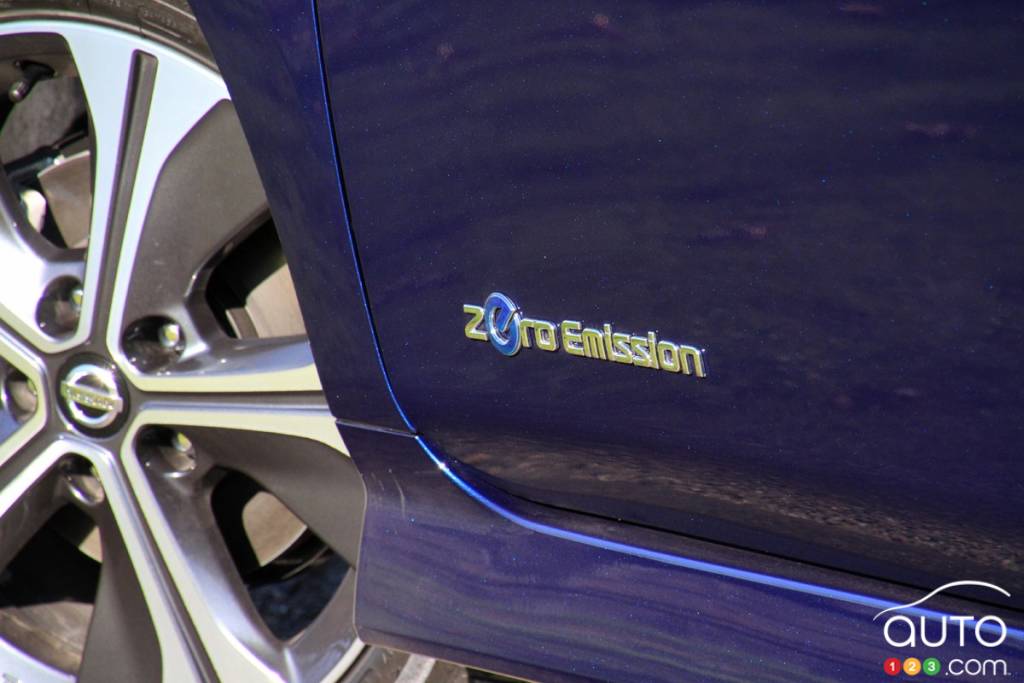 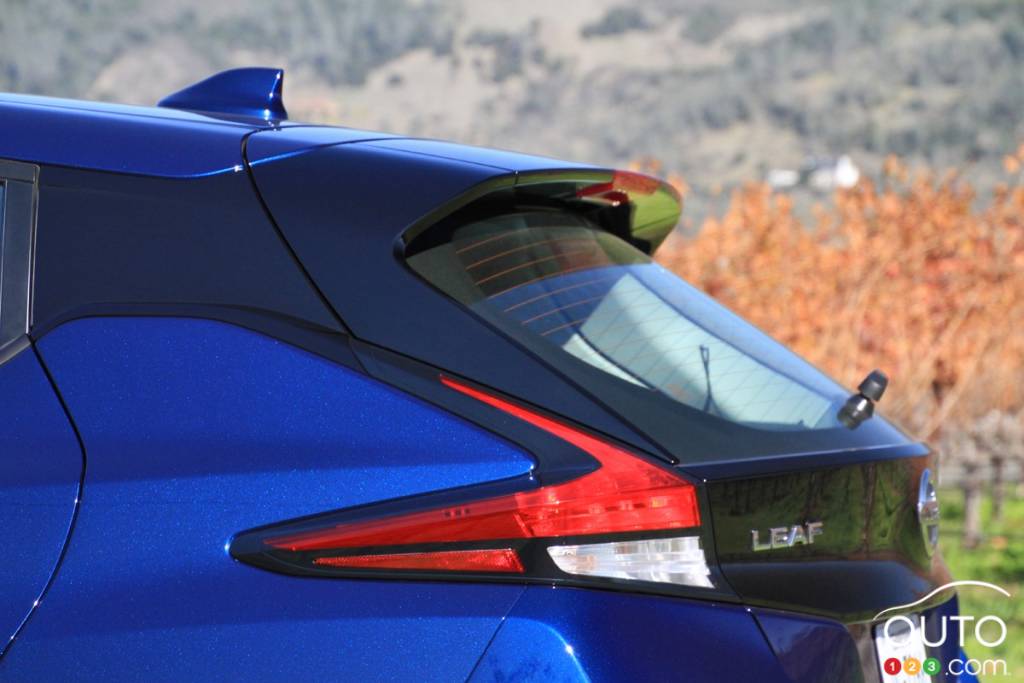 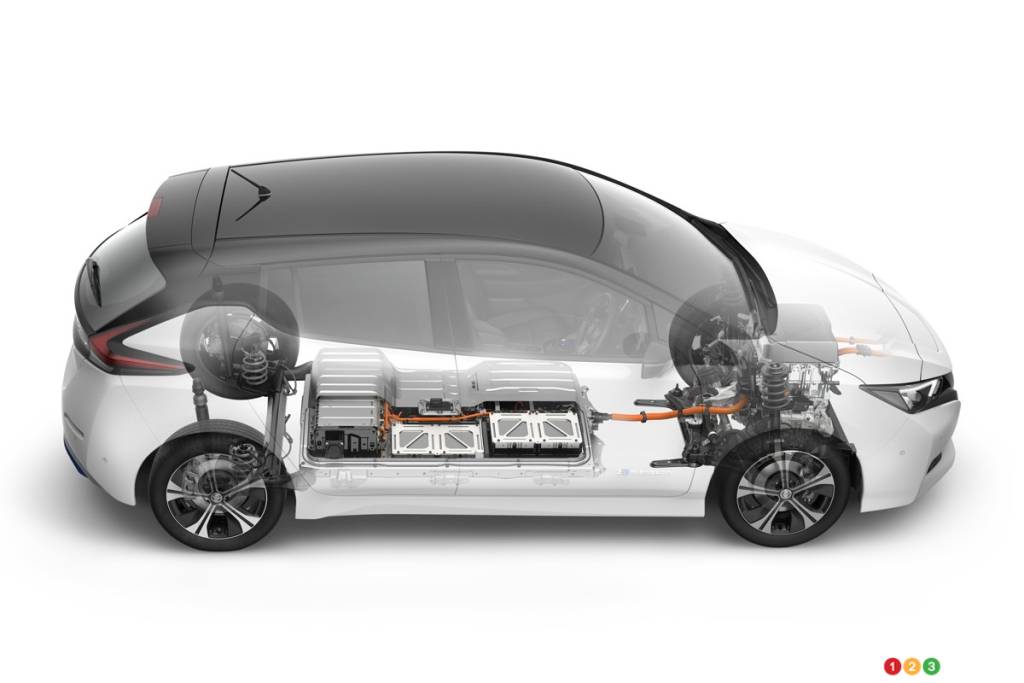