April and May of this year saw gasoline prices jump significantly in all regions of Canada, to the consternation and anger of many. As happens every time we see a major hike in prices at the pump, those months were also marked by an increasing interest in electric cars.

A look at car sales data in the month of May and those since the beginning of the year shows how fed up motorists have become.

In looking at this data, what matters here is not to identify the hottest vehicular flavour of the month, nor the best-performing model on the market. The aim is to take stock, via statistics, of the strong trend in favour of electric mobility.

We should start with the Nissan LEAF, which has been entirely redesigned this year. In the month of May, sales for the model totaled 906 units, for a total of 1,916 since the beginning of 2018. The increase in relation to 2017 is spectacular, though to be fair the new edition is competing there with an old model at the end of its lifespan, interest for which was clearly on the wane.

What’s really noteworthy, however, is that its 2018-to-date sales have already eclipsed its previous annual record, of 1,375 units, set in 2016. And we’re only tallying until the end of May. 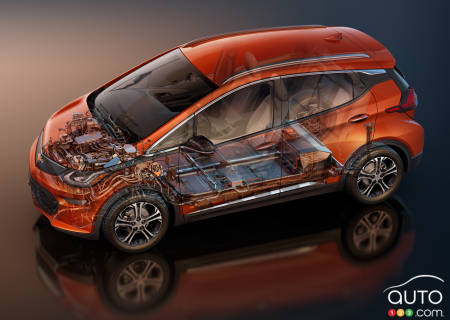 Over at Toyota, the automaker has recorded a 35% increase, both in May and year-to-date, for its hybrid Prius model.

And Tesla? The Model S, not exactly a budget-priced car, saw its sales jump by 2% since the start of 2018. May sales were roughly equal to what the company sold in the same month in 2017.

Even BMW has been selling models by its i division at a higher-than-expected rate it never quite expected.

The trend is undeniable and across the board. The question then is, will sales wane when gasoline prices start to go down again? Perhaps, but it’s worth remembering that electric cars generally create a positive first impression when motorists finally do experience. To know them is to love them, if you will!

So if high gas prices drive consumers into the arms of electric cars, they may just stick with them when the gas price fever breaks. 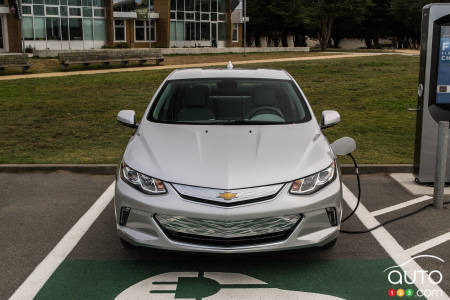 Our top 10 list of the best, most intriguing and most anticipated hybrid-plug in and electric vehicle models on the Canadian market includes a Bolt, e-Golf, ...