Volkswagen has well into its well-publicized transformation to a producer of electric vehicles, and the results will really start to make their presence felt in the next decade. The first ID.-badged all-electric model from the brand, the ID.3 is already in production for the European market, while in North America our baptism will likely be the ID.4 electric SUV.

While the company has already raked in over 30,000 orders for the ID.3, it also celebrated last week, the delivery of the 100,000th e-Golf, the second electric vehicle to be offered by VW after the e-up!. Launched in 2014, the e-Golf has been successful in all corners of the globe and certainly helped pave the way for the ID division that was to come.

At the outset, the model was produced at the company’s Wolfsburg facility, but demand was such that the company started to produce it as well at its Gläserne Manufaktur plant in Dresden – which allowed for attaining the impressive hundred-grand milestone. That Dresden plant, by the way, is devoted entirely to the production of electric vehicles. And in a sign of the progression made in the domain in recent years, Volkswagen says that the cost of production of the new ID.3 is 40% less than that of the e-Golf.

As the technology develops, costs come down. 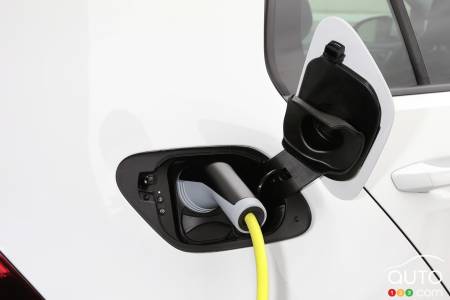 This year to date the company has delivered 28,000 units of the e-Golf – already more than the 24,800 sold in all of 2018. That Europe is its most successful market is down in part to the fact that the model’s 200-km range is sufficient for many motorists due to the short distances between urban centres there, and the generally shorter daily commutes.

Without a doubt, the e-Golf did a very nice job setting the table for Volkswagen future in electric mobility. As we enter the ID-model, this celebration is an apt opportunity to recognize how the electric version of the little Golf marked the company’s history. 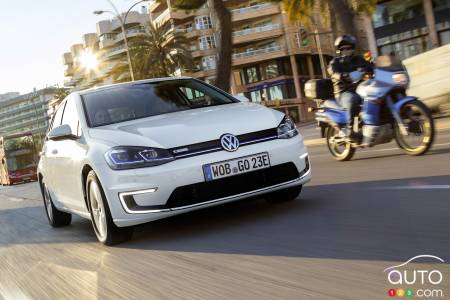 In September, for the first time ever, registrations of electric-powered vehicles outnumbered those of diesel-engine models in Europe. Just 10 years ago, the...