The Chevrolet Corvette was introduced in 1953, but it wasn't until 1962 that the second generation was introduced making its debut for the 1963 model-year.

Steve Stone, a young resident of Cedar Rapids, Iowa, was looking forward to a very big moment: he was going to buy a ’63 Corvette for his 18th birthday. And he wasn't planning to just admire it sitting in his driveway. He made use of it. A lot of use. In fact, Steve Stone still owns the car almost 60 years later, and the odometer on it is approaching 1 million km.

Yes, you read that right.

Then came the Vietnam War, which could have put an end to this beautiful relationship.

Explains Steve Stone, “I was drafted into the U.S. Army in May 1965. I, like most of our generation, put our rides up for sale since most of us were being sent to 'Nam. I was very, very fortunate not to be sent there, and my 'Vette did not sell, so I kept it.” 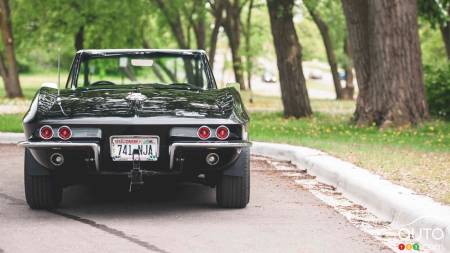 Over the next five decades, Steve worked two jobs, raised four sons, went through a divorce, even got married a second time, to his current wife of 32 years. During that time, he held on to his Corvette and he kept on driving it. " My 'Vette is the only one I have ever owned, and it is the only one that I ever wanted. Current mileage is 584,000 miles.” That works out to 939,000 km.

In the summer of 2007, Steve Stone and his wife took a 10,000-km trip to the West Coast of the U.S. in the Corvette. The following year, they drove nearly 11,000 km to Labrador, Canada. Then, a few years later... we'll let him tell the rest: "We turned the half-million mile mark on October 1, 2012. We have done many other things with it: parades, drag racing, autocross, Corvette concourse shows, Bloomington Gold (twice), Corvettes at Carlisle, and eight laps on the Indy 500 track.”

He went on to list a dozen different states in which the C2 Corvette has been displayed, from Utah to Washington State to Wisconsin. He’s been to Saskatchewan with it as well. 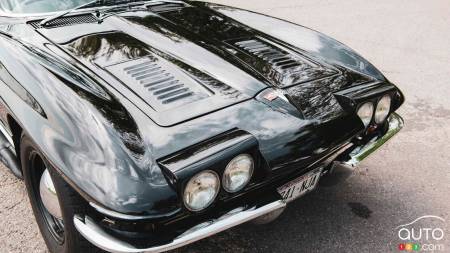 So what's next? Well, in the near-future, there’s that 1 million km mark, a milestone that should be reached this summer.

See also: We Look at Car and Driver’s G.O.A.T. (Greatest of All Time) List: The 1963 Chevrolet Corvette Sting Ray 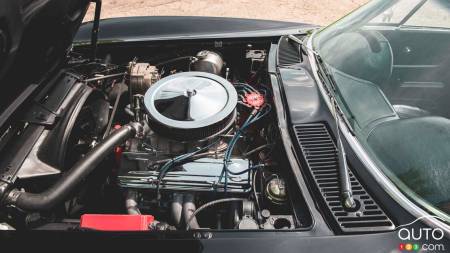 Another Corvette C8 Falls off Lift, Is Destroyed

Another Chevrolet Corvette has fallen off a service bay lift and been wrecked in the process. We reported on an identical story last year, proving that there...

A Different Vetting Process: Joe Biden shows off his ‘67 ...

American presidential candidate Joe Biden posted a Twitter video that stars the former VP alongside his beloved green 1967 Chevy Corvette. Above and beyond t...