The much-talked-about new C8 has been on our roads for a few months now, but our first contact with the most stylish of the Chevrolets was delayed by that little thing called the pandemic. Inventories of one of the most popular cars of the last year were limited and Chevrolet had to prioritize its customers. Tough luck for us.

My first contact with the new Corvette Stingray finally took place a few ago, as summer 2021 mad its last glorious stand. Couldn’t be more prefect for a spin in a convertible. The new and transformed edition of the quintessential American sports car awaited me on the lot at the GM West Island dealership in Montreal, parked right by a couple of 2022 Bolt EVs. As if the carmaker wanted to negate the environmental impact of this test drive of a good old V8-powered car. More likely, these were probably unfortunate Bolts affected by the global recall of the model.

Anyway, Chevrolet gave me four days to find out what the eighth Corvette in its history is made of. Needless to say, my expectations were high, although I was a little apprehensive. In particular, I was wondering if the C8 has what it takes to make me forget about the remarkable previous front-engine version. After all, while its front-engine architecture is less “exotic” than its successor’s central-engine format, the C7 Corvette is definitely one of the most accomplished sports cars of the 2010s.

Exotic looks
Chevrolet engineers had been saying for a while that in their view, the previous platform had attained its fullest potential. Now, with the mechanics positioned behind the occupants, the C8's weight balance is improved, and that can only improve handling.

The drastic change obviously greatly modifies the car's silhouette, but its designers still managed to keep a few familiar features, like the bumper, for example, where the pointed headlights blend in quite well with the sharpened nose. The front fascia is very aggressive, especially with that little spoiler underneath the car, courtesy of the optional Z51 package. And while we're on the subject of spoilers, the car was also equipped with one at the very back, a detail that adds to its already considerable showiness on the road. Anonymous, you ain’t in the C8.

Chevrolet Canada provided us with a convertible, which is a game changer when it comes to side windows. It's up to you to decide which version you prefer, but personally, I'm not a big fan of those black panels behind the windows. I also find the rear portion hard to love, with its sharp parking lights and the exhaust pipes lodged in the corners. Personal taste, I guess.

On the other hand, the Accelerated Yellow colour scheme combined with the black wheels is a great combination, especially for the new, younger demographic Chevrolet is going after.

Inside
The scent of the cabin took me back in time to previous generations, at least as far as the C6 and C7 that I've tried over the years. But beyond that, other than the shape of the GT2 seats, very few details are reminiscent of the last Corvette Grand Sport I put to the test, back in 2017. The flattened steering wheel, the shape of the dashboard and, most importantly, that rather pronounced separation that isolates the passenger – all these are elements that unusual in a Corvette.

At the top of the central console are all the climate controls, some of which are harder to reach than others. We'll see if this unique dashboard feature stays in place in a few years.

On the other hand, the gearbox buttons are within easy reach, as are a trio of essential buttons (traction control, front lift system and front camera) and a dial that allows you to select the desired drive mode. No coimplaints about the steering wheel either, which is very pleasant to hold with its suede cover. Despite its particular shape, it has no negative effect on the pleasure I felt driving the car.

Finally, the steeply angled touchscreen is also easy to read, though when driving a Corvette, you don't really care what’s displayed on it to be honest.

Worthy of the name?
As soon as you press the start button, you quickly recognize the typical sound of the 6.2L naturally-aspirated V8 roaring without restraint. The engine develops 495 hp and 470 lb-ft of torque, which is a pretty decent figure for a car that starts at just over $70,000... in coupe form!

With four basic drive modes (Tour, Weather, Sport and Track) and two customizable ones (My Mode and Z), Corvette drivers are spoiled for choice when it comes to having their porridge just right, whatever their mood. Unsurprisingly, the Sport and Track modes were the most used during my time with ‘Vette, but I also took time to mess with the settings of the other two. Given the ruggedness of many Canadian roads, a softer suspension setting is recommended, but otherwise, the Corvette expresses itself better when its powertrain is optimized by the magic of electronics.

The transmission is very quick and efficient when shifting gears, in fact its quickness is in contrast to the old automatic unit, which was a bit smoother in this regard. But if Chevrolet wants to attract new customers, it has to take risks. We'll see in a few years if this strategy is the right one.

It's hard to criticize much about this Corvette’s performance on the road, especially because the weight is so well distributed, but also because the Michelin tires stick to the road. However, I did learn that the rear axle can skid quite easily when the traction control is deactivated... on a wet road.

It's also true that a manual transmission would have made a difference, but these days, the three-pedal transmission is dying out, even in a classic like the Corvette. Fortunately, you can have a lot of fun playing with the paddle shifters behind the wheel.

The last word
It's important to take a step back from the fun and games of driving this car if you want to properly appraise it. The 2021 Corvette Stingray was a necessary step in the history of the model; as mentioned, its engineers had been looking to drop the engine mid-car for a very long time. And so far, Chevrolet’s gamble, if it even was one, is paying off big time, with sales starting strong and continuing to climb. And the good news for the manufacturer is that other variants will be added very soon, a strategy that can only widen the audience of one of the world’s most iconic cars.

Still, I can't help but think about how incredibly the previous Corvette handled, and even though the new one is better in many ways, my heart still goes out to the “old” Corvette, the one that requires the driver to move a lever to change gears. 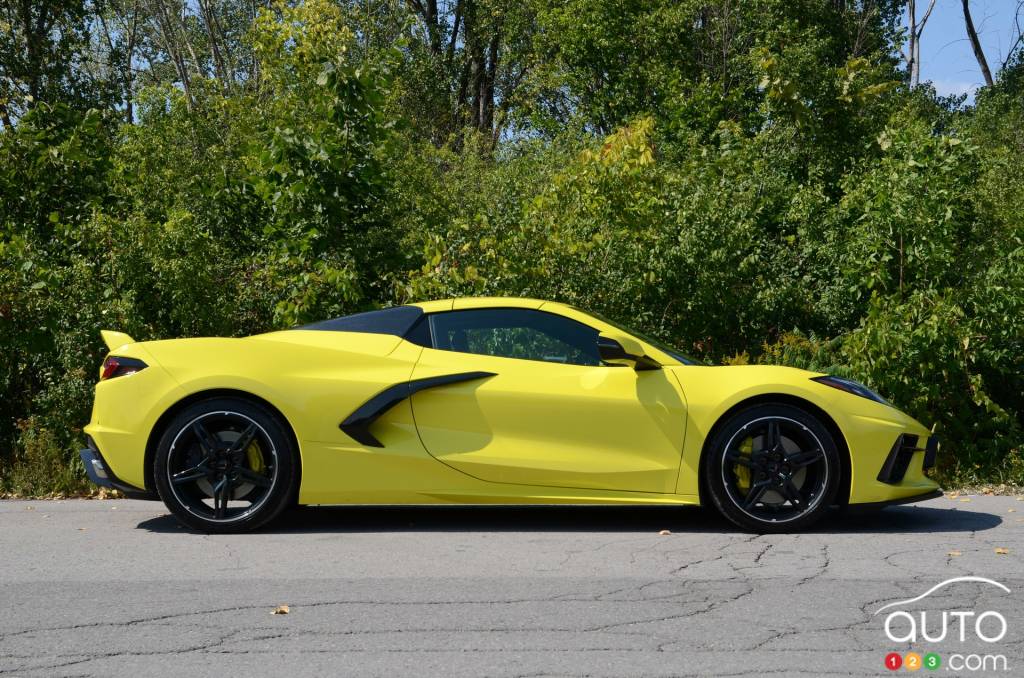 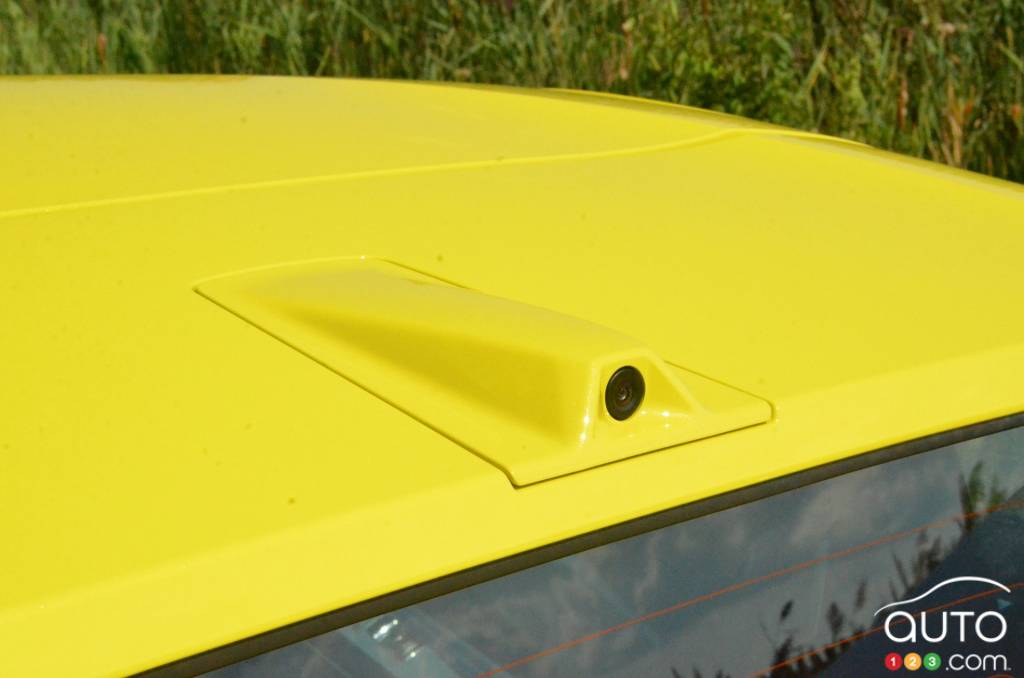 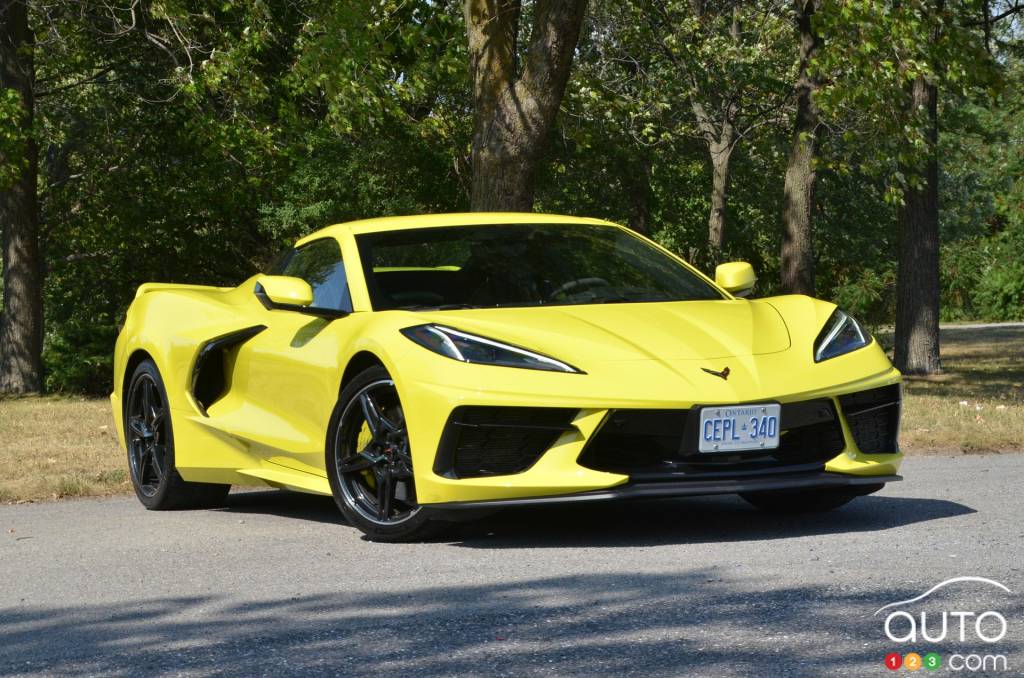 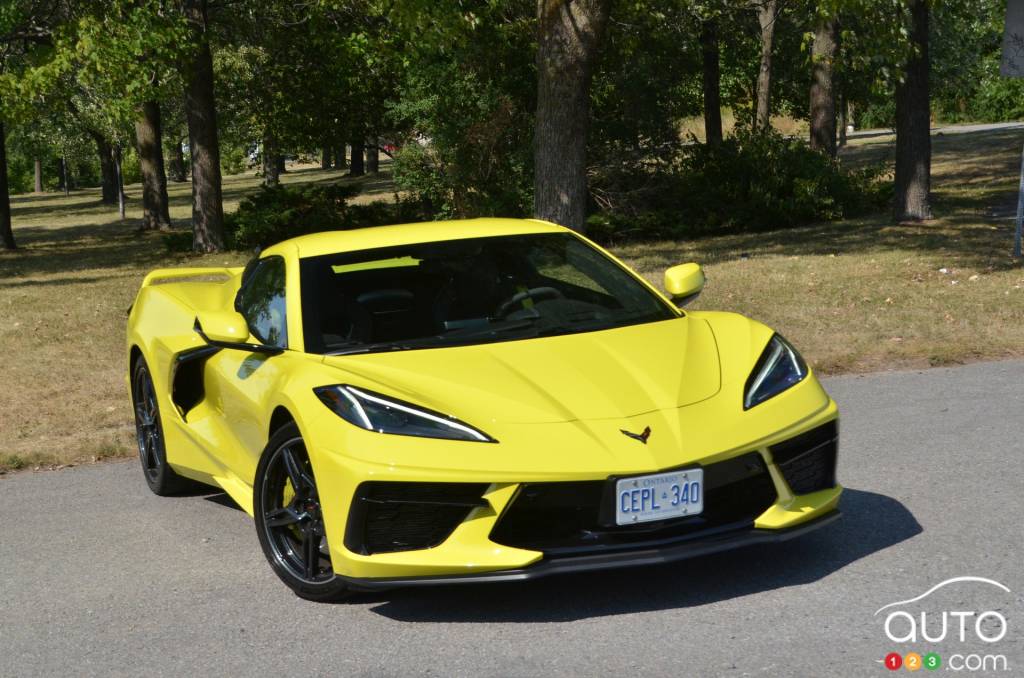 This Is the Sound of the 2023 Chevrolet Corvette Z06

Chevrolet lets us hear the sound of the upcoming Z06 version of its Corvette. The sports car will be unveiled this fall and will debut in 2022 as a 2023 model.