Let's leave aside, for a moment, all the news about coronavirus in order to share with you a happy story, that of a man who found his father's 1967 Volkswagen Type 3 and decided to restore it as a gift to him.

The man in question is Lynn Pfenning. At some point in his youth, his father bought a 1967 Volkswagen Type 3 for $2,200. The reason for buying that car? Lynn Pfenning’s father had damaged his 1965 Volkswagen Beetle in a collision with... a cow!

The Volkswagen Type 3 served the family in North Dakota for eight years, at which point it was sold to a local farmer, who eventually gave it to his son - a friend of Lynn Pfenning. After further use, Type 3 was put out to pasture (actually, it was left in a barn). While time slowly ravaged the car, Lynn Pfenning pursued his education, eventually finding himself employed in the automotive industry for 20 years. In all those years, however, Lynn never forgot his father's car.

Driven by the memory of that VW, Lynn Pfenning decided to find his father's car, with a plan to buy it and then restore it to its former glory. And at that, he succeeded, 38 years after the car had left the family. He asked his childhood friend who had inherited the car if it was for sale; a deal was struck. 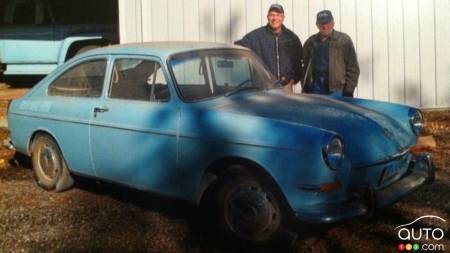 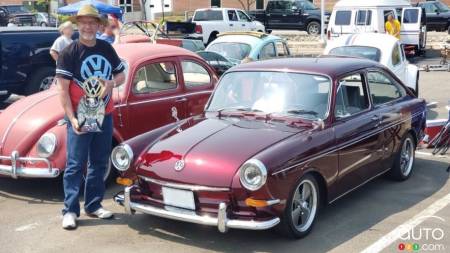 Ahead lay four long years of restoration work. The car was in terrible shape, having been used, among other tasks, to herd cattle on its owner’s family farm. Both doors and the front end had been damaged in collisions with cattle, and body filler had been used to hide the dents.

In addition, the engine needed a complete rebuild; it had been heavily damaged by a fire caused by a mouse's nest in the engine compartment. During the restoration process, Lynn Pfenning took the opportunity to increase the displacement of the base engine from 1600 cc to 1776 cc. He also added a custom tweed interior and repainted the car Candy Brandywine instead of the original Brunswick Blue.

The restoration was completed in July 2018, after an outlay of some $40,000. That's a lot to spend on restoring a car, but the payoff was handsome when he finally presented the car to his father. "Sharing this experience with him made every dollar spent worthwhile," said Pfenning.

To place the Type 3 in context, the vehicle was Volkswagen's third air-cooled model after the Beetle (Type 1) and the Microbus (Type 2). It had a "Fastback" body style, but it was also sold as a wagon, known as a "Squareback". It was also available as a coupe, called the "Notchback". 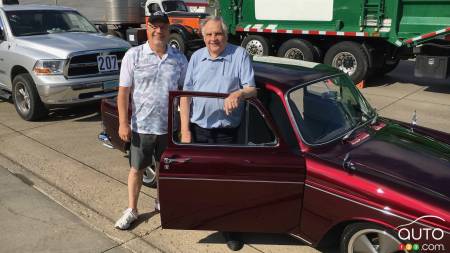