News
Then the 2012 Fiat 500 Abarth’s kill ratio would be very low. Certainly, its arsenal of weapons tells a different story, but in the game of life, the Abarth leaves behind doubts and questions as to why it even exists.

The 2012 Fiat 500 Abarth is a fun car destined for those desiring thrills in a very compact format. Although the car’s heart is in the right place, the pint-size cabin poses far too great a compromise unless the owner is single or likely enjoys short partners.

Despite looking like it might lunge for the jugular, the $23,995 2012 Fiat 500 Abarth is still too cute to be taken seriously, unless Abarth means something to you and those you are trying to impress.

What is an Abarth?
Abarth (pronounced any way you please) is a race shop that was founded in 1949 by racer Carlo Abarth in Turin, Italy. Much like AMG and other highly specialized tuner shops, Abarth was eventually absorbed by the company that produced the products they enjoyed tinkering with.

Their speciality was making their cars go faster and win races. Their success engendered a slew of production cars of which the 2012 Fiat 500 Abarth is the first to reach our shores as a production car.

Stand-out design is dated
The Abarth is meant to be the bulldog version of the unseasonably cute Fiat 500. To many, the car’s uber-Euro styling is still new and intriguing, however, the fact is that the 500 is nearing 7-model-years-old and its wrinkles are beginning to show.

In Abarth trim, the Fiat 500 gains oversize, dual chrome exhaust tips, a tasteful skirt-kit, and choice optional 17” forged hyper black alloy wheels. Altogether, they endow the 2012 Fiat 500 with much needed ‘tude, but the bottom line remains: A nun with a tattoo is still a nun.

1 ¾ + 1 ½ interior
The 2012 Fiat 500 Abarth’s cabin is tight, not especially well laid out and swathed in cheapish, hard plastics. The styling is fair, but not quirky enough like a smart fortwo or semi-conventional like the Honda Fit.

The largest fault, or fail, in the 500’s passenger quarters are the seats. Although the driver’s is height adjustable, it is flat and provides little support. The latter two comments apply to the passenger’s, however, it is not height-modifiable. My 5’6” wife’s hair (poofed up, but not a la Snooki) would rub against the headliner. The backseat is very unyielding.

The second-worse aspect is the steering wheel. I love the flat bottom, but the spokes are far too wide for proper grip, much like the Ford Mustang Boss, and the column does not telescope. In order to find a better driving position, I had to pull my seat close to the wheel. In this situation, leg- and hip-room are next to nil. As I Tweeted, my gentleman bits were very relieved to see the 2012 Fiat 500 Abarth go.

Other niggles include the OBD-II plug which is easily accessible and visible (draw your own conclusions). I’ve not seen this in nearly 15 years of criticising cars. As well, the equally visible foam by the footwell harkens to a time when a finished product meant that there were fewer than a dozen pieces left over at the end of the build...

Maximum boost is an impressive 18 psi (1.24-bar) which is well in play up to the motor’s 6,500 rpm redline. The 5-speed manual gearbox is loads of fun to fiddle with, especially with the well-spaced pedals that enable heel-and-toeing.

The point here is that this diminutive powertrain makes the Abarth a serious sub-compact performance car. At wide-open throttle, and in Sport mode, the lithe car rockets forward with gusto and its roar is satisfying.

Driving technique
The 2012 Fiat 500 Abarth is a seriously quick car, and requires two hands on the wheel at all times. The non-existent overhangs and wheels at each extremity manage the car’s speed with brilliant grip despite the front-biased 64/36 weight distribution.

The Koni-kitted sport suspension and Pirelli P-Zero Nero bite hard on turn-in and never let go. To a certain extent, the tires’ adherence causes the 500 to tramline; corrections are constantly needed at speed. The electric steering is responsive, if a little heavy on occasion. Its principal fault is in the tiny car’s large turning radius. The four-wheel disc brakes perform admirably. 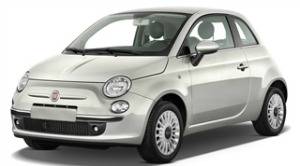 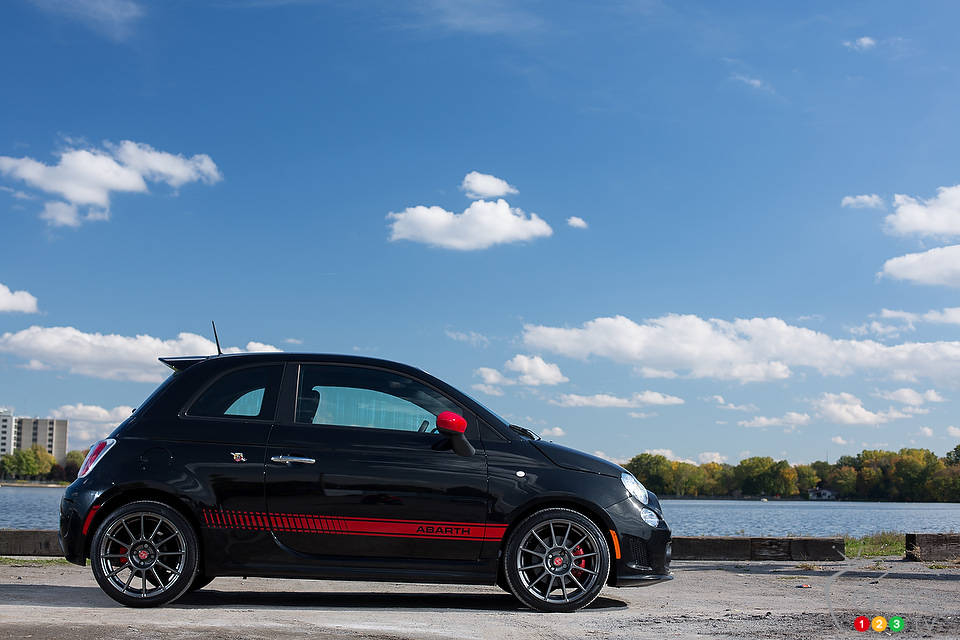 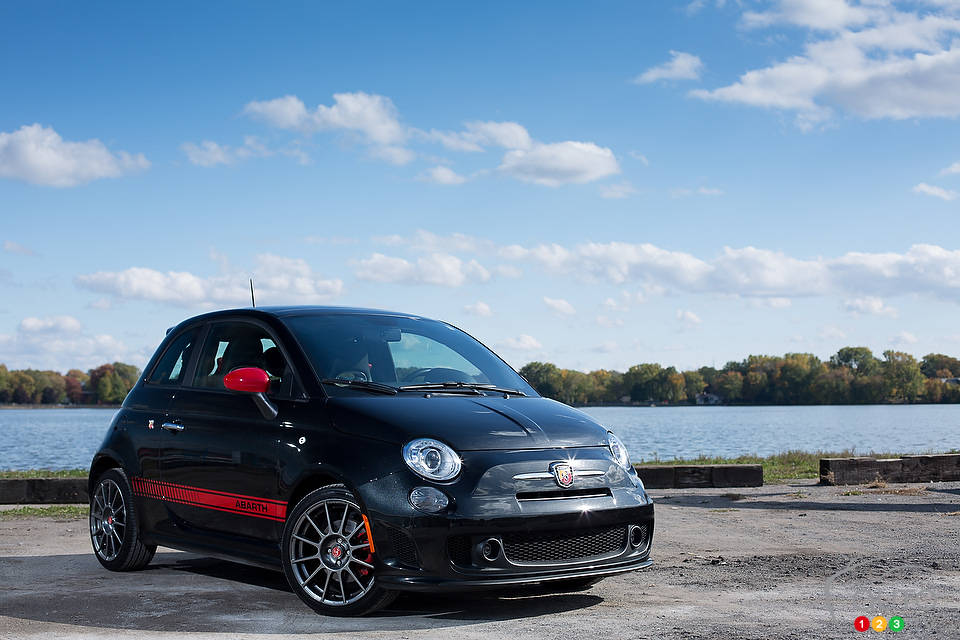 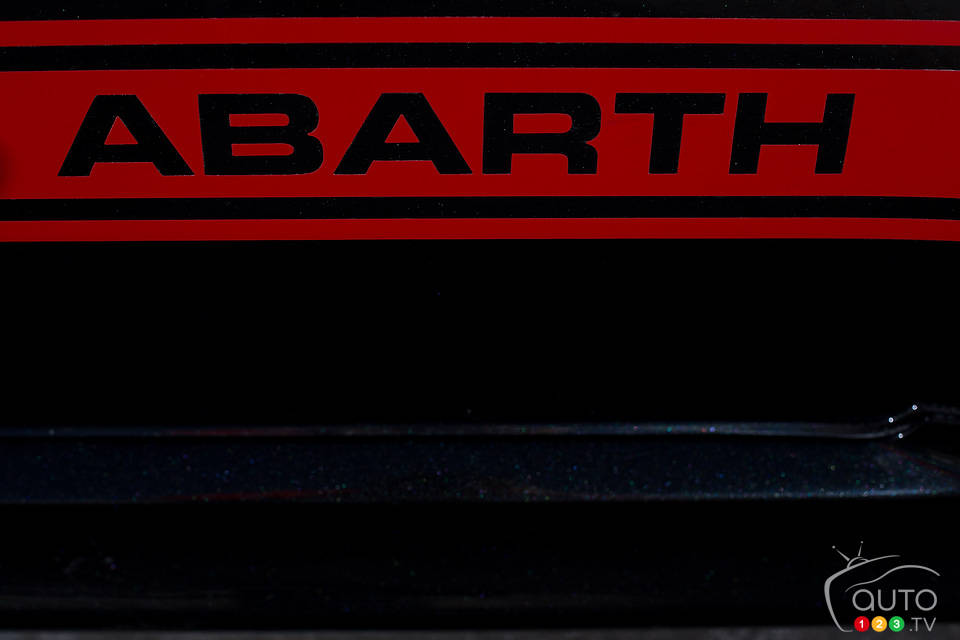 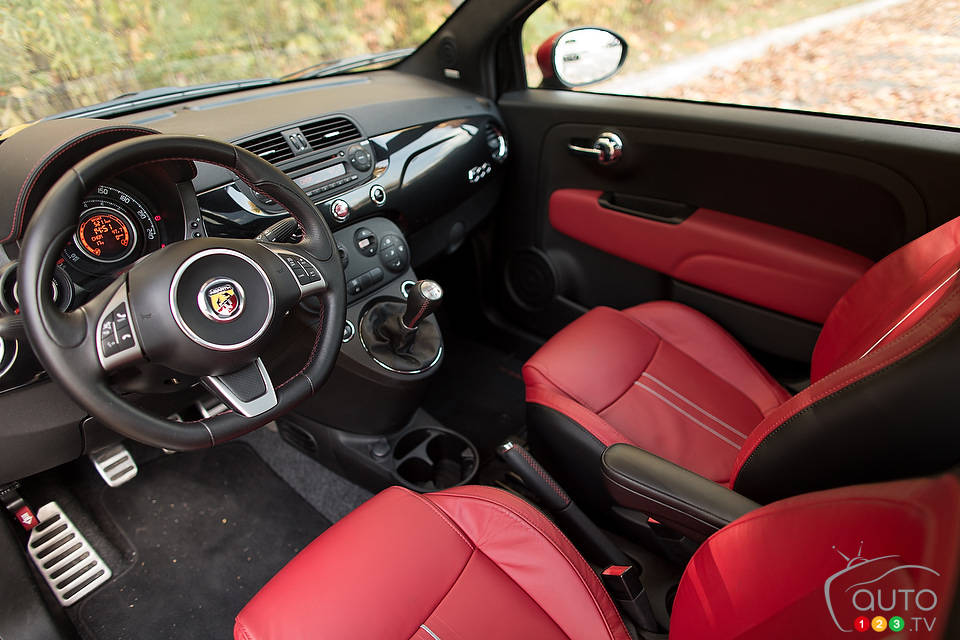 North America has certainly embraced the newborn Fiat 500. But Fiat aficionados and track-loving people of all stripes have been impatiently waiting for the ... 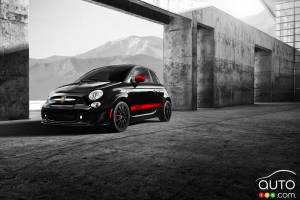 Abarth: it isn’t a name that easily rolls off the tongue unless you grew up in Austria. Yes, FIAT is Italian, but the father of Abarth was born in Austria. Y...

You know that family member who's always the loudest, always the centre of attention, , talking at the top of their lungs to get everyone to listen in? Yeah,...