Watching the evolution of a brand or a specific model is a wonderful thing. Like watching a young child grow, develop, reach milestones and turn into a well-rounded, polite young adult; it's a satisfying thing to witness, especially if the evolution is visible, tangible.

Such an evolution has defintely taken place with the long-standing Honda Civic.

Introduced in 1973, the Honda Civic has always been about innovation, about bringing something new to the table in the automotive industry. Sure, it went through those rebelious teen years (5th generation “Sports Civic” anyone?), but has since taken on a more responsible persona and entered adulthood with gusto.

Enter the 9th generation 2013 Honda Civic: While it may be sporting higher prices across the lineup (starting at $15,440 for the base DX), it's well worth the few extra dollars in my honest opinion.

Maturity matters
Here's the thing: There was never any doubt that the Honda Civic was a reliable, safe, well-built vehicle. After all, it was (once again) the best-selling car model in Canada last year (for the 14th year in a row) – once more outselling the the best-selling car in the world, the Toyota Corolla. You don't achieve that status out of the blue. The Civic is, without a doubt, the go-to car for many a car buyer. First car? Civic. Second car? Civic. New car you know will be reliable and last? Civic.

Over the years, Honda has reinvented the Honda Civic just enough to keep it fresh. From engine upgrades to exterior changes, the introduction of the Si coupe in '96 to achieving AJAC's Car of the Year title with the 8th generation model, the Civic has continued to impress over the years.

And over the years, the Honda Civic has matured nicely into the grown-up it is today.

Wearing its big boy clothes
For 2013, Honda's upgrades to the Civic are pretty much only cosmetic. No changes have been made to the engines available (ranging from the 1.5L 8-valve i-VTEC [for the Hybrid], the 1.8L 16-valve i-VTEC and the 2.4L 16-valve DOHC i-VTEC), but make no mistake about it, this is a brand new Honda Civic.

For starters, the exterior looks fantastic. Having just left the 2013 Honda Accord a few weeks ago, I was fresh on the heels of Honda's new design language and loving it. Subtle Accord features are present on the 2013 Honda Civic, such as the strong chrome lip in the front grille and the lower chrome accent on the front bumper (which is echoed across the rear bumper).

From the front, the 2013 Honda Civic has a mature, smart look about it. No longer like a teen looking for trouble, the Civic has its wits about it and it shows. Subtle creases in the hood give away its sportier side, but overall the Civic looks much more sophisticated.

L-shaped taillights, similar in look to the Accord, adorn the back that sports a subtle, barely there, decklid spoiler on its turned up rear.

Honda used terms like “clean” and “energetic” to describe the 2013 Honda Civic's exterior looks, claiming the look was to bring about a sportier appearance. I don't quite see it that way. I find the new design looks more stable, more capable. Not necessarily sporty. Until I saw their new wheels.

Starting at the 15” mark and going up to 17”, Honda's new wheel designs for the 2013 Honda Civic are all about movement and a dynamic look: and I can't deny that. Very much in line with Kia's wheel design (chrome with black accents), I feel these new wheels will be extremely polarizing for buyers. You'll either love 'em or hate 'em. I love ‘em.

Inside is all grown up too
Again, Honda used the word “youthful” to describe the interior of the 2013 Honda Civic, and yet I feel like its matured more than regressed since they also used the term “premium.” While the interior is not the highest-quality I've ever seen, it is most definitely a step up for the Honda Civic. Soft-touch materials, a driver-centric cockpit with angled centre stack and new black-on-black design ensure the look of the Honda Civic is one of refinement.

Part of that refinement comes in the form of sound dampening, which was upgraded for MY13. Automatically a car feels more luxurious when road noise is taken away. Simply closing the doors on the 2013 Honda Civic reveal its new refined nature -- that satisfying, solid-sounding “thunk” that high-end doors make is definitely present.

Multiple-angle back-up cameras, a system that can answer your text messages for you and heated front seats (apparently, the No. 1 thing Canadian consumers wanted in all models) are all available on the 2013 Honda Civic, along with a host of other tech goodies.

Honda Civic for a new generation of buyer
I know Honda wants the Civic to retain its youthful, young look as that's always attractive. However, I also think they should embrace the fact that their No.1 child is all grown up, mature and ready to take on a whole new market of buyers.
2013 Honda Civic Touring 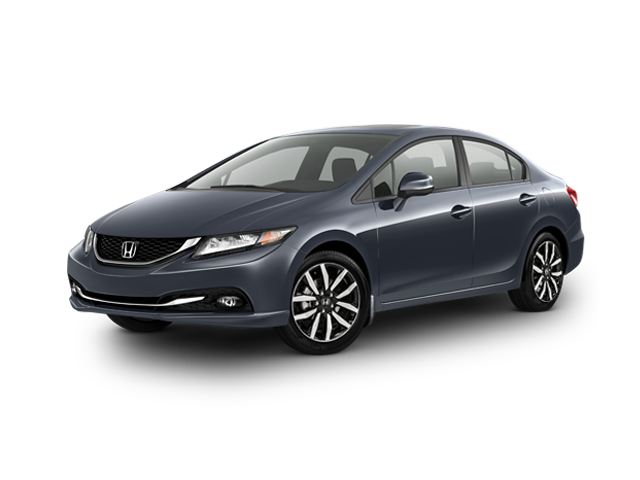 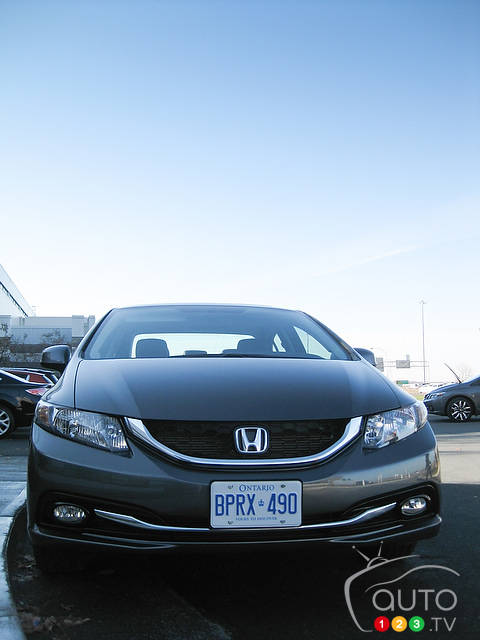 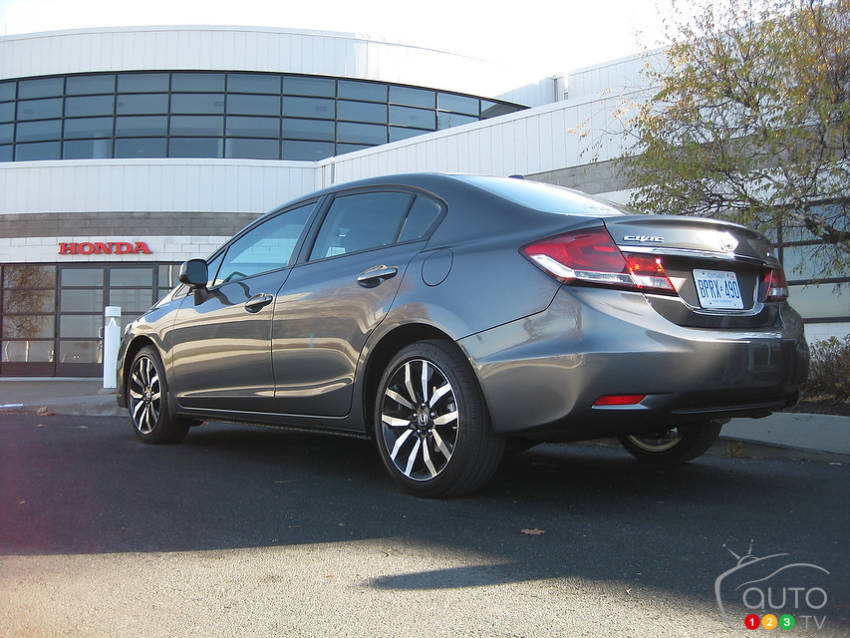 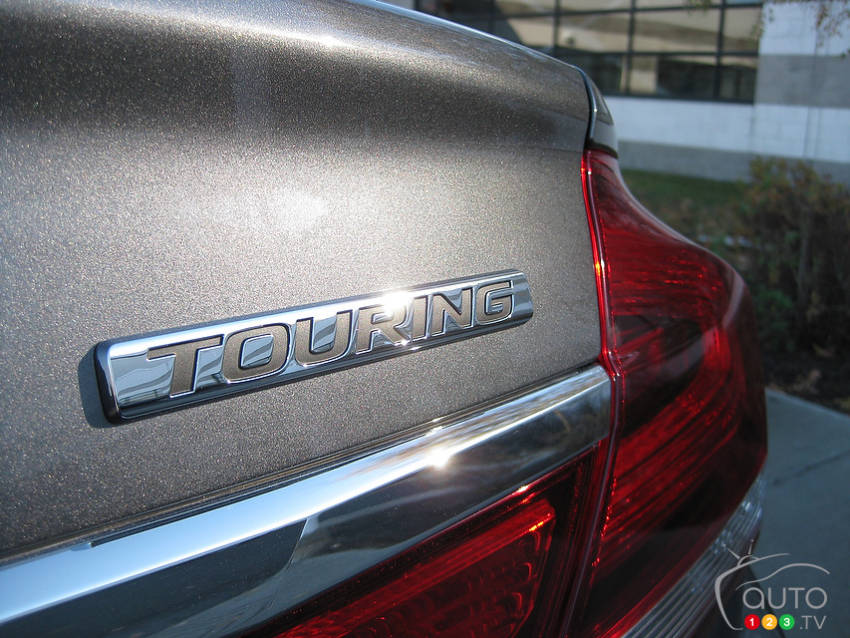 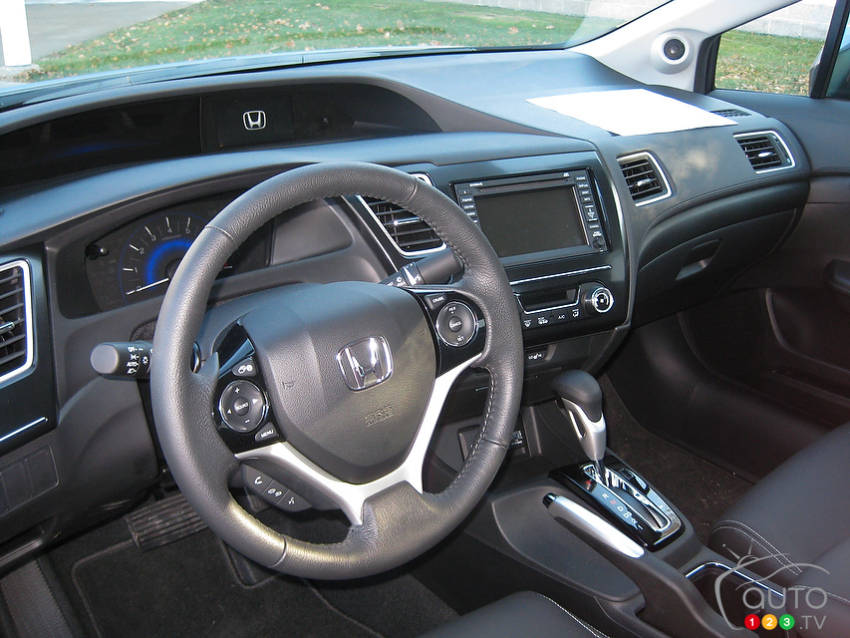 Review of the 2018 Honda Civic Touring