The new 2017 Chevrolet Colorado ZR2, a midsize truck designed for off-road driving, was first unveiled last November at the Los Angeles Auto Show. The first production vehicles have now started to roll off assembly lines at the automaker’s plant in Wentzville, Missouri, and will be delivered to consumers beginning this month.

Sales are scheduled to start soon in Canada, with a starting base price of $44,125.

One of the very first units of the Colorado ZR2 produced was bought by Hall Racing’s Chad Hall, who plans to use his new acquisition during the Best of the Desert series taking place over the course of the summer.

The new truck distinguishes itself from its regular Colorado sibling by the inclusion of tracks that are roughly 9 cm wider, a suspension lifted by 5 cm, an undercarriage optimized to handle rocks and other obstacles and modified bumpers that improve ground clearance, as well as an off-road driving mode and 31-inch Goodyear Duratrac off-road tires. 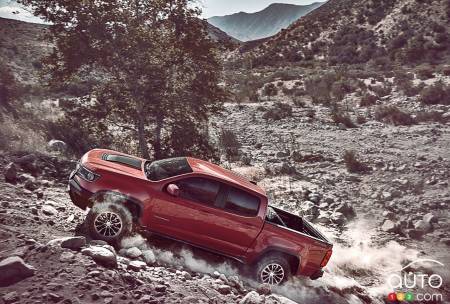 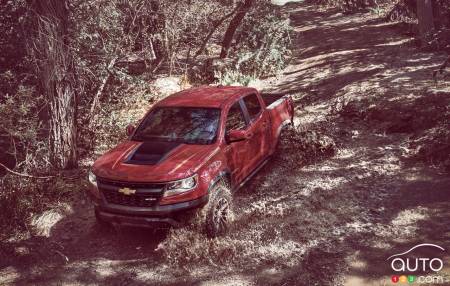 The Colorado will get an even more unbridled version. The ZR2 Bison will be developed in collaboration with U.S. firm American Expedition Vehicles, which als...

Chevrolet aims to please fans of trucks and of modified vehicles ahead of the SEMA Show with its announcement that it will produce two editions of the Colora...

With this new edition, Chevy is stating its clear intention to reclaim its position at the top of the midsize pickup segment. And no efforts have been spared...