Auto123.com will be crowning winners of the 2019 Auto123.com Awards for best vehicles of the year on November 21 in Toronto. We’ve already unveiled the three finalists in each of the 19 categories; today we look in more detail at the Luxury Midsize Car of the Year finalists.

BMW’s 5 Series was long seen, by pretty much common accord, as the best car on the market, period. When it got renewed earlier this decade, some criticized it for having turned into a mini 7 Series and lost part of its soul. The model was revised again in 2018, with BMW bringing it back closer to its roots. Translated, that means the current 5 Series offers a more engaging driving experience than it had in recent years.

There’s no shortage of variants on the menu for the 5 Series. In between the base model with its 248-hp 2.0L 4-cylinder and the alpha M5 and its 600 horses, there’s the diesel version, another trim with a 335-hp 6-cylinder, and even a plug-in hybrid. Truly, the buyer has choices galore, and the beauty of it is that there are no duds in the bunch. 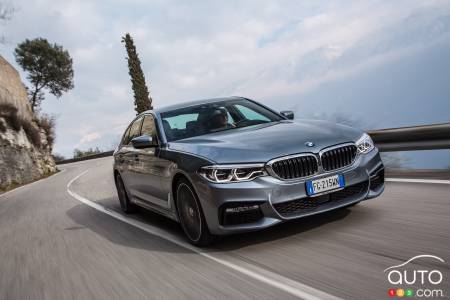 Discreet to a fault since it debuted under the name A6 in 1995, Audi’s midsize sedan still manages to be reference in the segment. This is a car for those who want a luxury vehicle without advertising it to the entire universe, and for 2018 it’s been fully revamped. Updated in its appearance, the new A6 is also much more advanced technologically.

Inside, the inclusion of Audi’s virtual cockpit and of a cutting-edge multimedia system makes for a futuristic in-cabin experience.

Under the hood, meanwhile, there’s only one choice available to buyers, for which the model does suffer in relation to some of its rivals. The manufacturer is expected to announce new powertrain choices, however. This is, as it’s ever been, Audi’s m.o. when it comes to introducing new variants of its models. 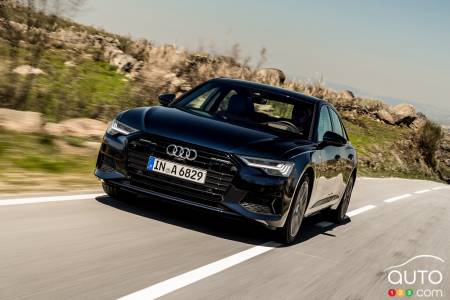 For more than a decade, the position of big luxury sedan on Volvo’s roster was held by the S80. The automaker’s well-known tribulations, which culminated in the purchase of the company by Chinese giant Geely in the early 2010s, meant that it took a long time to produce a successor to that model. Finally, in 2017, Volvo came up with the S90, along with its wagon version the V90. The twin models have been collecting rave reviews ever since, focused especially on the high levels of luxury and comfort found inside.

Even mechanically, the genius move on the part of Volvo to offer three variants of the same 4-cylinder engine (the T8 version of which delivers 400 hp) has to be saluted.

Now, the S90 and its V90 twin will need to prove themselves over the longer term, notably as it pertains to reliability. Historically, Volvo’s record in this domain is not that impressive. 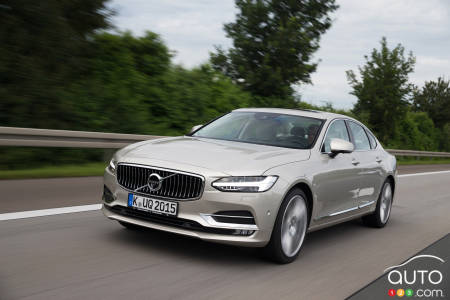 On November 21 we will be naming the winners of the 2019 Auto123.com Awards for best vehicles of the year. Here are the finalists for Midsize Car of the Year...

Audi has completely transformed its 2019 A6, a midsize sedan tasked with competing against the BMW 5 Series and the Mercedes-Benz E Class, among others. Here...