The third-generation of the Porsche Cayenne is about to be unleashed on the world, and this week we learned details on perhaps the most intriguing version of the model, the plug-in hybrid variant that will be available to consumers early in 2019.

The numbers provided by the automaker indicate that the Cayenne E-Hybrid will have all that it takes to please the brand’s discerning customers. Want raw power? The “green” Cayenne will deliver 455 hp and 516 lb-ft of maximum torque. Especially remarkable about the latter figure is that it will be available as of only 1,000 RPM.

That translates into 0-100 km/h acceleration in just five seconds.

Hybrid also means, or it should anyways, reduced fuel consumption. That the new plug-in Cayenne will be able to cover 44 km on a charge should please many consumers. That distance should allow most commuters to get to and from work without burning a drop of gasoline.

Fuel consumption of a plug-in vehicle is notoriously hard to measure, because it depends almost entirely on the user’s driving habits and the roads they use. The company is advancing an average of around 3.5L/100 km.

Technologically, the boost strategy used in the Cayenne E-Hybrid is also found in the 918 Spyder supercar. The performance-assistance system is actually active in all drive modes that come with the standard Sport Chrono package. The degree of assistance it provides varies depending on the drive mode selected. In all, six modes are available, ranging from performance to an all-electric approach.

The electrical unit of the plug-in Cayenne can be recharged to 100%  in just under two-and-a-half hours at a rapid charging station. That climbs to 8 hours on a regular outlet.

When it hits Canadian dealerships in 2019, the new Porsche Cayenne E-Hybrid will carry a starting price of $91,700. 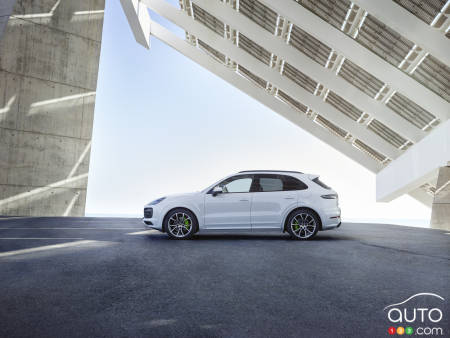 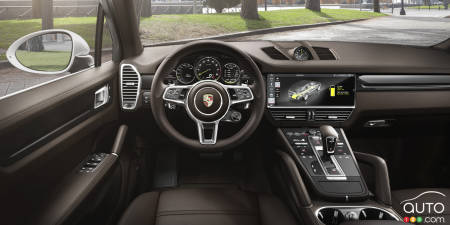 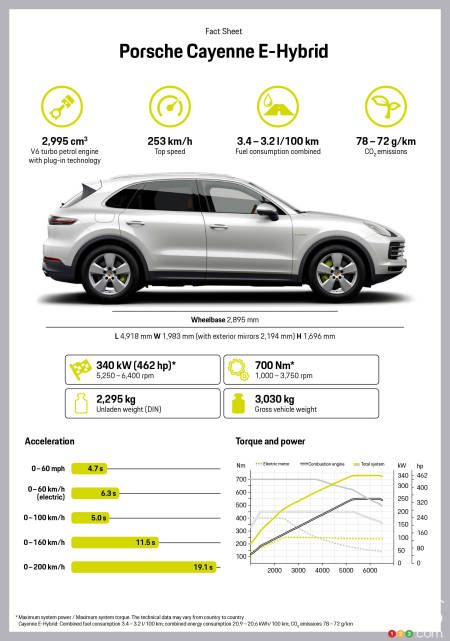 Does the new Taycan carry the spirit of the Porsche brand...

Will the future electric sports car from Porsche be inhabited by the same soul found in all Porsche models to date? Porsche has just released a new video tha...

Articles By
Daniel Rufiange
A Turbo Engine for the 2021 Mazda3?
Article
No Summer Break for GM Factories This Year
Article
Hyundai Shows Its Tweaked 2021 Santa Fe
Article
More from this author