We reported recently that Porsche had announced it was getting “fantastic” feedback since providing the first sketches and details regarding its future Taycan model, the first all-electric car to be produced by the manufacturer. Yesterday the automaker released some more data regarding its performance. The Taycan will benefit from 600+ hp from its powertrain, and have a range of around 500 km.

While the strong interest is certainly good news for the German automaker, the project represents quite a logistical puzzle to solve if and when the model goes into production.

Porsche has already announced that the Taycan will be built at the company’s famed Zuffenhausen complex, which includes several buildings currently busy producing the 911, Boxster and Cayman, as well as the Porsche museum and several of the company’s administrative offices.

Porsche has also said it aims to produce 20,000 units of the electric car annually.  This will necessarily require the solving of some logistical challenges. For starters, the assembly of a new model with an entirely new powertrain will necessitate significant modifications to a plant. At the same time, Porsche has to maintain the pace of production of the existing models cited above.

The firm’s head of production, Albrecht Reimold, acknowledged the complexity of balancing different needs and realities in a statement released earlier this month.

“Finding the right location is a difficult decision. Transforming the existing factory costs a lot of money, moving to a new location as well. Transforming a factory while the production lines are running at full capacity is not an easy task.”

“The existing location has to be demolished and rebuilt in a short time, but at the same time the production of the 911 and 718 Boxster and Cayman must continue to run. That makes it not only difficult in terms of time and money, but also in terms of logistics and mobility. After all, we are in a location where there is already a factory, where other companies are nearby and where people live nearby.” 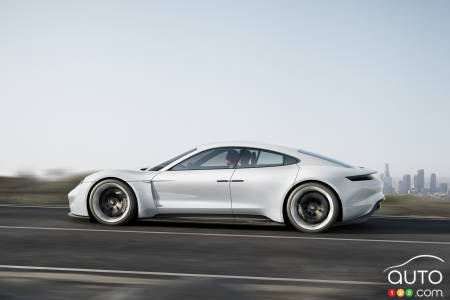 For their part, the workers who will actually be building the Taycan have thrown their hat into the ring, notably by agreeing to a salary freeze until 2026 in order to help finance the project.

That’s not something you see every day, and it’s a reflection of the deep belief Porsche employees have in the project and in their company. Porsche is promising they will see benefits from their “investment” starting in 2026.

The Taycan, known until recently as the Mission E when it was still in concept form, is scheduled to make its public debut next year before entering production.

Porsche is promising, in addition to that range of around 500 km, 0-100 km/h acceleration in 3.5 seconds and a top speed of 250 km/h. The battery, with a total capacity of 800 volts, can be recharged to 80% in just 15 minutes at a fast-charging station, according to the manufacturer. 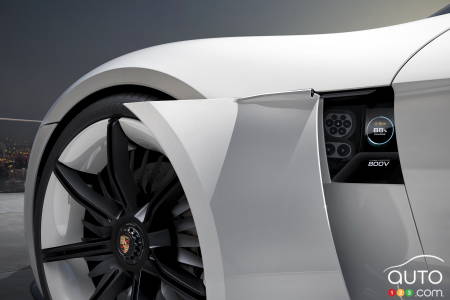 Does the new Taycan carry the spirit of the Porsche brand...

Will the future electric sports car from Porsche be inhabited by the same soul found in all Porsche models to date? Porsche has just released a new video tha...

Porsche has put its Taycan all-electric model through a last 24-hour endurance designed to reveal any possible faults, before the model goes into production.