There was time, in the early 1980s, when the Chicago Auto Show was considered by many to be the most important event on the automotive calendar in the United States. Over one million visitors came through the doors of the McCormick Center and a typical media day usually featured more than one world premiere.

That was until Detroit decided to promote its own car show, with the support and material aid of the big American manufacturers. Detroit’s North American International Auto Show (NAIAS) had long been strictly a regional affair, of smaller scale than the annual Montreal Auto Show, for example. With the injection of large sums of money by the automakers, as well as the support they provided by staging spectacular premieres at the show, the Motor City event became the go-to event early in the calendar year, supplanting Chicago. The Windy City saw its auto show get demoted to regional status, held a month after the big Detroit show, in February.

But now things could change yet again. The announcement by the organizers of the NAIAS that it will move its show to summertime beginning in 2020 leaves the door open to Chicago to regain its title. At the very least, it will once again be able to claim it’s the biggest automotive event early in the year.

Unless, of course, the folks behind the Los Angeles Auto Show decide to move their event back from November to January, when it was held previously. 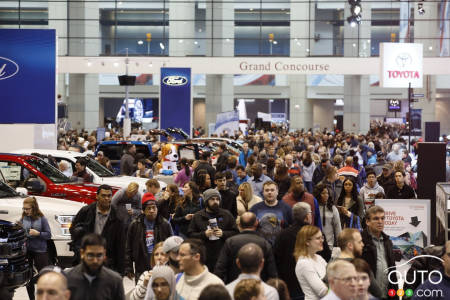 Already more aggressive
With a number of automakers having dropped the Detroit show from their schedule in the last couple of years, the organizers of the Chicago event decided to do what it could to give its own show added lustre and significance. Already, this year’s show, which gets underway this week, has several meaty unveilings on the schedule – unlike last year when there were but one or two new reveals of any note, and even those were b-level. The majority of manufacturers have let it be known that they are putting more focus on Chicago 2019 than they did the 2018 edition.

What's more, organizers have teamed up with Nissan USA to invite a number of journalists and even reserve a train car to transport Detroit-based writers to Chicago - a great way to avoid the legendary winter-related delays that inevitably beset journalists flying in for the event. When you consider the large number of automotive journalists based in the Motor City, this seems more than worth the trouble for the Chicago Auto Show! 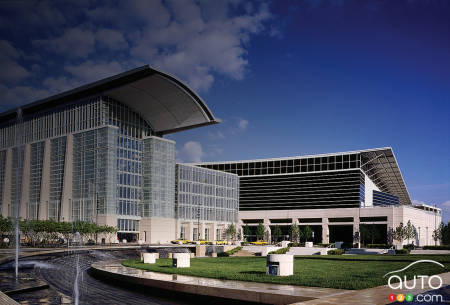 It’s also worth noting that Chicago’s convention, the biggest of its kind in North America, is equipped like no other for a car show. Unlike in some other cities, there’s no need for making one’s way through endless corridors, taking escalators or stepping outside (like in LA) to visit all of the exhibition spaces. The Chicago facility includes two massive halls that face each other and are connected by a short corridor.

What’s more, the place is directly connected to two big hotels – a Hyatt and a Marriott. This makes the McCormick an even more attractive venue, to go with its 2.5 million sq-ft of exhibition space. That by the way is triple what the Detroit and New York venues can offer their annual car shows. It’s enough to allow for a test track inside the building, no less.

It seems like there’s a confluence of factors working in the Chicago auto Show’s favour. Now it remains to be seen if the show’s organizers can take the ball and run with it.

Stay tuned for our full coverage of the 2019 Chicago Auto show this week; we’ll be on hand to report on all the big new products being presented. 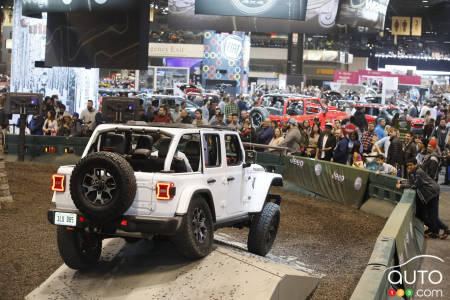 The number of presentations was definitely on the upswing at this year’s edition of the Chicago Auto Show, even if only two of them involved wholly new gener...

Toyota presented a TRD Off Road edition of its popular RAV SUV at the Chicago Auto Show this week. The 2020 RAV4 gets some distinct mechanical components to ...

Mazda rolled out out a striking Racing Orange 30th anniversary edition for the 2019 Mazda MX-5 at the Chicago Auto Show, paying tribute to the early glory da...