Ford has put on the official reveal of its all-new 2020 Ford Escape, laden with new technologies and a hybrid system, and all of it wrapped in a modernized, more contemporary-looking shell. In Canada, where the Escape is currently the brand’s best-selling model after the F Series truck, Ford has high hopes that it will maintain a position of strength in one of the most popular and ferociously fought-over segments in the industry.

Urbanized
While Ford promises its compact SUV has lost none of its ruggedness, in many ways the new Escape is a more urbanized creature. The sportier look it carries takes inspiration from some of the more high-profile sports models in the Ford lineup. So it is that the front end borrows from the Ford GT and the grille takes its cue from the Mustang.

That new streamlined nose combines with the more-sloped roofline to fairly radically alter the character of the new Escape. The model has also shed more than 90 kg in comparison with the outgoing edition; this was accomplished in good part by using more lightweight high-strength steel. 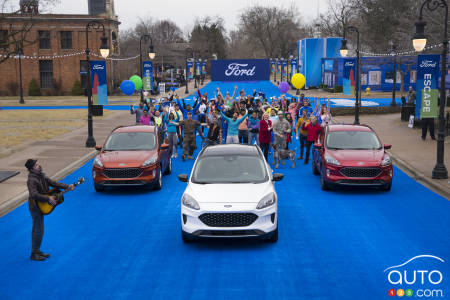 The interior
Ford promises increased headroom in both rows of seats, this in spite of the sloped roofline, as well as improved shoulder and hip room in both rows in comparison with the current Escape.

Cargo space remains unscathed despite the presence of the hybrid system, thanks to a smaller battery pack (one-third the size of the old Escape Hybrid battery) and its placement under the second-row seats. Total cargo space, when the second-row seats are placed forward on their rails, is 1,062 litres.

Tech
The new Escape comes equipped with the Ford Co-Pilot360 system and includes optional systems like Adaptive Cruise Control with Stop-and-Go and Lane-Centering. Also available are  Active Park Assist 2.0 and Evasive Steering Assist. A wireless charging pad is an option as well, as SYNC 3 which brings with it Apple CarPlay, Android Auto and Waze navigation.

The standard FordPass Connect system provides 4G LTE Wi-Fi for up to 10 mobile devices with compatible wireless subscription service. FordPass Connect also gives drivers remote access to their Escape, allowing them to use their smartphone to lock, unlock, locate and start the vehicle and monitor vehicle diagnostics.

SE versions and above get an 8-inch touchscreen that connects with the (available) 12.3-inch digital instrument cluster in front of the driver. 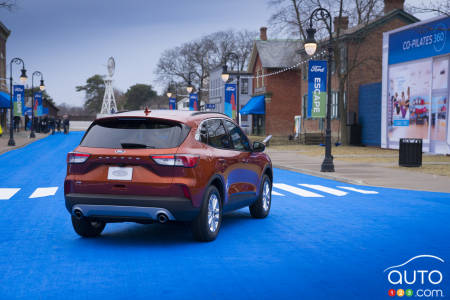 Performance: new powertrains
The overall weight loss should enhance the performance capabilities of the 2020 Escape, which gets a default new 1.5L EcoBoost engine for the S, SE and SEL trims. That unit delivers 180 hp and 177 lb-ft of torque (when fed 93-octane fuel), and it comes with a new cylinder-deactivation system for improved fuel economy. It’s rated to two up to 900 kg (2,000 lb).

The Titanium edition of the new Escape comes standard with Ford’s new 4th-generation hybrid propulsion system. This powertrain is centered around a new 2.5L Atkinson cycle hybrid engine and electronic CVT transmission, connected to a front-wheel-drive system. Combined output for this unit is 198 hp. 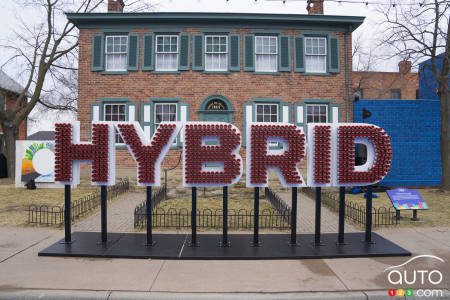 As for the plug-in hybrid variant, it can be opted for on each version (except for the S), and Ford projects an all-electric range of 48 km. Using a Level 1 charger, it should take 10-11 hours to recharge the battery in this configuration; a Level 2 charger brings that time down to about 3.5 hours.

The Escape Hybrid gives the driver control over the settings they want to use according to driving situations – unless they don’t want to deal with that. In that case, the Auto EV mode manages the gas engine/electric motor combo. Other modes include EV Now, which runs the car in all-electric mode; EV Later, which runs solely the gas engine while preserving battery charge for later; and the new EV Charge mode. In this configuration, the battery is charged while the vehicle is being driven.

The new Ford Escape is due to arrive at dealerships later on in 2019; pricing will be announced closer to launch. 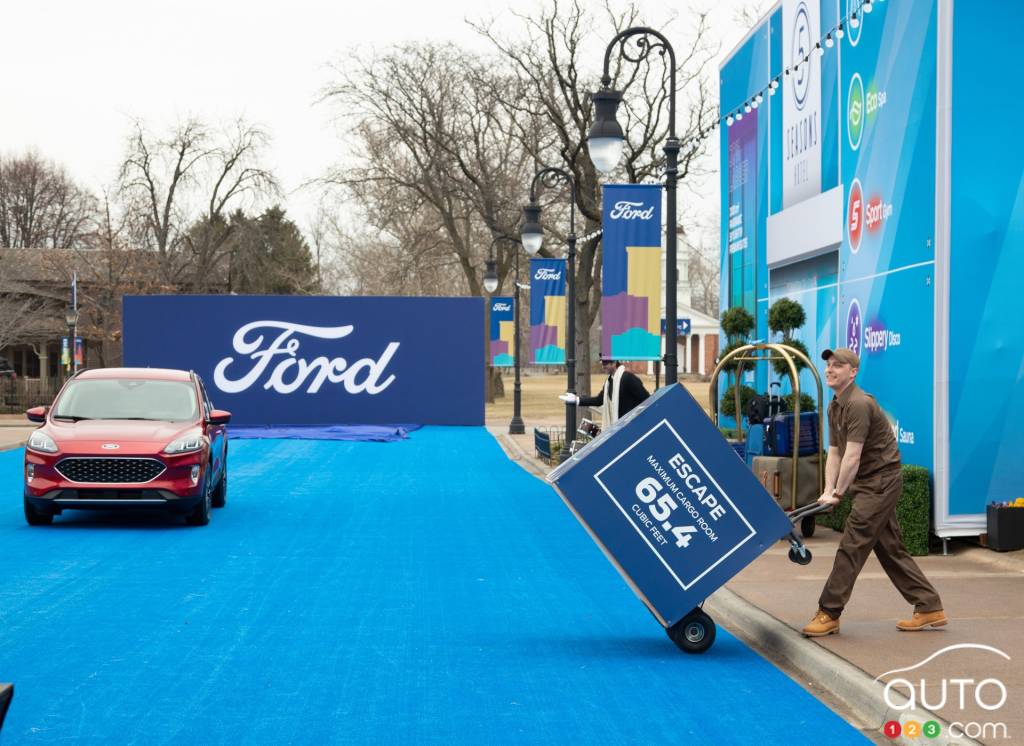 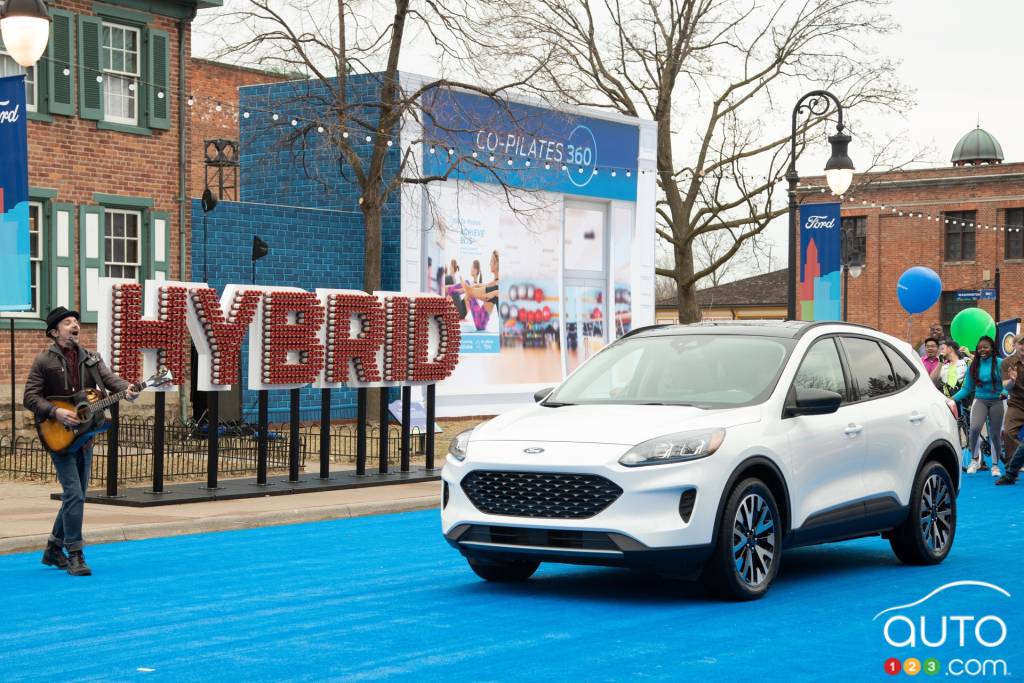 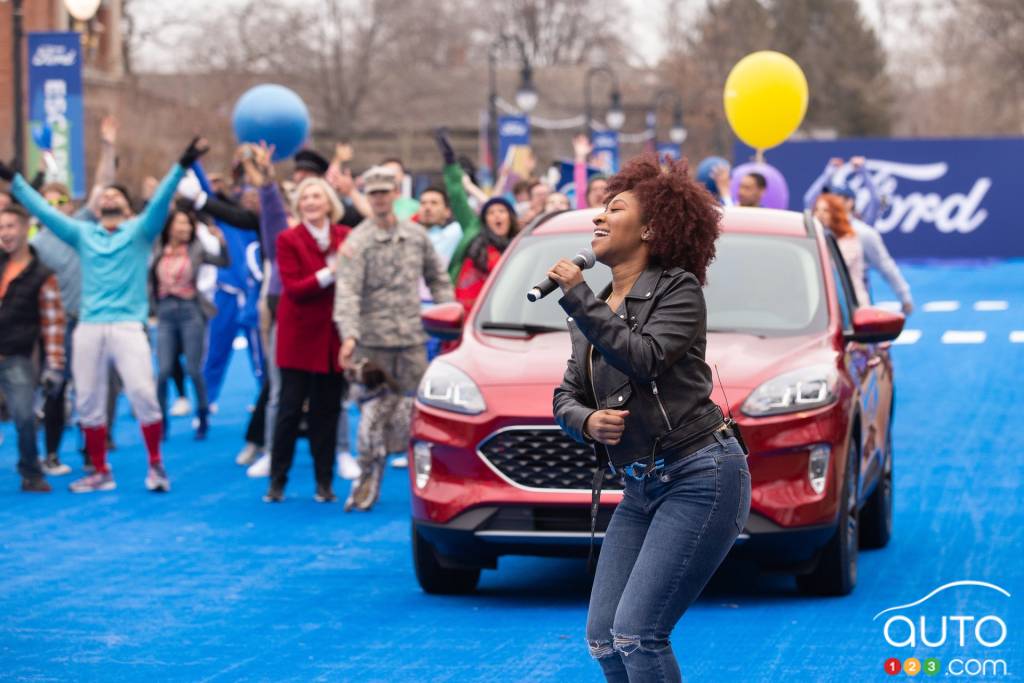 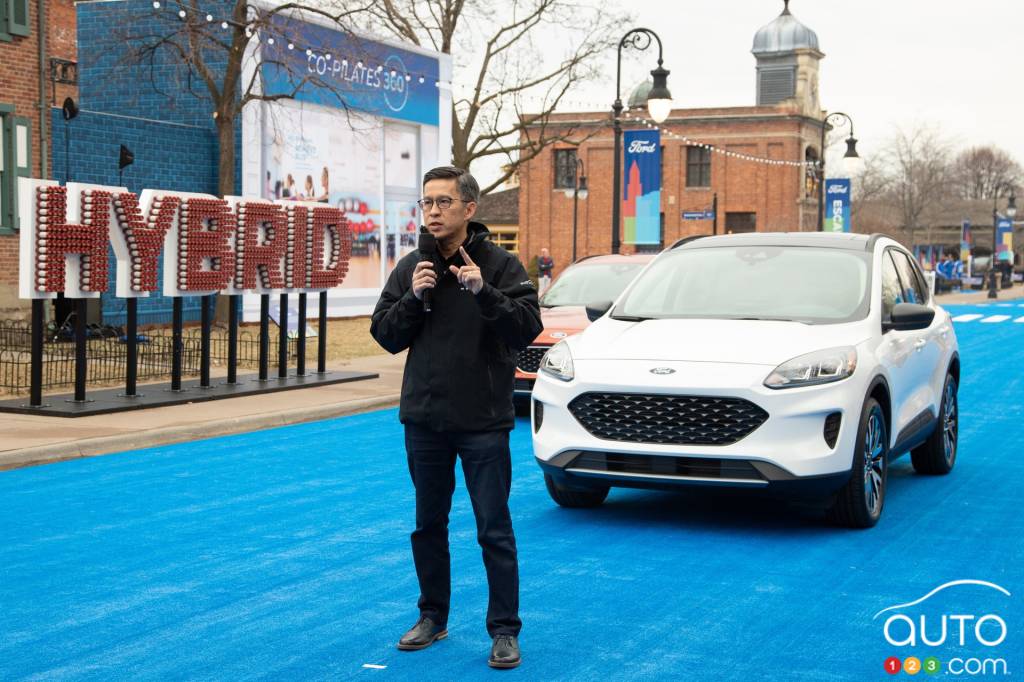 BMW says it is recalling 26,900 plug-in hybrid vehicles due to a potential short circuit. Because it does not yet have a solution for the issue, the automake...