The gifts keep coming even as Christmas Day 2019 recedes into the past. Genesis has marked the arrival of the new year with the first images of its very first SUV ever, the 2020 Genesis GV80.

The GV80, which will compete in the midsize luxury SUV segment, is available for sale as of this month in South Korea, and it should arrive in North America a bit later in the year. It will be charged with making life a little more difficult for the likes of the Acura MDX, BMW X5 and Audi Q5. 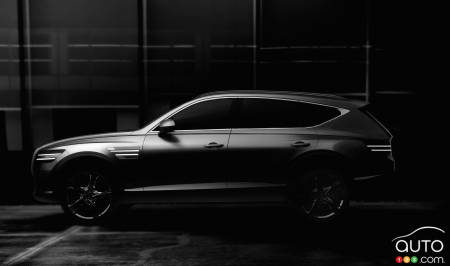 Details regarding the model won’t be revealed until a little later, but one of the tidbits we already know is that it will be built on a Genesis-exclusive platform that will use a rear-wheel-drive system. The model works with a V6 engine, though word is that a plug-in hybrid version is in the works for later on.

Genesis says that the GV80 will serve to more sharply define the brand design signature. From the photos we can see that in play in regards to the headlights and the front grille. An interior image was also released by Genesis, and it reveals a minimalist design that incorporates two screens (multimedia and instrument cluster), as well as a central console decked in wood elements and featuring a streamlined set of commands. 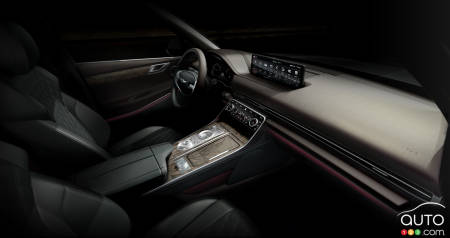 The GV80 is the first of three SUVs Genesis plans to introduce in the coming years. The other two will likely slot in below the 80, and they’ll be known as the GV70 and GV60.