The members of the World Car of the Year (WCOTY) jury have made their choices for the new year: the Kia Telluride has been named 2020 World Car of the Year. As determined by an international jury of automotive experts, the award each year recognizes the best arrival on the market of a new or wholly revised model.

And for the Telluride, this is just the latest in a succession of awards racked up since its introduction. The SUV won out over two other finalists, the Mazda CX-30 and the Mazda3. 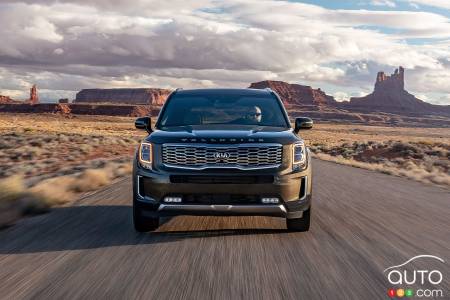 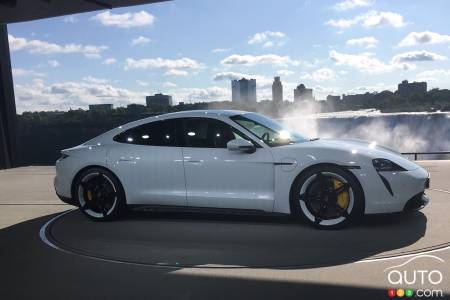 Beside the Telluride, another Kia also saw its name engraved on a 2020 WCOTY award. The Kia Soul EV was deemed World Urban Car of the Year; the jury preferred it to the Mini Cooper SE and the Volkwagen T-Cross.

Lastly, the Mazda3 did take home a consolation prize, the award for World Car Design of the Year. Big winner the Kia Telluride inherits the crown from last year’s winner, the Jaguar I-Pace electric car. Prior winners of the top award include the Volvo XC60 in 2018, the Jaguar F-Pace in 2017 and the Mazda MX-5 in 2016.

The WCOTY organization is fully independent and not tied to any media publication. This is the 16th year it has handed out its awards. One has to wonder if its job won’t be a little trickier in 2021, what with an as-yet-unknown number of scheduled launches being postponed or cancelled in this most unusual year.

The Automobile Journalists Association of Canada (AJAC) has named the six finalists still in the running for 2021 Canadian Car and Utility Vehicle of the Yea...

2020 was easy for exactly no one, but at Auto123 we nonetheless test-drove a number of models that made an impression on us. Here are 10 models that caught t...

Articles By
Daniel Rufiange
The Ecto-1 Returns in the next Ghostbusters m...
Article
The Chevrolet Camaro Could Make Way for… an E...
Article
DBX Boosts Aston Martin’s YTD Sales by a Whop...
Article
More from this author