Next week Porsche will use the occasion of the Los Angeles Auto Show to present the new 8th generation of its 911. There will, no surprise, be much continuity in terms of the car’s design, but there is one element that makes this new edition a particularly noteworthy one.

And that would be the modified platform whose greater flexibility will allow for the addition of electrified variants. The objective is to produce a 911 hybrid in the near-future. The changes made to the architecture also enable shifting the mechanics and the components of the suspension system slightly, giving the automaker more flexibility for changing settings and configurations.

The first variants of the new 911 to hit the market will be the Carrera and Carrera S, but these will followed in fairly quick order by the Turbo, 4S, GTS and GT3, et al.

Mechanically, the 3.0L 6-cylinder engine of the base models will get a boost in power from 370 to 385 hp. As for the S trims, output will increase by 30 hp for a total of 450. The 7-speed manual gearbox is back, but the PDK 7-speed dual-clutch automatic transmission gives way to an 8-speed unit. 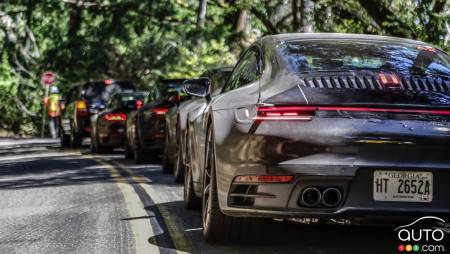 We can also expect that Porsche will offer its 911 with just the one chassis width. Previously the automaker produced a wider body for the high-performance models and those with all-wheel drive. Instead, the 992 (its code name) will come with only one width in the back, 72 inches.

Inside, the new 911 well and truly enters the digital age, but we’ll likely also see an analog tachometer gauge. A big screen sitting at the top of the central console will be the portal to the multimedia’s various functionalities.

Fun fact: the new eighth-generation 911 will debut 55 years after the presentation of the very first 901 (as the 911 was first called) at the Frankfurt auto show in 1963. The name change happened because the 901 name actually belonged to Peugeot. 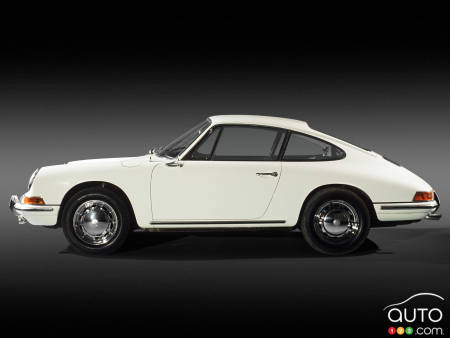 Porsche chose the Los Angeles International Auto Show as the stage for the world debut of the 2020 Porsche 911 (992). Why not Frankfurt or Geneva? For one th...