Assembly hasn’t yet started on the Porsche Taycan, the first electric vehicle for the German automaker, and already production estimates have been revised upwards. Why? Demand has blown past the company’s original estimate.

Which is clearly great news for Porsche, as well as a positive omen for the future of the electric car. The level of interest in the technology continues to rise.

In the case of the Taycan, the level of interest it has garnered is a bit of a surprise, not because of the quality or character of the future all-electric model but because of the price tags that will come attached to it.

Cost has clearly not deterred consumers. Porsche boss Oliver Blume says that demand was strong enough that the company was revising its planned production run upwards. The increase would be applied equally to the sedan and the Cross Turismo version. 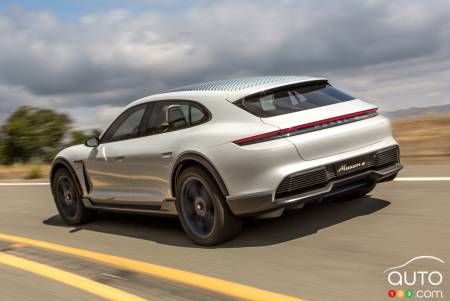 At the outset, Porsche planned to build 20,000 Taycan annually, but demand in most countries was such that it became clear this was not going to be enough. The example of Norway is a striking one. The company normally sells about 600 cars there per year. To date, 3,000 buyers have forked over deposits to reserve a Taycan.

Granted, a country like Norway is particularly suited for a pricy electric model, but the numbers are still stunning.

Porsche had actually anticipated the possibility of boosting the production numbers. The model will be built in a new plant in Zuffenhausen, Germany, and benefit from its own assembly line and paint shop.

Earlier this year Porsche revealed some of the specifications of its Taycan. The car will be powered by a 600-hp powertrain and get a range of around 500 km. An 800-volt electrical system will make it possible to charge the battery to 80% in just 15 minutes and a rapid charging station.

It’s expected that Porsche will subsequently introduce shorter-range versions of the Taycan that deliver less power. This is Porsche usual m.o. with its models and it shouldn’t be any different in the case of the Taycan.

Production of the Taycan is set to get underway in mid-2019. 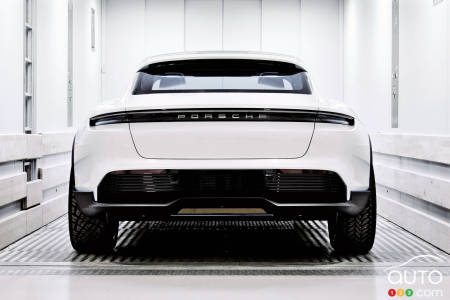