The long wait is over; after 16 years off the market, the Toyota Supra is back among us. Innumerable teasers and spy shots that floated around the Internet over the past several months were followed by the big debut of the 2020 GR Supra at the Detroit auto show just last week. Now the 5th-generation Supra has made its Canadian premiere at the Montreal Auto Show.

The new Supra is a two-door coupe built on a lightweight, sport-tuned chassis, with a low centre of gravity and 50/50 weight distribution. Powering the car is a front-mounted 3.0L inline-6 turbo engine, paired to an 8-speed transmission and rear-wheel drive; paddle shifters are mounted on the steering wheel. Total output is 335 hp and 365 lb-ft of torque. 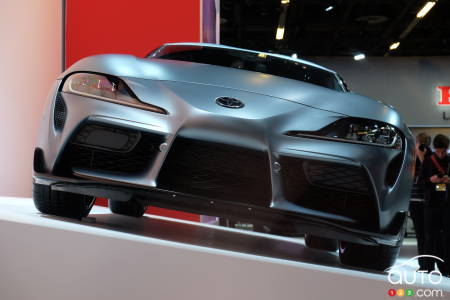 The front grille of the sports car is bold and prominent and is flanked by two large air intakes, while in back, the prominent, arching rear integrated spoiler helps to suppress aerodynamic lift. The trapezoidal rear bumper shape conveys a dynamic sense of movement toward the tires.

The model also gets an active differential and adaptive suspension, both offered standard. In terms of acceleration, the car musters a 0-100 km/h time of 4.1 seconds. 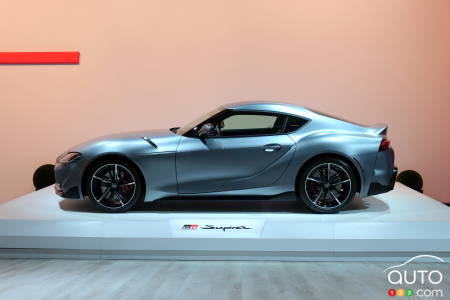 As part of its mission to make the revived 2020 Supra a practical as well as a thrill-inducing car, Toyota has given drivers the choice of two drive modes: Normal and Sport. The latter reduces intervention of the traction and stability control functions as well as sharpening throttle response, increasing steering weight, improving transmission shift crispness, more aggressive active differential tuning and amplifying exhaust sound.

Word is that the 2020 Toyota Supra will get a starting price in the United States of around $50,000, which leads us to expect a Canadian price of between $60,000 and $65,000 CAD. But Toyota Canada has not yet announced anything definitive; stay tuned. 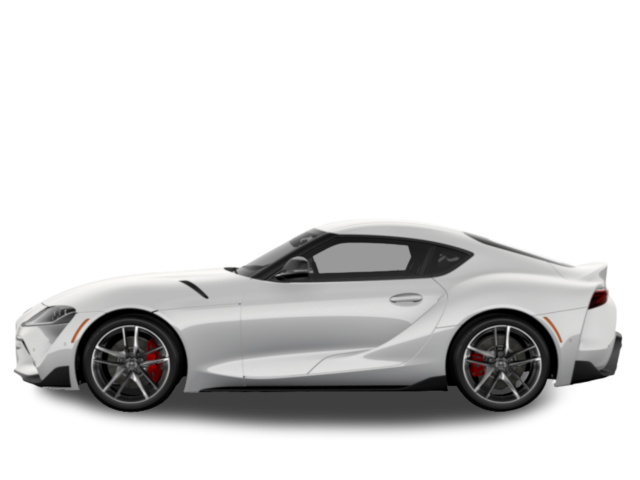 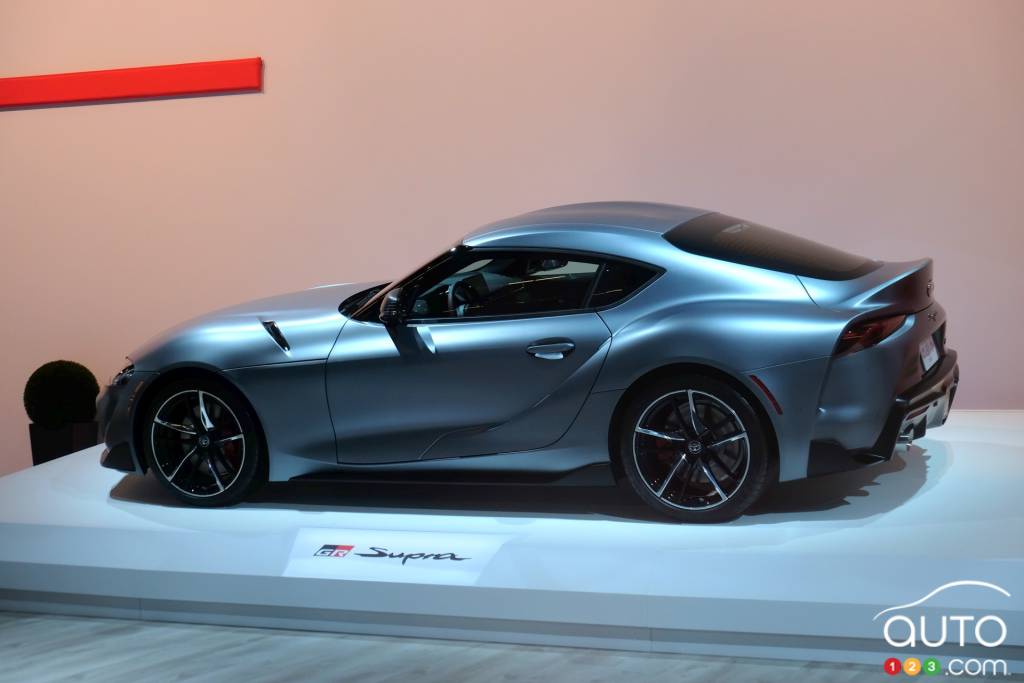 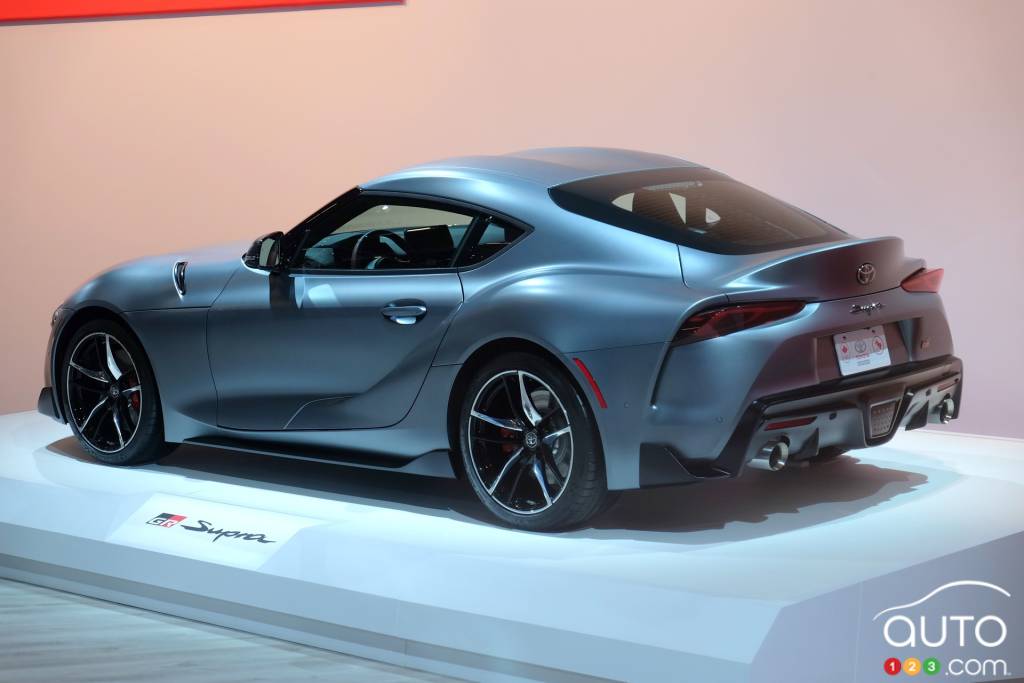 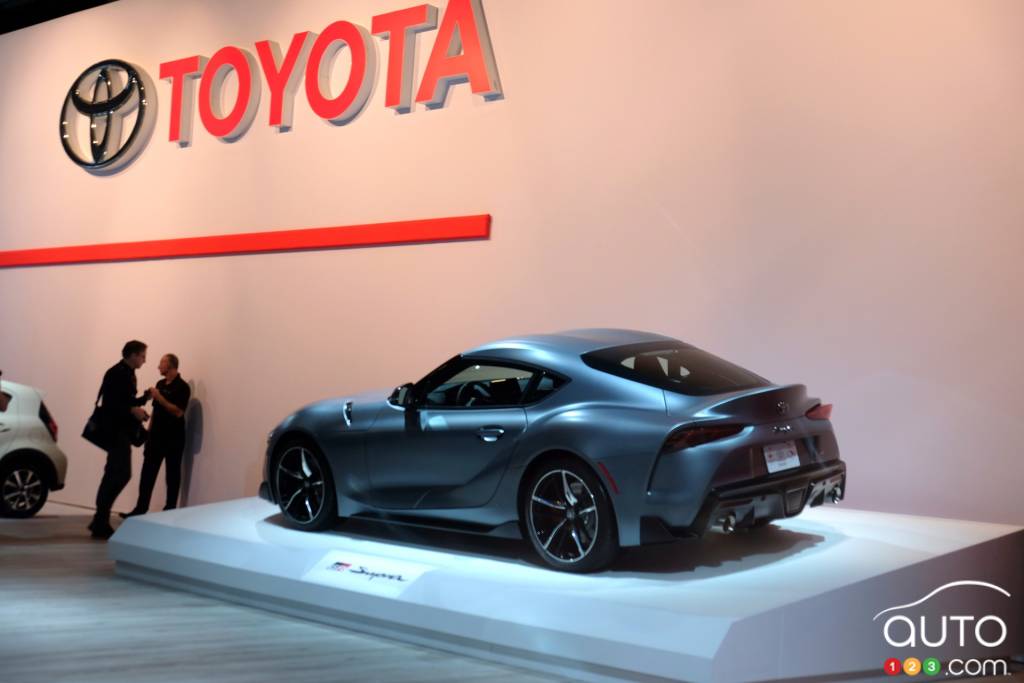 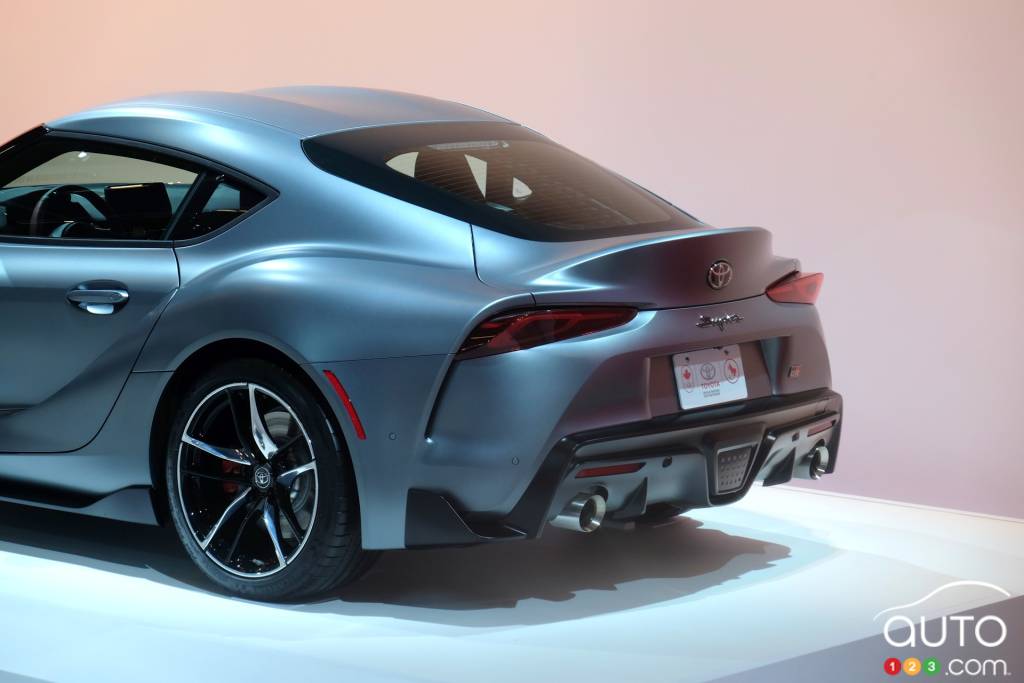 The Toyota Supra is reborn. The 5th-generation GR Supra has been officially unveiled at the North American International Auto Show in Detroit. The highly ant...