The hatchback version of the Toyota Yaris was, until recently, one of the most aged models available on the market. To say it was due for an overhaul was to understate how urgent it was for the automaker to update its little car.

Now it’s mission accomplished, of a sort. In order to get a renewed product out quickly, Toyota once again turned to the Mazda catalogue to get it done. The new Yaris Hatchback is a Mazda2 from A to… almost Z. There are different logos of course, and a few other distinct elements to remind us we’re dealing with a Toyota here.

We say once again, because the sedan version of the Yaris is the near-twin of the Mazda2. Perhaps it’s only fitting that Toyota would repeat the strategy with the five-door version. 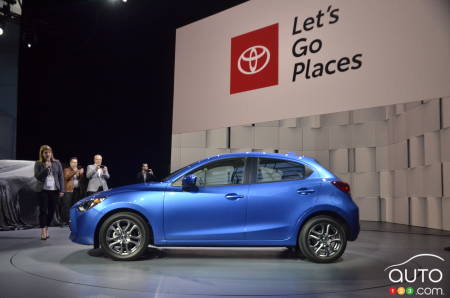 And why is Toyota doing this? Mainly for cost-savings reasons - two reasons, in fact. First off, it saves the company spending the astronomical sums that developing a new product entails. And as we’re talking about a segment that is struggling mightily to hold on to buyers…

Second, because the Mazda2 is assembled in Mexico and not in Europe, Toyota thus avoids paying a series of tariffs that would have prevented it from offering the model at a competitive price point.

Speaking of which, we’ll know on the pricing front when the vehicle is about to launch commercially.

Meantime, what does the product offering include?

Two variants
Toyota is offering two main trims of its Yaris Hatchback: the Le and the XLE. In a rare occurrence, Canadian consumers will actually get something that our neighbours to the south won’t, namely the possibility of going for a 6-speed manual gearbox (with the base version). Otherwise buyers get a 6-speed automatic transmission. This unit even comes with a torque convertor and a Sport mode that makes the main driving elements more responsive.

The engine powering the vehicle is a 1.8L 4-cylinder delivering 106 hp. 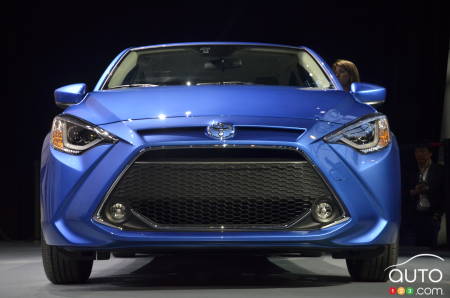 A decent list of equipment
Several features are included from the get-go with the base model, including keyless entry, push-button start and telescopic and inclining steering wheel. Also present is Apple CarPlay integration in the multimedia system (still no Android Auto), voice recognition and Bluetooth technology with streaming.

On the higher (!) trim, buyers also get heated (cloth) seats and a leather-wrapped heated steering wheel.

In terms of safety functions, one standard item is the low-speed active pre-collision system. Both trims also get stability control, electronic brake-force distribution and brake assist, among other systems.

Conclusion
The new 20202 Yaris Hatchback offers what it needs to, but not much more. What will decide its fate is probably the price point attached to it. Price it low enough and Toyota could have a hot success on its hands; price it too high and the model could collect dust at dealers everywhere.

We figure where Toyota sets the pricing will show us whether the company is really committed to the model going forward. 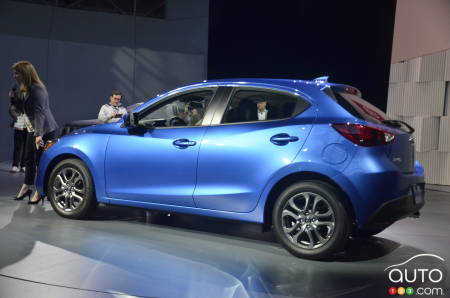 2020 was easy for exactly no one, but at Auto123 we nonetheless test-drove a number of models that made an impression on us. Here are 10 models that caught t...